From Zaha Hadid’s futuristic Opera House, to the sky-piercing Canton Tower, Guangzhou is a place where cutting-edge architecture reflects the pace of change. But it’s not just radical engineering that dominates — Guangzhou’s ancient temples and pagodas tell the story of the city’s incredible history.

Standing 600m above the city, Canton Tower was once the tallest in the world. These honours are short-lived in today’s world but it remains Guangzhou’s most iconic landmark, stretching to the clouds from the Pearl River’s south bank. With slinky curves and a nipped-in waist, Canton Tower is distinctly feminine — in fact, its architect, Mark Hemel was influenced by the female hip joint. To truly understand the city and to get a birds-eye-view of Guangzhou, the 488 Lookout observation deck offers a breath-taking panorama. Canton Tower is at its most beautiful after dark when illuminated in a swirl of rainbow hues. 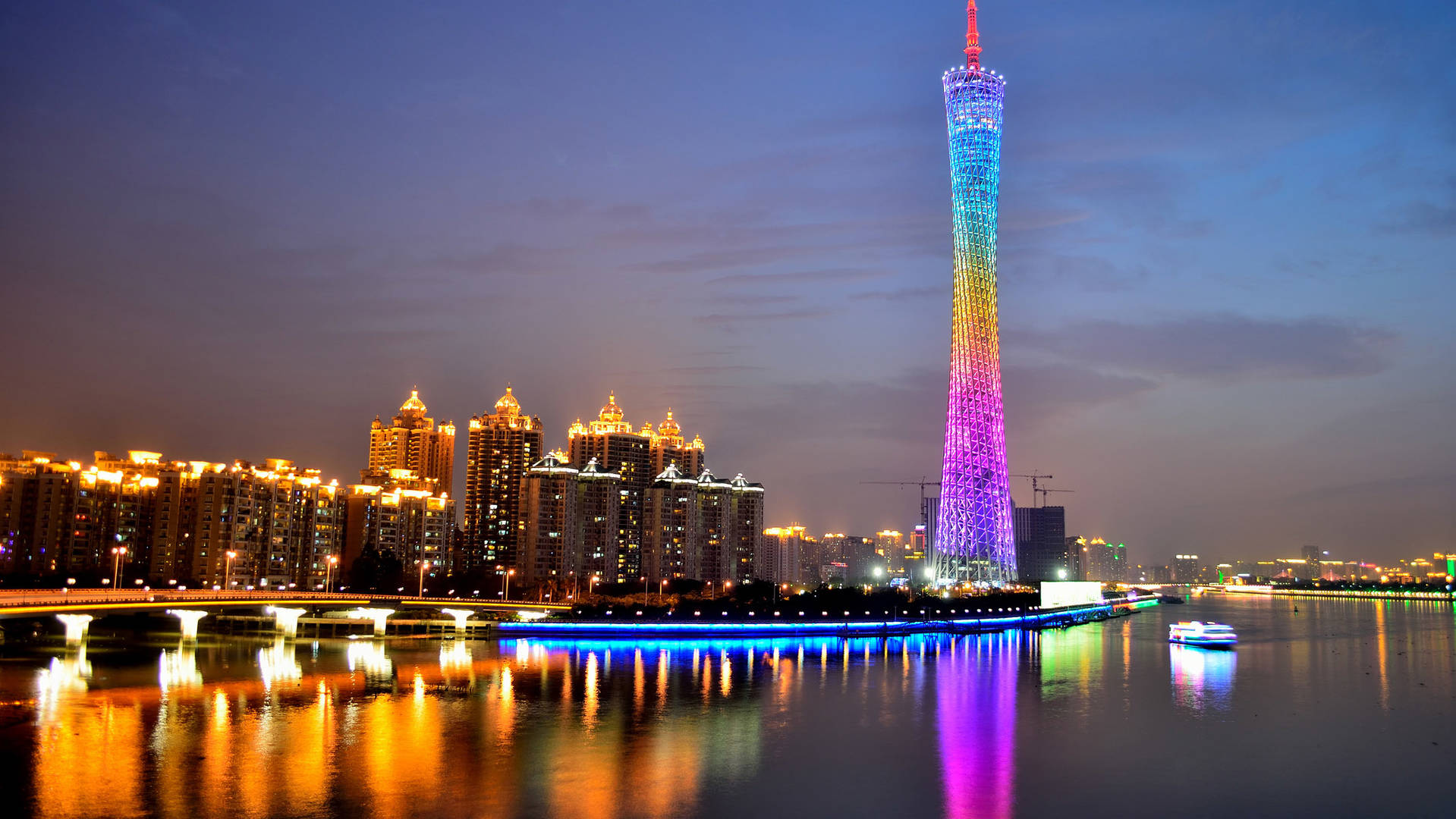 If you visit Guangzhou’s Haizhu Square, look up in wonder – and perhaps confusion – at the Sacred Heart Cathedral. All Gothic spires and rose windows, this unexpected city landmark is more Parisian Notre Dame than Chinese place of worship. The largest Catholic structure in Southeast Asia, it’s an architectural triumph of East-meets-West. French in design but built by Chinese craftsmen in granite, Sacred Heart Cathedral inspires fairy tale romance with its twin towers and exquisite stained-glass windows. This magisterial building took 25 years to build and its two bronze bells were imported all the way from France. 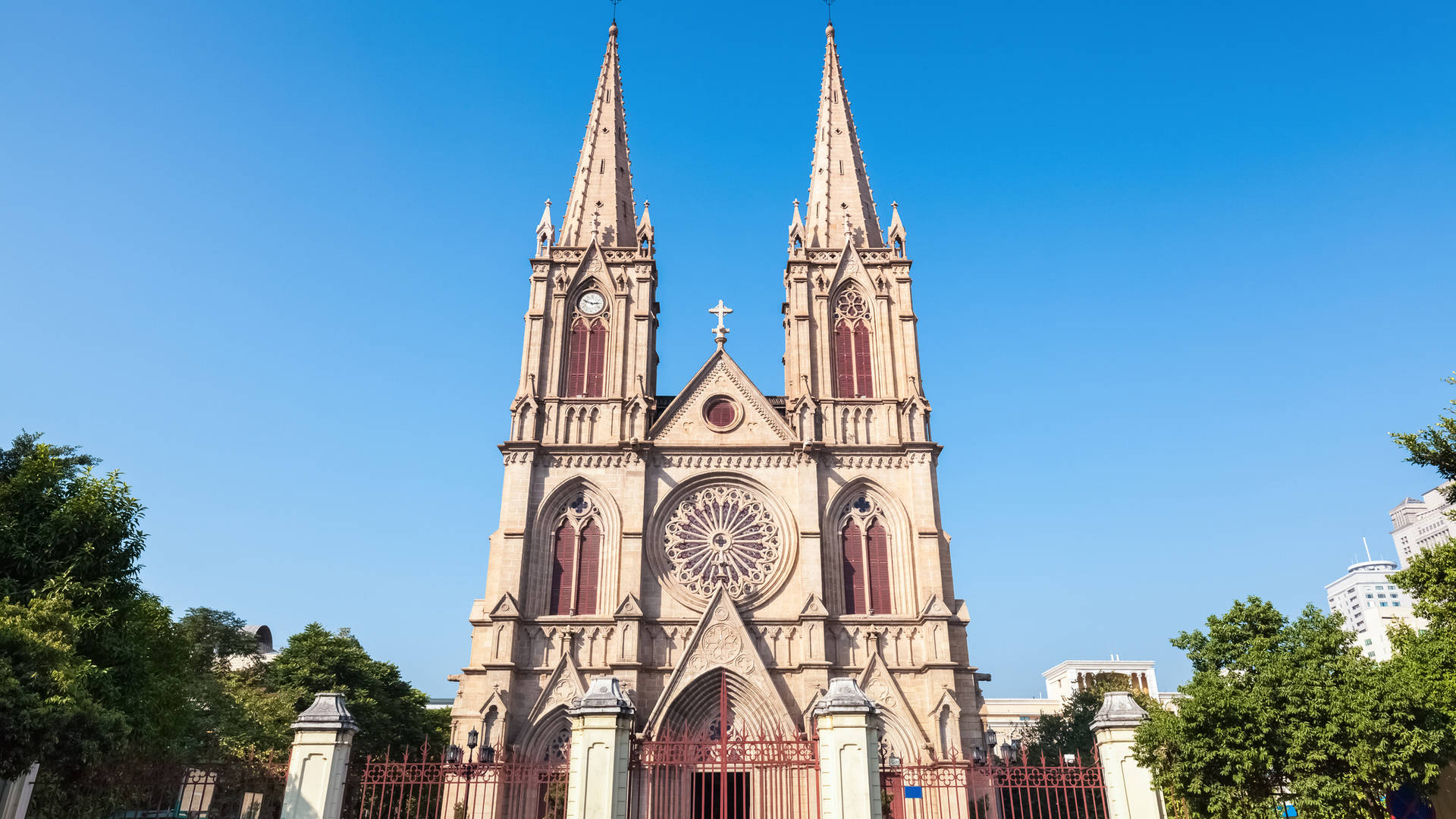 Part spaceship, part sculpture, Zaha Hadid’s futuristic Opera House stands on the banks of the Pearl River. In the shade of neighbouring skyscrapers, the low-rise building flows with the late architect’s signature smooth contours. Designed to resemble two pebbles smoothed by water erosion, Guangzhou Opera House contains two auditoriums, making it one of the biggest opera houses in China. By day, water reflections flood the foyer through tessellating triangular windows, and by night, the bright interior glows through them, creating the most unique silhouette in the city sky.

The inspiration for countless poems and paintings over the centuries, Zhenhai Tower is an imposing, five-floor pagoda. Looking over the greenery of Yuexiu Park, Zhenhai Tower was first built in 1380 on the orders of nobleman Zhu Liangzu. Like many ancient Chinese buildings, Zhenhai Tower has been destroyed and rebuilt countless times. Despite this, the handsome, red sandstone building is one the best-preserved examples of Guangzhou’s ancient past. Adorned with green tiles and Shiwan ceramic glaze, with eaves gently curving skywards, it’s as deeply spiritual as it is atmospherically beautiful. Inside Zhenhai Tower, a museum houses a collection of precious relics, sculptures and Ming Dynastic artefacts dating back thousands of years. 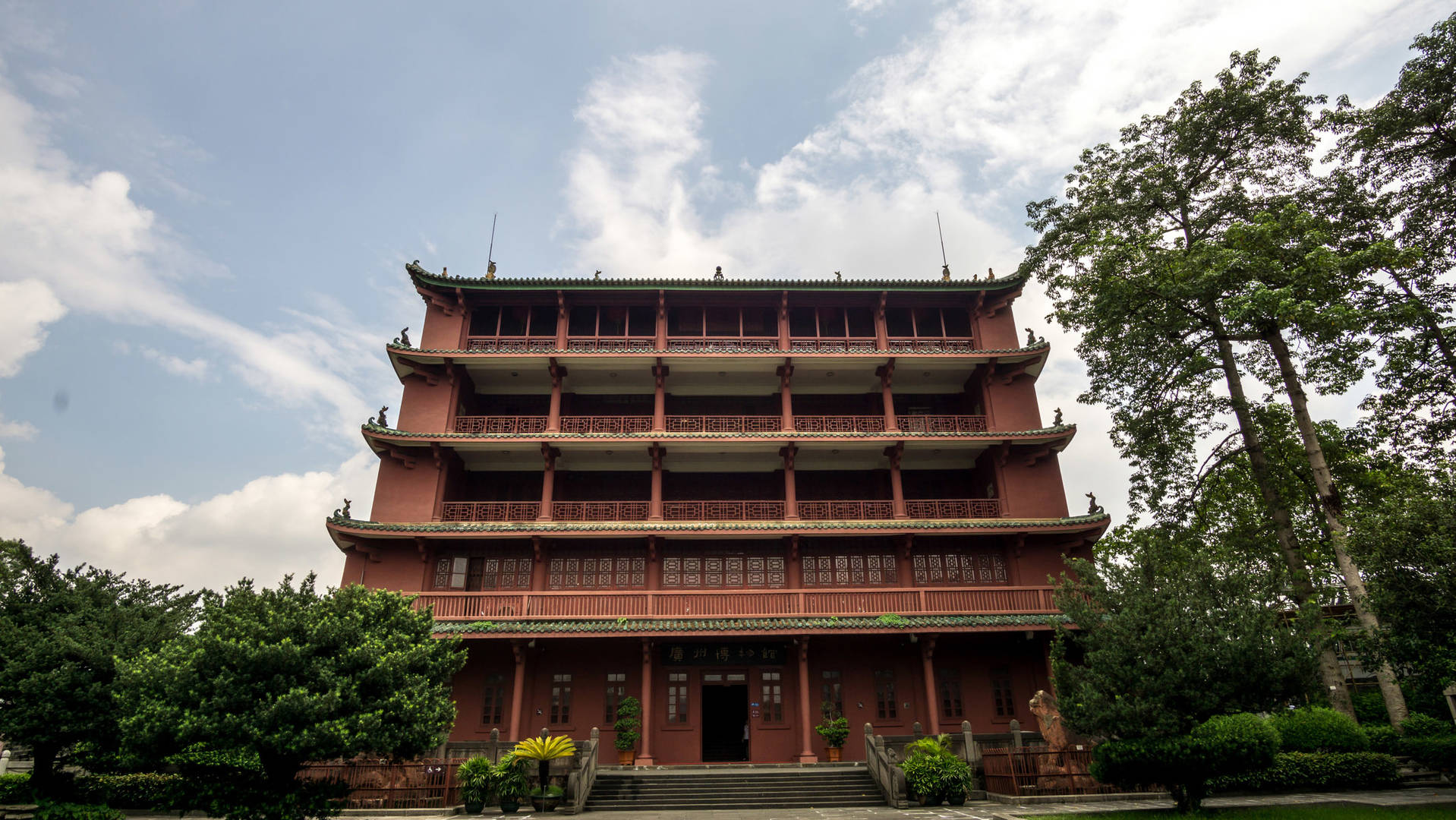 Like a giant Ban Lian coin suspended above the Pearl River’s waters, Guangzhou Circle is a sight to behold. Designed by Italian architect Joseph di Pasquale, the shimmering copper construction is the world’s tallest circular building. The ancient disc of jade (a royal symbol of the Chinese dynasty that reigned in this area around 2,000 years ago) inspired the building’s design. When reflected in the river, Guangzhou Circle resembles the number 8 – a lucky number in Chinese culture. The 33-storey building functions as a corporate headquarters.

For luxurious rooms or serviced apartments in the heart of Guangzhou, Jumeirah Guangzhou and Jumeirah Living Guangzhou are perfectly positioned to explore the city's incredible architecture.