Wanderlust
10 things you need to know about Guangzhou
Dining
Guangzhou: the home of Cantonese cooking
China
Everything You Need To Know About Jumeirah Living Guangzhou
China
24 hours in Guangzhou

From fiery Sichuan to salty Shandong, China is home to complex and varying regional cuisines. But it’s Cantonese food that is China’s biggest regional culinary export, made famous by its juicy sweet and sour pork and the bounciest shumai dumplings. Formerly Canton, the dazzling port city of Guangzhou is the birthplace of Cantonese food and the epicentre of China’s gastronomic scene. Here, cutting-edge architecture sits alongside heritage buildings, while leafy parks punctuate the cosmopolitan city with verdant greenery. Discover where to find the finest Cantonese food in Guangzhou as we explore its street food hotspots and fine dining restaurants. 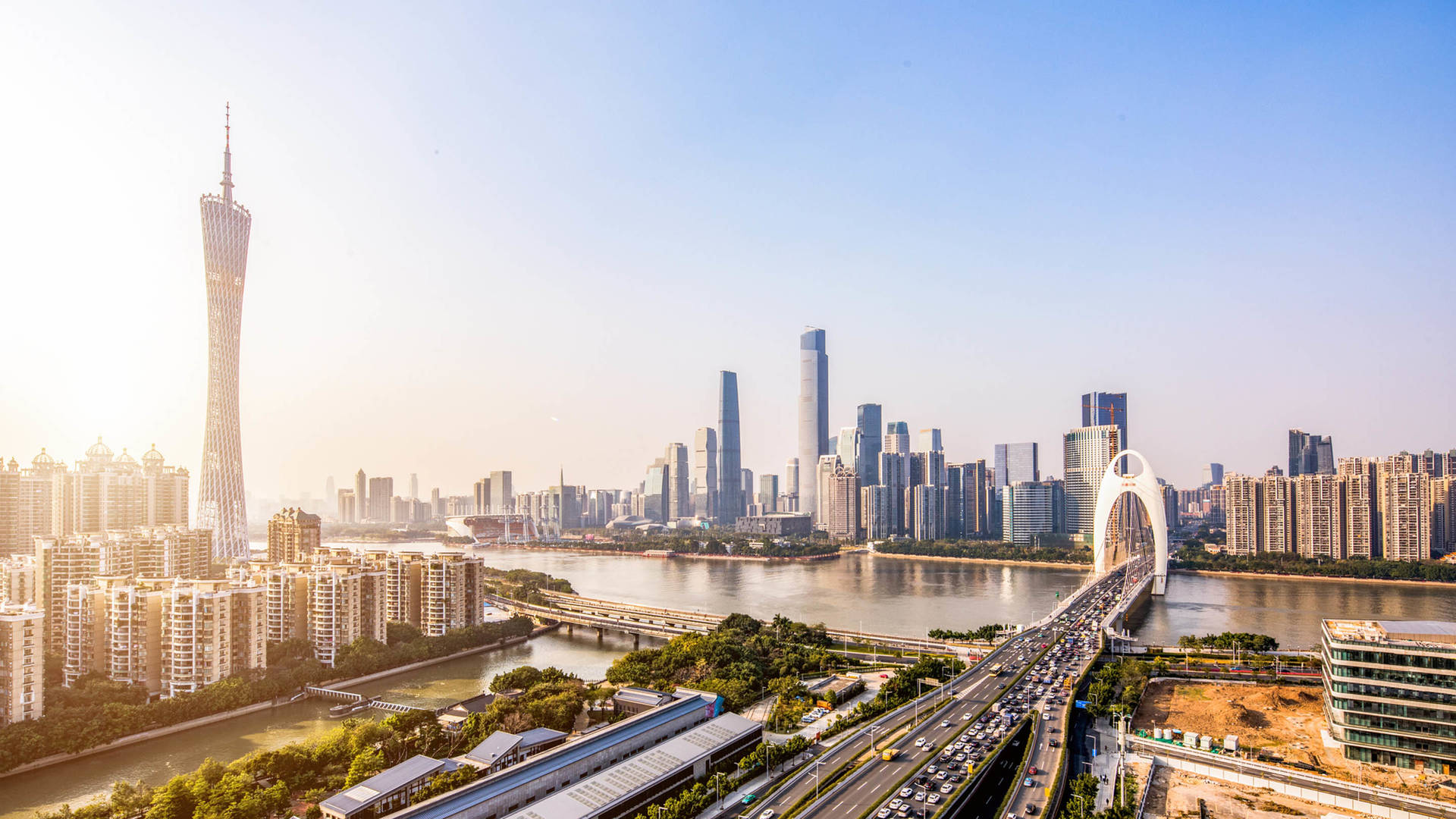 What is Cantonese cuisine?

Understated and mellow, without overpowering spice or seasoning, Cantonese cuisine’s beauty is its simplicity. Underpinned by the freshness of ingredients: ginger, spring onions, oyster sauce and rice wine vinegar, Cantonese food is lightly cooked by steaming, poaching or flash-frying, allowing the produce to really shine. 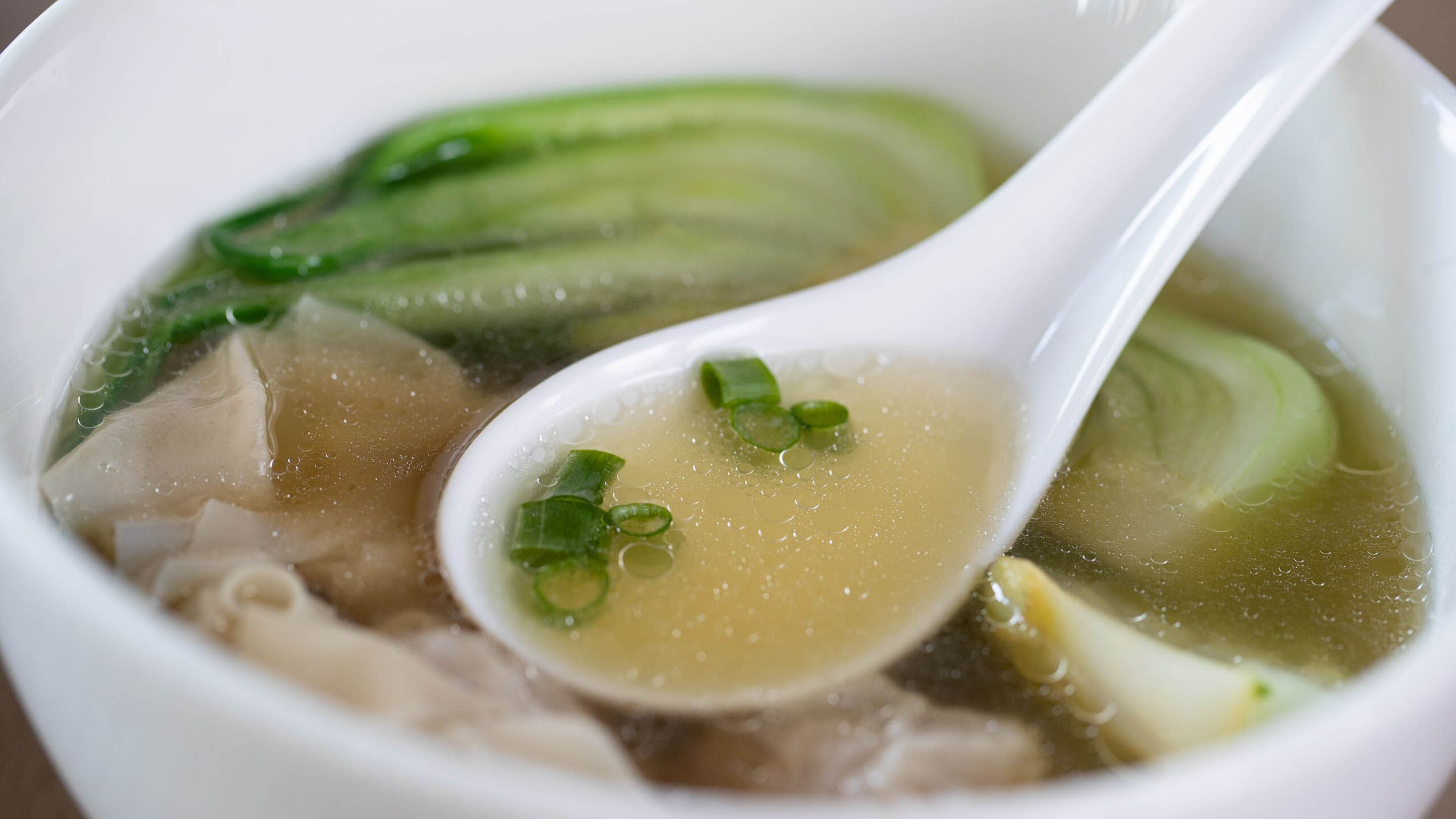 With the Pearl River snaking through its heart, Guangzhou’s coastal location means seafood is abundant in Cantonese cuisine, such as off-the-boat lobster, plump scallops and prawns. When it comes to meat, in keeping with Chinese tradition, nose-to-tail eating is common and no part of the animal is wasted.

China’s legendary dim sum culture was popularised in Canton. Those unmistakable, bite-size-dumplings served in bamboo steamers, enjoyed in the afternoon alongside aromatic tea. From crispy fried wontons to steamed prawn buns and radish cake, savouring a dim sum banquet of these micro dishes is the best way to experience it. 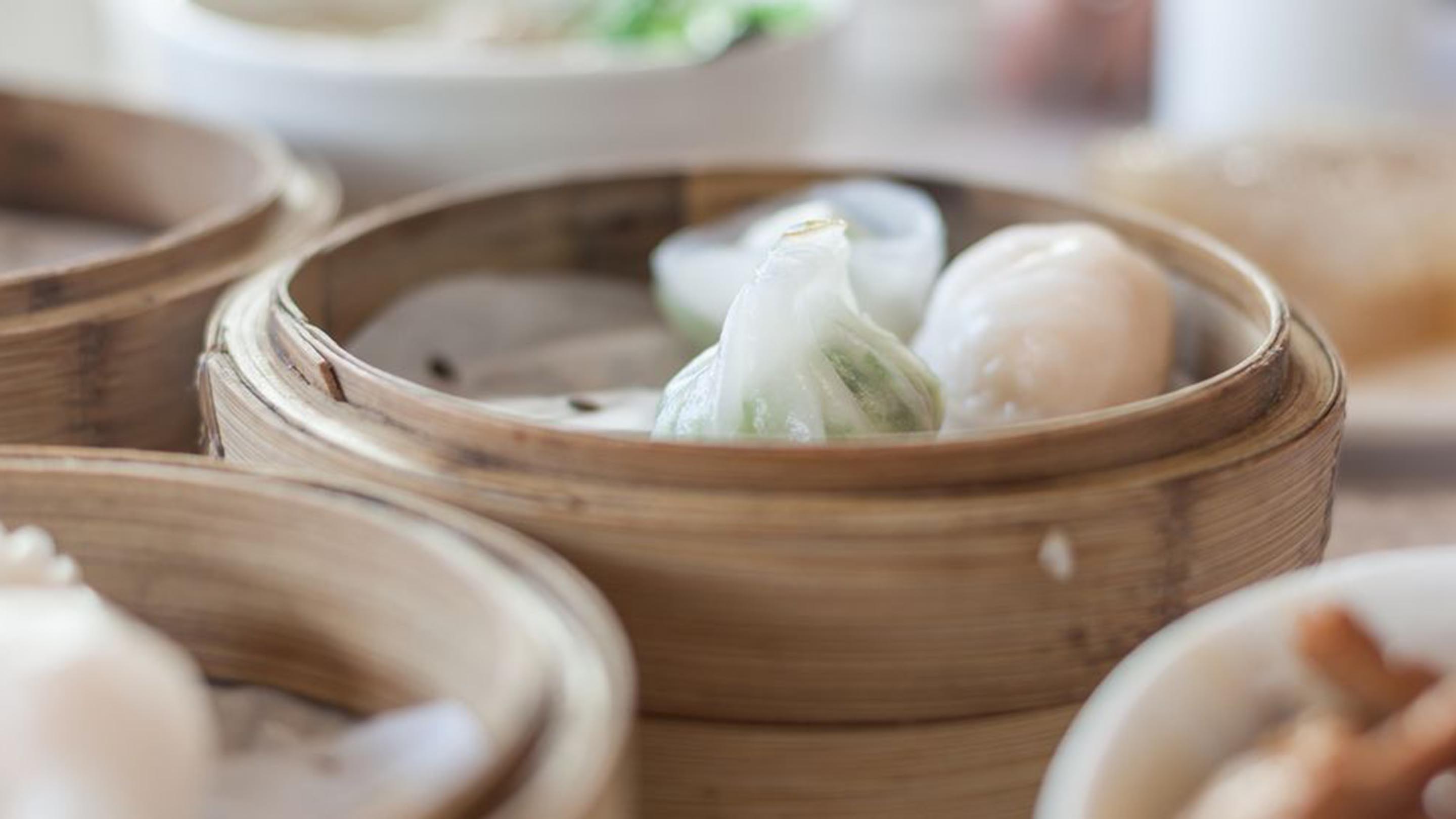 Where to eat Cantonese food in Guangzhou

As the ancient Chinese saying goes, one should, “be born in Hangzhou, marry in Suzhou, die in Liuzhou and eat in Guangzhou." And it’s not hard to see why. From lively street food stalls and vibrant night markets to illustrious fine dining restaurants, Guangzhou is easily the gastronomic capital of China. In 2018 Guangzhou entered the Michelin guide, sealing its credentials as an emerging culinary hotspot. 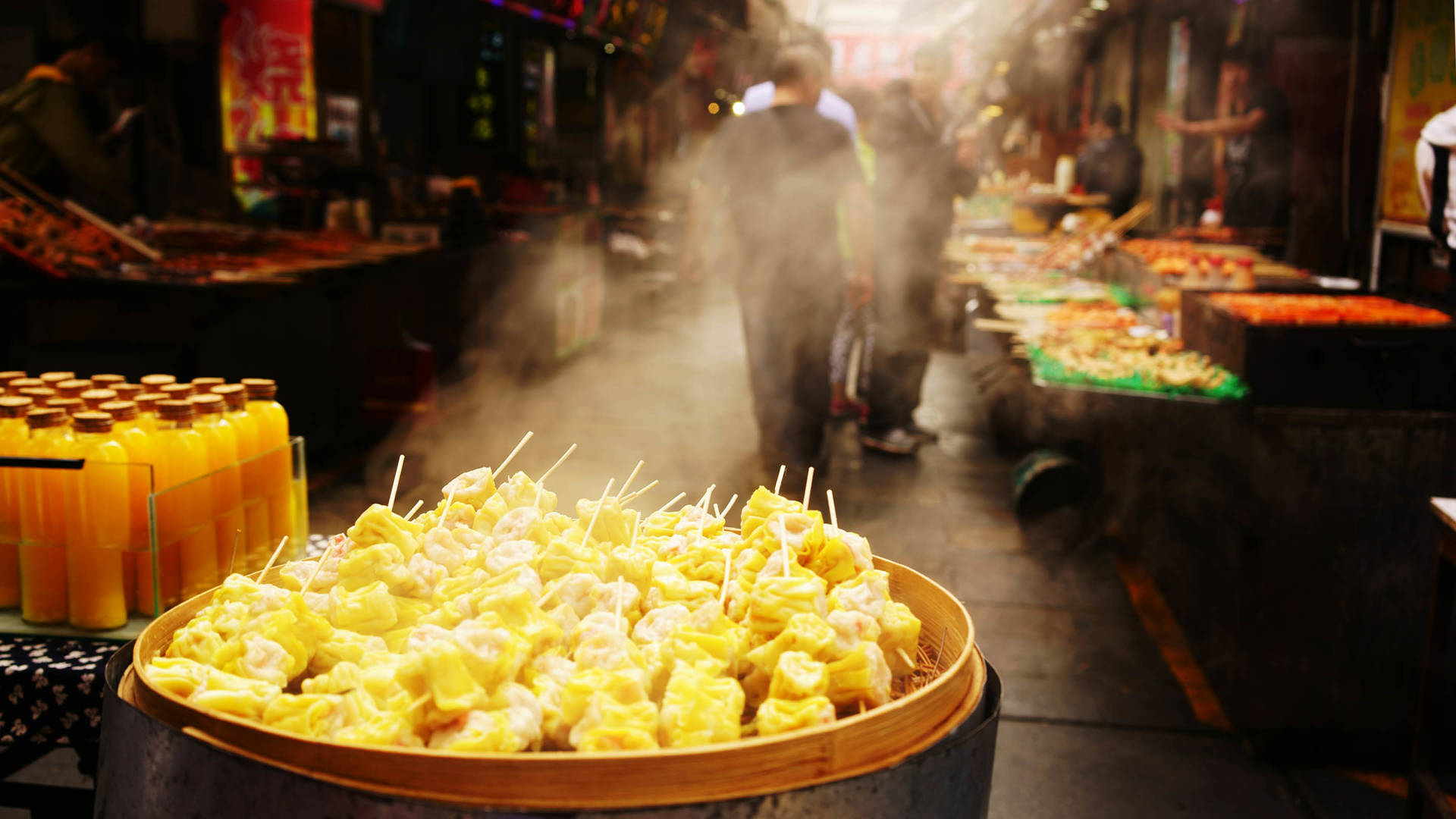 Just 10-minutes drive from Jumeirah Living Guangzhou, Guangzhou Restaurant is one of the city’s oldest. With its quintessentially Cantonese circular banqueting tables and red Chinese lanterns, the charming three-storey restaurant is famed for its char siu bao pork buns and soy sauce chicken. 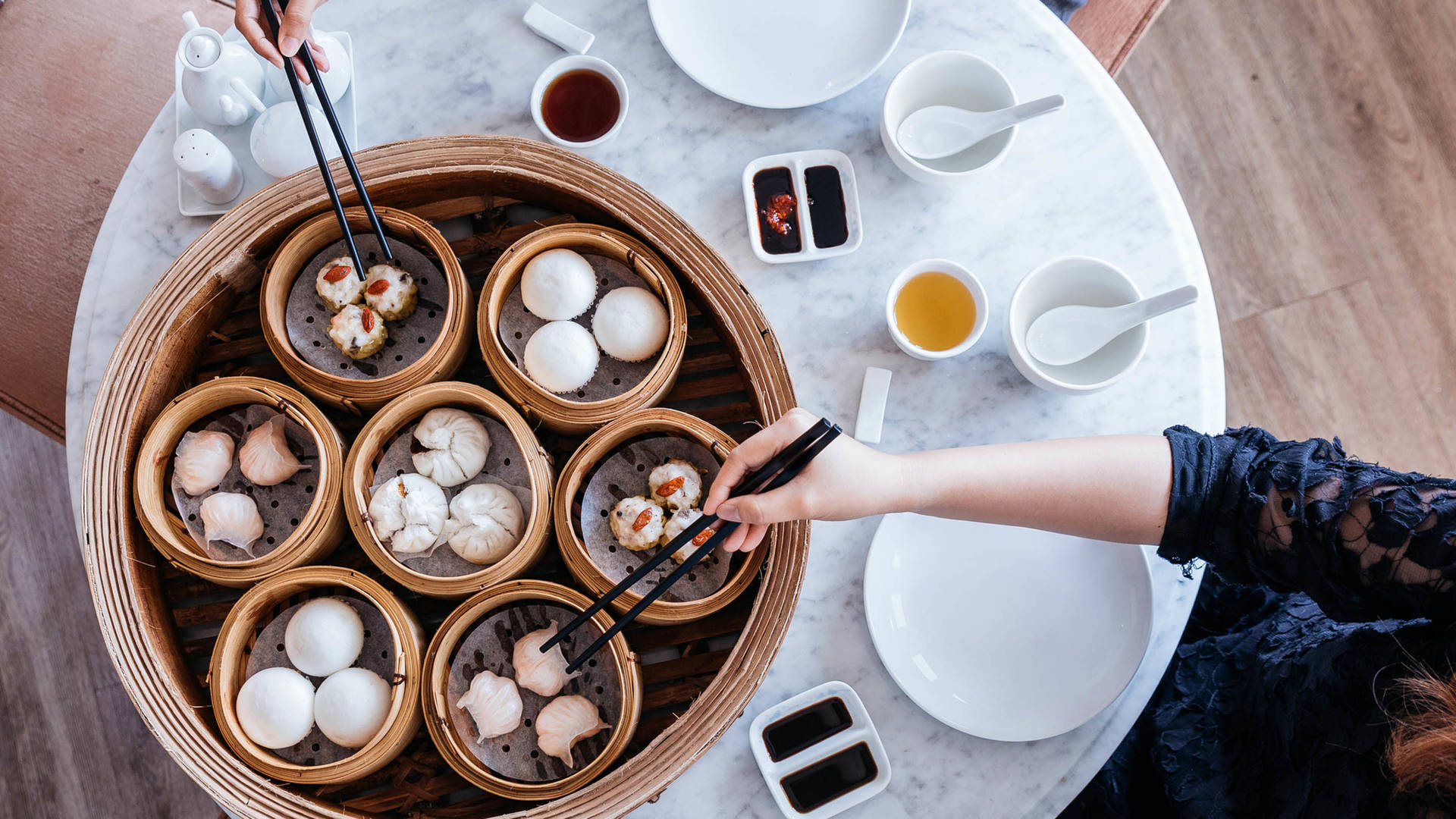 With eight restaurants having achieved a Michelin star, Guangzhou is at the forefront of progressive Chinese cooking culture. The sophisticated Bing Shen Mansion presents elegantly prepared dim sum and its stir-fried flat rice noodles with sliced beef is some of the best in the city. At Famous Cuisine on China Mayors Plaza, the soy-marinated chicken is seasoned with luo han guo instead of sugar for extra depth. A standout dish is Famous Cuisine’s steamed grouper fillet with pepper and salted potherb mustard.

Historically, dim sum was pushed around on carts and served in roadside teahouses, but in Guangzhou today you’ll find it everywhere you look. It’s a popular local custom for families to go for dim sum at weekends and it’ll be served from morning until mid-afternoon. For the best dim sum in Guangzhou, head to the north of the city to Bei Yuan Restaurant. Occupying an exquisite old Chinese building with gilded vases, the palatial eatery serves exceptional prawn dumplings and red rice paper rolls.