From colonial architecture to the sky-high Canton Tower, see the city's best sights by boat

The historic port city of Guangzhou sits amidst the delta of China’s beautiful Pearl river. One main channel flows down the city’s western section, before splitting into two smaller streams surrounding the district of Haizhu. The river meanders between the city’s busy streets, providing an idyllic view of Guangzhou’s charming cultural sites. A river cruise, with its cooling breeze and unobstructed panoramas, is one of the best ways to explore the city. Welcome to our guide to Guangzhou’s riverfront sights: 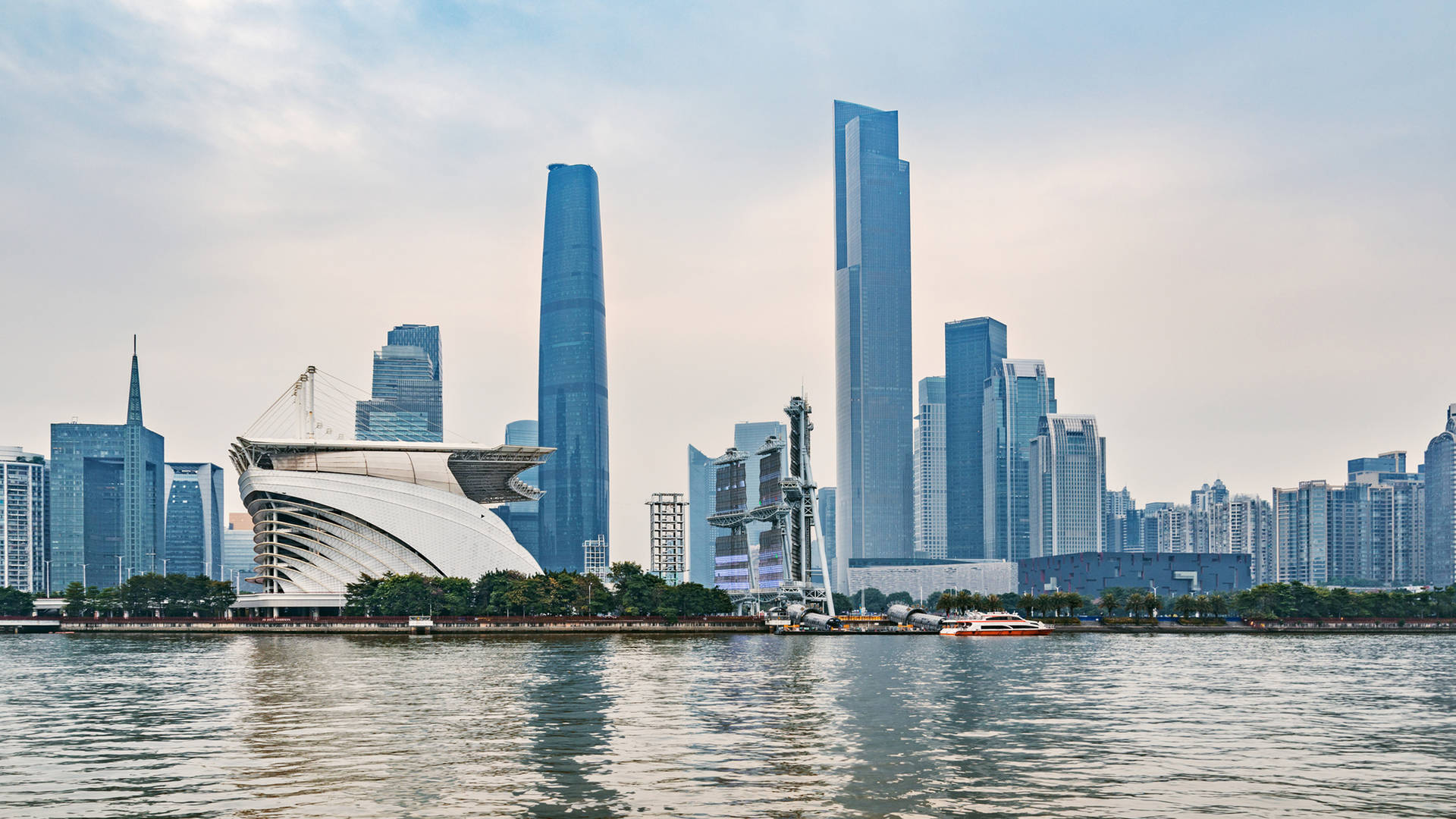 For those of you who want the feel of the river while staying on land, “Scenery Corridor” is Guangzhou’s answer to London’s Thames Embankment, or Manhattan’s Riverside Park. Specifically built for appreciating the riverscape, the corridor follows the Pearl for 14 miles, offering shade from vine-laden trees during the day. And by night, it comes alive with huge multi-storey displays of bright neon from bank-side high-rises are reflected in the ripples of the Pearl river below.

Pride of place in the neon display is Guangzhou’s most stiking landmark; Canton Tower. At almost 2,000 feet tall, its iconic shape can be seen from almost anywhere in the city, while its observation deck (the world’s fourth tallest) provides an incredible view of the Pearl river. The tower’s most iconic feature is its luminescent exterior, masterminded by the award-winning architect, Rogier van der Heide. Shades of deep purple, fiery red, indigo and green, course up and down its huge structure. Right on the riverfront, its dazzling light shows are best viewed from the river, where it resembles a colourful new-age lighthouse. 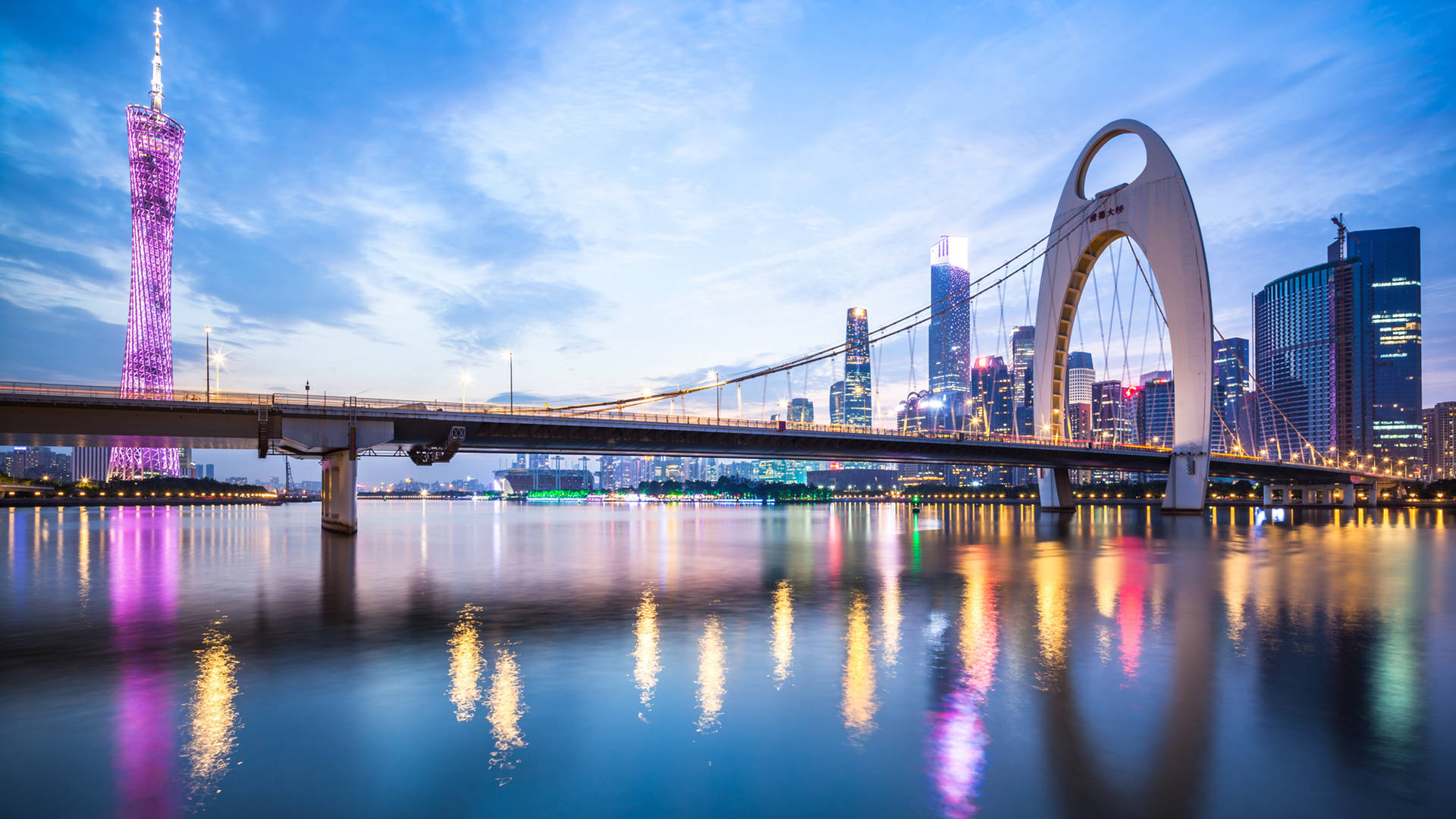 The Huangpu military academy is an integral piece of modern Chinese history. Located to the east of the Haizhu on Changzhou island, it was first built in 1924 by Sun Yat-Sen, the Republic of China’s founding father. Many of modern China’s biggest names were trained here, and although the site was rebuilt after being destroyed in the War of Resistance against Japan, it retains its immense cultural impact.

The stunning Xinghai concert hall is a cross between the Sydney Opera House and Bilbao’s Guggenheim museum—and it too glows neon at night. First opened in 1998, the hall is named after the renowned local composer, Xing Xinghai, and features the some of the best architectural acoustics in the whole of China. Xinghai hall has hosted orchestras from across the globe, including the Munich Philharmonic and the London Symphony Orchestra.

Perhaps Guangzhou’s most beautiful district is Shamian island. The home of Guangzhou’s 19th and early 20th century colonial class, the island is a blend of European-style architecture and oriental influences. Walking down its broad-laned boulevards is not that dissimilar from a stroll down the Champs-Élysée. It is equally as beautiful from the river, where the neat cornicing and columns of palatial European townhouses are framed by Guangzhou’s distinctive banyan trees. 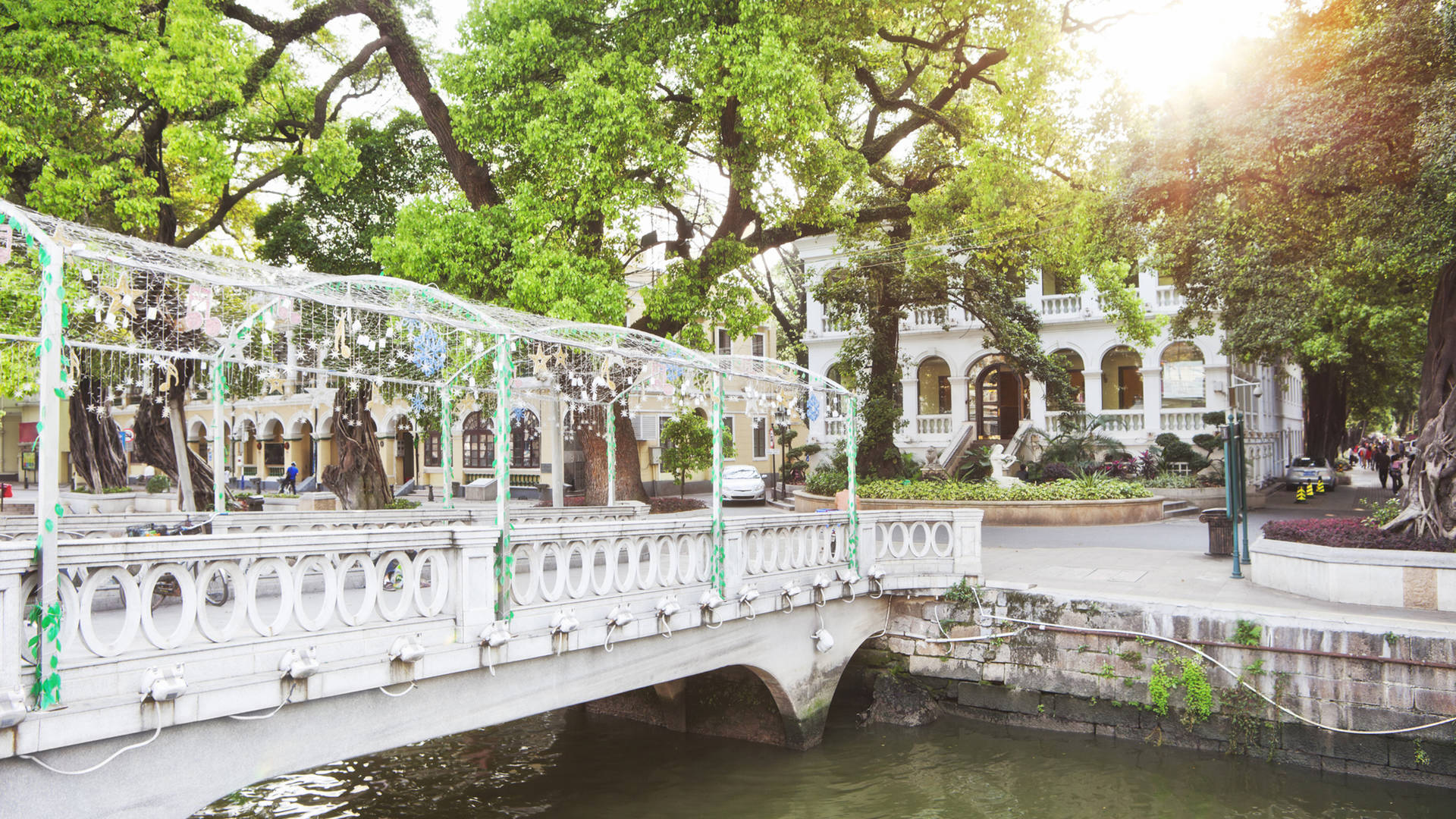 Jumeirah Living Guangzhou is just a ten-minute walk from the Pearl river, and a ten-minute drive from Canton Tower.