Travel GuidesSeven unforgettable things to do in Guangzhou's Tianhe district

From cosmopolitan culture to gorgeous green spaces, Tianhe is Guangzhou’s most vibrant district

Hip and happening, Guangzhou’s Tianhe District is emerging as one of the city’s most dynamic places to be. Sinuously lying along the mighty Pearl River, Tianhe, meaning ‘river in the heavens’, rolls north in waves of cutting-edge architecture and pretty parks until it reaches the tranquil mountains of Tianluhu Forest Park. A thriving, energetic tech scene has led to the arrival of avant-garde galleries and hip boutiques in Tianhe, while the city’s landmark buildings anchor the district in the past. Here are our favourite things to do in Tianhe District. 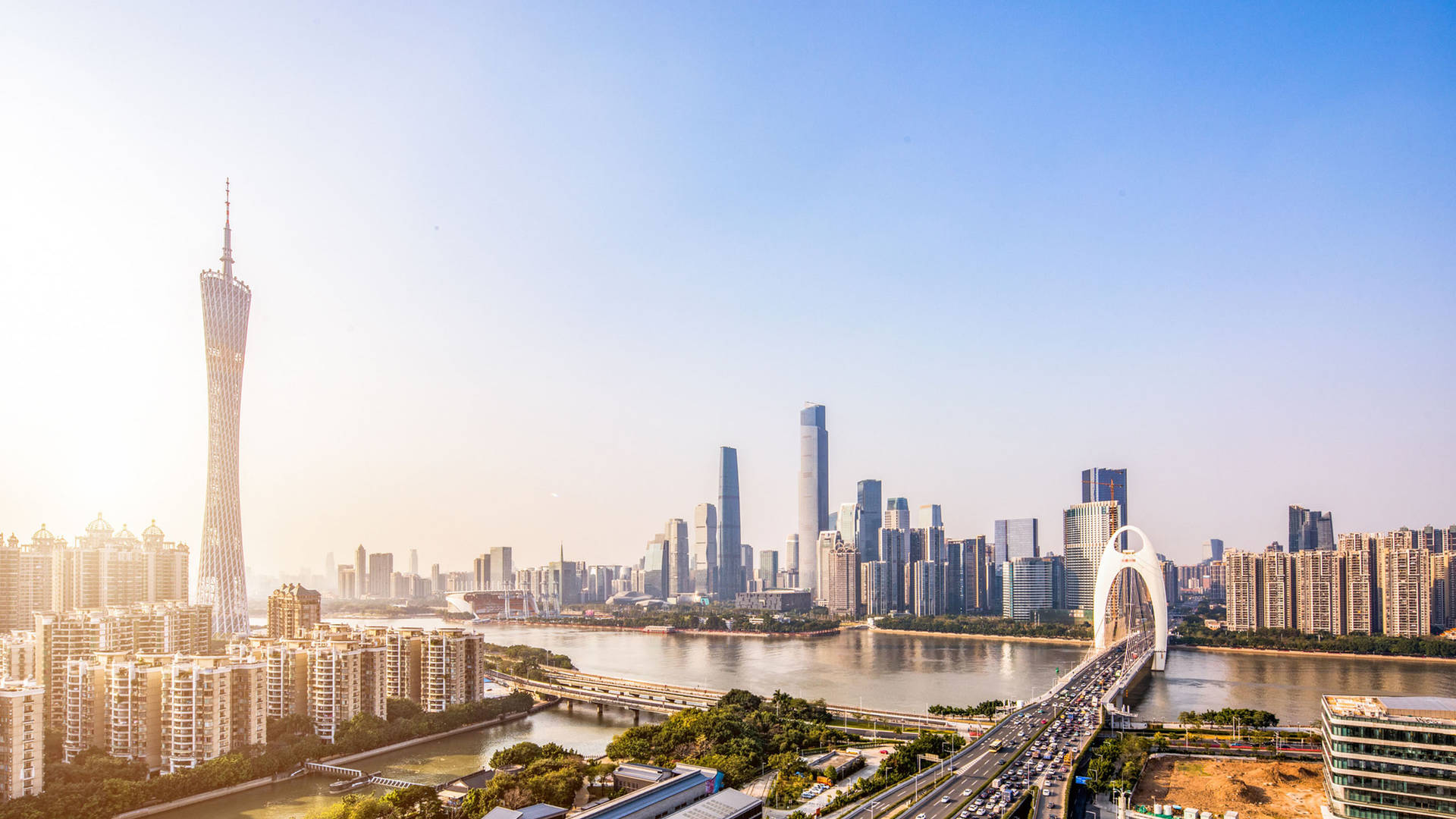 1. Delve into Guangzhou’s past at Guangdong Museum

The cubist design of Guangdong Museum is a work of art in itself; angular forms appear to tessellate into a giant, sharp cornered box. Inside, immerse yourself into the history of the Guangdong province along with ancient Cantonese art and crafts. Permanent collections house exquisite examples of porcelain and Chaozhou woodcarving, while temporary exhibitions showcase artefacts of international interest, such as relics from the ill-fated Titanic.

A progressive repository of the cool and collectible, K11 Art Mall is a hybrid museum-shopping space that glitters in gold. Located in Guangzhou’s tallest building, the CTF Finance Center, this innovative retail concept presents clothing and lifestyle accessories from global designer and independent brands alike. Even if you’re window-shopping, K11 Art Mall’s gilded interior is worth a visit alone. Shop the new season’s collections before exploring the works of Berlin’s emerging artists on display.

Escape the frenetic buzz of central Tianhe by heading north to China’s oldest and largest tropical botanical garden. A horticultural wonderland, South China Botanical Garden bursts with exotic palms, rare orchids and pretty rock formations. An astonishing two and a half thousand species call this paradisiacal corner of Guangzhou their home. An amble around South China Botanical Garden’s many ornamental gardens listening to the gentle tinkling of the waterfalls can’t help but invoke a sense of inner tranquility.

Delectable steamed dumplings packed with rich fillings dim sum is an iconic Chinese cuisine and it just so happens that Guangdong province is the home of dim sum. Since it opened in 1935 in west Tianhe, Guangzhou Restaurant’s dim sum has earned itself a legendary reputation with locals thanks to its perfectly plump prawn dumplings and beef balls.


5. Catch a game of football at Guangdong Olympic Stadium

As its name suggests, Guangdong Olympic Stadium was built for the 2008 Olympics although it was never used. Nevertheless, it’s China’s largest stadium. Shaped like layered petals in honour of Guangzhou’s nickname, the ‘Flower City’, the architecturally stunning stadium can be found in the east of Tianhe.


6. Dive into the arts community at Redtory

Once a former canned food factory, Redtory is now a sprawling arts destination. A network of dilapidated commercial spaces have been reimagined into a thriving creative community containing a gallery, shops, restaurants and bars. Aside from being an incredible showcase of local talent, the tree-shrouded heritage buildings of Redtory are super-picturesque. Come for the art, stay for the ambience.


7. Take in an opera at Guangzhou Opera House

Guangzhou’s Zaha Hadid-designed Opera House is one of the city’s key architectural emblems. Its futuristic fluid forms appear almost spaceship-like over the banks of the River Pearl. Admiring Guangzhou Opera House’s incredible exterior is entertaining enough but watching a performance in the monumental auditorium is an unforgettable experience. Expect a rotating programme of classic orchestral concerts and theatrical shows. 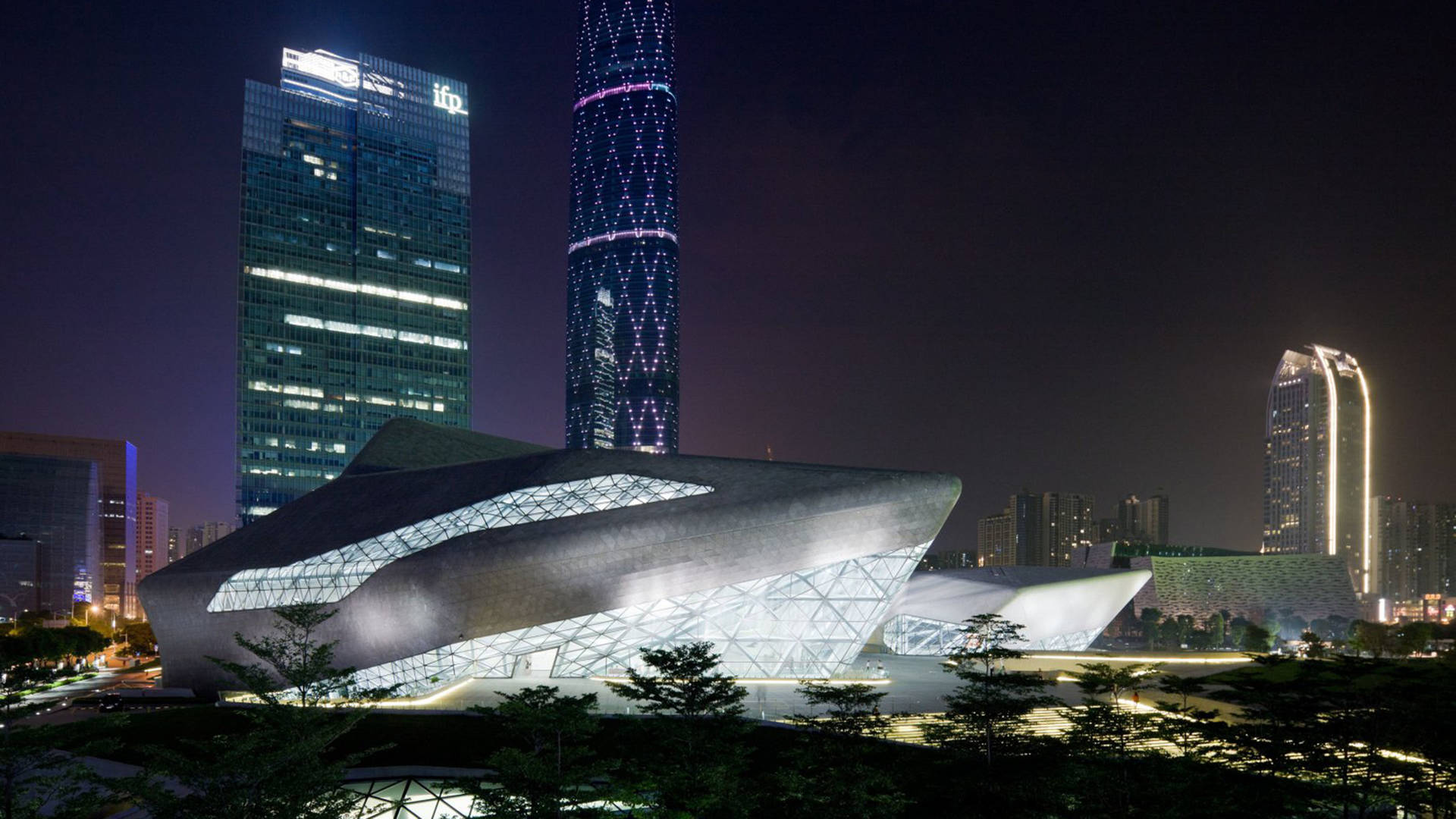