Few cities can claim such an impressive history as Guangzhou. Originally known as Panyu, it was once the heart of the Han Dynasty. More recently, it was the principal port of 16th century European traders. Travelling bards have sung of Guangzhou’s splendour for centuries. With its ancient pagodas, modern high-rises, and historical districts bearing tales of the city’s vibrant past, Guangzhou is certain to inspire as it has done for centuries.

The Temple of the Six Banyan Trees

This temple complex dates back to AD 537, and is a captivating combination of shrines, halls, statues and gardens, all built at different periods in southern China’s history. Wander around the temple’s paths and exquisitely carved roofs will appear from between the tree tops, punctuating the canopy with streaks of bright red and gold.

Soaring above all others is the white, green and vermillion Hua Ta (Flower) Pagoda, the centrepiece of the temple. Originally built in 1097, the cylindrical structure rises 56m, and has been compared to the stamen of an exotic flower. Inside, several precious Buddha statues sit in contemplation, including the thousand-Buddha copper pillar, cast in the Yuan Dynasty of Kublai Khan. The top floor of the pagoda offers inspiring views of both the temple and the historical heart of Guangzhou.

In the heart of the Old Town, the Sacred Heart Cathedral is a stunning Gothic revival cathedral. Completed in 1888, it was largely hand-built by Chinese craftsmen who had never seen a European cathedral. Known affectionately at the Stone House or ‘Shishi’, it is made entirely of granite, while inside, the stained-glass windows light up the vaulted ceiling in a kaleidoscopic display. Over 57m tall, the cathedral’s spires add to the array of towers that pierce the Guangzhou sky, including the Hua Ta Pagoda and Huaisheng Mosque minaret. The cathedral offers services in Mandarin, Cantonese, Korean, and English. 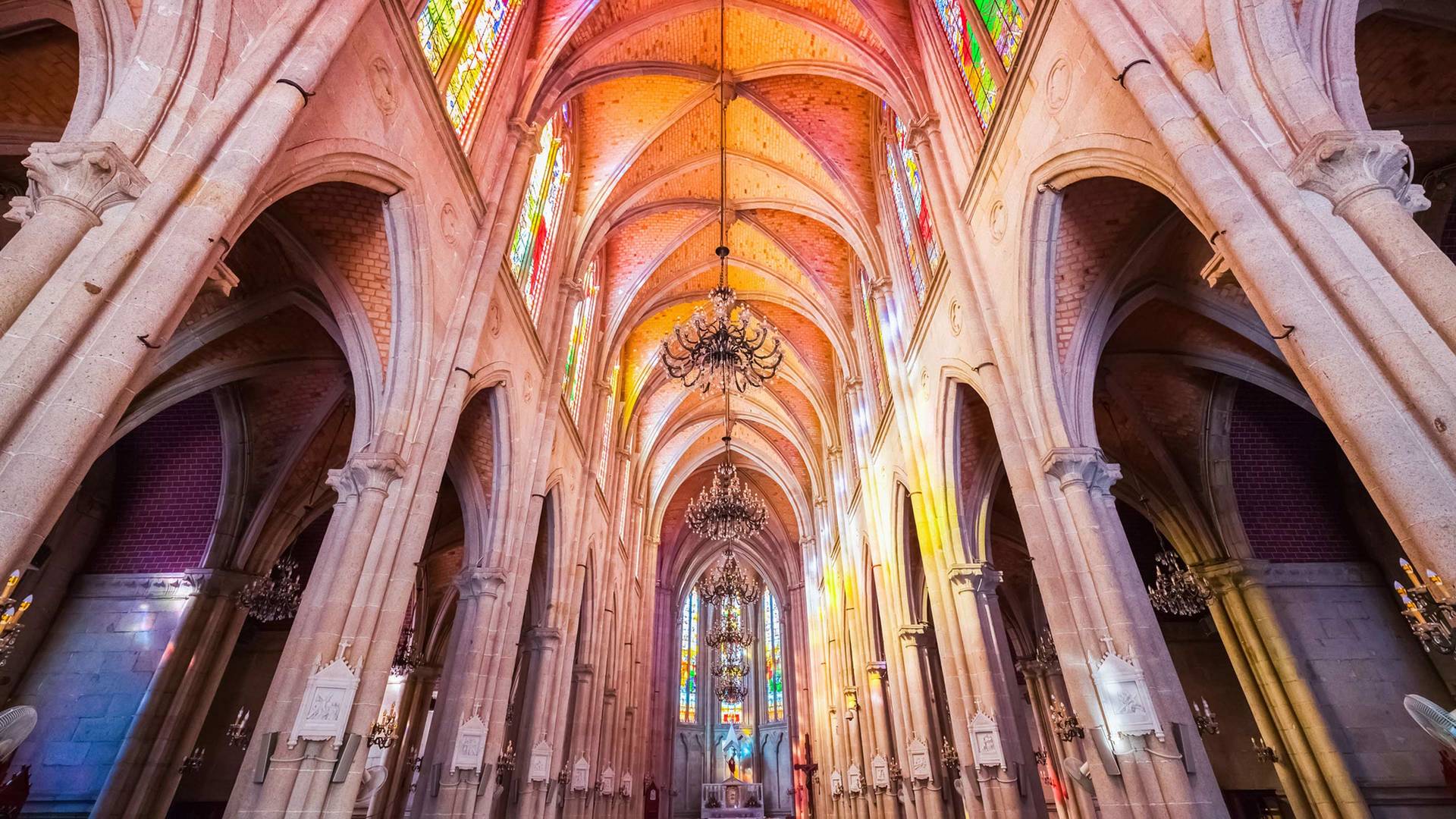 An important part of the history of Guangzhou, this temple is one of the oldest and most influential in China. Originally a Han-period private home, it was dedicated to Zen Buddhists during the Song Dynasty (960-1279) and has housed several renowned monks.

To this day, Zen Buddhists make pilgrimages here, in recognition of the temple’s pivotal role in teaching Zen Buddhism. The temple complex is home to several halls ranging from the Eastern Jin (317-420) to the Ming (1368-1644) dynasties, all bedecked with spectacular carvings and augmented with Zen Buddhist relics. Most notable are the 10th-century East and West Iron Towers, the oldest in China. 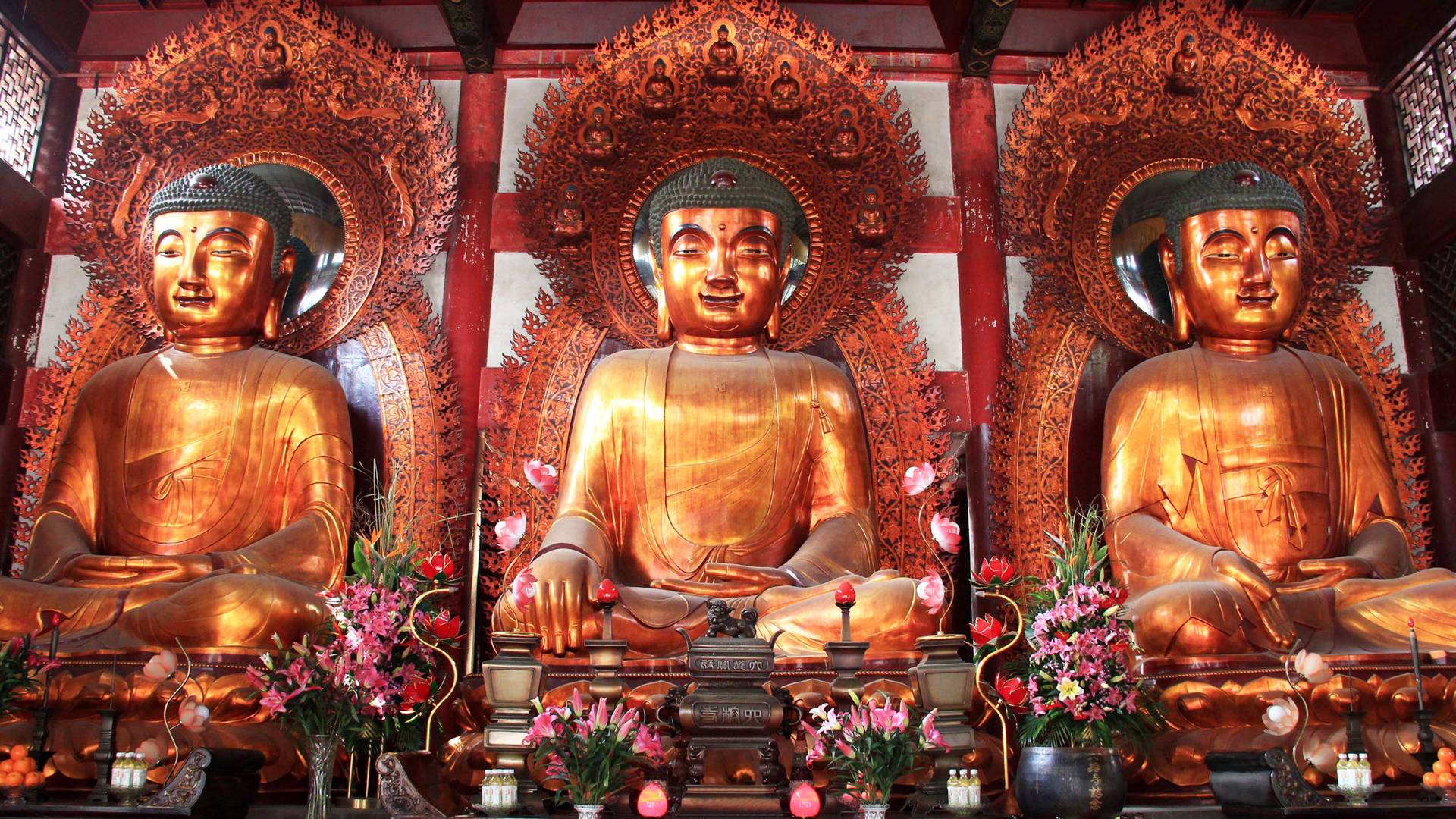 Shamian Island has been an important trading centre in Guangzhou, since the 18th and 19th centuries, when it was home to British and French merchants. The result is an intriguing fusion of colonial and local architecture, with tranquil, paved streets lined with banyan trees and baroque architecture. Traditional markets dot these historic streets, a reminder of the island’s rich trading history. Keep an eye out out for beautiful traditional embroidery. Other highlights include Shamian Park, which offers panoramas of Guangzhou, and the French Catholic Church Notre Dame de Lourdes. 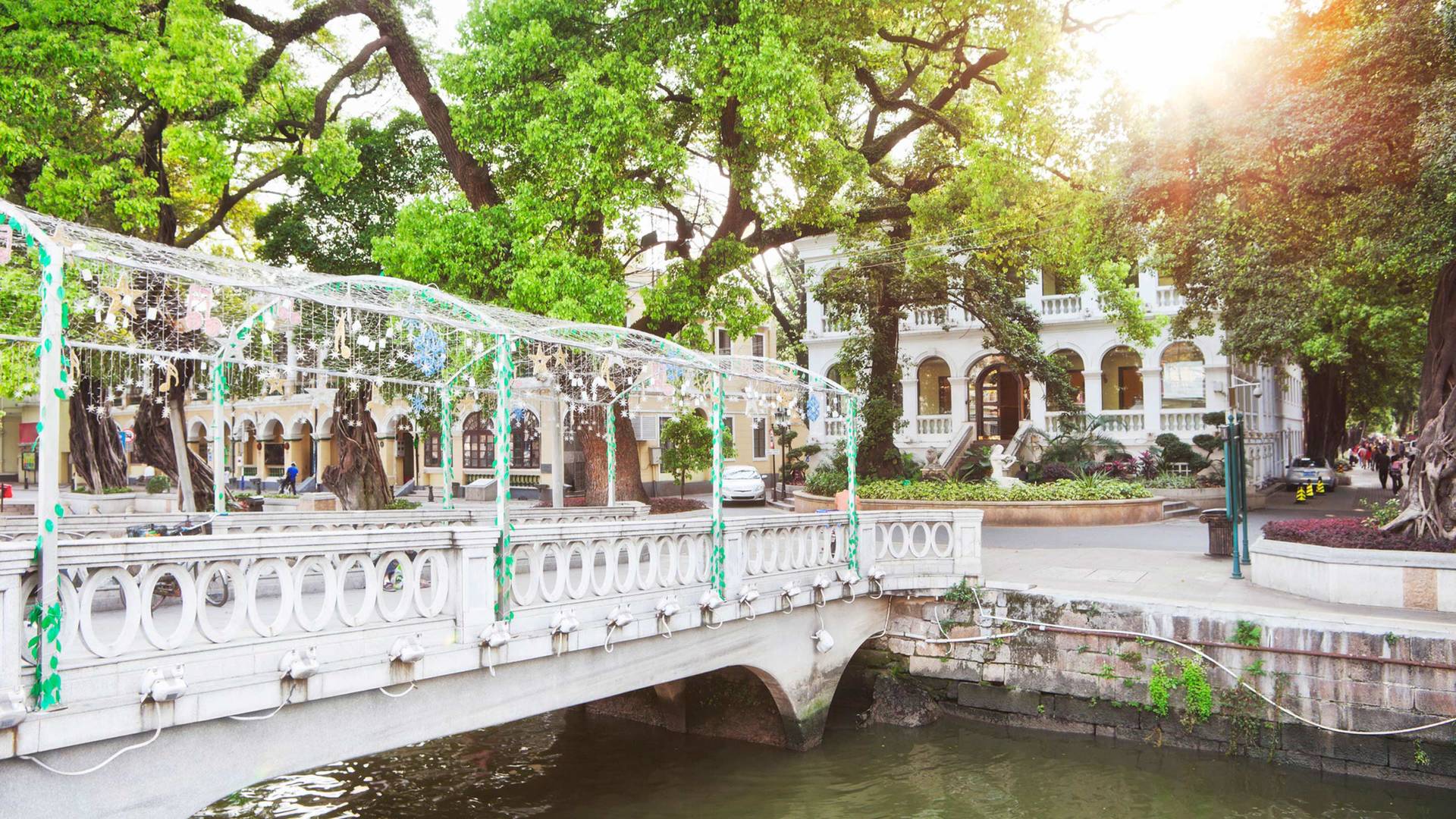 Discover the history of Guangzhou while staying at the stylish Jumeirah Living Guangzhou.