They call Nanjing the ‘City of Emperors’ — a place where the magic of ancient Chinese dynasties is still tangible. Outside the old capital’s eastern Zhongshan Gate, Zijinshan or 'Purple Mountain' rises steeply and tapers to peaks draped in strange mists that gain hues of purple and gold at dawn and dusk.

Once a key landmark for the city’s defence, the forested slopes now hide temples, mausoleums and observatories. The mountain is the final resting place for emperors and heroes of ten imperial dynasties, as well as being an important ecological monument and a hallowed destination for holy pilgrimages.

Get in touch with nature

Scenic nature trails lead up the slopes of Nanjing’s Purple Mountain, offering endless opportunities to explore, sightsee and uncover stone carvings, sculptures and burial sites. The thickly forested slopes extend almost 450m above the city and hide both natural and man-made wonders — from the still waters of Black Dragon Pool, to the sculptured White Cloud Pavilion. There are several places to stop for healthy bites as you hike; the vegetarian restaurant housed in the Linggu Temple complex is one of the best.

Bring comfortable shoes for longer hikes, or rent wheels with bike-sharing apps, and head uphill along paths lined with some 600 different plant species. In the spring, the vibrant plum blossoms blanket the slopes of the mountain, while autumn brings rich gold and brown leaves. 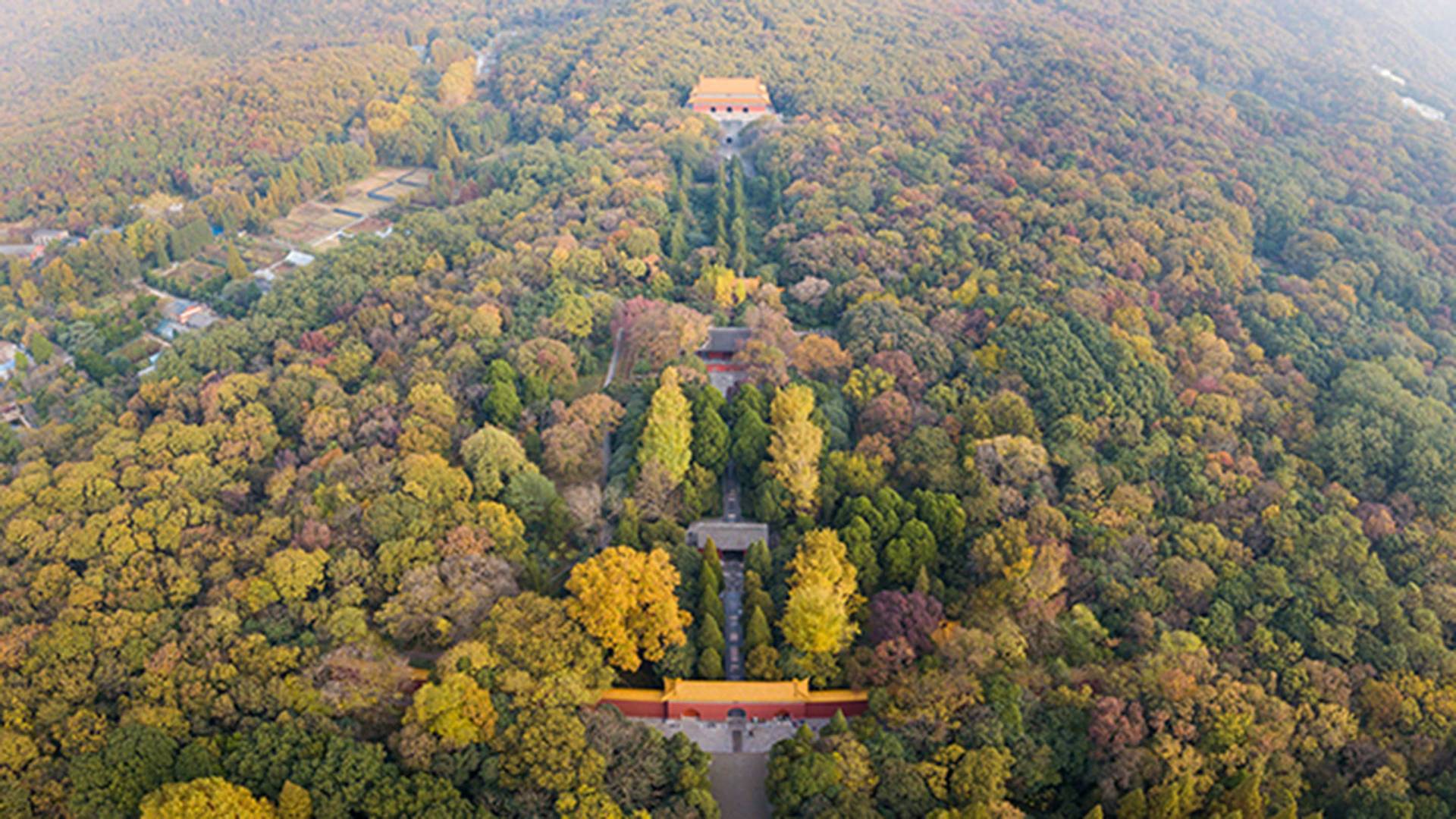 Purple Mountain is an enduring trove of Chinese relics, covered with sites of cultural significance. The most popular is the grand Sun Yat-Sen Mausoleum, designed by early 20th century architect Lu Yanzhi. Sitting at the foot of the mountain’s secondary peak – with a huge stone stairway that leads to the main hall – it’s the final destination for many a holy pilgrimage.

The Toutuo Ridge is a hunched fold line that leads to the mountain’s main peak, offering an atmospheric view over historic landmarks that can be traced back through six imperial dynasties. Linggu Temple sits on the eastern side and Ming Xiaoling Mausoleum, a UNESCO World Heritage Site, is half-hidden on its west side. The tree-encircled mausoleum is one of the largest imperial tombs in the whole of China. It is the resting place of the first Ming emperor, and is said to be a tranquil refuge from evil spirits. It’s dotted with pavilions and courtyards and surrounded by quiet places to stroll, such as the ‘Sacred Way’, an avenue of squat stone elephants. 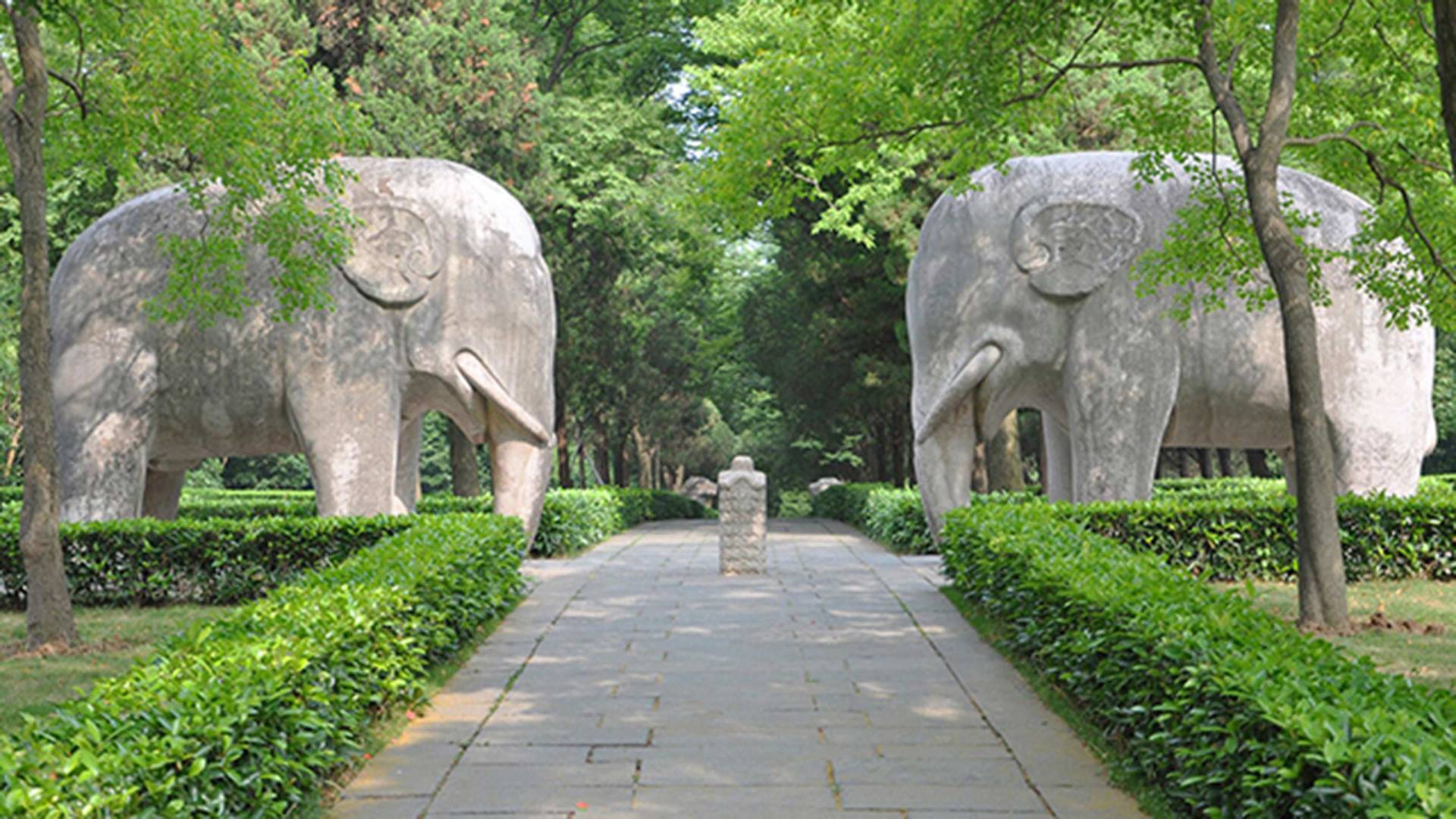 Built in 1934, the Purple Mountain Observatory is a collection of retired telescopes and research facilities, and the birthplace of modern Chinese astronomy. Here, among a huddle of tall trees, you’ll find both cutting-edge facilities and ancient apparatus that dates back hundreds of years to the Qing and Ming dynasties. The observatory is set in a beautiful Botanical Garden, home to around 3,000 species of flowers, many of which have unique medicinal properties. As you explore, look out for the statue of Li Shizhen, widely considered to be the father of Chinese botany.

Stay at the luxury Jumeirah Nanjing to explore the city and uncover the mysteries of Purple Mountain.