Stocking everything you could possibly wish for and more

Probably the most famous department store in the world, Harrods’ iconic late-Victorian façade dominates the busy Kensington thoroughfare beneath. Home to over one million square feet of prime retail space, the opulent interior entices shoppers with five floors of ornate architecture and glossy fashion. Renowned for its food hall and Boxing Day sale, Harrods has long been on the must-visit list for London’s tourists. 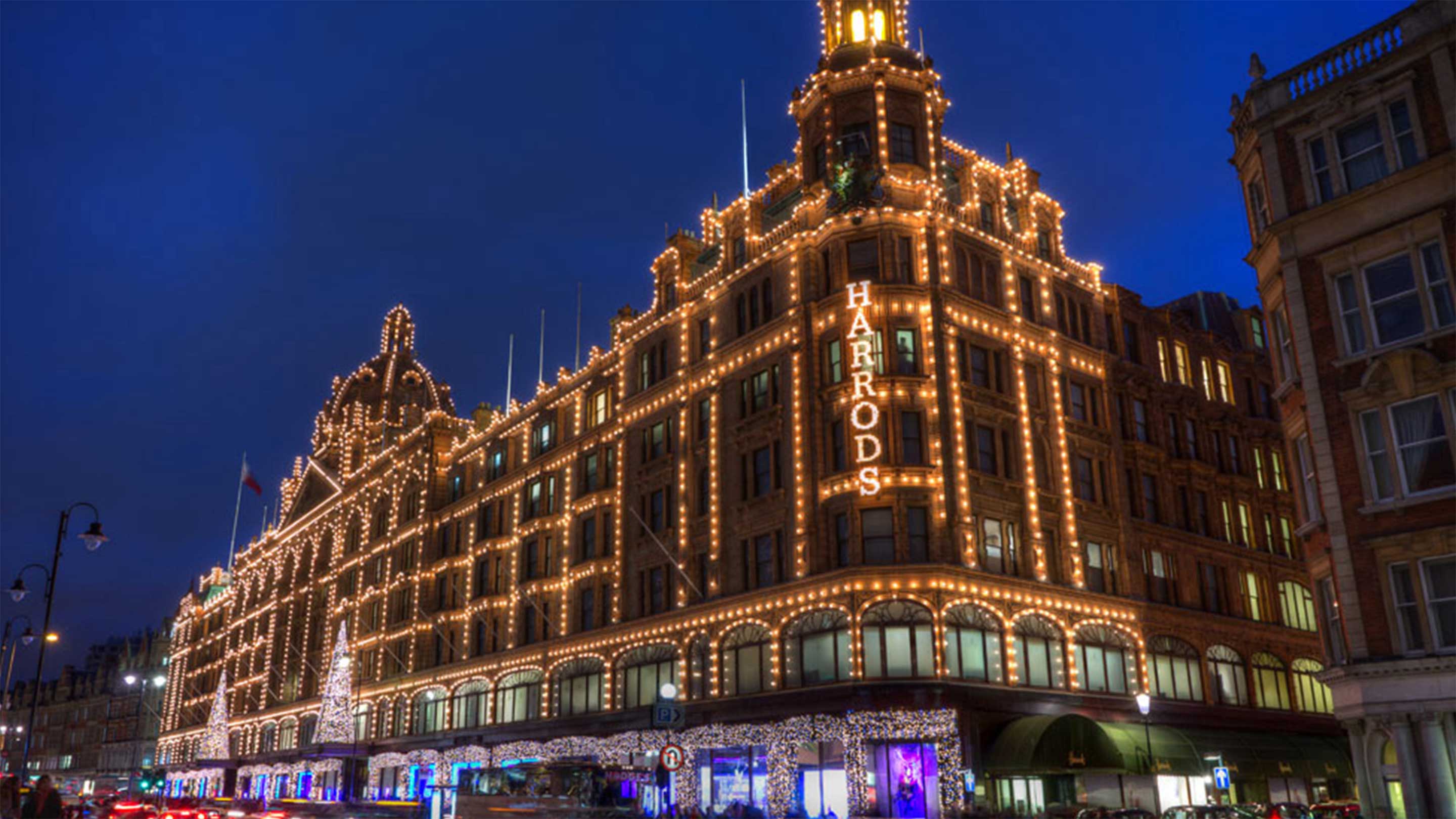 Harvey Nichols first appeared in Knightsbridge in 1831. The edgy neighbour to the more traditional Harrods, Harvey Nichols is known for its cutting-edge fashion, high-class food hall and expansive beauty department. The magnificent neo-classical building’s avant-garde window displays draw in shoppers from around the world. The store is also a firm favourite with fashionable Londoners. 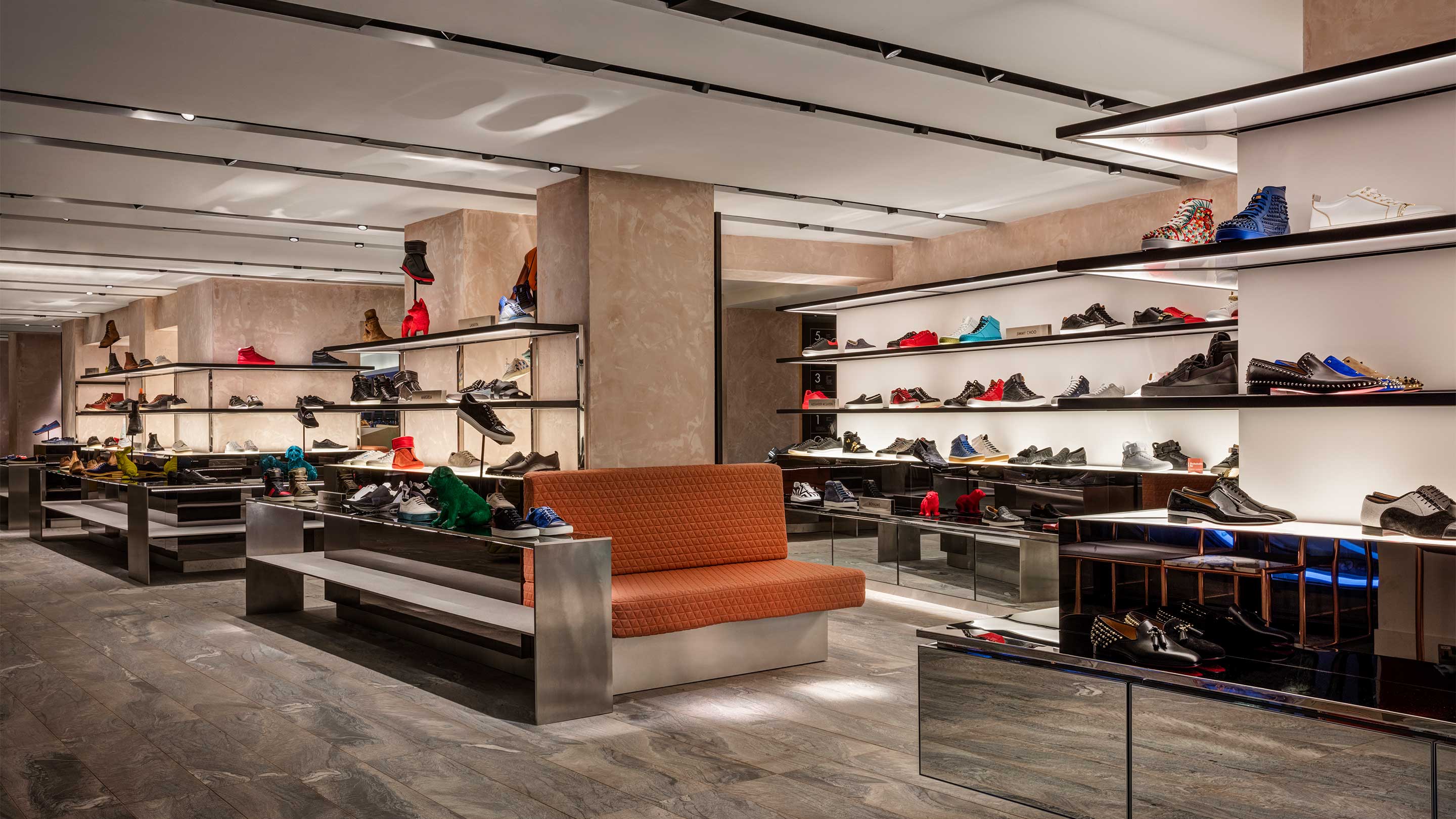 Housed in a huge, sculptured beaux-arts building on Oxford Street, Selfridges is the most progressive of the department stores that first flourished in the early 20th century. Throughout its six floors you’ll find everything from haute cuisine to haute couture. With one of London’s largest handbag departments, a tech store in the basement and a food hall stocked with artisan products and hard-to-find ingredients, a trip to Selfridges is essential. 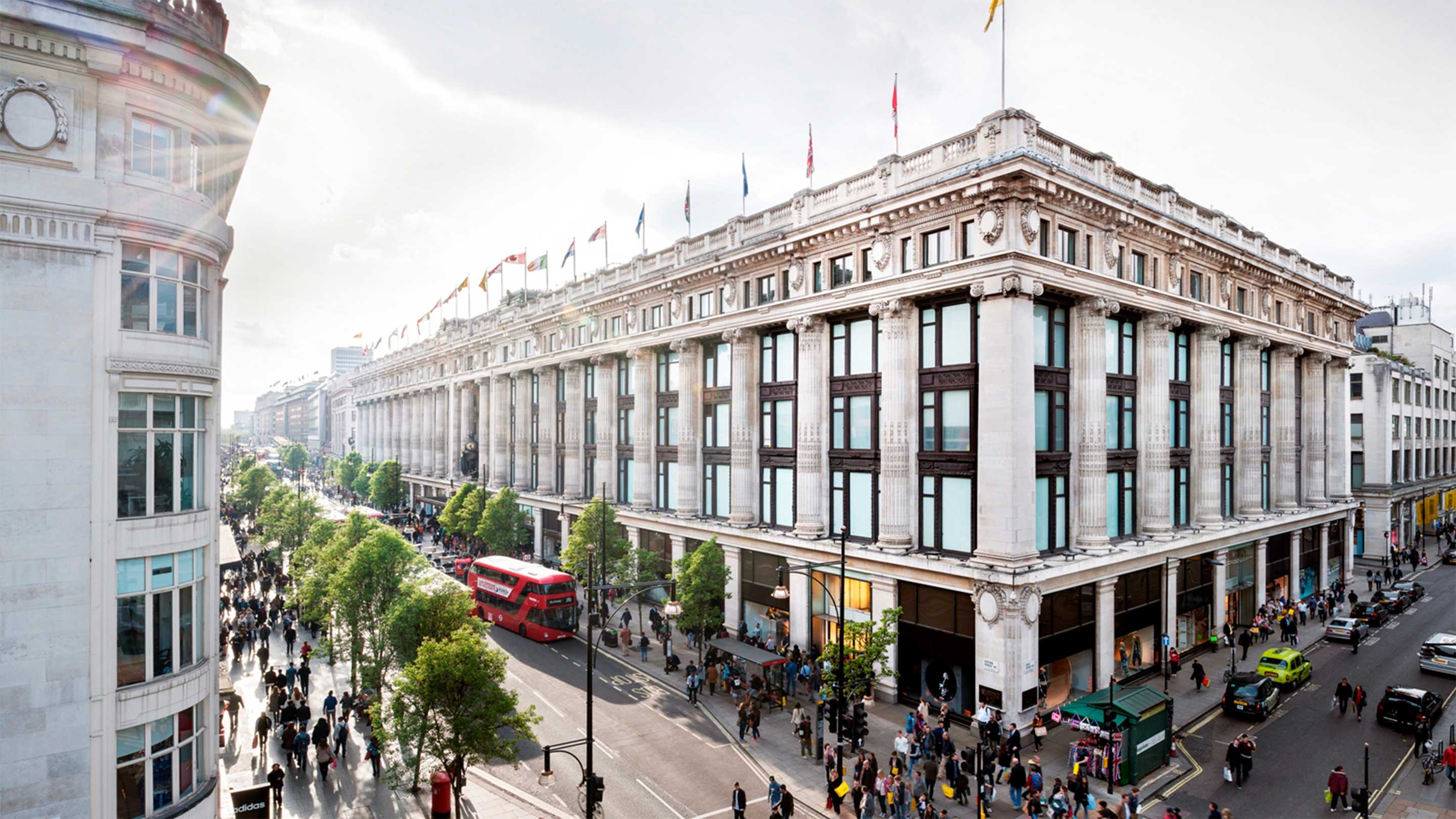 An offshoot of John Lewis and located in Sloane Square, Peter Jones is the staple shopping destination of the affluent residents of South West London. More understated than its Knightsbridge rivals, the emphasis is less on towering stilettos; more on practical simplicity. Generations of shoppers return again and again for Peter Jones’ homewares, children’s department, and a name that has become synonymous with value and reliability. 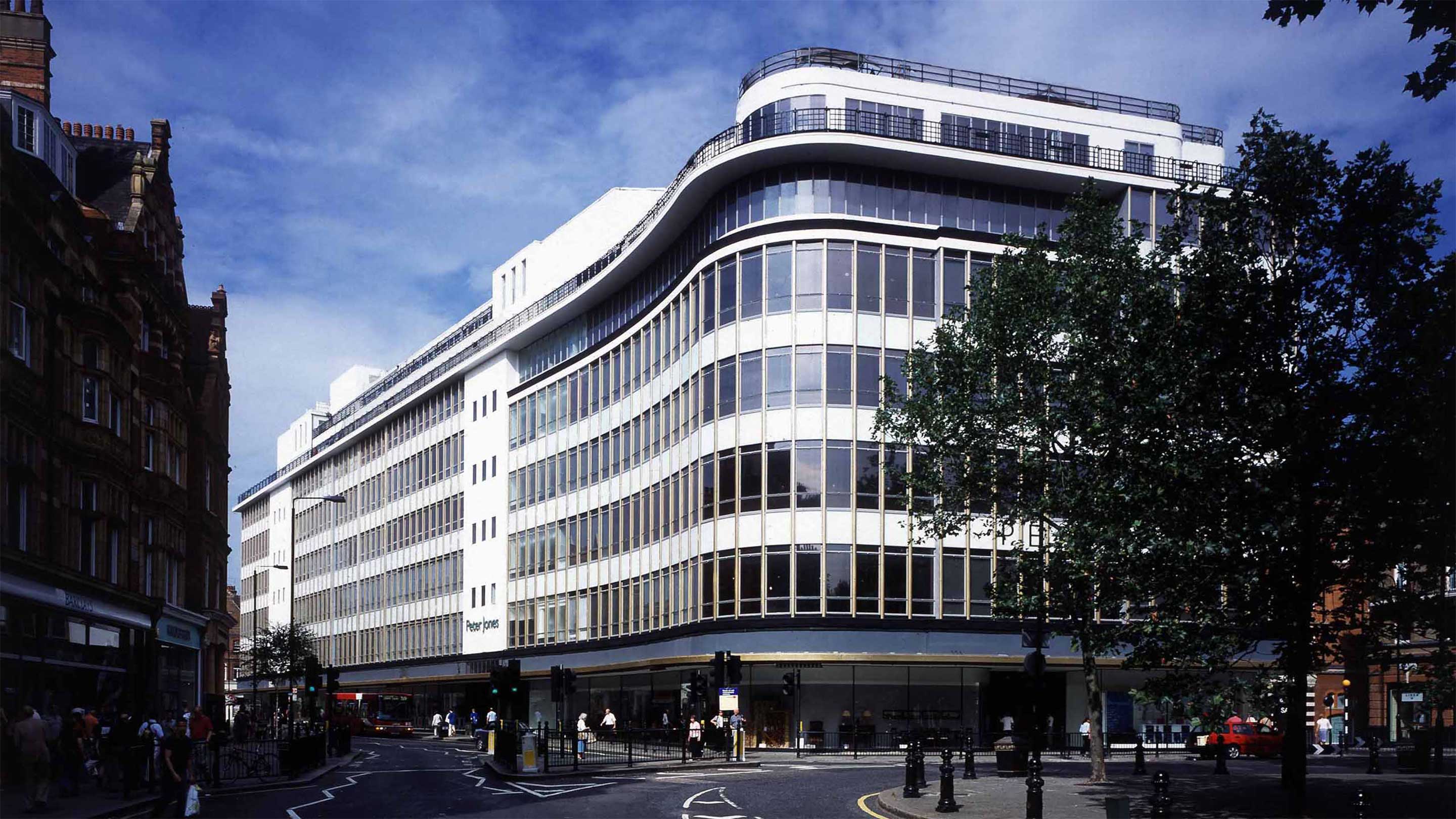 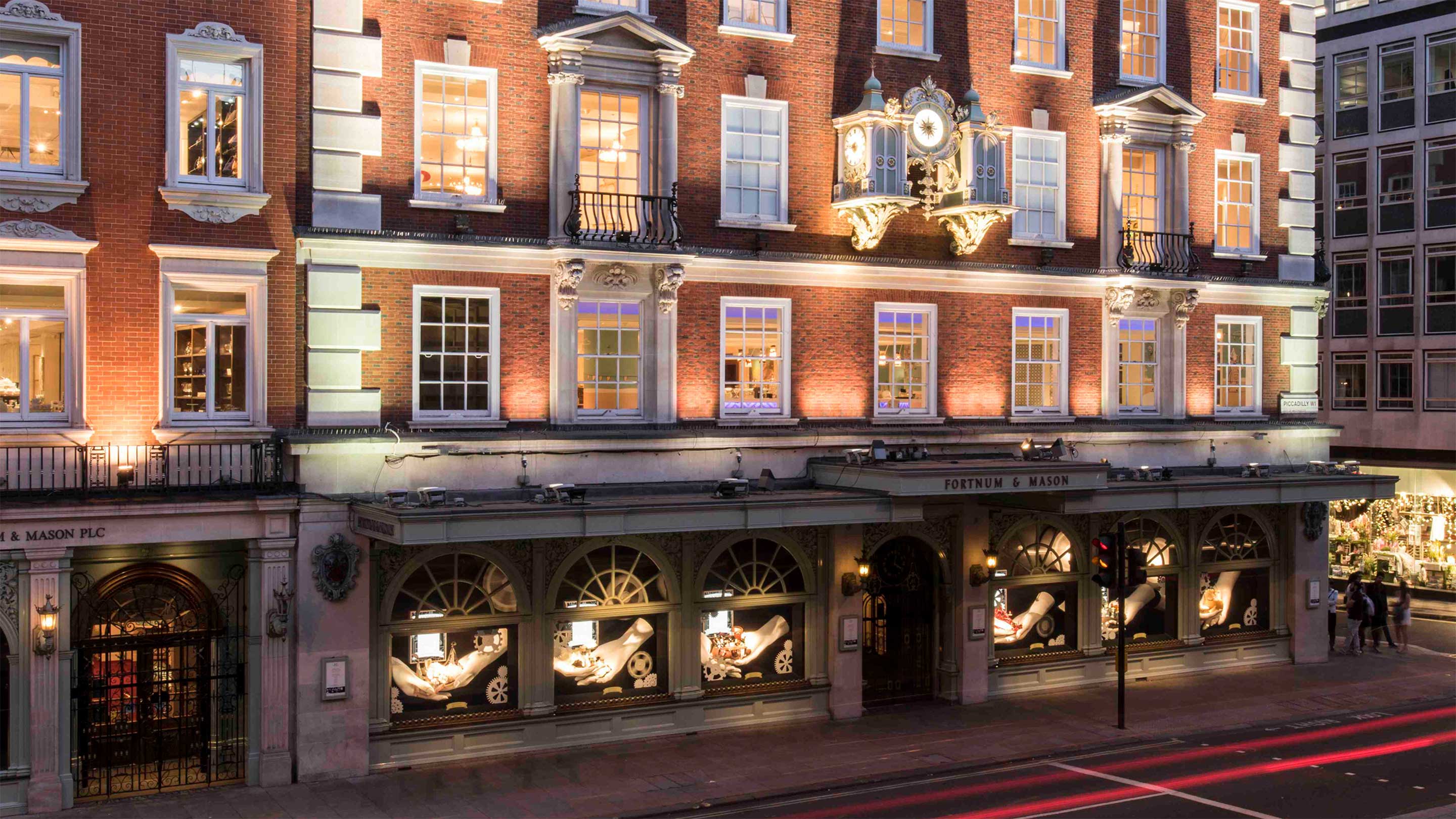 Founded in 1875 by Arthur Lasenby, Liberty is a designer department store with a keen sense of artistry and expression. Located on the edge of Soho, the store specialises in luxury goods, a signature selection of covetable accessories, cutting-edge designs, homeware, food, floral prints and interior decorations. The store is distinctly Tudor in appearance, constructed from battleship timber and draped with colourful hangings. 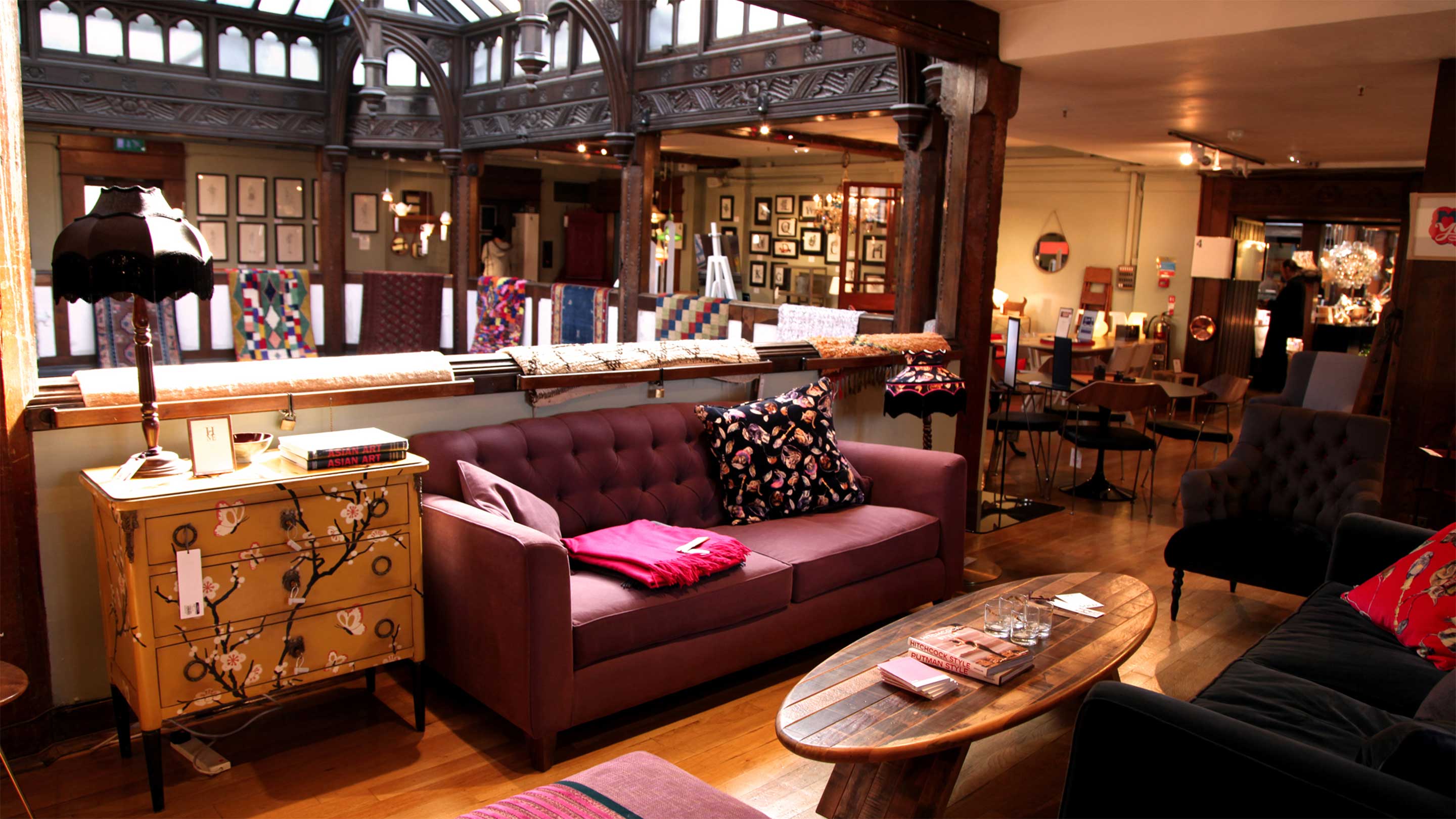 This department store is a multi-brand fashion retailer reminiscent of a trendy Japanese Harajuku shopping complex. Opened at the turn of the century, the industrial aesthetic features a mixture of concrete ceilings and decorative fittings that enable the space to defy traditional retail boundaries. A brief exploration will uncover a blend of high-end seasonal brands from trend-setting designers and artists. Expect to find anything from Gucci and Raf Simons to Comme des Garçons and Azzedine Alaïa. 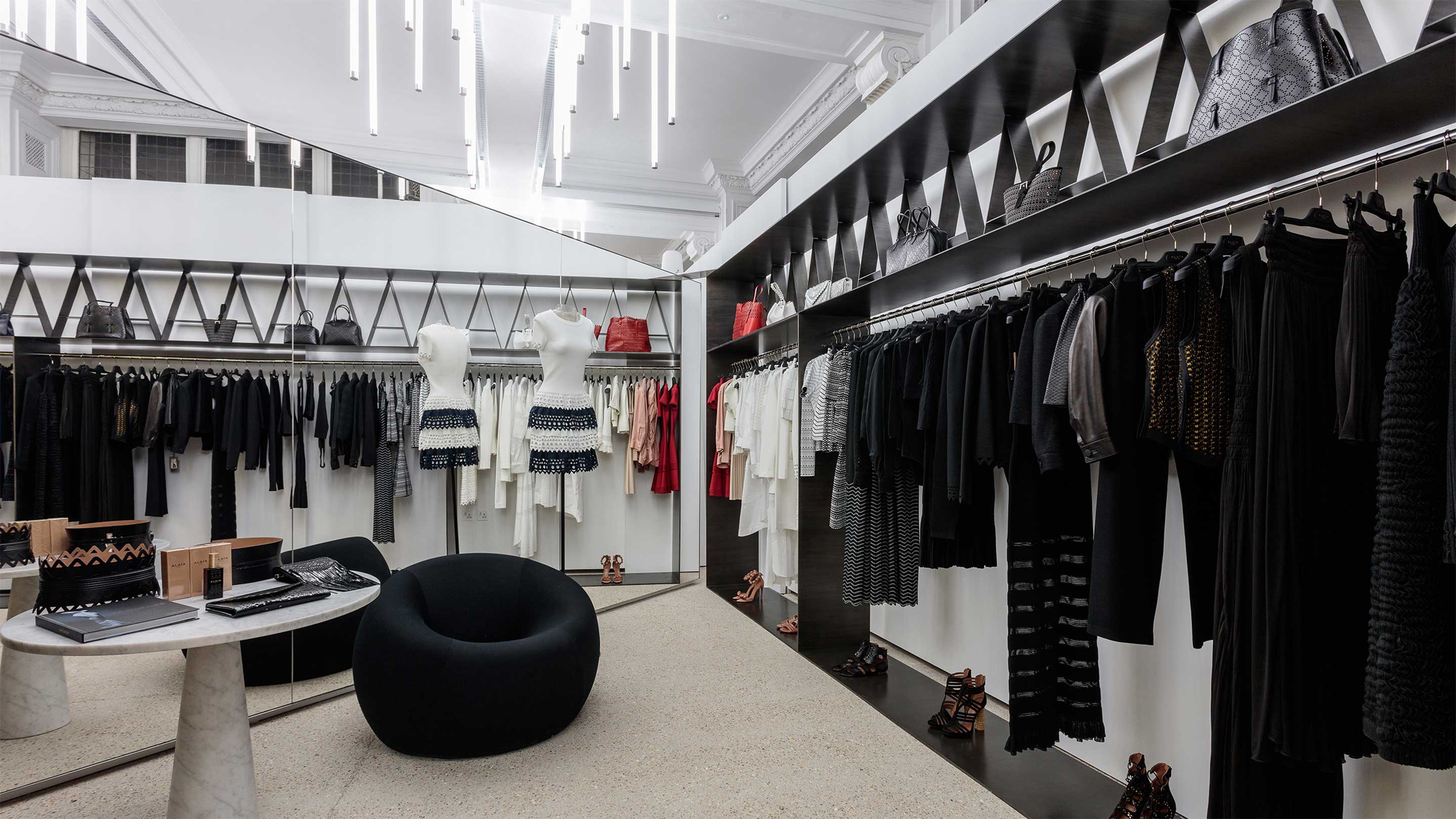