Falconry has been practised in the Middle East for hundreds of years. It’s a spiritual sport that forges a deep connection between man and bird, starting from when the bird is still a fledgling.

One of the Middle East’s most renowned falconers, Peter Bergh, is a local legend with more than 18 years of falconry experience. He’s also the founder of Royal Shaheen, Dubai’s top falconry safari provider, which now offers falconry displays at Jumeirah al Wathba Desert Resort and Spa in Abu Dhabi. His safaris can be booked from the resort.

‘My love affair with falcons began more than 25 years ago, back home in South Africa,’ says Bergh. ‘A friend of mine was into falconry and he would often come to our farm to hunt birds with his African Goshawk. I knew this was something I wanted to try. Now, I find satisfaction from pushing the boundaries of falconry, and finding ways to extract incredible speeds from my birds.’ 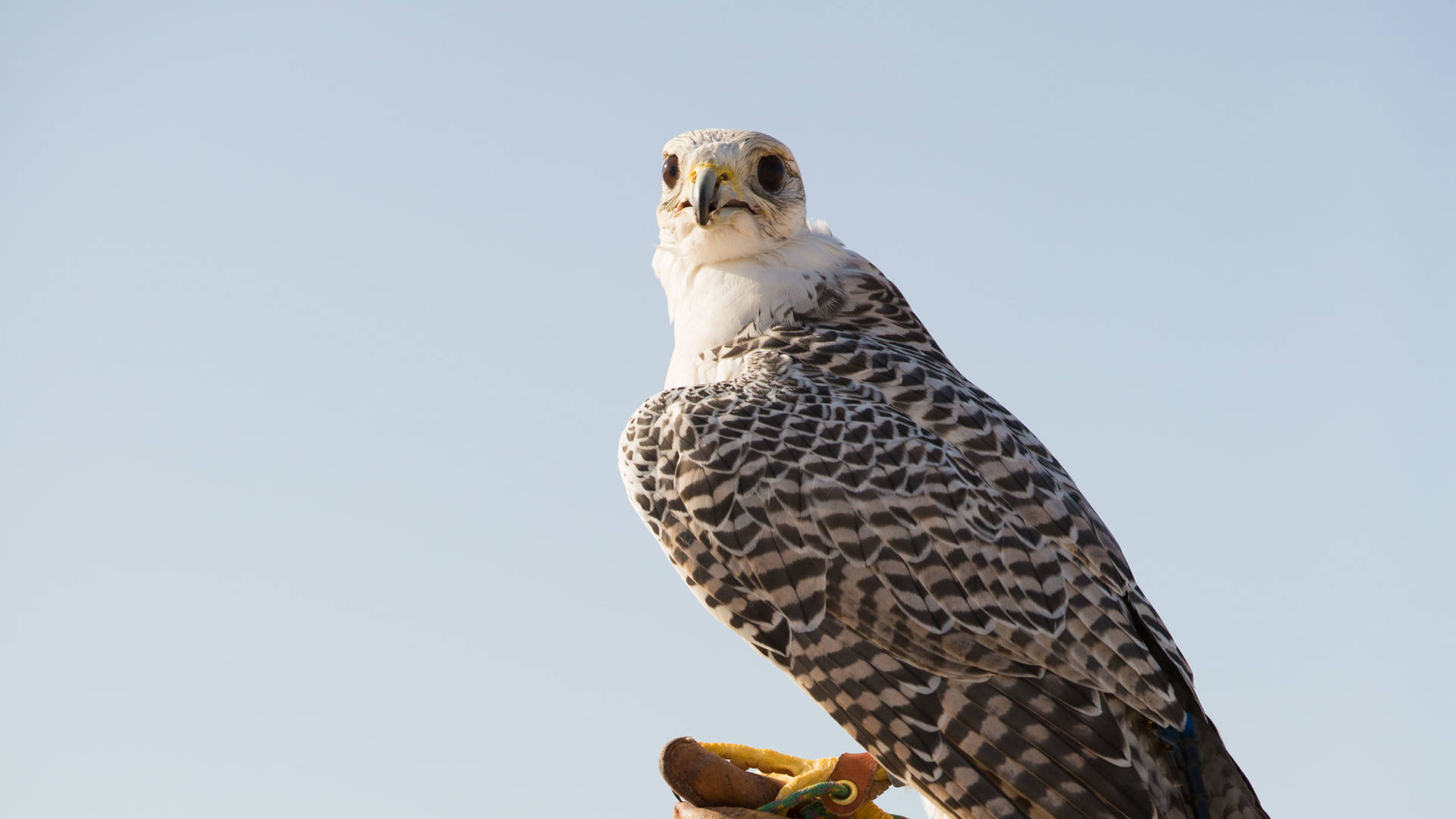 Traditionally, the Bedouin people used falcons to catch prey for a source of protein during the winter months. Today, says Bergh, there are two main attractions for the modern falconer. The first is hunting – two types of bird – the prized houbara bustard, and the more challenging karawan. The quarry is located and the falcon is released in a straight line pursuit until the prey is reeled in and caught. Watching a falcon speed along, wings unfurled, swooping for its catch before returning into a confident handler’s outstretched hands, is a stunning sight. This style of falconry is often referred to as shotgun falconry.

The second is falcon racing, conducted in a similar fashion to hunting. A bird flies from the fist, in a straight line, to a falconer swinging a traditional lure. The birds fly one at a time and their speeds and times are recorded.

Falcon racing has revitalised the ancient art of falconry in the Middle East, and with this revitalisation, a fast-developing falcon market has emerged.

‘Most of us are familiar with horses and how their value is determined,’ says Bergh. ‘The same is true for falcons. Birds with good performance, strength, and appealing characteristics are generally sold for large sums of money. A winner in a falcon race is extremely sought after.’

The cutting edge of falconry

Bergh has made headlines in the Middle East’s tourism sector with his project Flying with Falcons.

‘After acquiring a percentage of a balloon company, we began to ask: “Why don’t we fly falcons from the balloons?” We took four baby falcons bred in Scotland and imprinted them [gave them a sense of species identification], before training them daily in Umbria around hot air balloons.’

‘We then returned to Dubai to launch the project. We take off in a hot air balloon, climb to 4,000ft where the falcon is released, and our clients get to witness a falcon and human sharing the same airspace.’

Peter is continuously searching for more efficient ways of conditioning his falcons. He has developed a small remote-controlled light airplane — called a Berghwing — to use in training. By chasing this day after day, a falcon gradually increases its flying times and distances.

‘The Berghwing brings the planet’s most formidable apex predator right in front of us, so that we can enjoy their incredible performance capabilities first hand,’ he says proudly.

Peter Bergh falconry displays can be booked when staying at Jumeirah al Wathba Desert Resort and Spa in Abu Dhabi.