Profoundly spiritual and deeply religious, Bali is a place where its Hindu inhabitants’ faith seeps into every aspect of life. Floral offerings are everywhere you turn while the scent of incense perfumes the air. Central to Balinese culture are the Indonesian island’s many ancient temples, and over 20,000 of these dot Bali’s verdant landscapes and rugged cliff tops. From vast funerary complexes to elegant waterside shrines, each temple is strikingly unique. When visiting Bali take the time to temple-hop and visit these beautifully atmospheric places of worship.

Crowning the top of a rock formation just off Bali’s western coast, Tanah Lot Temple (Land in the Sea) seems to defy nature as the white foam of the Indian Ocean crashes at the jagged rocks below. Supposedly built by fishermen in the 15th century, Pura Tanah Lot is one of Bali’s most important temples with crowds clustering on the rock formation to watch the sunset. Constructed in typical Balinese style, with tiered thatched shrines, it is framed by a cluster of greenery that grows upon its rocky crag. The relentless currents eroding away the rocks beneath have created caves said to house sea snakes that guard the temple. 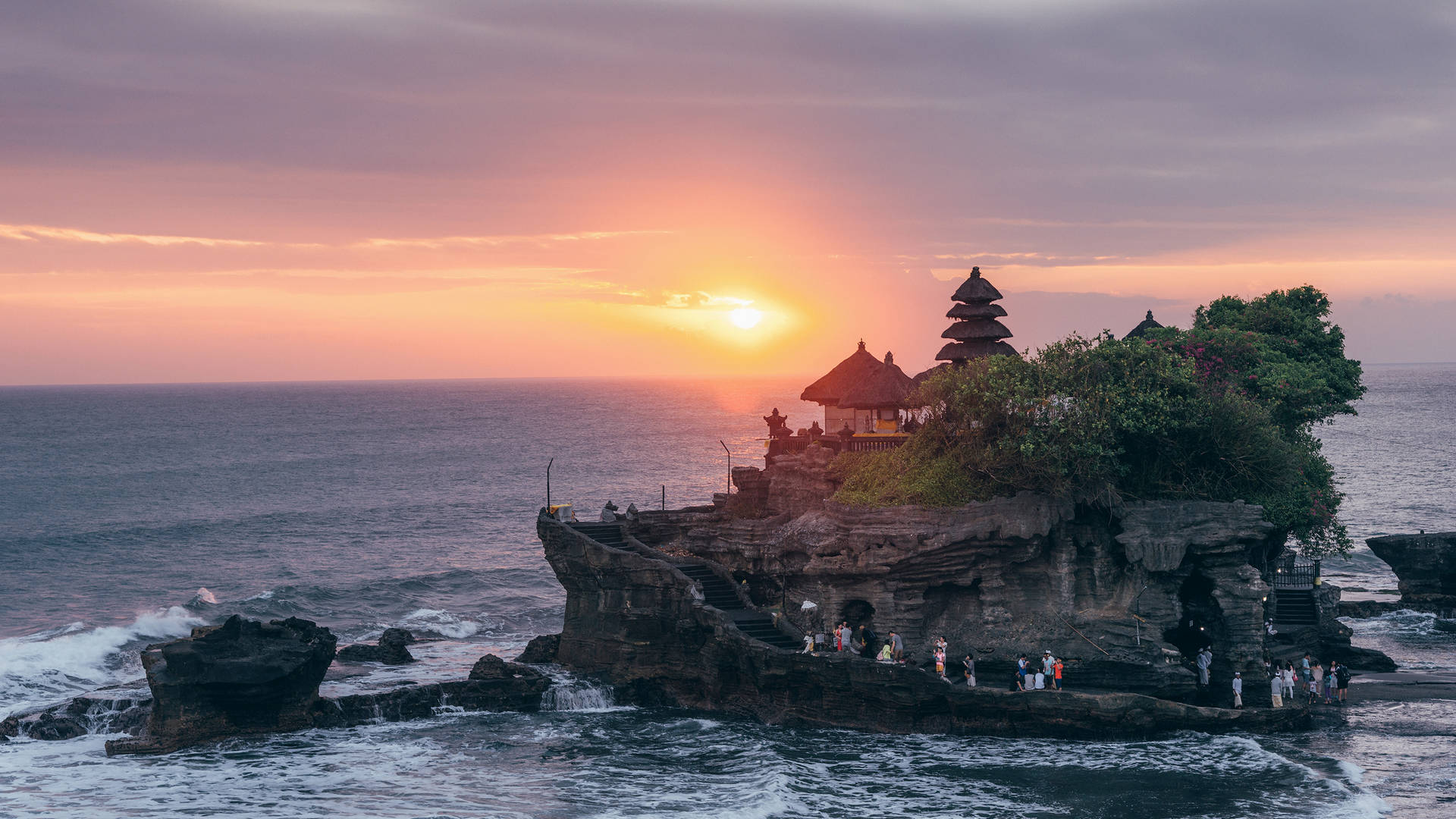 Perched on the shore of Lake Beratan in the mountains near Bedugul, Ulun Danu Beratan Temple sits serenely as if floating on the water. The distinctive pagoda-like roof (pelinggih meru) with eleven thatched tiers rises into the sky like a wand, with its reflection mirrored in the water below. Built in 1633, Ulun Danu Beratan Temple is used for offerings to the Balinese water goddess Dewi Danu. Lush gardens and tropical foliage surround the temple complex, while in the early mornings a light mist often swirls around its four sacred buildings making for a deeply atmospheric ambience. 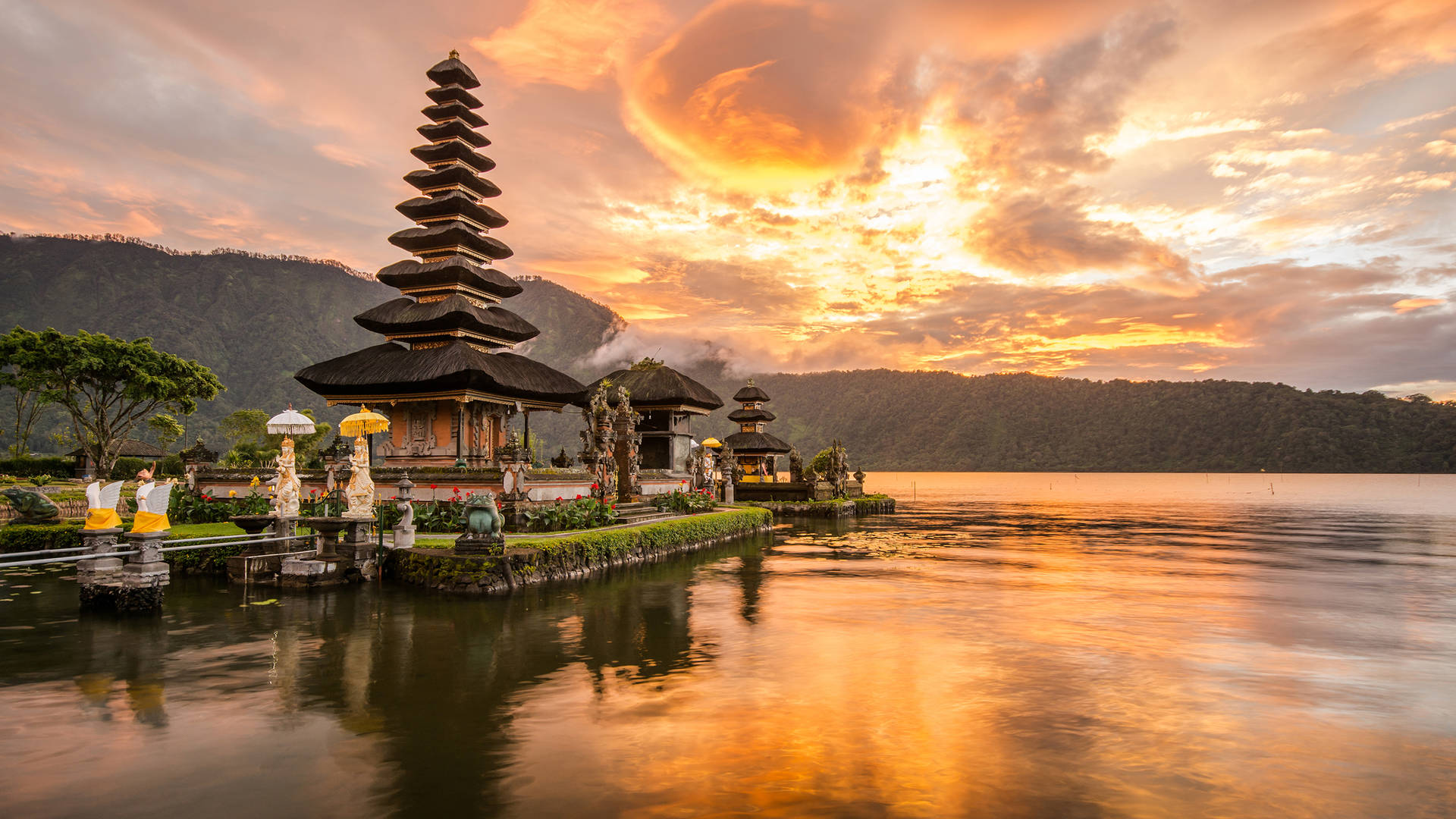 One of Bali’s largest ancient temple complexes- the extraordinary Gunung Kawi -nestles in a verdant river valley reached by descending 250 stone steps. Built in the 11th-century in Tampaksiring, north east of Ubud, the temple and funerary complex spans both sides of the Pakerisan river. A single building comprises the shrine, but it is the ten rock cut shrine reliefs (candis) carved directly into the cliff face that are the draw. Standing eight-metres high, the statue-like candis were created to house the souls of ancient kings. Legend has it the mythical giant Kebo Iwo carved out all the ancient tombs in just one night with his fingernails. 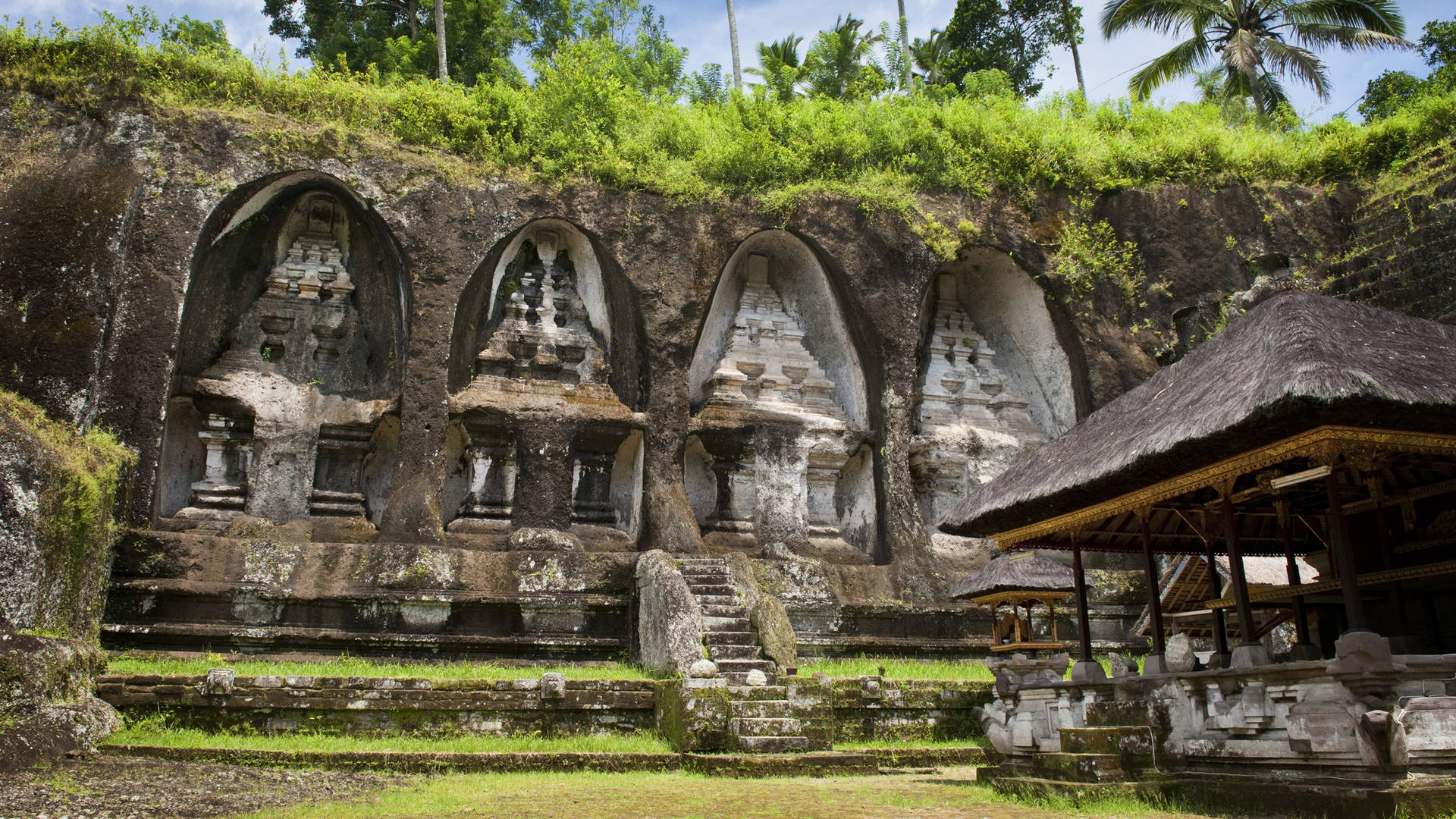 In the small village of Manukaya the water temple of Pura Tirta Empul is built around an ancient spring, which was said to be created by the Hindu god Indra. An imposing gate opens to a richly vegetated courtyard ornamented with golden shrines, while koi carp lazily swim in tranquil ponds. It’s Pura Tirta Empul’s spring-fed pools that remain the temple’s most alluring attraction. For thousands of years visitors have practiced the purification ritual melukat by bathing under each of the thirty spouts that gently fill the crystal-clear pool. The holy waters allegedly hold healing powers and offer bathers a transcendent experience. 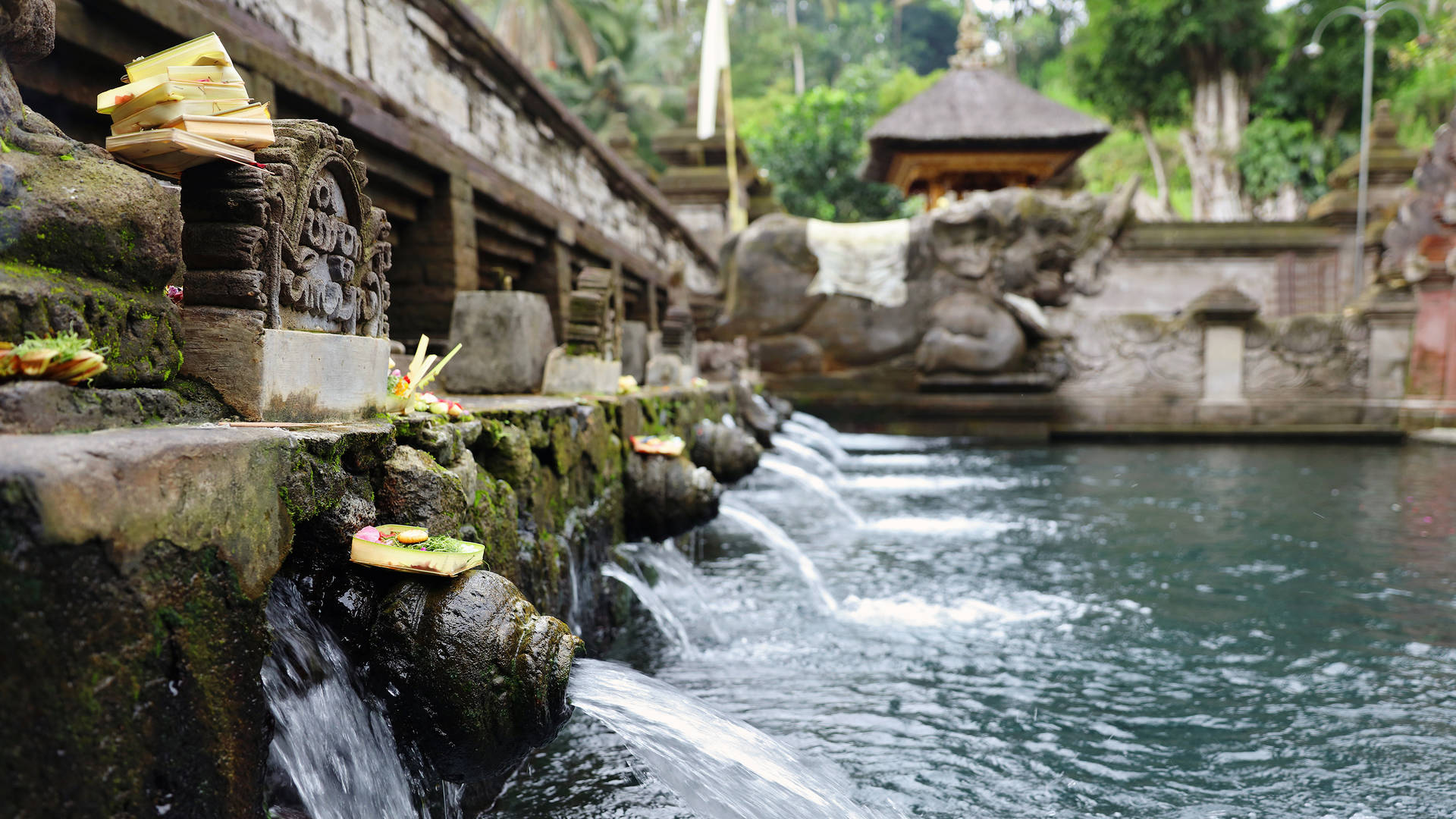 One of the six temples considered Bali’s ‘spiritual pillars’ Uluwatu Temple perches 70 metres above the sea on a dramatic cliff found at Bali’s most southwestern tip. The 10th century temple is a sprawling network of stone pathways and walls that cling to the cliff face, leading to statue-strewn terraces and shrine-bedecked courtyards. Uluwatu Temple is shrouded in a forest, whose silence is broken by the macaques, who leap from statue to statue, and are said to be the keepers and guardians of the temple. Like Tanah Lot, Uluwatu Temple is in the perfect position to watch the blazing sun dip below the horizon upon the shimmering Indian Ocean. Stay after sunset to watch a Kecak Fire Dance. 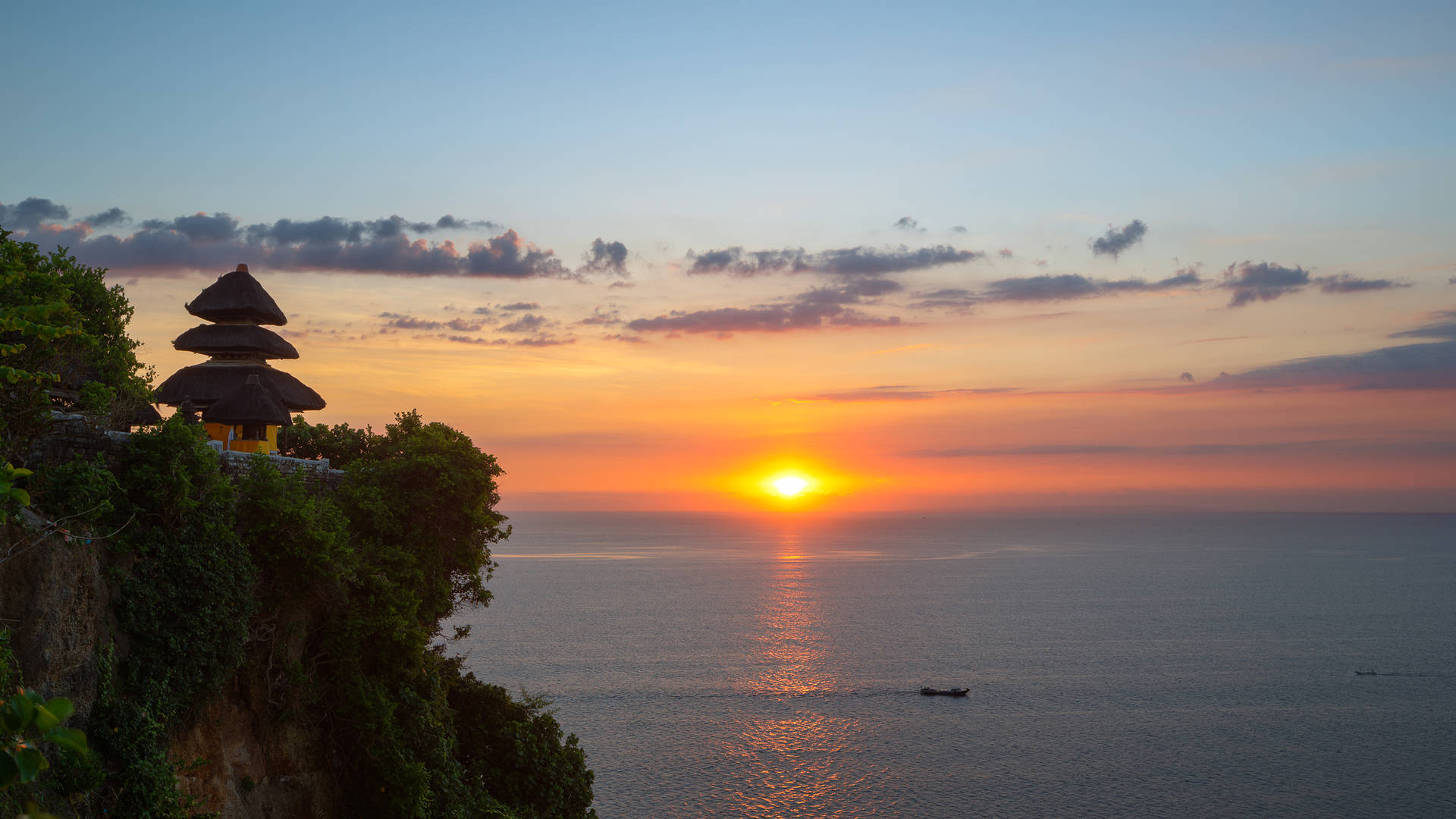 Our concierge will be more than happy to book a day trip to these magnificent temples when you stay with us at Jumeirah Bali.