Abu Dhabi rises from the desert sands like an ethereal oasis. Its sleek, seemingly gravity-defying high-rises and architectural marvels are genuine wonders of the modern world, looking out towards the low-lying red deserts around them. Here we showcase the most inspiring pieces of cutting-edge engineering from the heart of Abu Dhabi: 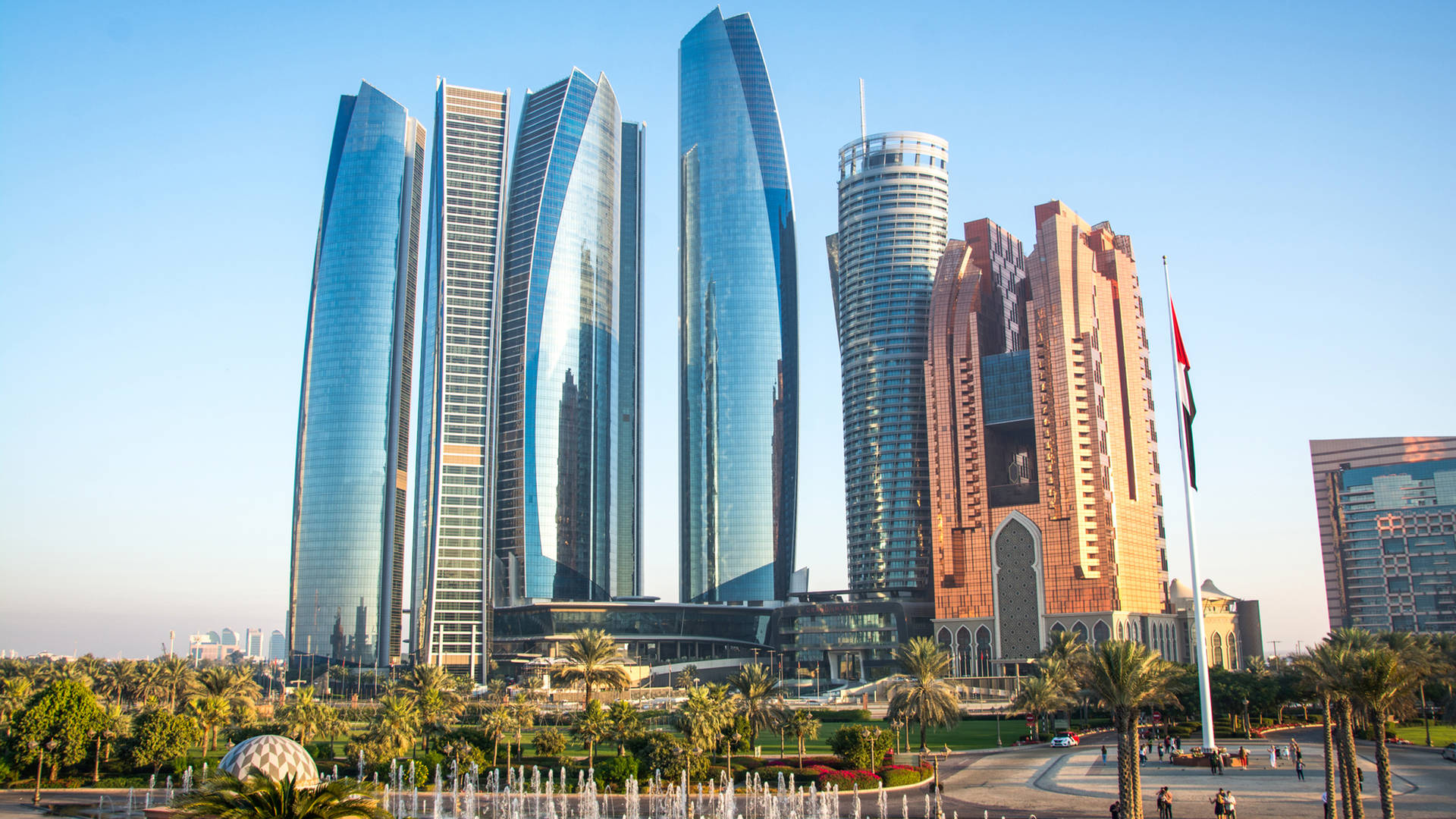 “The Louvre” is not a name to be played around with, and after an over-$500 million deal to be associated with the French museum, it should come as no surprise that the Louvre Abu Dhabi is one of the modern world’s most complex, evocative, and inspirational buildings. Resembling a cocoon of light, the Louvre was masterminded by the French architect Jean Nouvel to be both representative of Abu Dhabi’s heritage and to be an introspective space that might accentuate the emotive power of its incredible collections.

The building is covered by a 180-metre-diameter, eight-layered dome, patterned in geometric honeycomb rings (inspired by the iconic domes of the Middle-East’s mosques), and its 23 galleries are clad in the traditional white of Abu Dhabi’s desert settlements. From the dappled gaps in the roof’s geometric design, small droplets of light plume downwards, creating a rain shower of brightness that accentuates the lighting of the gallery spaces. Meanwhile, the inlets of water that wander into the Louvre’s canopy (the museum protrudes into the waters surrounding Saadiyat Island), reflect the shimmering light from the dome, adding further to the sensational brightness of the building. 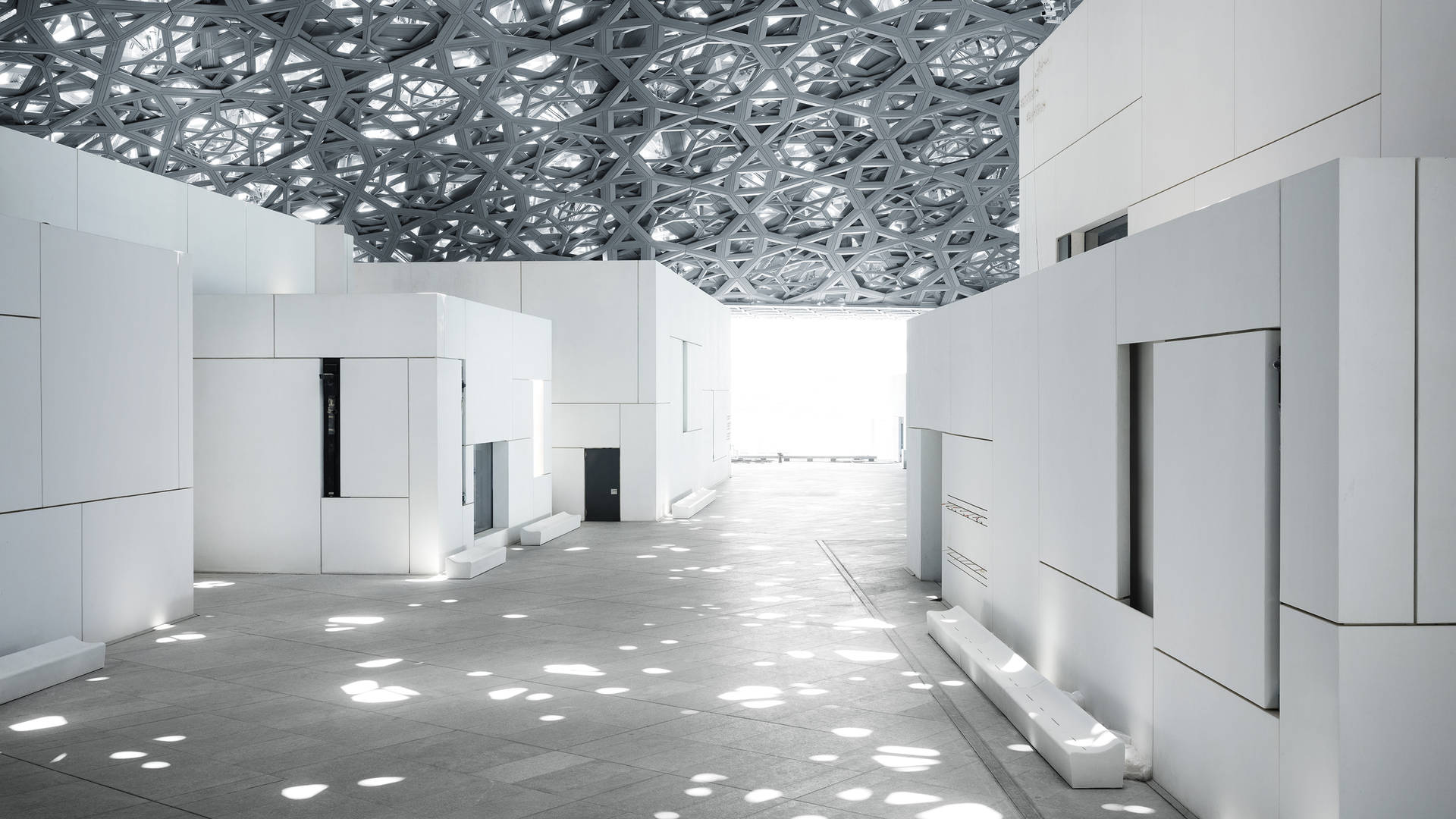 The Al Dar Headquarters is Abu Dhabi’s giant glass coin. The building was designed by MZ architects, completed in 2010, and is currently one of, if not the most, unusual buildings in the Abu Dhabi skyline. A perfect circle, the building rises over 23 floors, its two convex glass faces reflect the entire world passing by, while its zig-zag steel grid draws a viewer’s eyes upwards and across the building’s impressive facade.

The building’s design is centred around the symbolism of the circle and of the sphere: symbolism that has for centuries connoted perfection, stability, and even heavenly qualities. In fact, its design has even incorporated the concept of the Vitruvian man, the idea that man’s proportions fit exactly into a perfect circle. The base of the structure is located at the exact point in the overall circle where man’s feet would intersect the circumference. This exact placement has allowed the Al Dar Headquarters to maintain its impressive stability despite its unorthodox shape. While almost every other high-rise in Abu Dhabi has striven for the vertical, Al Dar has embraced both the vertical and the horizontal, creating one of the world’s most unusual and special pieces of architecture. 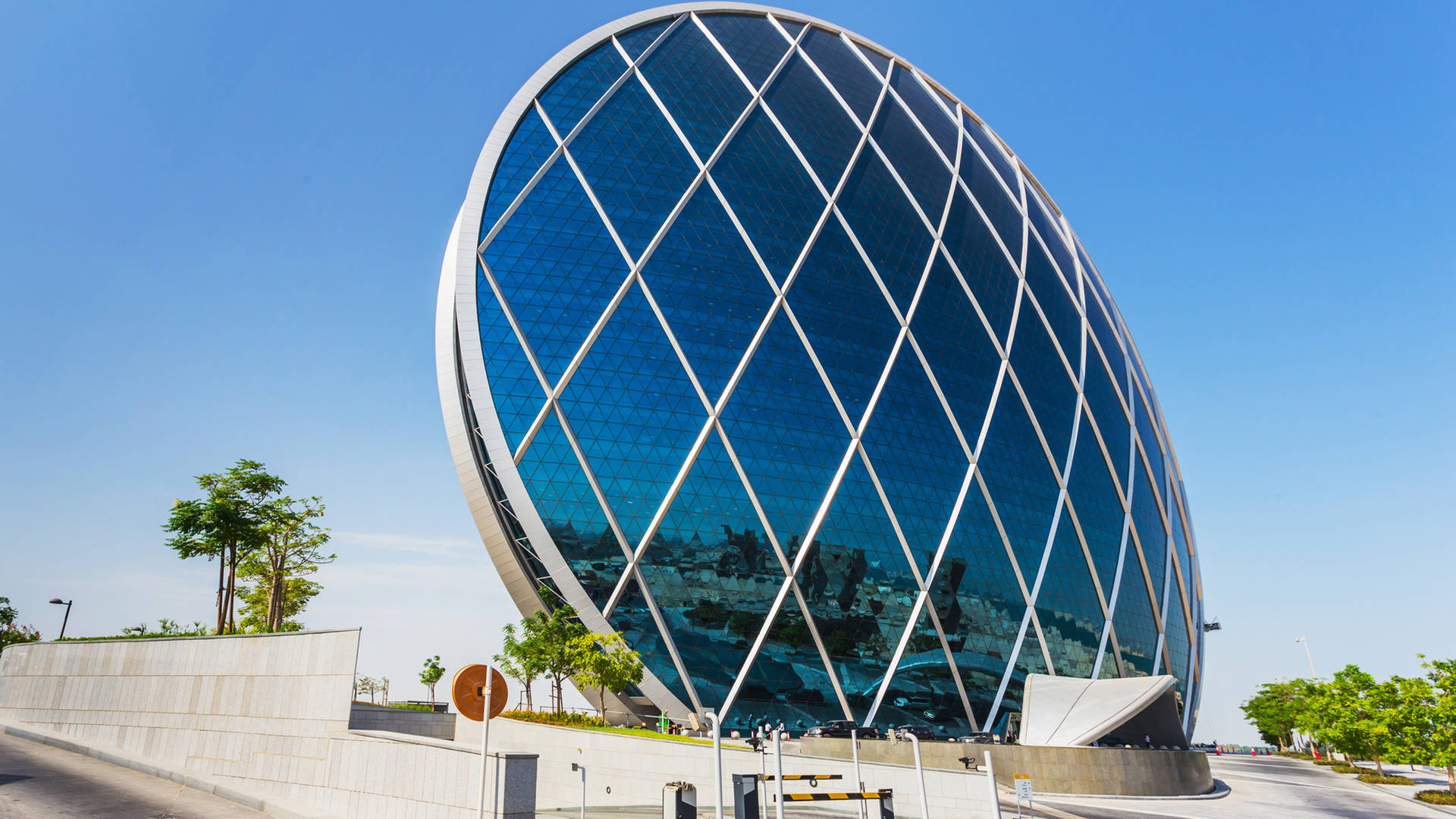 The London-based firm, Al_A, helmed by award-winning architect, Amanda Levete, recently won a competition to design the mosque for Abu Dhabi’s World Trade Centre. Their design, which is currently underway, is almost otherworldly. Taking inspiration from the “Forest of Pillars” in Cordoba, the interior of the mosque will be studded with golden, branch-like pillars that arch upwards to support a latticework, light-laced roof. The mosque itself will be trapezoidal in shape, the uneven sides welcoming in those praying outside its interior. Meanwhile its courtyard, stretching far beyond the interior space, is a seamless continuation of the mosque’s design. The pillars are replaced by palms, and the latticework roof by the awe-inspiring skyline of central Abu Dhabi. The entire area, low-set, filled with light, decorated with plain, refined materials, is a perfect conduit towards inner, spiritual contemplation.

Stay within easy reach of all the amazing architecture of Abu Dhabi's cityscape when you stay with us at our luxury beachside property, Jumeirah at Saadiyat Island Resort.