Abu Dhabi
Sand And The City: A Long Weekend In Abu Dhabi
Wanderlust
Five adventures to entertain clients on an Abu Dhabi business trip
Wanderlust
Eight ways to ensure a dreamy sleep on your next holiday
Wanderlust
Seven restaurants with panoramic views of Abu Dhabi
WANDERLUST
Why you should visit Warner Bros. World Abu Dhabi

Often overlooked thanks to the glitz and glamour of Abu Dhabi’s glass and steel skyline, four little-known but unforgettable UNESCO World Heritage Sites are waiting to be discovered by visitors.

Uncovered, restored, and preserved over the past 50 years, these UNESCO areas represent the longest continuously inhabited places in the region. From the Jebel Hafeet Tombs, hidden among towering rocky ridges, to the palm-studded canopies of the Al Ain Oasis, Abu Dhabi’s historic sites stand in striking contrast to the capital’s super-modern architecture.

From the summit of the 1,160m Jebel Hafeet Mountain, the rocky desert below, and the panoramic skyline fade into the distance. In the shadow of the peak, hundreds of 5,000-year-old beehive-like tombs are set into the red cliffs. Unlike many other UNESCO sites around the globe, sightseers are free to explore every one of the Hafeet Tombs in the valley. With no paved footpaths, the scene (unchanged for millennia) offers a vivid and atmospheric insight into ancient Hafeet culture. This is magnified when you venture inside the tombs and watch the occasional cloud float past, framed by the circular openings in the roofs. 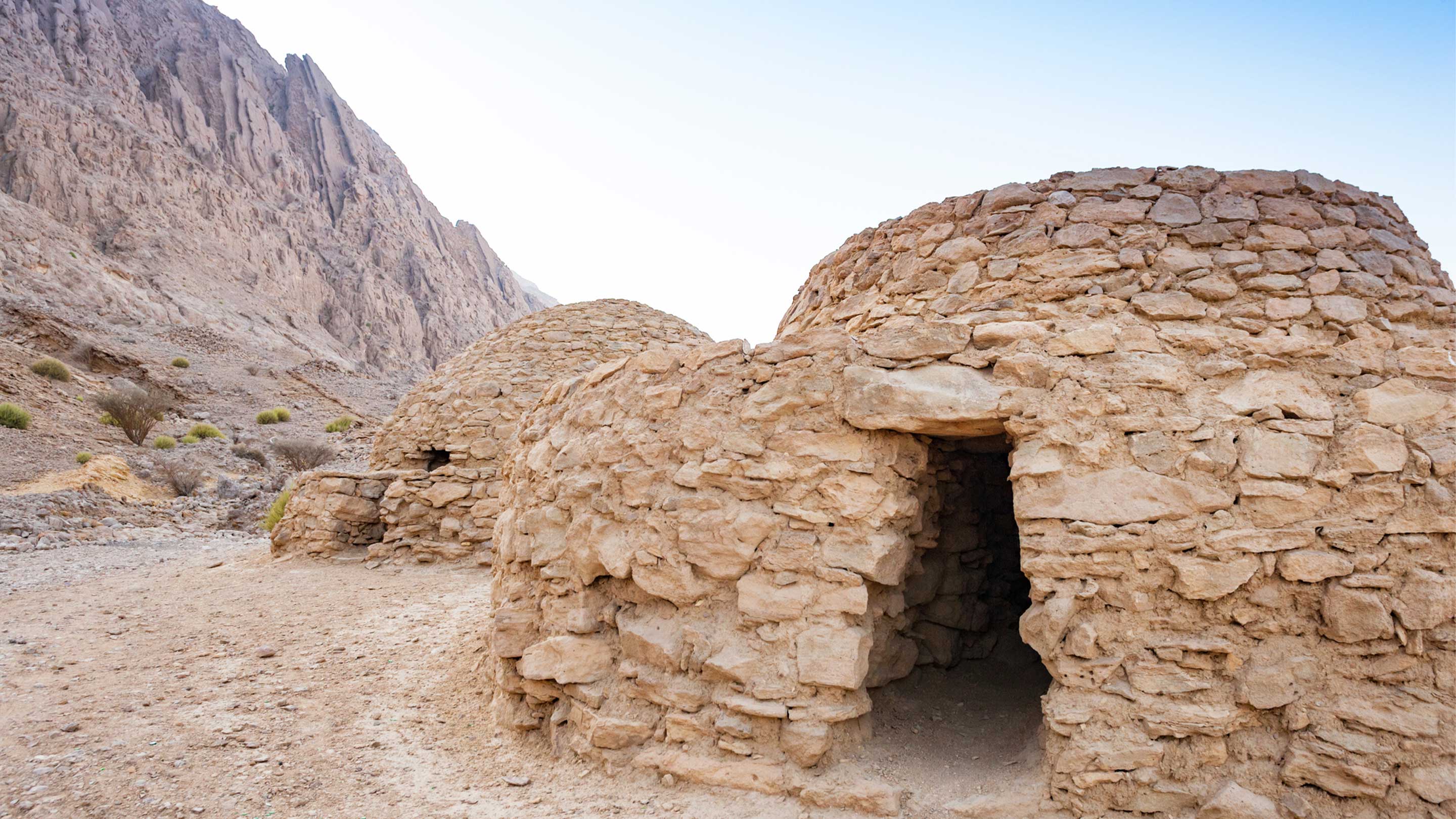 The best known of Abu Dhabi’s ancient sites is Hili Archaeological Park. Developed to highlight the archaeological treasures of the Bronze Age site of Al Ain, the park and verdant flower gardens surround a collection of 4,000 to 5,000-year-old monuments, making this the perfect place for picnics or scenic strolls. Among its tombs, towers, houses and hills lies the Grand Tomb, a 12m-diameter building reconstructed using its original hand-hewn stone blocks. Used for communal burial, the tomb features carvings of Arabian oryx and other local wildlife that proliferated at the time. Other Hili highlights include the recently opened Hili Site 8, the earliest agricultural settlement unearthed in the UAE and Hili Site 10, thought to be an ancient stronghold. The nearby Al Ain National Museum showcases the fascinating archaeological finds of the past half-century. 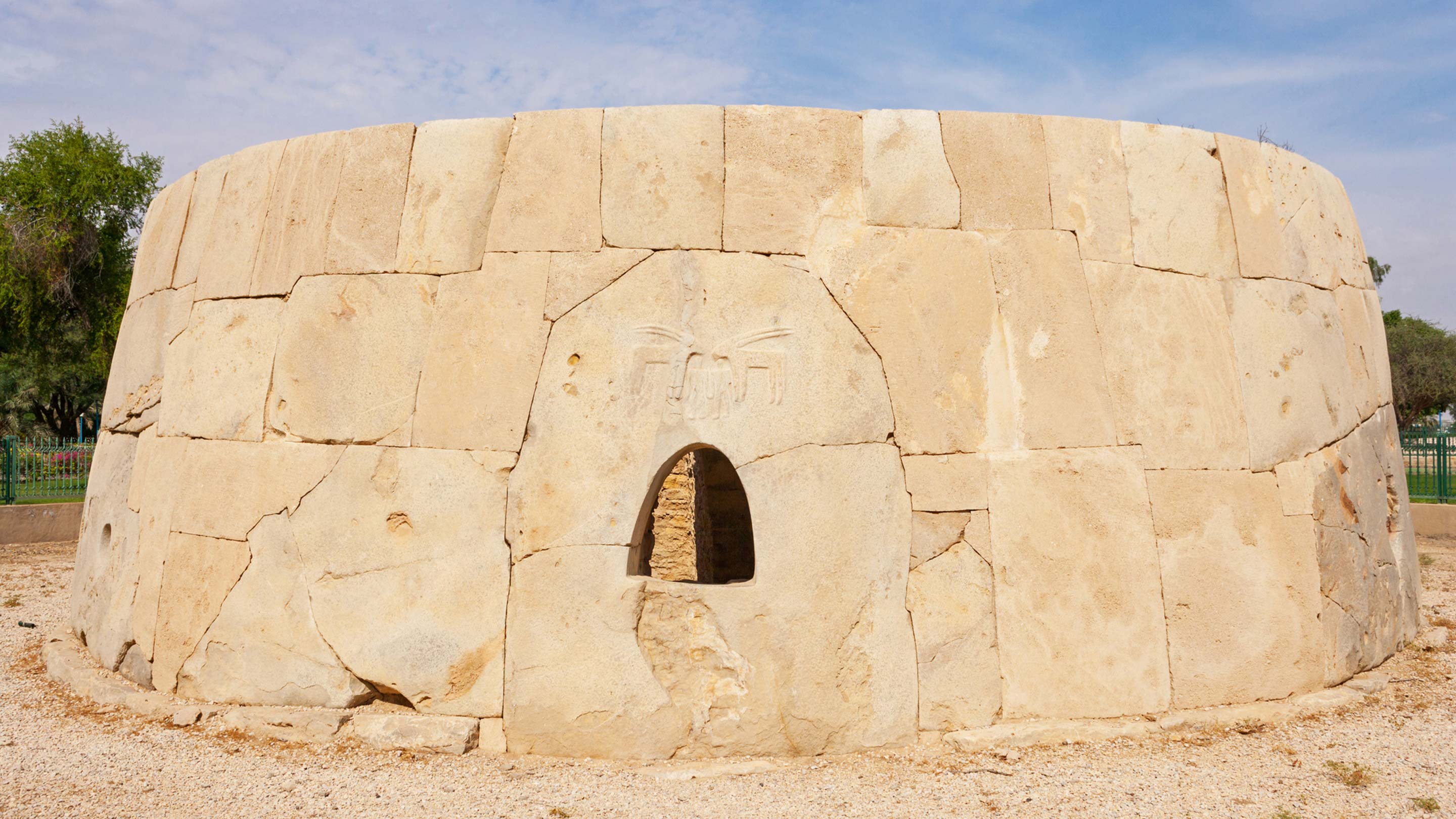 Situated on the massive rock of Garn bint Saud, the ancient caravan stop of Bidaa Bint Saud offers sweeping vistas of the rocky desert. The site features multiple Bronze and Iron Age tombs in addition to a well-preserved mud-brick hall thought to have been an ancient seat of government. The main attractions are the site’s two falaj irrigation systems, a millennia-old series of cut channels and cisterns ferrying water underground from nearby mountains to the main settlement. Mentioned in the history of Assyrian King Sargon II, the falaj was an integral development in ancient irrigation. Bidaa Bint Saud is considered the earliest known example of this system and a must-see for anyone interested in the history of the Arabian Peninsula.

Nestled in the heart of the modern city of Al Ain is the 1,200-acre Al Ain Oasis, a vast grove of 147,000 date palms fed by traditional falaj irrigation channels. Heralded for its biodiversity and cultural heritage, from Iron Age caravans to the era of Lawrence of Arabia, Al Ain has long-been a stopover for intrepid travellers. Inside, the sound of trickling channels brings the falaj systems to life. Historical boundary walls and channel grooves direct cool water from both the Hajar and Jebel Hafeet mountains, while the shelter of swaying palm fronds provide shade from the Abu Dhabi sun. 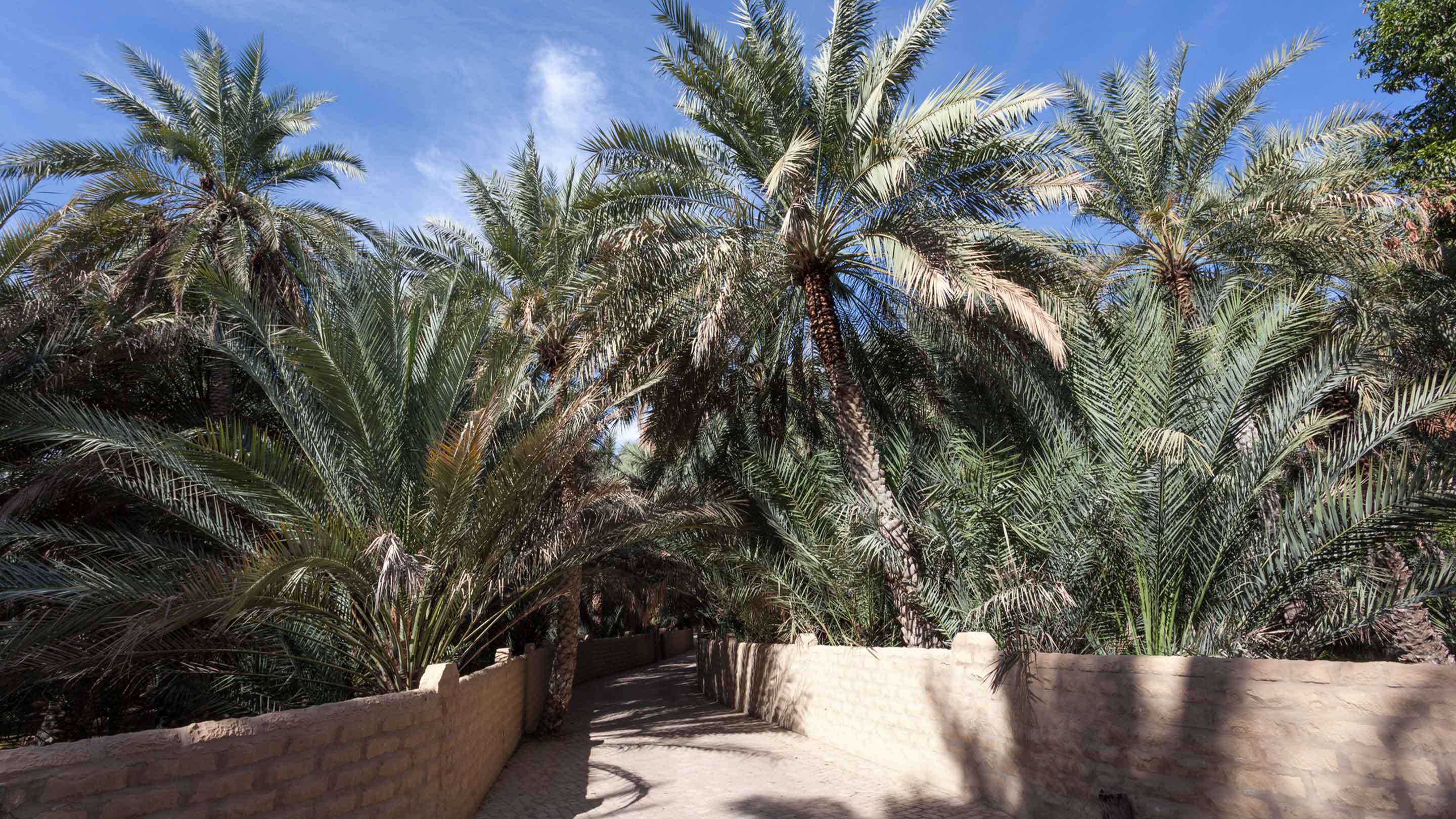