Show them your knowledge of local sites, activities and dining

Dining
Guangzhou: the home of Cantonese cooking
DINING
Discover the best Shanghai street food
China
24 hours in Guangzhou
CHINA
The land of fish and rice: a guide to Jiangsu cuisine
Wanderlust
Seven unmissable treasures in the Old City of Shanghai

China is a country with a cultural history that spans millennia. Colourful, exuberant and magical, it continues to inspire with thousands of annual events organised across the country. Three cities in particular — Nanjing, Shanghai and Guangzhou — have a cultural calendars full of unmissable events for those wanting to experience the best of Chinese culture. From the avant-garde to the traditional, here are some of our favourites.

China’s most populous city hosts a wide selection of cultural events. For us, the Shanghai Spring International Music Festival is the most exciting. Taking place from April to May, this is the most established festival of its kind in modern China, showcasing music and dance that fuses traditional styles with modern and international influences. It always starts with a spectacular opening ceremony.

The Shanghai International Film Festival in June has showcased relatively obscure, local and international talent since 1993. In 2018, over 3,000 films were submitted, and almost 500 were screened across the city’s cinemas. Films range from classic restorations of historic Chinese stories, to pieces that reflect upon China’s place in the modern world. Don’t miss the vibrant Shanghai Art Fair in September and Shanghai Fashion Week in March and October. 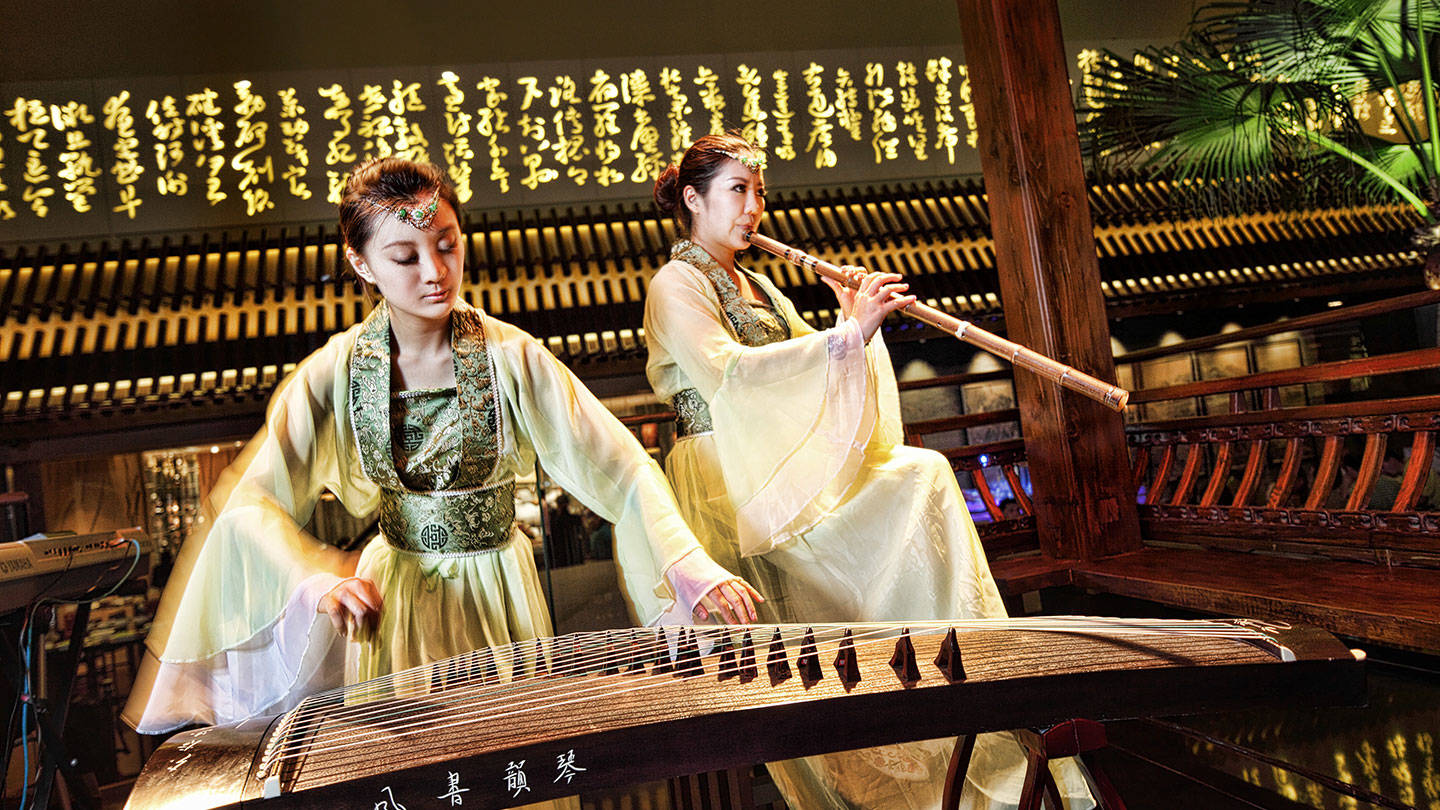 Nanjing’s annual events are the backbone of its cultural heritage. At the spectacular Dragon Boat Festival in June, colourful boats, sporting carved dragons recreate the heroic attempts of locals to save drowned poet Qu Yuan, over 2,000 years ago. Families prepare special treats; chief among them are zongzhi, sticky rice dumplings wrapped in bamboo leaves.

Later in September comes the iconic Rain Flower Stone Festival. The sedimentary stones of the Yangtze river, polished to an outstanding shine by the flow of the river are celebrated throughout the city. Thousands unite to collect stones from the river, while in the city’s Yuhua Tai area, vivid performances evoking the stones’ mysterious gleam mesmerize audiences.

The most visually striking of Guangzhou’s cultural events is the Yangjiang Kite Festival in October. Each year over 10,000 kite handlers head to the scenic town of Yangjiang, just over an hour from the city centre. In a custom dating back to the Song dynasty, traditionally made kites are flown in imitation of a kite-loving magistrate of the past. Throughout the festival, the sky is awash with colour and spectacular shapes, with kites imitating everything from dragons to eagles and even lions. To add to the excitement, there are competitions for the longest, largest and most manoeuvrable creations.

In August there is the famed, located in the picturesque Lotus Blossom Hill, an hour south of Central Guangzhou. The scenery is stunning. The festival takes place in an old Han stone quarry with towering exposed rocks and calm, serene lakes glowing with the shine of blooming lotuses. At the same time, 15,000 flowers are showcased in nearby Panyu, with over 280 varieties of lotus on display.

Experience the best of Chinese culture, through avant-garde to traditional events, when you stay at Jumeirah Himalayas Hotel, Jumeirah Nanjing or Jumeirah Guangzhou.