RomanceFive of the most romantic things to do in Shanghai

The wealthiest and most cosmopolitan city in China, Shanghai is served by two major rivers – the Yangtze and the Huangpu – and the city casts its lights across both. A spectacular skyline jumps from low-lying Art Deco architecture to futuristic skyscrapers. Shanghai is a city forever marching upwards, a hub for luxury shoppers and professionals, where residents are known by the rest of China as ‘little capitalists’. And yet, beneath the tall monuments of business, there’s a quiet romance to be found among the Buddhist temples, sleepy waterways and Michelin-starred restaurants. Here is our selection of the most romantic things to do in Shanghai.

Stroll along the Bund

Shanghai’s leafy boulevards, hidden temples and meandering paths make it the perfect place to get lost together. The best spot to see the city at its most majestic is from the west bank of the river, affectionately known as The Bund. Use the river as a guide as you wander Huangpu District. Take in the cinematic atmosphere as you stroll down the glittering promenade, passing between shops, bars and restaurants. Drift between street scenes, colonial-era architecture and skyscraping towers. Finally, kick-up your weary feet and have a drink in one of the laidback rooftop lounges, overlooking the water. 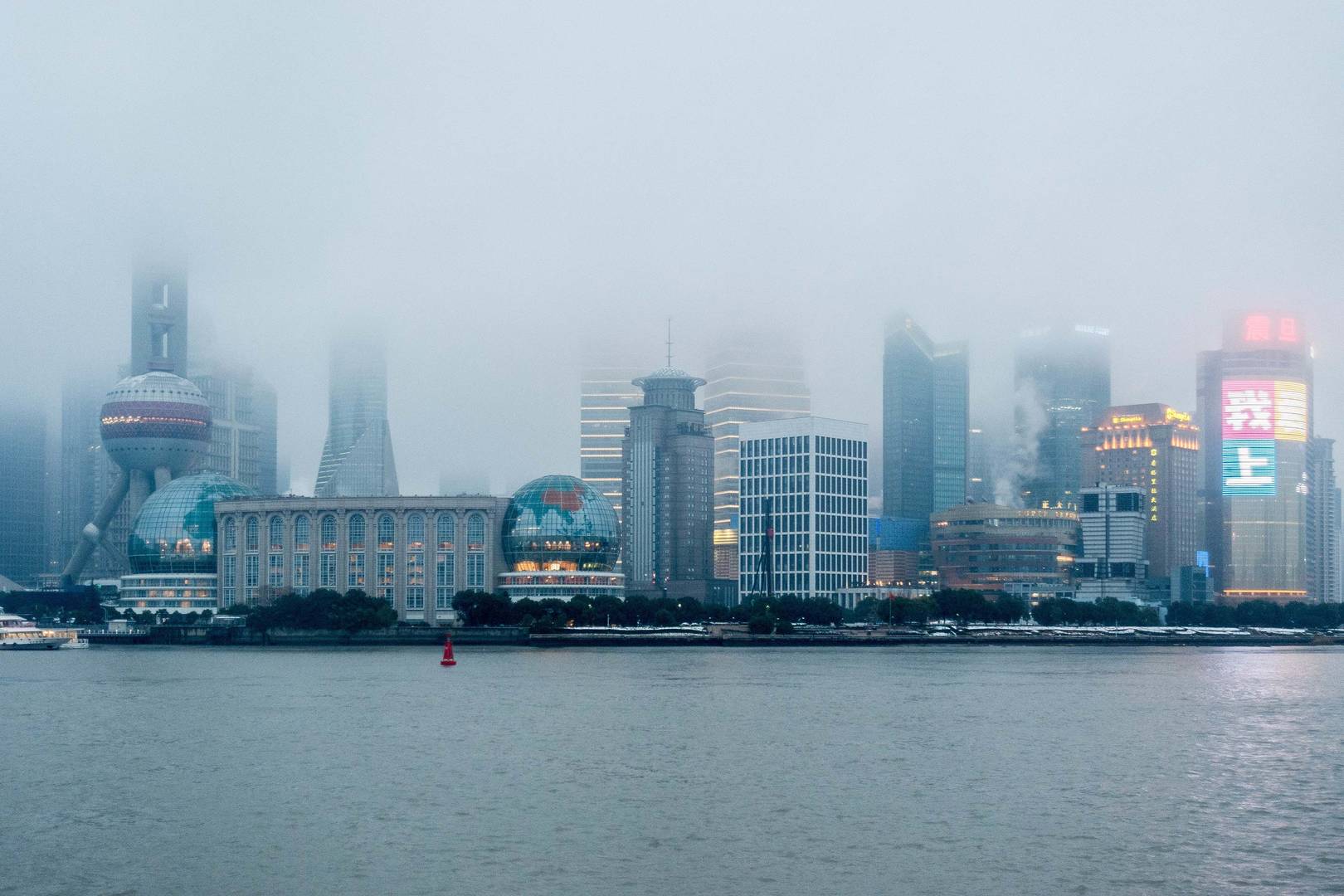 If you’re looking for peaceful alone time, spend the afternoon exploring the Jing’an garden. Keep a slow pace: start at the café for coffees and pastries, relax under the leafy canopies and willow trees, watch lotus flowers spinning in the ponds, and lay on the decking with your toes in the water. Don’t get too attached or you’ll have to tear yourself away when the garden closes at 6pm. Around this time, across the road at Jing’an Temple, you’ll find it draped in the dying sunlight, and when night closes the whole building is illuminated in a spectacular display. It is one of the most enchanting views in the city.

Hop the bars and cafés of Tianzifang Street

Once a withdrawn residential area, this trend-setting neighbourhood is now a playground for art-lovers and chasers of curiosities. From the stone doorways of the shikumen buildings to the parade of unique bars, cafes and restaurants, there’s no better place to spend an evening together, drifting between lounges, craft shops, studios, boutiques and galleries. And the hidden lanes and avenues offer an ever-changing environment for the perfect date. Sit back, drink in hand, and watch the curious, slow-moving photographers, excitable sightseers and laidback coffee drinkers, go about their business. 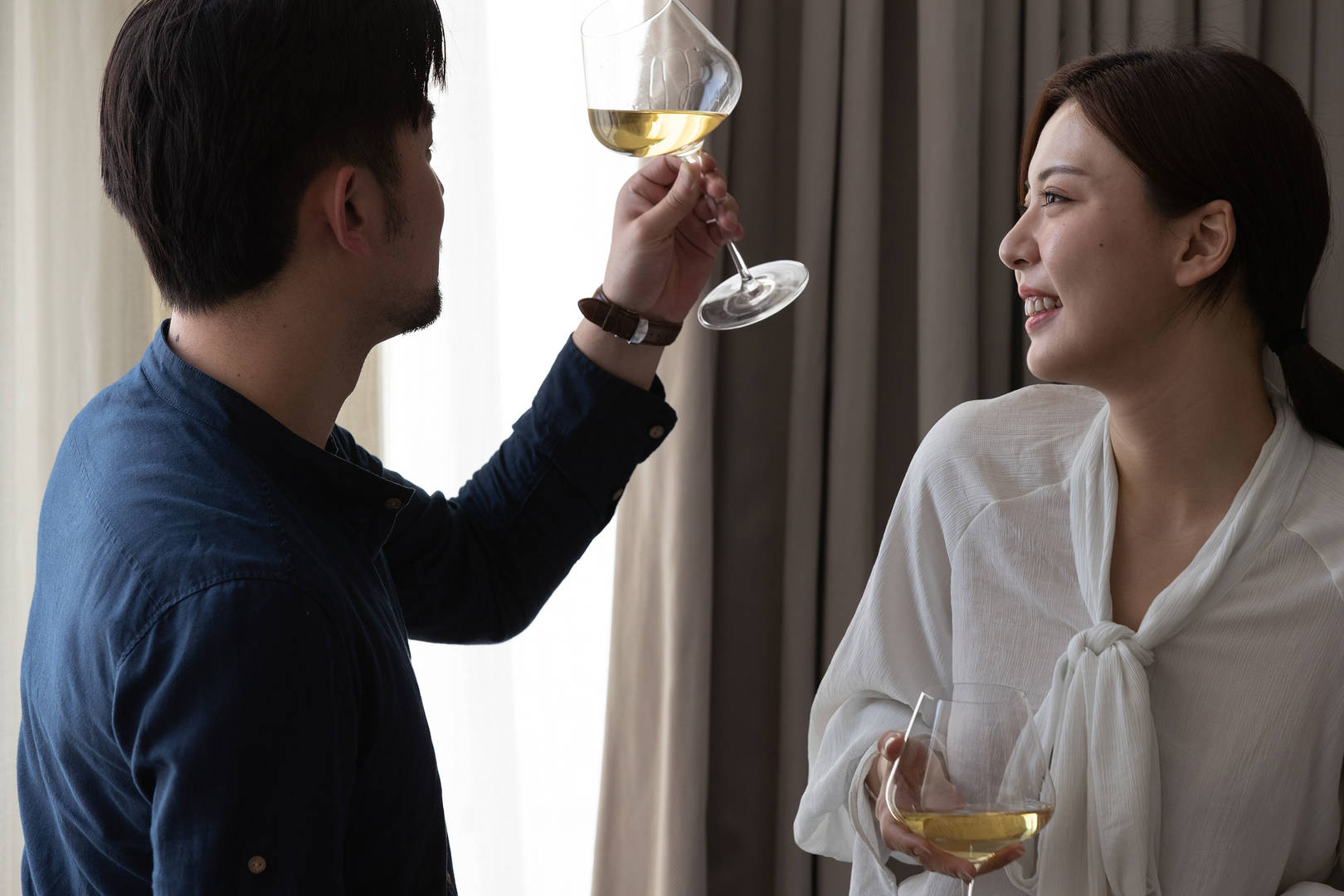 The Huangpu River Cruise is often mentioned as a smooth way to take you between the city’s landmarks, but we prefer the calmer waters around the Zhujiajiao Water Town. Some call it the Venice of Shanghai, a place where you can stroll around old lanes, traverse canal bridges, recline in ancient courtyards, and take in 1,700 years of history. For couples, the night cruise is an unforgettable option; over a buffet dinner, watch the ever-changing flow of the city as you’re nudged along by the moonlit waters, with the muffled sounds of Shanghai as your backdrop.

Dine in elegance and style

There’s nothing more romantic than a candlelit, white-tableclothed table for two in an elegant environment. Add to this some lavish cuisine and innovative drinks, and you’ve got the makings of a night to remember. Fortunately Shanghai now boasts 34 Michelin-starred restaurants. One of our favourites is the two Michelin-starred L’Atelier de Joël Robuchon, perfect for a charming evening of sublime French cuisine cooked with modern flair. Another is the two-starred YongFoo Élite. Set in the former British Consulate – built in 1930 – the restaurant’s ambience is created by the owner’s antique collection. YoungFoo offers a Shanghainese menu that can satisfy both traditionalists and those who prefer a more modern, lighter style of cuisine.

Stay at Jumeirah Himalayas Hotel to be at the heart of this vibrant city.