Hotel decoration is an art, combining a mastery of aesthetic principles with an appreciation for local culture. The breadth of materials used, and the unity of an overarching theme are what make a hotel design brilliant. Nowhere is this truer than at Jumeirah Himalayas Hotel, where traditional calligraphy sits alongside modern abstract art to provide a window into Chinese culture. With this in mind, the property has created an art tour — here are the highlights.

The calligraphy above the main entrance of the hotel is a 1,000-character Chinese poem, written by a Tang Dynasty monk named Huai Su around 1,200 years ago. It’s one of China’s most famous texts. 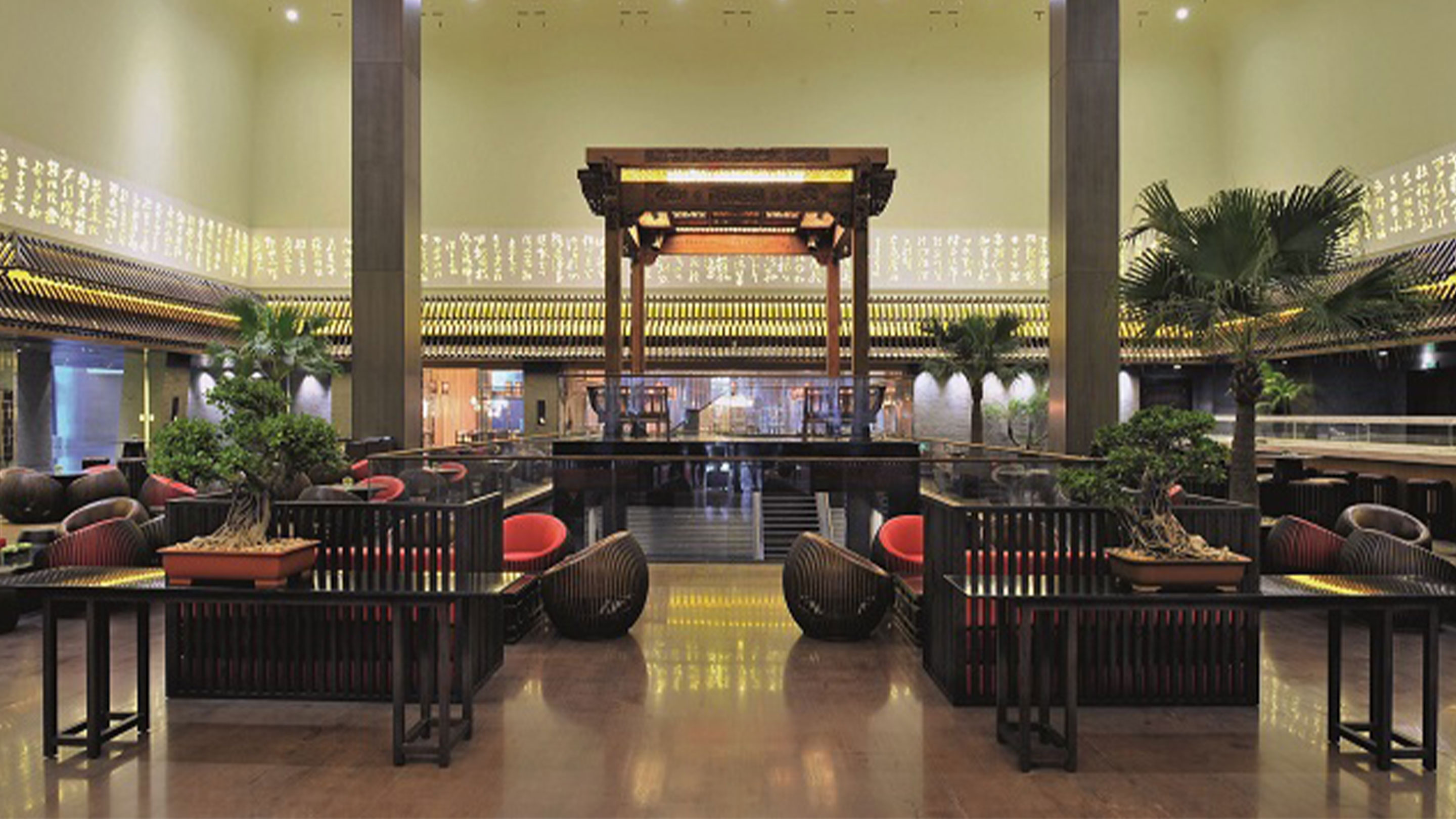 On entering the hotel lobby — a palatial space that feels like an art gallery — you’re greeted by a full-size antique pagoda carved in African rosewood. Further inspection reveals priceless artefacts such as a jade Guanyin Buddha and a portrait of Chairman Mao by famed artist Chen Yifei.

The integration of yin and yang into the hotel guestrooms helps create a harmonious and spiritual environment. Striking a balance between these opposites is achieved with round objects (yin) and square objects (yang). The round shapes symbolise heaven, while the squares, Earth. Combined, these shapes represent balance and harmony.

A recurring artistic theme around the hotel is the bottle gourd or ‘giver of life,’ a symbol of health and good luck. It’s thought that the gourd holds a magic nectar which is consumed by Buddhist deities. The bi-lobe shape, which looks like the number eight, symbolises its connection with heaven and earth. The bottle is regarded as a tool to enhance and balance the energy around guests.

The powers of feng shui

Mirrors at the hotel are used to expand the space they’re in, and draw beneficial chi energy into the rooms. By using the feng shui element of water, mirrors can dramatically shift the flow of energy in any given area. According to feng shui principles, during the day the mirror provides light and freshness for the bedroom, but a mirror facing the bed depletes personal energy at night. So, a mirror with doors to close at night is said to be the best solution.

One of the greatest treasures in the Himalayas Centre (where the hotel is located) is a stunning handcrafted dragon boat sculpted from African rosewood, which took two years to make. Dragons are considered potent and auspicious symbols of strength and good luck. The dragon boat carries three of the ancient towers of China on its body: Teng Wang Pavilion, Peng Lai Pavilion and Yue Yang Pavilion. These towers or pavilions represent the will of the Chinese people to pursue high achievement in life. 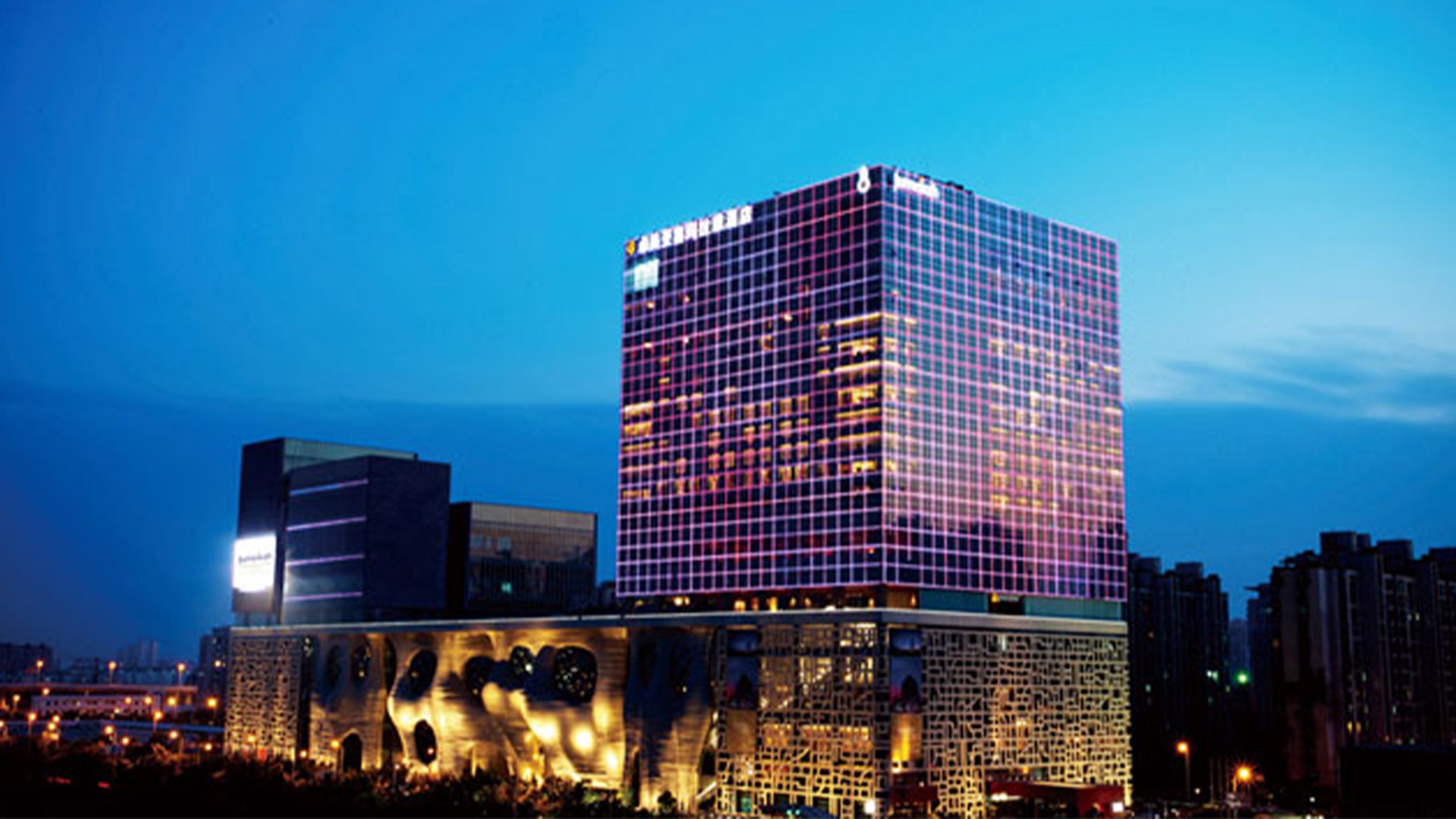 The ceiling of the lobby at Jumeirah Himalayas Hotel features a magnificent 260sqm LED screen — one of the largest indoor screens in Shanghai. A multimedia animation changes to reflect the beauty of the sky at different times of the day. 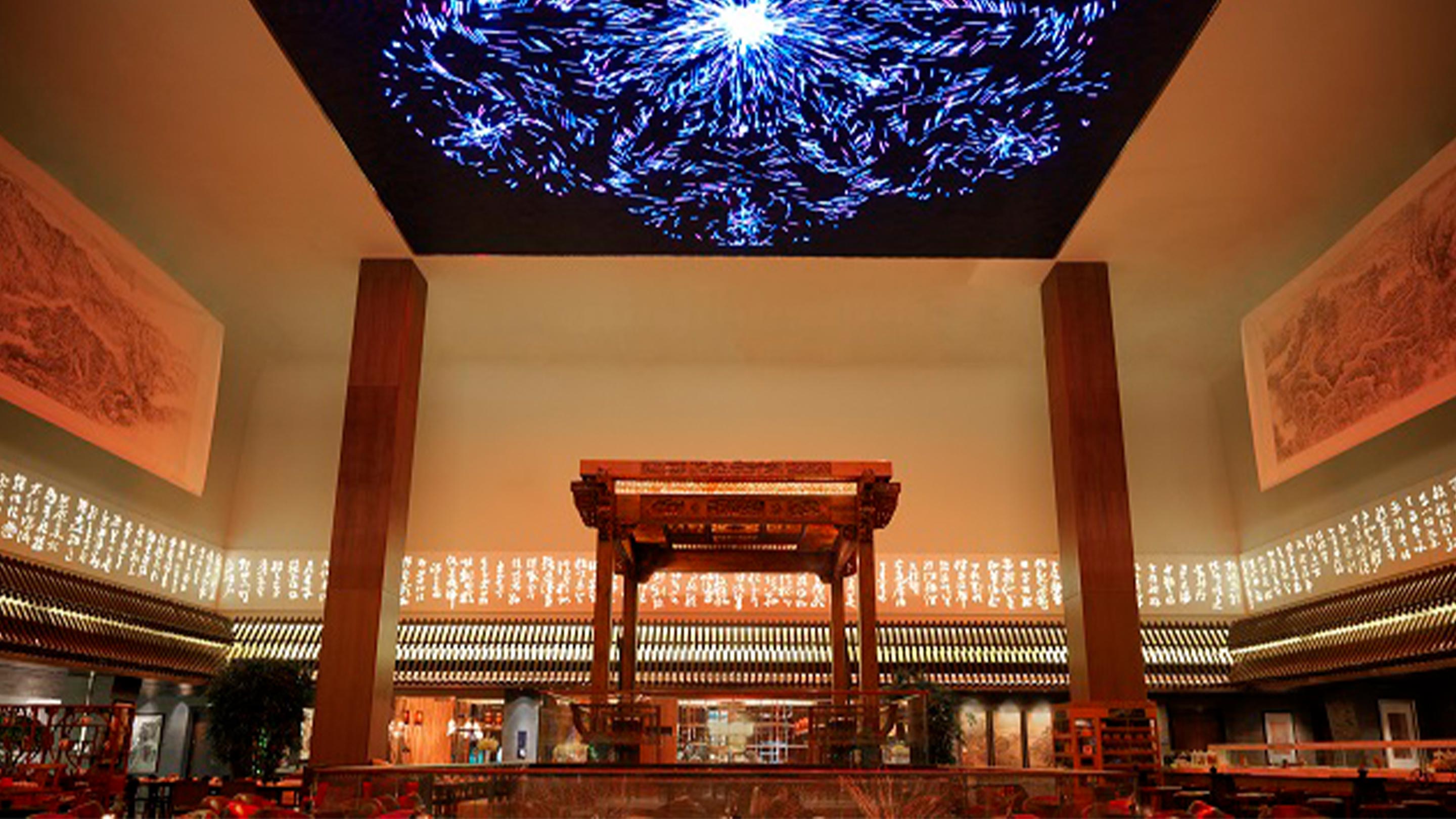 Clouds, often with deities perched on the top, are a common feature in Chinese mythology. The lucky cloud is a symbol of traditional Chinese culture, rooted in the everyday lives of Chinese people. If you look carefully you will see lucky cloud patterns in the grand ballroom and club floors of the hotel. 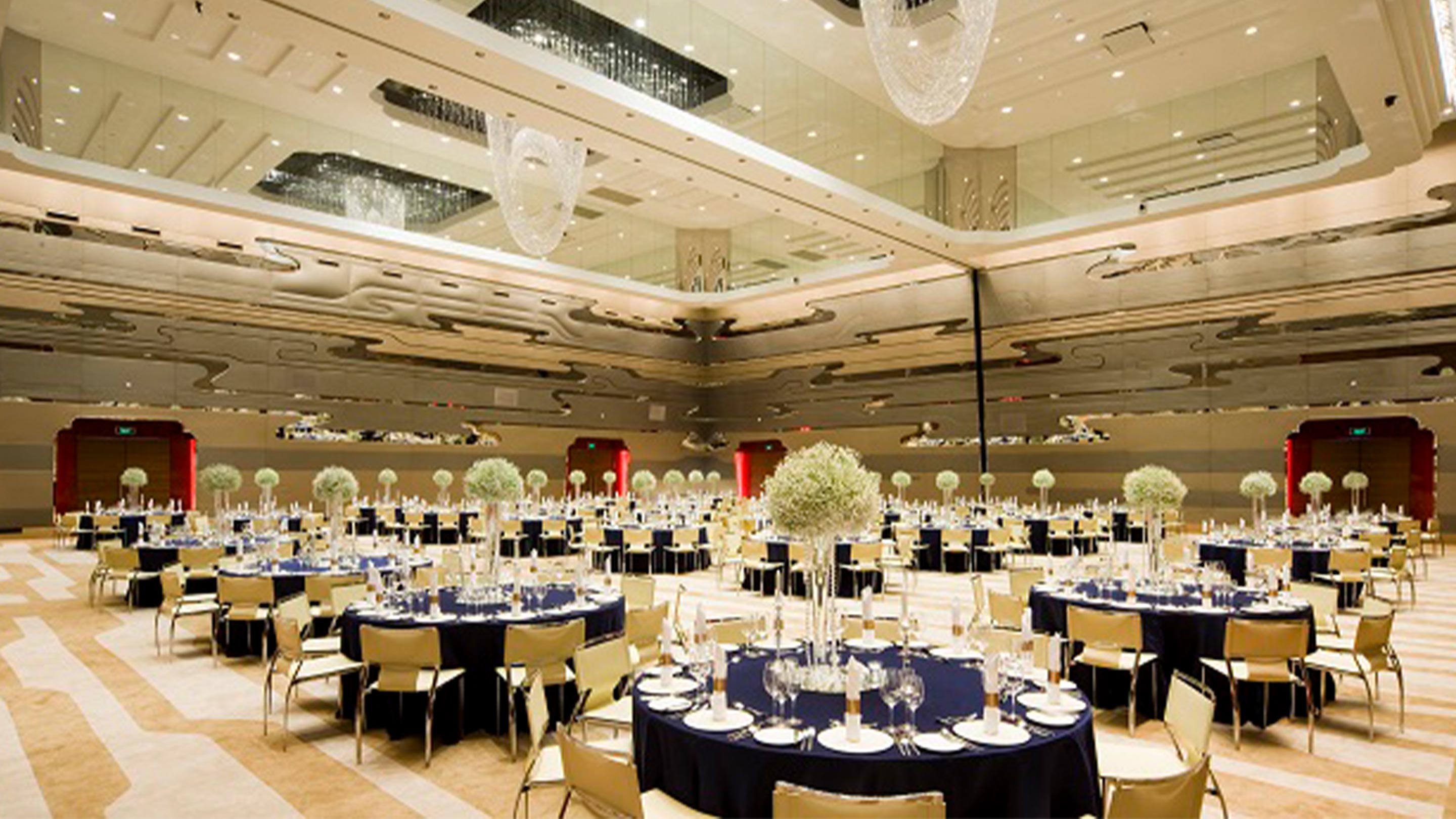