WanderlustSeven unmissable treasures in the Old City of Shanghai

With recent refurbishments injecting vibrant life back into the Old City of Shanghai, this neighbourhood should now be on every visitor’s itinerary. Wander amid colourful Ming- and Qing-Dynasty buildings, lily-filled lakes, and night markets, taking time to sample delicacies at tempting street food stalls. Here’s what to look out for in this exciting area.

Built during the Qing Dynasty, the stately red and white Dàjing Gé Pavilion was once part of a 30-fort chain around Shanghai’s 16th-century walls, built to ward off attacks by Japanese pirates. Originally 10m high, the walls were eventually dismantled in the early 20th century and today, just one section remains, supporting the pavilion, which was declared a cultural relic in 1959. Take time to walk around the pavilion, a poignant reminder of the city’s small and ancient beginning.

Dating back to the Ming Dynasty, Yuyuan Park is an extraordinary example of traditional Chinese Jiangnan-style gardening. Originally built for an aristocratic elderly couple to spend their retirement in secluded peace, the garden encompasses 20,000sqm. Something of an ethereal maze, it’s the perfect place to enjoy a relaxed walk among its carved walls, pavilions, bridges and waterways.

Pride of place in the Yuyuan Garden is the Huxinting Teahouse, positioned elegantly in the middle of the Garden’s central lake. Its top floor is the perfect place to enjoy the serenity of the gardens, with local tea, brewed to perfection - and a little history. The British used the tea house as their base for a few days during the 19th century Opium Wars.

The main Taoist centre of worship in the Old City of Shanghai, the City God Temple dates back to the 15th century and its grounds are home to nine traditionally styled palaces that enshrine three city gods. More recently, the temple grounds have become popular with street food vendors, specialising in traditional buns, while its streets are filled with local artists bringing the temple’s ancient heritage to life with their work. 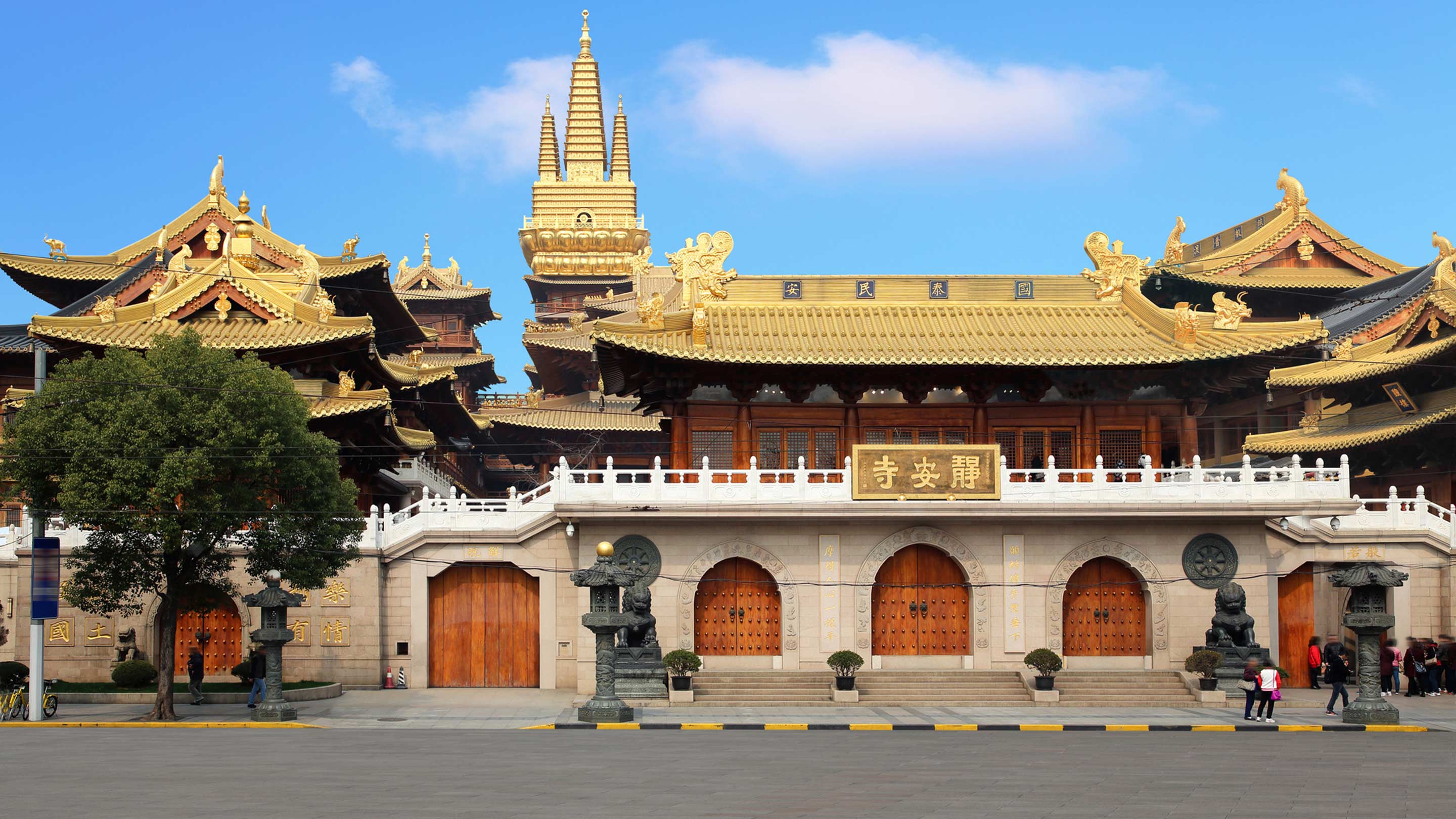 Located just outside Yuyuan Garden, Yuyuan Bazaar started life as a small group of stands for visiting pilgrims. Today, it’s a local landmark where vendors sell handmade goods that range from bamboo carvings to silk fans, as well as tasty local snacks such as soup dumplings.

This 13th-century temple is a calm oasis in the Old City of Shanghai. Inside, you’ll find exquisitely carved archways, while broad boulevards lead to fascinating spots such as the early morning second-hand book market, where small groups of elderly Shanghainese men can be seen leafing through old volumes under the shade of a magnolia tree.

Ancient Shanghai’s Fifth Avenue is a long, winding road in the heart of the Old City. Dating back to the Ming Dynasty, it contains every historical architectural style in Shanghai, from the traditional red, pink and black, high-gabled roofs of Ming architecture, to the European-influenced architecture of the later Qing Dynasty. Its 200+ stores – many of them selling crafts by local artisans – cover everything from calligraphy and jewellery, to tea, antiques and embroidery.

Jumeirah Himalayas Hotel is a 15-minute drive to the heart of Shanghai’s Old City.