Head to the mountains for the most picturesque

Take a drive through Mallorca’s mountains and you’ll come across labyrinthine alleyways, historic churches and lively squares, in some of the island’s most atmospheric towns and villages.

A well-heeled, rural retreat, Deià has long been a magnet for the bohemian set. Writers, artists and musicians have flocked to this sleepy enclave for the past hundred years, drawn by its views, historic stone houses and idyllic pace of life. Poet Robert Graves lived in Deià from 1929 until his death in 1985, and his former house is now a museum. Deià’s location in a ravine at the foot of Teix mountain also means it’s just a 30-minute stroll to the cove of Cala Deià, the ideal spot to catch the rays there before sampling Michelin-starred cuisine at Es Racó d’Es Teix restaurant.

Frequently dubbed the ‘prettiest village in Spain’, Fornalutx is particularly popular with expats. Peaceful, full of character, and framed by almond trees and lemon groves, its traditional stone cottages are closely gathered around a Gothic church and a striking town hall. Pull up a chair at a café on Plaça d’Espanya and tuck into a local pa amb oli (bread with garlic, tomato and olive oil). Later, shop for arts and crafts to take home from one of Fornalutx’s tasteful shops. It’s located about 6km east of Sóller, and the two are connected via a series of footpaths and pathways.

Sheer, stone wall terraces sloping from the cliffside make Banyalbufar a show-stopping enclave. Houses teeter precariously on a steep incline that rolls down to the Mediterranean, while olive trees and vines grow along the banks and terraces. Originally cultivated by the Moors, Banyalbufar has a rich agricultural heritage and a sophisticated irrigation system. In this north-western Mallorcan town, you’re rewarded with narrow alleyways, incredible views, and great hiking and cycling routes.

Frédéric Chopin once claimed Valldemossa was the most beautiful place in the world. Tucked away in a valley in the Serra de Tramuntana mountains, this traditional Mallorcan town is a higgledy-piggledy cluster of honey-hued houses around a grand Carthusian monastery that emerges from the hillside.

Amble through its winding cobblestone alleys and flower pot-lined streets and you’ll find pretty cafés, restaurants and art galleries where you can soak up Valldemossa’s beauty. It’s worth paying a visit to the monastery (where Chopin stayed in 1839) to explore the cloisters, church and old pharmacy.

Perfectly positioned in the heart of Mallorca’s Valley of Oranges, in the rugged northwest, Sóller is surrounded by seemingly endless citrus groves. Dominated by the magnificent Sant Bartomeu church, the village itself is lined with lovely townhouses and elegant boutiques. A traditional wooden tram rattles through its centre to Port de Sóller, its picturesque neighbouring port town where sailing boats bob on cerulean waters. Take a walk along the promenade to soak up the scenery, and enjoy a sunset tapas dinner with panoramic clifftop views at Es Fanals at Jumeirah Port Soller Hotel and Spa. You can also walk from Sóller to the picturesque town of Fornalutx, 6km away. 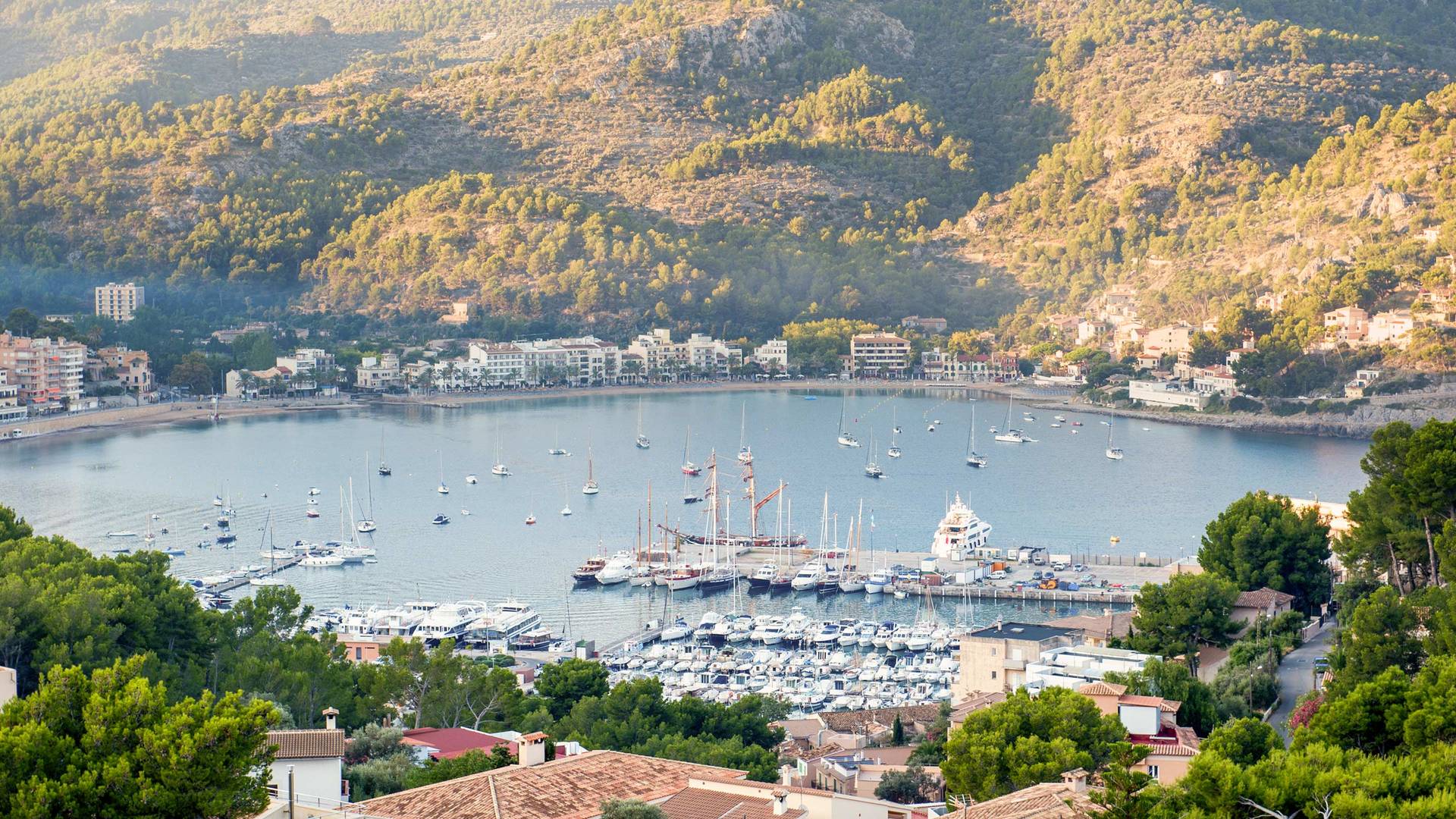 Jumeirah Port Soller Hotel and Spa is ideally located in the Port Soller region and perfect for exploring the nearby villages.