From bougainvillea-covered villas to cinematic towns tumbling down the hills, Capri is unapologetically Italy at its most glamourous. Stylishly composed against majestically blue waters, there’s plenty of charm, beauty and history in the gorgeous Capri air.

Long a favourite getaway with the rich and famous, this star-studded island in the Gulf of Naples sits at the western end of Italy’s Sorrento Peninsula. It’s a tiny precipitous island that’s just a short hop on a ferry from the Amalfi Coast – around 25 minutes from Sorrento or 40 minutes from Naples, if you’re coming straight from the airport. Your likely point of entry will be the Marina Grande – the ruggedly attractive main port and the location of Capri’s largest pebble beach that’s a favourite with families.

Capri is an island that’s perfectly petite – it’s not so small that it’s walkable in just a day, but most of the island can be easily reached on foot. When the Italian heat can get too intense, there are plenty of buses and taxis to take you around the island. For something a little different, you can even take the funicular railway straight to the famous Piazzetta, too. Just like the glamorous Amalfi Coast, Capri is an island with distinctive seasons. Generally, it’s a good year-round getaway, though winter can be very quiet and sleepy. Spring and autumn are the prettiest periods – orange blossoms bloom and with the weather milder, it’s a pleasant time to try out some of the island’s famous hiking routes. If you’re looking to top up your tan, Capri has a scorching summer heat that’s great for a sunbathe. With temperatures striving for the early 30’s though, expect summer in Capri to be a hot and humid one. 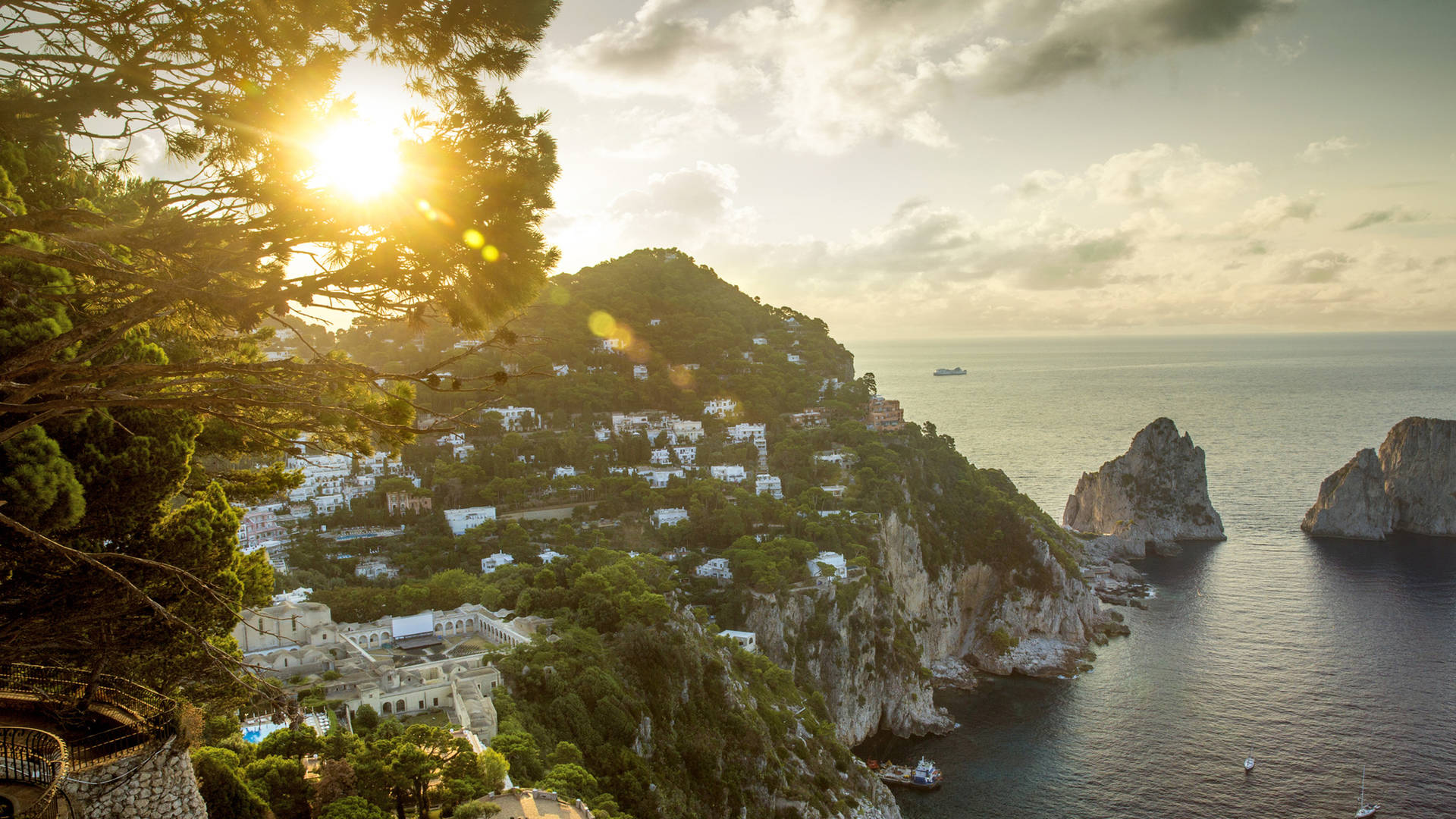 Capri is an island with three distinct areas – white-washed Capri Town, the cinematic heart of the island; the more tranquil neighbour of Anacapri; and the shabby but pretty port of Marina Grande. Teeny car-free ancient streets combine perfectly with the modern glamour of the high-end bars and boutiques in Capri Town. Often filled with day-trippers and locals, all roads here lead to the iconic Piazzetta – the most picturesque square on the island. The chosen home of Capri Palace, Anacapri sits prettily in the quieter north-western corner of the island. This is much more laid-back, with plenty of charm to be explored – look out for picturesque lanes and striking whitewashed buildings, and take the 12-minute chairlift up Monte Solaro for the best bird’s-eye view of Capri. 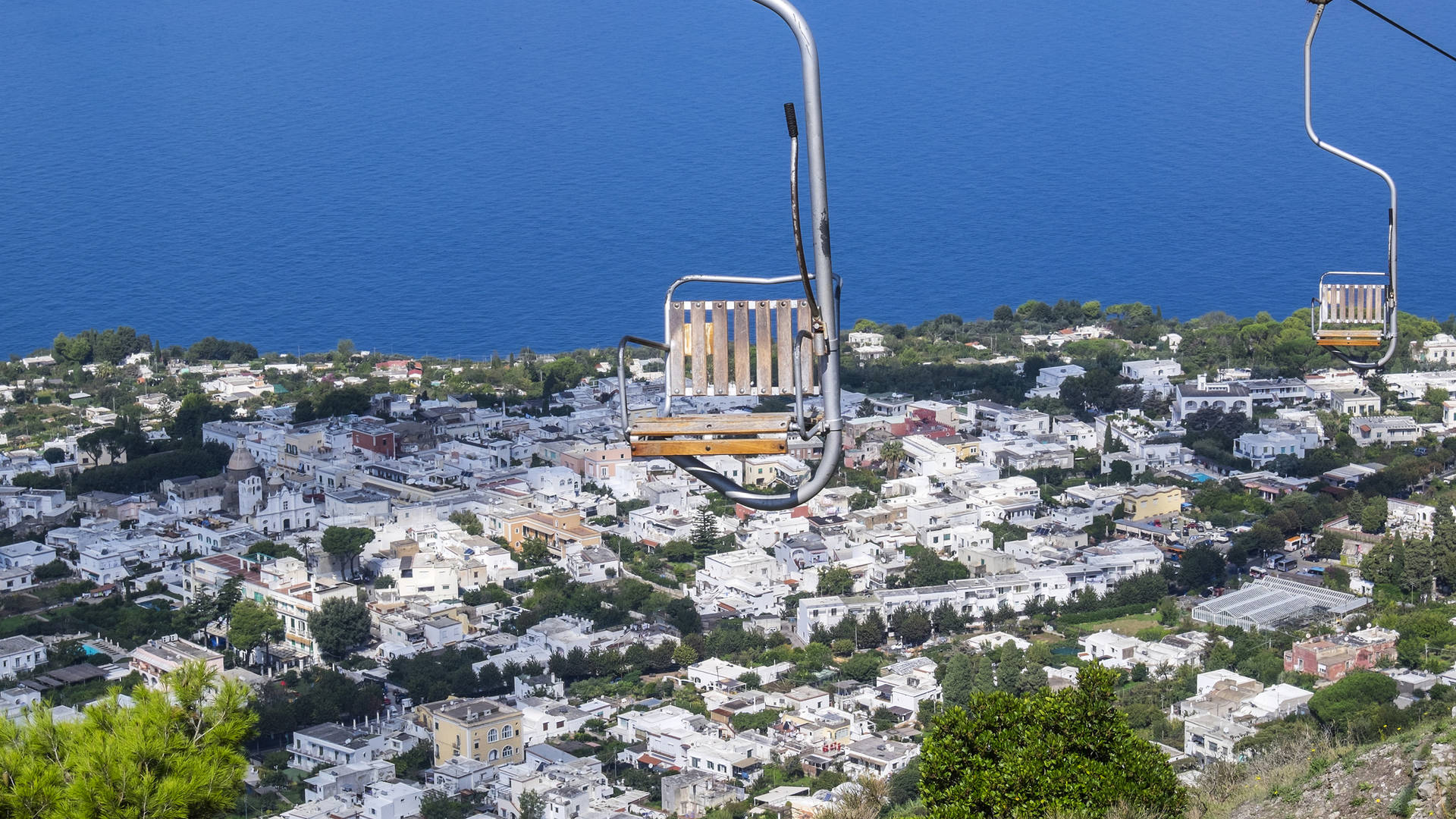 What exactly can you see and do?

Whether you’re hiking the wonderfully winding Via Krupp, shopping designer brands in Via Camerelle or simply sipping a cappuccino in the Piazzetta, boredom really isn’t in Capri’s vocabulary. You can make every day here something different – perhaps a beach club for the day where you can try the famous Caprese Salad, or attempt to relive ancient glories at Villa Jovis before heading to the flower-filled gardens of Augustus to see the Faraglioni sea stacks in all their landmark glory. A definite one to schedule in is a boat trip out to the iconic Blue Grotto. Best seen in the late afternoon once the majority of day-trippers have gone, this extraordinary sea cave is bathed in electric blue and has been an island phenomenon since way back in the Roman times. 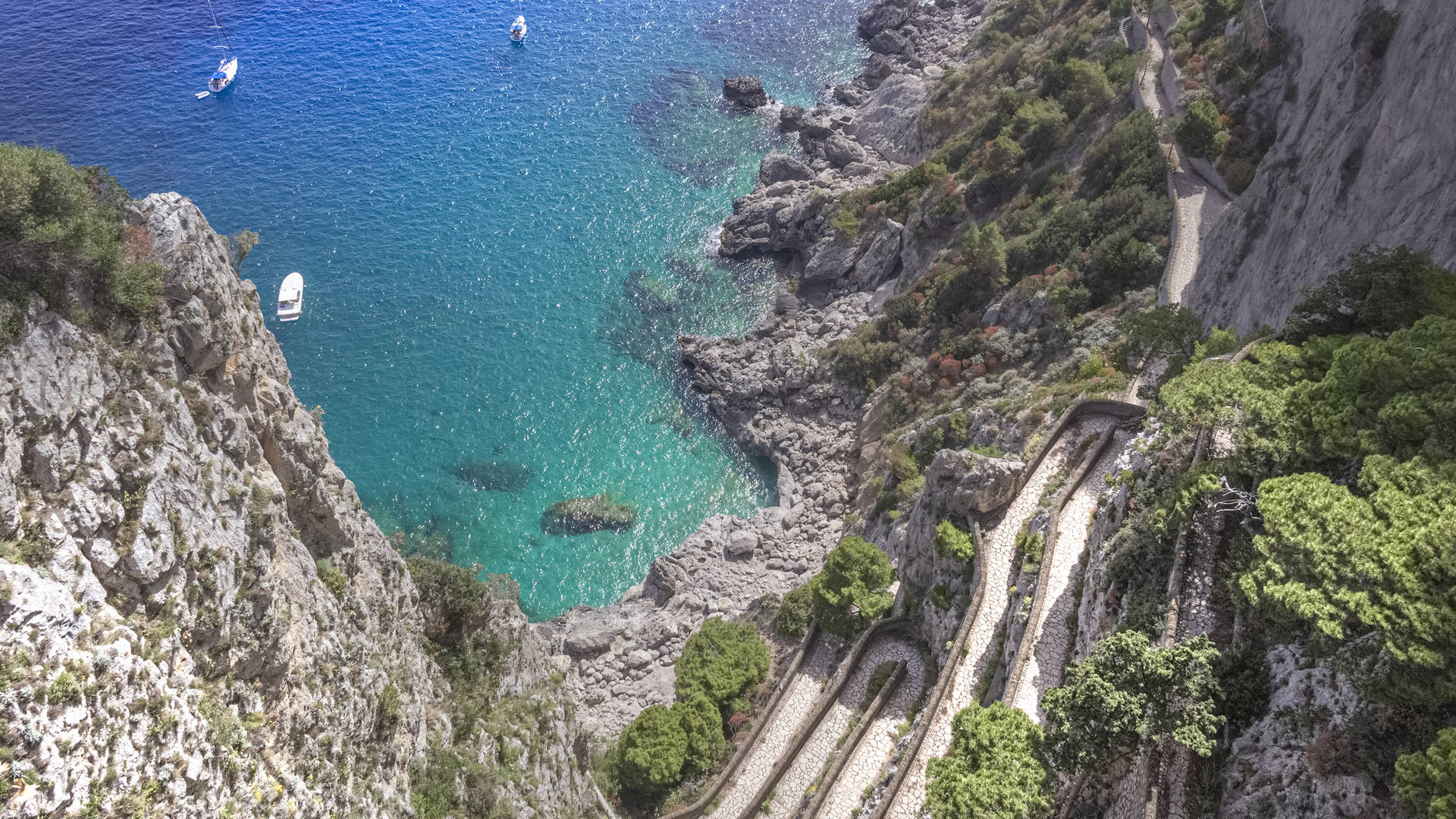 To really immerse yourself in Capri spend time at the Capri Palace and explore all the island has to offer.