DiningExtraordinary local pastries from around the world

CHINA
Inside Nanjing’s traditional teahouses
Dining
A foodie’s guide to gourmet London
DINING
The best afternoon teas at Jumeirah
How three simple ingredients: eggs, flour and butter make such an eclectic range of pastries, from the sweet and swirly to the crisp and savoury, is simply extraordinary. Across the globe different countries and cultures have created their own specialities, tastes and designs. Some are enjoyed at breakfast, others as rich after dinner treats. Here we explore some of our much-loved pastries drawn from some of our favourite destinations around the world. A selection inspired by the King’s tea tray and the floor of the South China Sea.

Mallorca’s ensaimada is the Balearic island’s most famous pastry. Originally created as a celebratory treat in the 17th century the spiral-shaped pastry comes in both sweet and savoury versions, either filled with cream, custard or chocolate and topped with apricots or almonds; or made with a rich chorizo paste (sobrasada). Each ensaimada is sprinkled with a dusting of sugar to represent the snow that falls on the Tramuntana Mountains in winter. You’ll find the island’s best ensaimada at Pastisseria l'Artesà, where the plump pastry twirls high into a mountainous peak. Devour one for breakfast over coffee or pick one up as a souvenir and take it home in their signature octagonal boxes.

Now global in popularity, the pretzel has it roots in German cooking. Supposedly invented by a Christian monk, the unmistakable twisted coil of dough owes its appearance to the shape of crossed arms in prayer. So intertwined with German culture is the pretzel that it’s the official emblem of bakers and you’ll spot golden pretzels dangling outside bakeries across the country. In Frankfurt, you’ll find the softest, chewiest pretzels at the modern German baker, Zeit für Brot, just five minutes’ walk from Jumeirah Frankfurt. 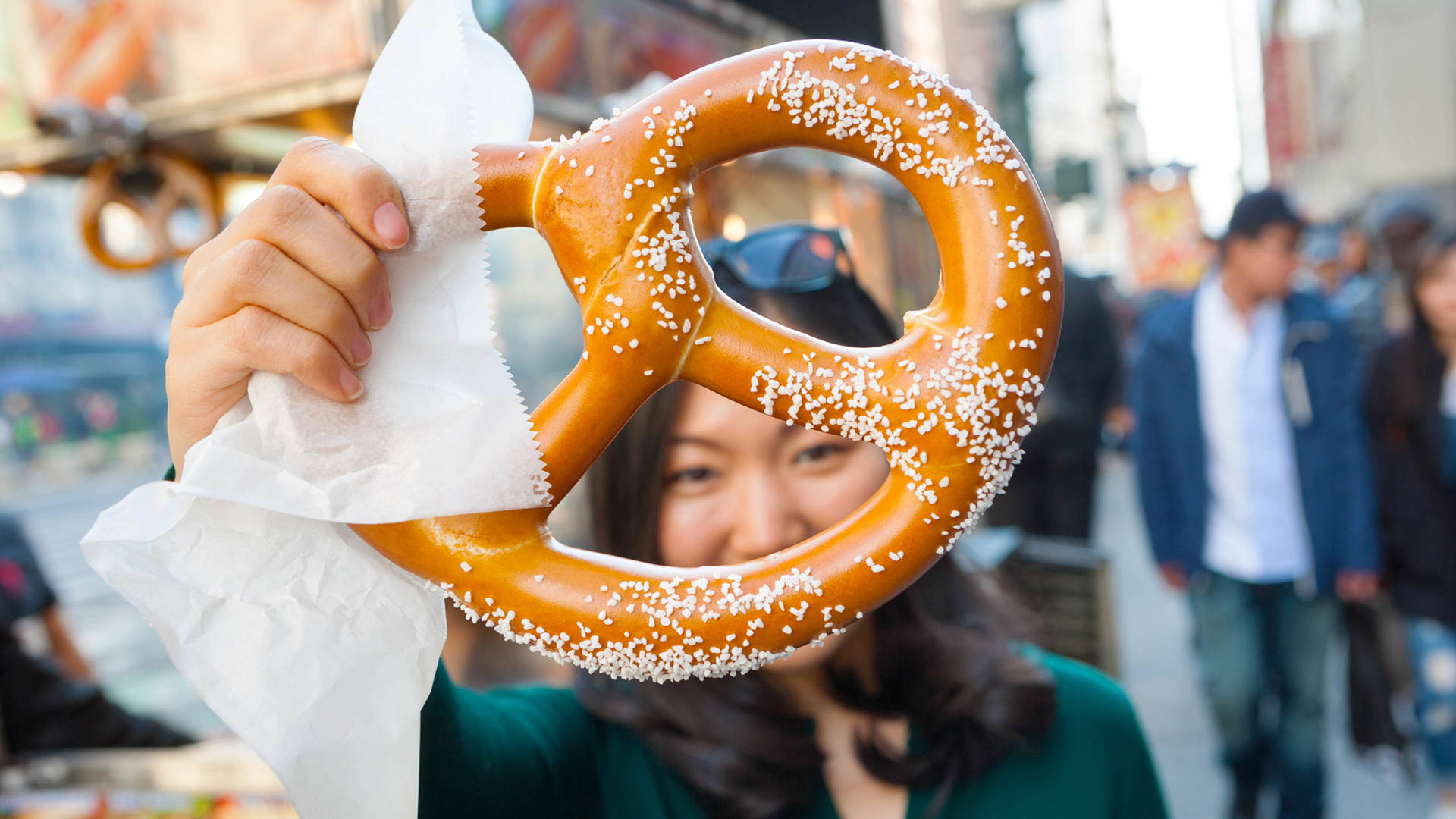 When it comes to pastries, dumplings and delightful dim sum, the choice is seemingly endless in China. Originating from Shanghai’s teahouses in the early 20th century, xie ke huang actually owes its name to its resemblance to a yellow crab, rather than its filling. A doughnut shaped sphere of golden pastry, xie ke huang can be savoury, housing prawn, crab or pork, or sweet with bean paste or rose petals. Each xie ke huang is covered in a thick coating of sesame seeds. Like so much of Shanghai’s food culture, street food stalls and hole-in-the-wall bakeries are the best places to sample this delicacy. The historic Wuyuan Bakery makes some of the best xie ke huang you’ll find in Shanghai, cooked in a traditional clay oven.

Taking its name from one of the British capital’s most distinguished districts, the Chelsea Bun is a sticky-sweet coil of dough covered in lemon peel, cinnamon, and glazed brown sugar, then studded with currants. Created in the 18th century at Chelsea’s Bun House, this iconic squidgy bake was a favourite of King George II, who used to visit the shop in the morning. No longer the preserve of royalty, Chelsea Buns can be found at all good London bakeries. For the freshest and finest in the capital, make a beeline for The Flour Station at gourmet favourite, Borough Market.

Generously stuffed with local ingredients, including caramel-like dates, pistachios and figs, ma’amoul are an ancient Arabic pastry. Domed in shape, a rich, crumbly shortbread houses the fruit and nut-laden interior. Rose or orange blossom water are occasionally added, lending floral notes to the pastry. Ma’amoul are often eaten at religious holidays, such as Eid, but you’ll find them alongside other delicious Arabic sweets at bakeries year-round. In Dubai, call in to Arabesq at Dubai Mall to pick up some exquisitely boxed ma’amoul to take home. 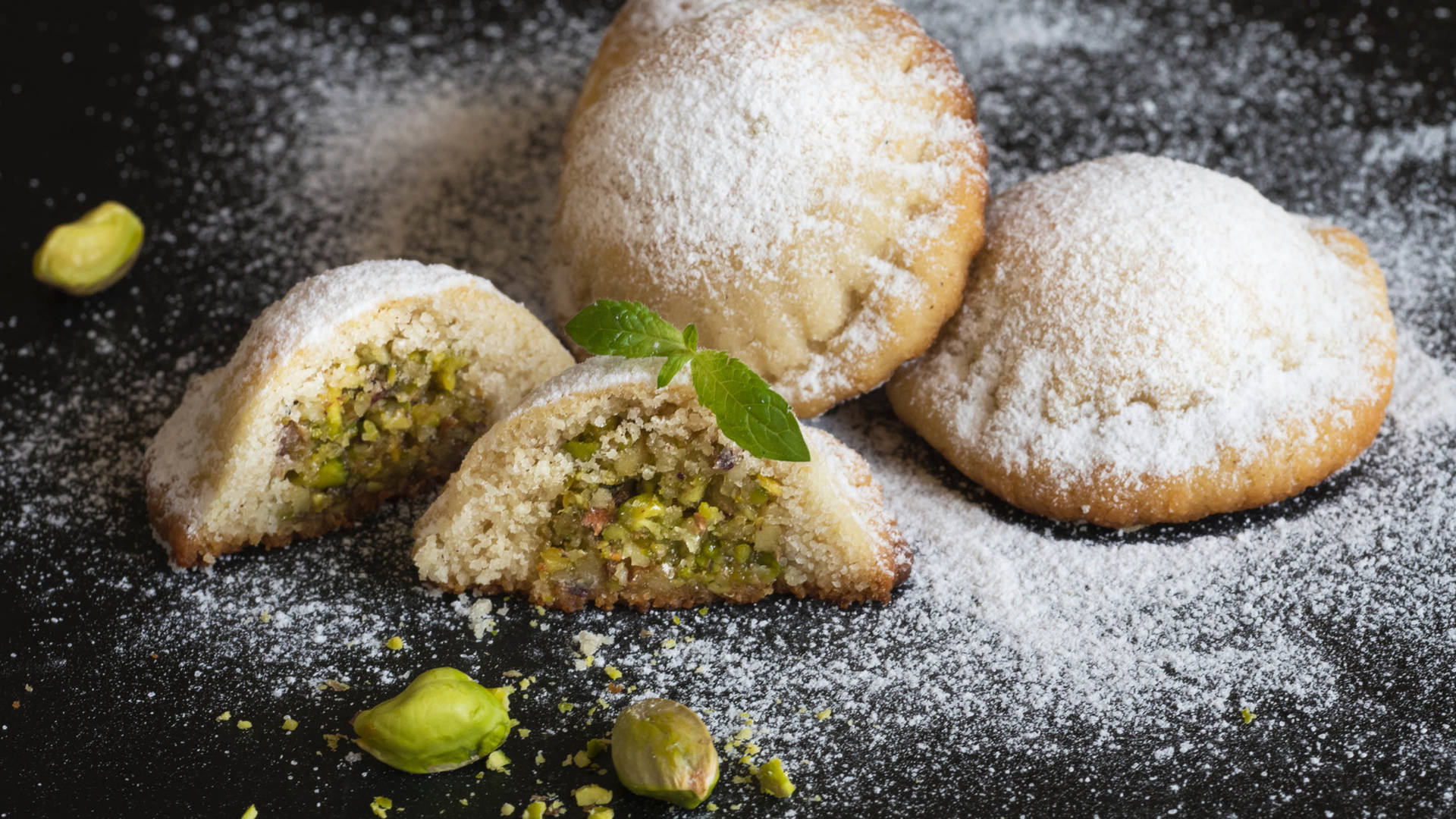