Travelling in China for the uninitiated can have its quirks (and its headaches, eg. no one respects queues). The first distinction people make is the exceptional focus on food. Dining in China central to a way of life. It’s how families show love to one another, how regions show their pride, and how special days are marked. Instead of saying ‘How are you?’, the Chinese say ‘Chi fan le ma?’ Literally, ‘Have you eaten?’

China’s rapid rise from a poor agricultural society to an urbanised economy has begun to heal the pain of generations of food scarcity, but not entirely. It’s not uncommon for a parent to show love to their children, not through words, but by making sure they’ve eaten properly. A famous 1925 poem by Zhu Ziqing, The Sight of my Father’s Back, culminates with an aged father showing his adult child love by crossing the railway tracks to buy him some tangerines.

With 5,000 years of eating and drinking history, it’s not surprising that a few ancient customs still survive today.

Even staple foods have interesting and symbolic stories behind them. Take the ubiquitous mantou – a kind of fluffy white bread bun, eaten in the north instead of rice – for instance. After Zhuge Liang’s great victory over the invading barbarians, on returning to his home state, he and his troops met a large river which they could not cross. Locals told them that previous armies had had to sacrifice 50 barbarian prisoners, and throw their heads into the current to appease the river god. Tired of war, Zhuge Liang, ordered his men to throw 50 head-shaped buns filled with meat into the river to cheat the god. After crossing successfully, the buns came to be known as mantou – ‘barbarian heads’.

There is a Chinese tea drinking custom that has lasted for more than two hundred years and remains in use today. You may notice that when you fill a friend’s cup of tea, they will tap their knuckles on the table. This is a way to say thank you which dates back to the 18th-century Qianlong Emperor who, when he was young, used to travel among his subjects in disguise to get a feel for the people. A group of servant bodyguards would be tasked with keeping him safe but also keeping his cover story. One evening, on a whim, the emperor was sitting with his retinue in a tavern, and he poured a cup of tea for the servant next to him. This was an unheard honour. Anywhere else, the servant would have dropped to his knees and bowed his head to the ground. To retain his lord’s cover, however, the quick-thinking servant used his hand to imitate kneeling and tapped them on the table to show he was prostrating himself, keeping his master unknown to the rest of the room. 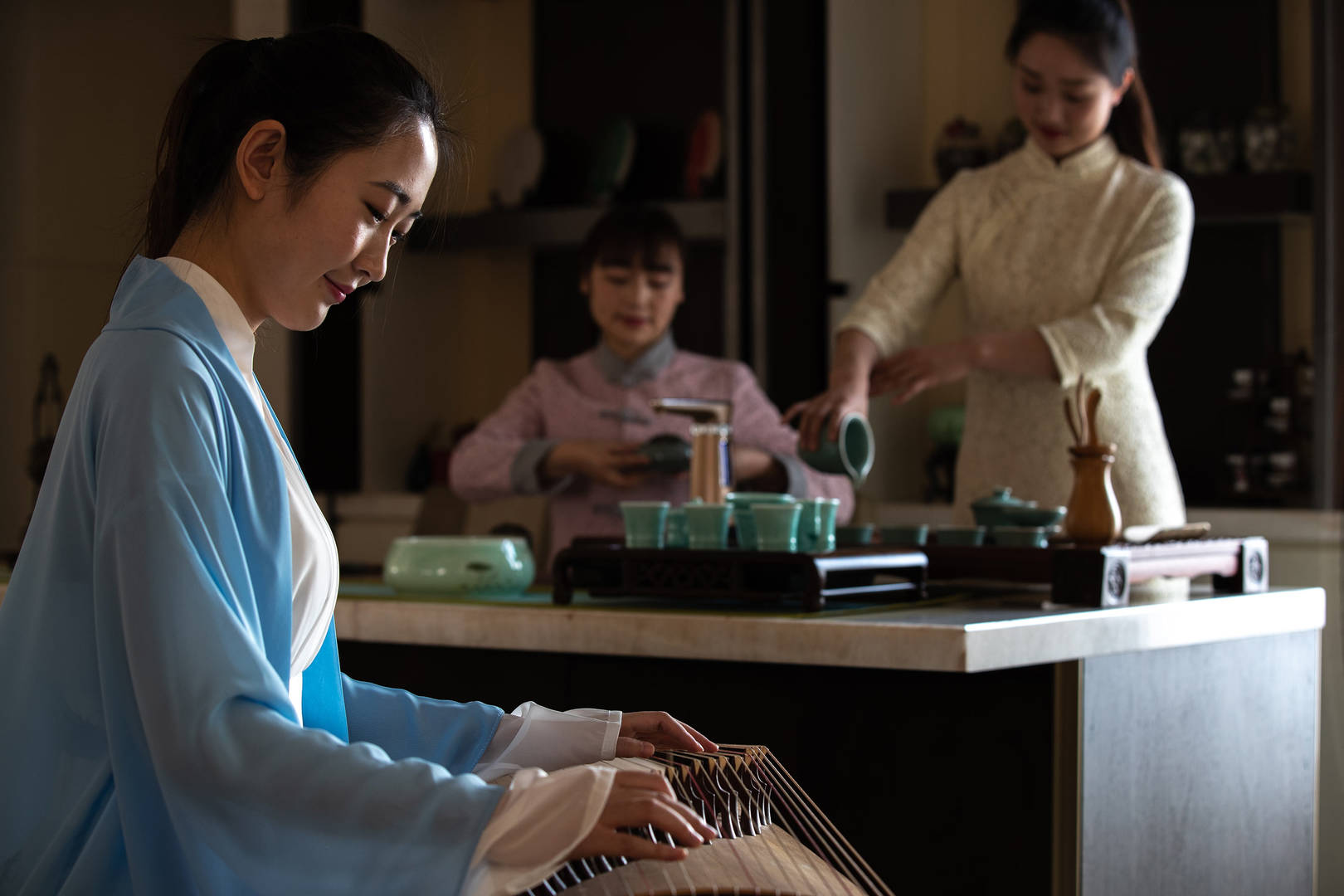 For newcomers to China, there are a few things to know that will help you too dine undetected. To help you get started, here are a few do’s and don’ts:

Never drink alone when in a group

When sitting with a group of Chinese friends, make sure that you always toast someone before drinking your beer. It is considered impolite to drink alone and to pour your own glass.

Never stick your chopsticks in your rice

Doing so represents the incense sticks one puts in rice to honour the dead. Chinese people cannot stand being reminded of death, which is one reason the number four is considered unlucky. Four, or si, sounds like the word for death. There are not even fourth floors in buildings.

Sit as far from the seat of honour as possible

You will notice that in Chinese restaurants, tables tend to be round. The seat of honour is considered the one furthest from the door, and facing it. In the old days this was the safest seat as you would be able to spot an assassin coming through the door. At a business meal, the most important person (the boss, perhaps) will always sit in the seat of honour, and will approve of a new visitor who knows not to sit near it. Sometimes, the two most important people will argue that the other should take the place.

It is polite for a host to insist on eating more

You don’t have to worry about being pressured to eat more, the host is just being polite. If you are full, just say so.

Splitting a meal is considered strange

In China, one person always pays for the group. Each knows that they will see their friends again soon and someone else will pay. As a traveller, you are considered a guest and your Chinese hosts will be insulted if they are not allowed to take care of you.

Now you are a little wiser, we recommend you try out your new-found knowledge at one of Jumeirah’s restaurants to experience true regional Chinese cuisine. Shang-High Cuisine in Jumeirah Himalayas, Lu Chao in Jumeirah Nanjing and Ting Restaurant in Jumeirah Living Guangzhou.