Cliffside cuisine and quayside feasts. Dining with unbeatable views of the sea

Mallorca is scattered with white sandy beaches, hillside towns, vineyards, monasteries and country estates. Popular with hikers and cyclists, the countryside rolls under the limestone peaks of the Serra de Tramuntana, carrying the gentle thrum of crickets and cicadas.

This laidback atmosphere stretches from coast to coast. And there’s no better place to enjoy traditional Mallorcan food than in the island’s seafront restaurants and cafés. Here are six of the best restaurants to grace its coastline.

Overlooking the glistening sea in the main building of Jumeirah Port Soller Hotel & Spa, Cap Roig specialises in authentic Mediterranean food served al fresco. The brasserie uses only local produce, and caters for a variety of diets, at the same time offering stunning views from its clifftop location. The atmosphere is warm and relaxed, and makes for the perfect place to enjoy the slow Spanish sunsets. Kingfisher cooks up honest, original dishes using recipes sourced from around the world; from traditional Mallorcan staples, to meaty Angus burgers and delicious crème brûlées. The restaurant is well known for its beautifully presented seafood dishes made with produce caught the same day. It’s the perfect option for lunch or dinner with drinks beside the sunlit waters of Port de Soller.

Perched on the rocks above the deep-blue waters of Cala Deia, and shouldered by chalky bluffs, stone jetties and sea-worn coves, Ca’s Patro March was used as a location in the BBC TV series, The Night Manager. The decor at this fish restaurant is simple; driftwood fences surround a narrow terrace adorned with shells and other curiosities salvaged from the shore. Here you’ll find a seasonal menu offering a large selection of fish and shellfish, caught that day and grilled to perfection. 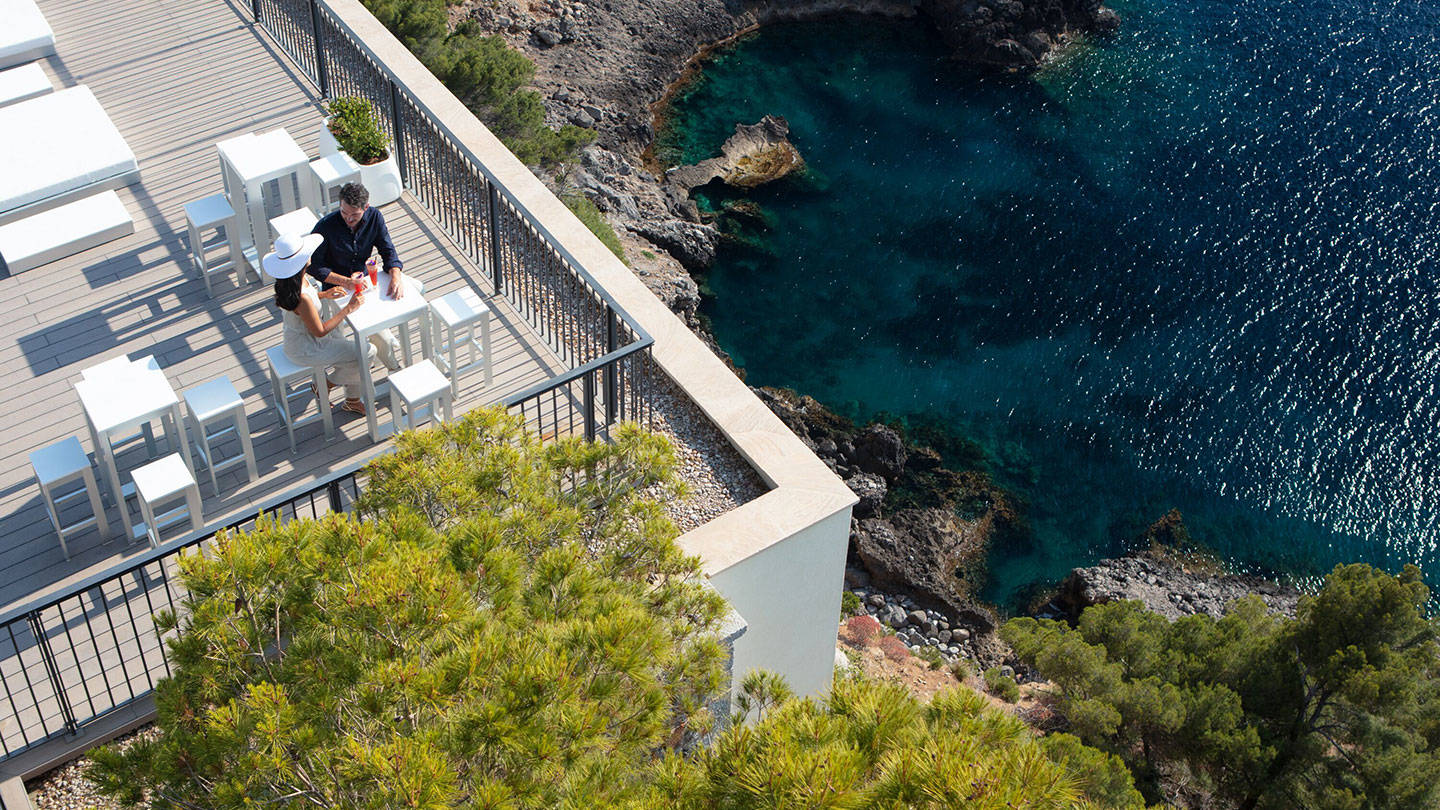 Adrian’s isn’t exactly a sea view restaurant, but it’s only a very short walk to the water, and we just had to include it. With family roots in Mallorca, head chef, Adrian Quetglas learned his trade during stints working in London, Moscow and Paris. But it’s his love of the island that has made him open this restaurant in Porta Mallorca. With an ambition to democratise haute cuisine — using simple, natural produce to great effect — he’s created affordable high-end European cuisine, spread across five and seven course menus.

For the best seafood paella in Mallorca, head to Sa Foradada and see mussels, prawns and more cooked before your eyes on a wood-fired grill. Created in 1972 by Emilio Fernandez, this dramatic clifftop restaurant combines a simple, rustic aesthetic with far-reaching views across the Mediterranean. Keep in mind that you’ll have to hike to get there as the restaurant isn’t reachable by car. 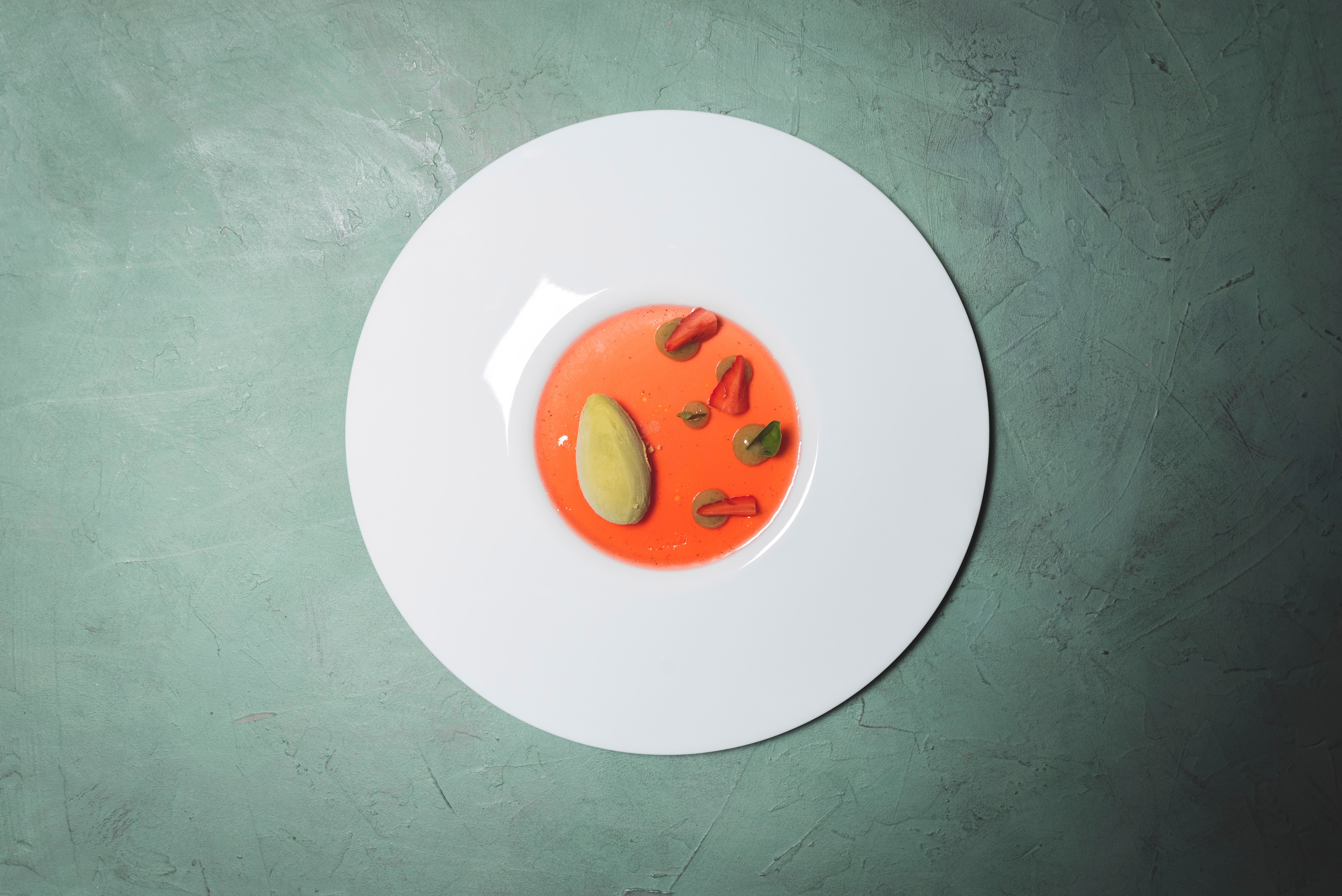 Relaxed and understated, Agapanto is an effortless evocation of the Mediterranean lifestyle. Nothing moves too fast here and nobody seems to be in a rush. Describing food as something between ‘poetry’ and ‘medicine’, Agapanto serves up delicious Mediterranean and Mallorcan cuisine on a wooden terrace surrounded by flowers. Combine this with the terrace’s views over the turquoise cove of the Port de Soller and you have an unbeatable setting.