WanderlustAn essential guide to the Maldives

Activity
Adventurous Maldives
Activity
Skills to learn in the Maldives

Keen to experience the Maldives? Here’s everything you need to know before you go.

Turquoise water, white sand beaches and 30-day tourist visas on arrival attracted more than a million travellers to the Republic of Maldives each year before the pandemic.

The Maldives is an archipelago in the Indian Ocean, 645km south of Sri Lanka, making it five hours ahead of GMT.

While the chain of islands’ main economy is tourism, fishing is also big business, along with boat building. Most other items are imported, particularly from China, the United Arab Emirates and Singapore, so the Maldives is not a budget destination – but you’ll still want to take cash in the local currency, rufiyaa (MVR), in addition to credit cards. Locals speak Dhivehi.

Weather-wise, the best time to visit is between November and April, when temperatures hover between 29°C and 31°C. Rainfall and humidity are also at their lowest between January and April.

You may wish to consider timing your visit with a festival. On the last Saturday in March, many venues mark Earth Hour by switching off lights and hosting candlelit events.

Meanwhile, on 26 July each year, Maldivians celebrate their independence from Britain on Independence Day with children’s performances and military parades.

Parades also take place every September in honour of National Day, which marks the end of Portuguese occupation in 1573.

As the Maldives is a Muslim country, it observes Ramadan and other Islamic festivities such as Eid al-Adha, during which locals hurl dye at one another.

The Maldives has been inhabited since the 5th century BC, most likely by Buddhists from India and Sri Lanka, although Islam was introduced in 1153 and today it is predominantly a Muslim country.

The Portuguese occupied the country from 1558 to 1573, followed by the Dutch then the British. The Maldives gained independence from the British in 1965.

Originally formed by a volcano, the Maldives is a chain of 1,192 islands less than 1.8 metres above sea level.

Protected by coral reefs and mangroves, the islands are arranged in clusters, or atolls, spread over 900sqkm – the size of Luxembourg. Only 200 are inhabited, with a third of the Maldives’ 407,660 population living in the capital, Male. You can island hop by speedboat, ferry or planes.

Breakfast is typically mas huni – a blend of shredded smoked tuna, grated coconut, lemon and onions served with chapati. Fish soup, coconut fish curry and root vegetables such as cassava, fried yam and sweet potatoes are also popular. Dessert might be guava or hot pink dragonfruit; look out too for a spicy white berry known as noni or ahivah.

Even if your visit doesn’t coincide with a festival, you may be greeted on arrival by musicians playing boduberu drums made from coconut wood and goatskin, or see a performance on stage. Usually performed by 20 people, drummers typically beat a repetitive rhythm which starts slowly before increasing in tempo which encourages people to dance.

You may also get the chance to watch women twirling while tapping pots in bandiyaa jehun, girls dancing in lines facing one another with shakers in dhandi jehun or thaara, during which 22 men sit in two parallel rows playing tambourines.

What to see and do – on the water

Jumeirah Maldives Olhahali Island can arrange watersports ranging from pedal boating and snorkelling to kayaking and windsurfing. You can also go scuba diving or join an underwater photography masterclass. Help preserve the Maldives’ delicate ecosystem by not touching coral or removing shells from the beach.

Keen for an adventure? Then try Flyboarding, where you strap your feet to a board that’s connected to a hose powered by a Jet Ski – if you manage to stand up and maintain your balance, you’ll shoot into the air like a rocket; if you don’t, you’ll bellyflop, but that’s part of the fun. You can also experience an hour-long tour around the island aboard our submarine. 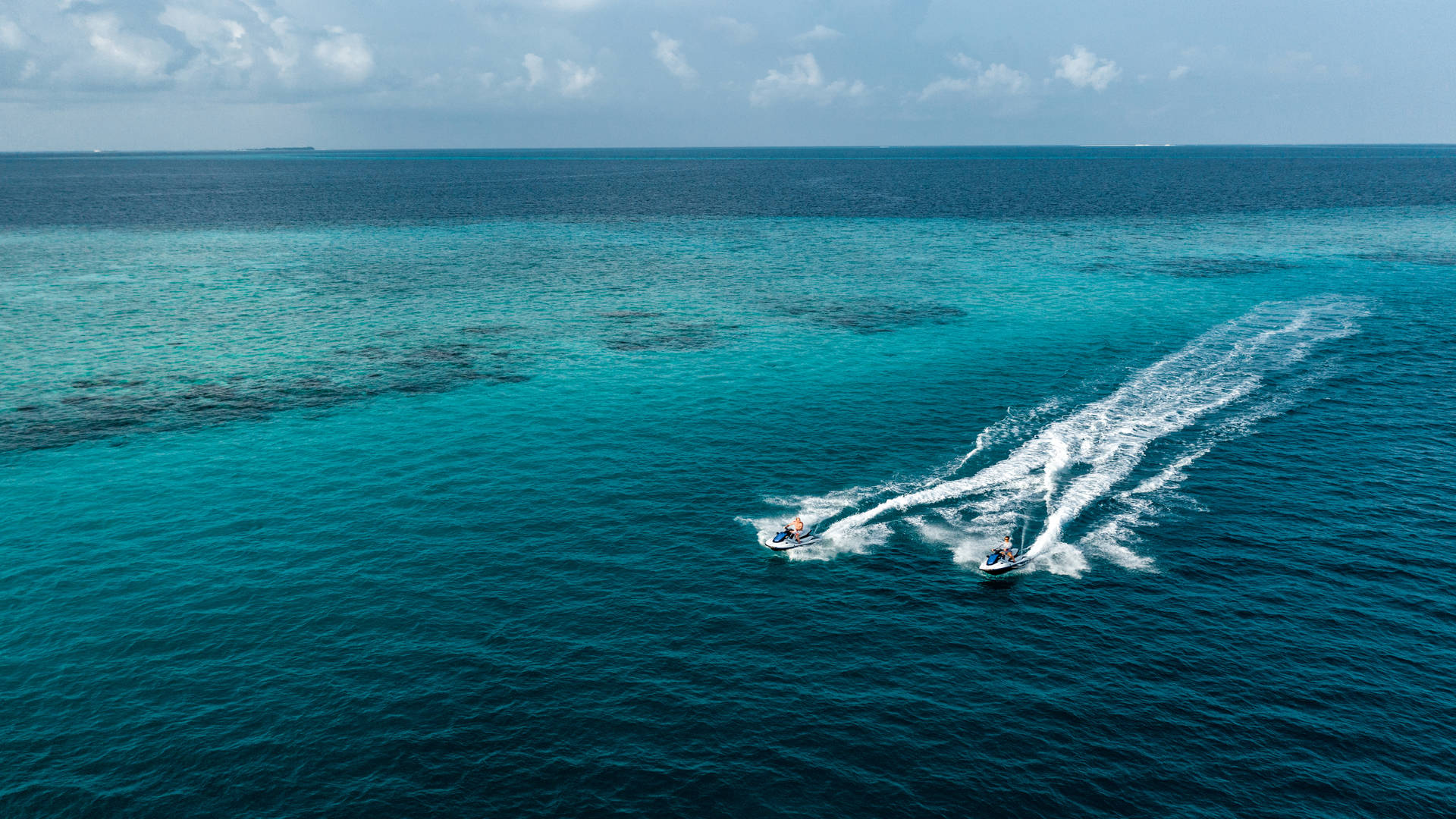 What to see and do – on land

Start the day with a yoga class or game of tennis at Jumeirah Maldives Olhahali Island. You can also swim in the pool or sea, have a treatment in Talise Spa or watch a film on a projector screen on the beach or your private rooftop.
Elsewhere, you can shop for a memento and support the local economy by buying palm leaf baskets, coconut shell bowls, mats made from reeds known as kunaa and products made with coir (coconut fibres). You can also buy gold coin necklaces and silver jewellery on Rinbudhoo and Hulhudheli in the Dhaalu atoll, south of Male, and lacquered wooden boxes, bowls and vases on Thulhaadhoo and Eydafushi in the Baa atoll, north of Male. 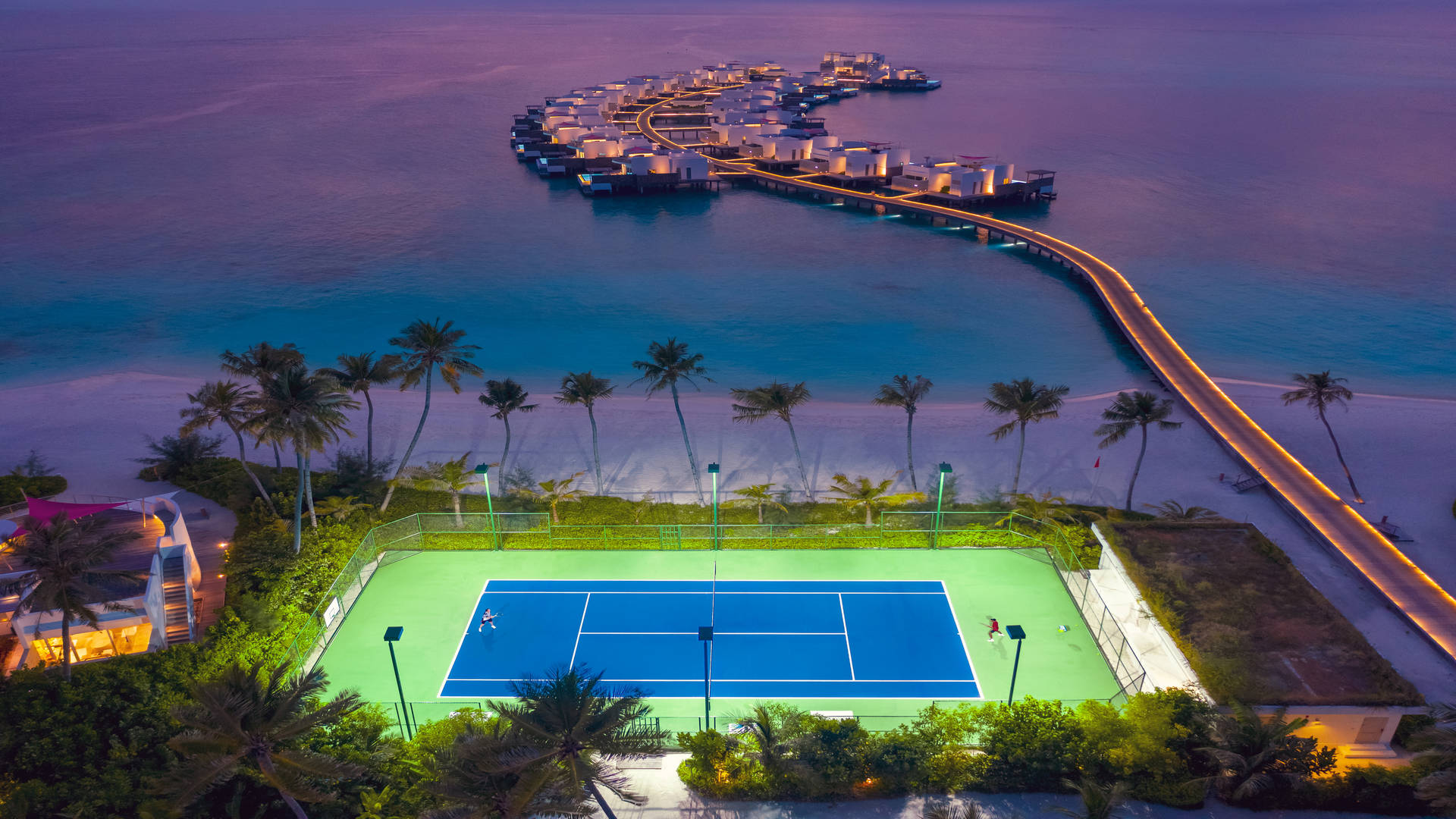 Aside from a mandatory wardrobe of beach attire, take outfits that cover your shoulders and knees as Male’s Grand Friday Mosque requires modest dress. Mosquito repellent, a waterproof camera and a dry bag to store valuables while snorkelling and kayaking will also come in handy.


Jumeirah Maldives Olhahali Island is in the same atoll as Male, so it’s easily accessible by speedboat and well-placed for island hopping.