WANDERLUST
24 Hours in London
Travel Guides
A local’s guide to eating out in Mayfair
Wanderlust
The best boutiques in Belgravia
Family
A guide to London for kids
Family
Where to go jogging in London
There is an unfettered joy exploring London on two wheels, gliding effortlessly through gorgeous green spaces, sleepy back streets and reflecting waterways. In recent years there has been a huge move to making London more cycle-centric, not only cutting those nasty greenhouse emissions but giving locals a newfound sense of freedom. From the historic Regent’s Canal towpath to Belgravia’s alluring charm, saddle-up and join us for a scenic spin around London’s prettiest cycling routes.

Dating from 1816, the eight-and-a-half-mile route follows the historic Regent’s Canal towpath that connects Little Venice to the revitalised Kings Cross, and on to Limehouse on the outskirts of Canary Wharf. Starting in Little Venice surrounded by white-stuccoed neoclassical townhouses that overlook the waterway with the banks lined by colourful narrowboats, before cutting through the grand Regent’s Park. London Zoo backs on to the pathway so look out for the monkeys and birds as you pedal along. Exiting Regent’s Park takes you through the hip, bohemian Camden, taking in the graffiti Banksy as you approach the legendary Camden Lock. Exit the canal towpath at St Pancras Basin and refuel at one of the cafes on trendy Granary Square. 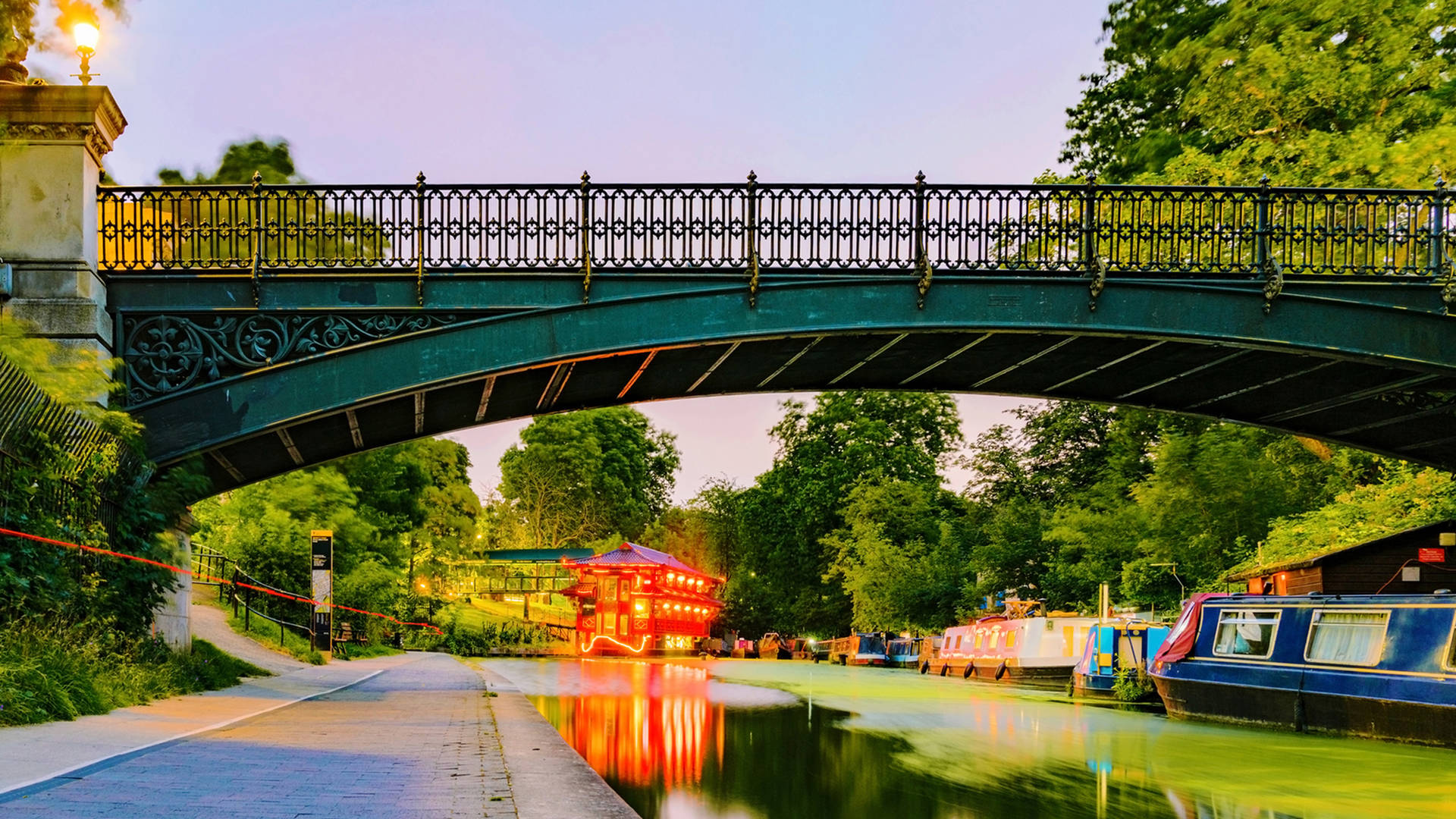 The 7.5-mile Tamsin Trail is a blissfully car-free route that follows the perimeter of Richmond Park. This leafy circuit takes in the park’s flora, fauna and wildlife and is great for younger pedallers too. Beginning at the East Sheen Gate, pick up the pathway and head in a clockwise direction, continuing along the outskirts of Richmond Park until you’re back to the start. As you cycle along, take in the flower-laden Isabella Plantation – a Victorian woodland garden overflowing with pink azaleas and rhododendrons. Keep your eye out for the park’s famous royal deer grazing in the fields, and pause at King Henry’s Mound to soak up the Thames Valley views through its telescope.

Designed for us by London cycling experts, Tally Ho! Cycle Tours, this route explores scenic Belgravia’s grand townhouses and the verdant Hyde Park. Starting at Belgravia Mews, head north through charming Belgrave Square, looping around Wilton Crescent and entering Hyde Park at historic Hyde Park Corner beside the Duke of Wellington’s grand home Apsley House with the enviable address of No1 London. Follow the Serpentine Road anticlockwise passing the commanding statue of Achilles and the shimmering Serpentine lake. Stop to take in an exhibition at the Serpentine Gallery, or a coffee at the Zaha Hadid-designed Magazine café. Finally, turn onto Carriage Drive, past the glittering Albert Memorial and alongside Rotten Row, the first artificially-lit track in the country in 1680. Heading home, leave Hyde Park on the right and finish at Jumeirah Lowndes Hotel on the elegant Lowndes Square. Click here for the full map and route.

Jumeirah Lowndes Hotel have partnered with British bicycle company, Kingston Bicycles to give guests the opportunity to explore London on two wheels. Adorned with delightfully eclectic English iconography, such as teacups, umbrellas and the Union Jack flag, the beautifully-bespoke bicycles are complimentary for guest to enjoy.