BusinessWhy you should plan a conference in Kuwait

At the nexus of the Middle East and Asia, Kuwait is the perfect conference destination

Kuwait is one of the most understated Gulf countries, often overlooked in favour of its neighbours to the south. But its prominence on the world stage has been on the rise over the last 20 years, and with a fast-growing World Bank “Ease of Conducting Business” score, not to mention a growing expat population, Kuwaits’ potential as a hub for international business is only just becoming realised. Here’s what makes it the ideal place for your next conference.

Kuwait lies on the border of Asia and the Middle East and is in a prime position to benefit from China’s billion-dollar Belt and Road Initiative, which hopes to connect the transport routes of Asia, Africa, the Middle East, and Europe. With increased ease of transport comes an increase in ambitious international deals, and Kuwait stands in the prime crossroads position for a project HQ.

The past 10 years have seen also the emergence of many neighbouring Central Asian countries from their post-Soviet slumber. Several economists have noted their “inclusive growth” economies, defined by mid-level businesses and entrepreneurial incentives. As the nexus of world innovation shifts away from Europe and China, Kuwait will, once again, become a centre of multinational negotiation and partnership. 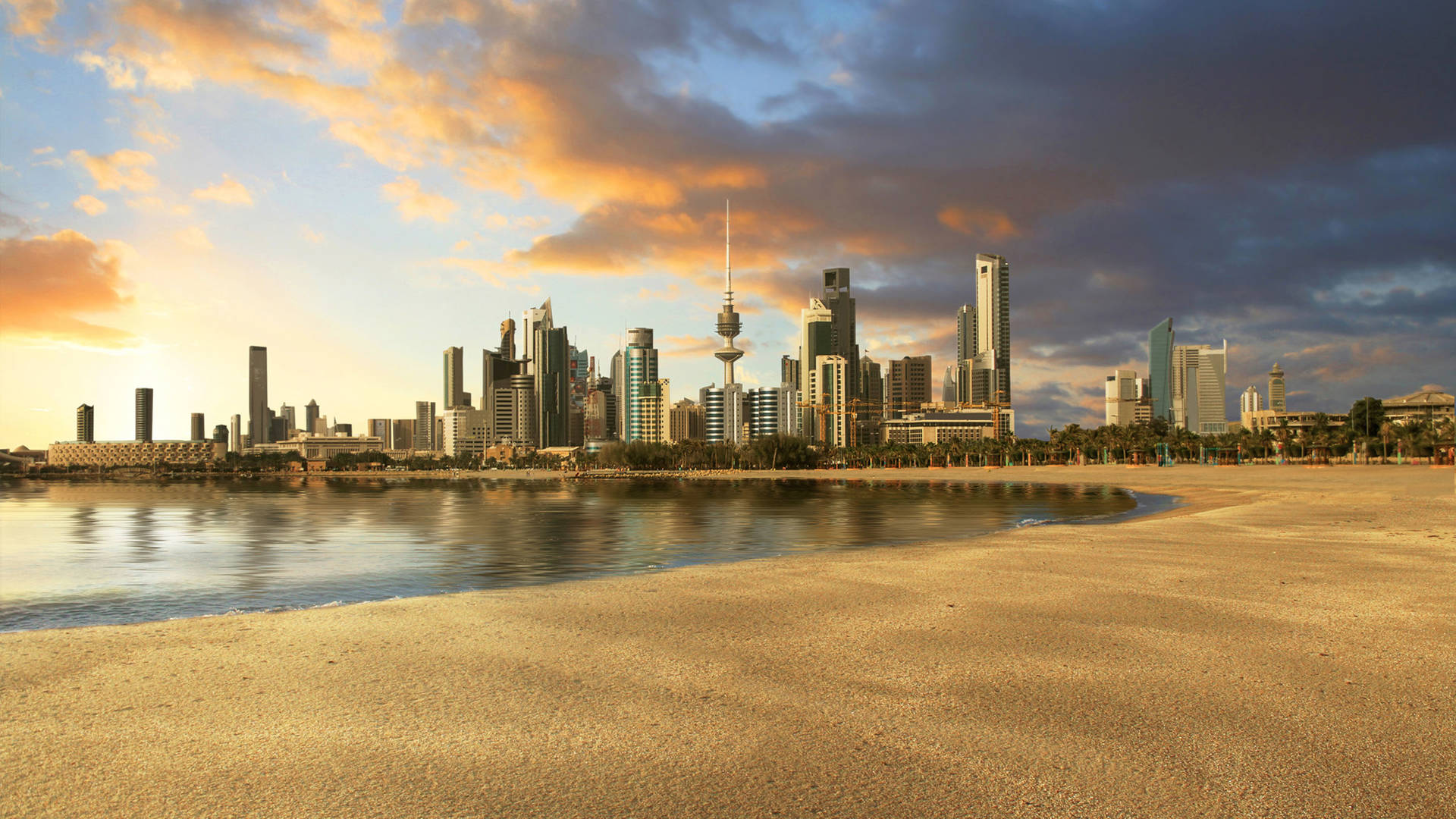 Few of the world’s economic metropoles enjoy as agreeable a setting as Kuwait’s capital, Kuwait City. Situated on the southern end of Kuwait Bay, a cyan shorefront at the crest of the Persian Gulf, white-sand beaches are right on the city’s doorstep. The city’s Business District is located in the heart of town, right below the entrance to the Bay. Many office buildings enjoy 270-degree views over the waters, overlooking Kuwait City’s sleek marinas, or more sweeping vistas of the Gulf beyond.

Recently, Messilah Beach, a 20-minute drive south of the city centre, has established itself as a business centre on par its more formal counterpart. Defined by well-designed low rises, contemporary concept cafés, and predominantly sea-facing venues, the Beach aligns with modern-day business aesthetics. Kuwait’s culture is in many ways similar to its Gulf cousins, with a blend of Bedouin and urban Arab traditions, but it is one less impacted by decades of heavy tourist footfall and immigration. At the heart of Kuwaiti culture is cuisine, which is showcased in the bounteous feasts guests are treated to in its many restaurants. Local dishes combine Indian, Najdi, Mediterranean, and Persian cuisine with inimitable finesse. No matter your conference audience, each member will find a Kuwaiti dish that resonates with their taste-buds.

For the downtime between conference meetings, Kuwait has a host of options to keep guests entertained. Most memorable of these, without a doubt, is the specialist jewellery market, Souq Al-Mubarakiya. This traditional, timber-roof bazaar is the chief marketplaces for one of Kuwait’s most time-honoured professions; pearl-diving. All of the pearls in the Souq are hand-dived using centuries-old techniques—perfect for a loved one at home or for an otherwise inaccessible souvenir.

Jumeriah Messilah Beach Resort & Spa opened on the Messilah shorefront in 2013. Set over two paradisiacal pools, and specially designed with conferences in mind, the Resort makes an ideal centre for business, combining state-of-the-art facilities with the stylish backdrop of Messilah Beach. 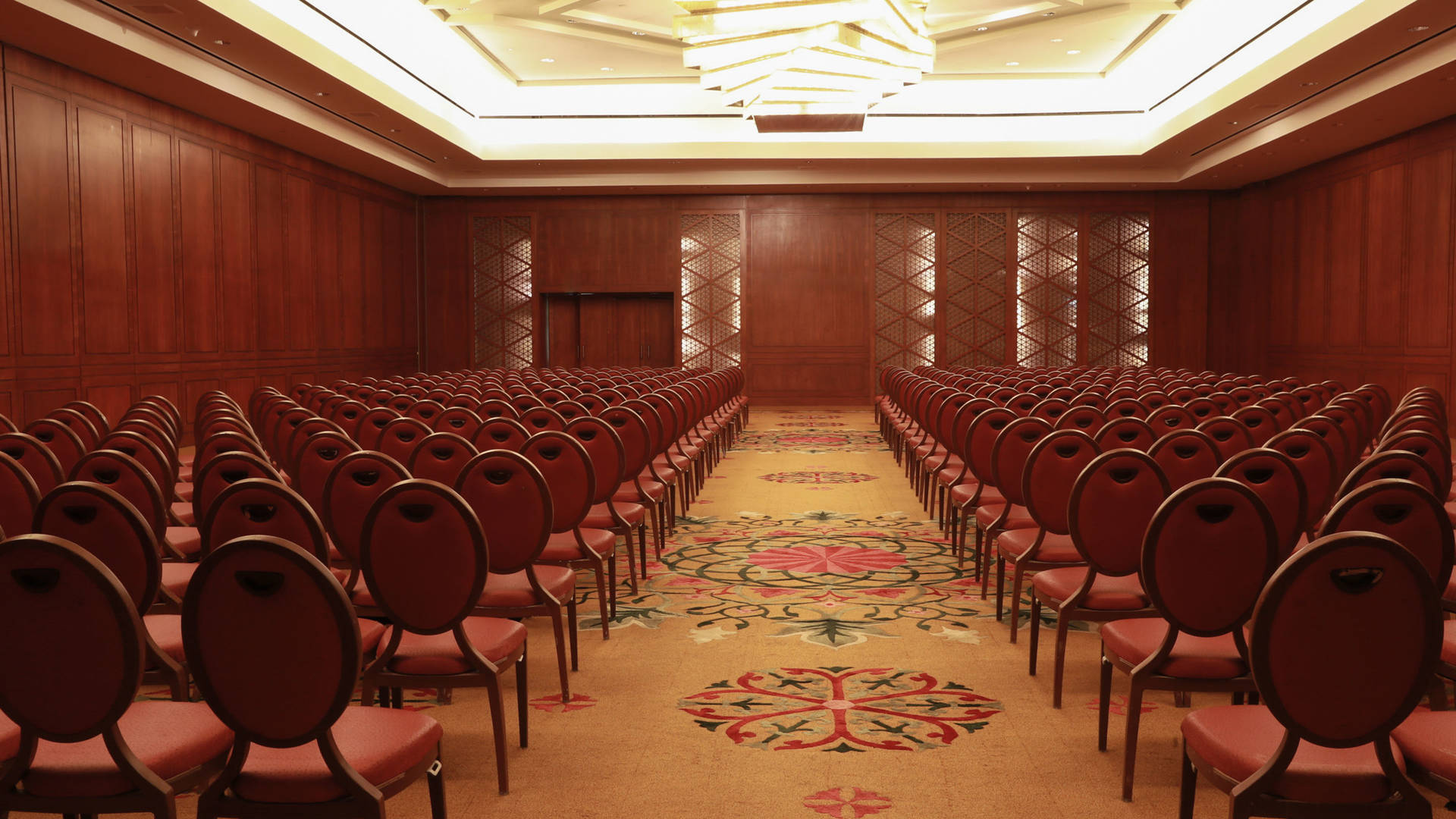 Whereas traditional conference rooms can be stale and dimly lit, each at Jumeirah Messilah Beach has been uniquely designed to augment any presentation or pitch. Styles range from the formalistic Badriah Ballroom, a walnut-panelled, conch-roofed space for up to 2,500 guests, to the lounge-styled interiors and open-air terrace of the Al Sadu room, which holds space for 7. If you’re looking for a space to bowl over attendees, look no further than the Reef room, which utilises almost 7.5 million mosaic tiles to recreate a mural of a Gulf reef.

A beach front retreat renowned for its exceptional service Jumeirah Messilah Beach Hotel & Spa provides the ideal setting for both business and leisure.