From fine art, sculpture and mosaic to contemporary shows and experimental exhibitions, here's our pick of Kuwait's coolest galleries

Antiquity had Athens; the Renaissance had Florence; the 20th century had Paris; but the 21st century belongs to Kuwait. For the past few years, Kuwait City has been developing a burgeoning contemporary art scene that today might just be Gulf’s most promising. Bringing together local Kuwaiti talent and famed artists throughout the Middle East, Kuwaiti art galleries are awash with different media, pioneering artistic methods, and a beautiful blend of cultures. Here is our pick of the hippest spots, all of them easily reached from the relaxed and sandy Jumeirah Messilah Beach Hotel & Spa.

AL M is perhaps Kuwait City’s most prominent contemporary art gallery. Situated in the Salhia Complex, Kuwait’s designer shopping centre, Al M has been synonymous with fine art since its inception in 2011. The majority of the gallery’s exhibitions focus on painting, and there is a general theme of exploring contemporary culture in the Middle East. Famous local artists continually grace its exhibition spaces, including sculptor Sami Mohammed, whose pieces focus on freedom and oppression in the Middle East, and Khazaal al Qaffas, whose works have sold across the globe. The space has also featured works by titans in the Middle Eastern fine art world, most famously those of Iraqi ambassador-cum-painter, Ghassan Muhsen.

The Boushahri Gallery was established in 1982 by renowned sculptor, Jawad Boushahri, to be a showcase for local and internationally acclaimed artists to share their works and ideas. Jawad Boushahri has had a long history in Kuwait’s art scene, even serving as Deputy Manager of the Kuwait National Museum, and his commitment to Kuwait’s artistic heritage is easy to see in the wealth of talent that has been displayed in the gallery throughout its years—its re-opening ceremony in 1993 featured 47 local Kuwaiti artists alone. Exhibitions range from contemporary crises in the Middle East, such as 2015’s “VIVA Syria,” to exhibitions focusing on specific media, such as the bi-annual “Ceramic Group” collections. Other shows to look out for are those highlighting female Kuwaiti artists as well as up-and-coming local talent.

The Contemporary Art Platform (CAP) holds a unique status, being the only non-profit gallery in Kuwait City. Founded in 2011, the gallery is an exhibition space, educational centre, cultural hub, and even museum. As such, it might be the most vibrant gallery in the city, and certainly a must for any visitor, art aficionado or not. Exhibitions are broadly thematic, ranging from concepts of identity to portrayals of daily life in Kuwait, and consistently place Kuwaiti talent in the wider conversation of Middle-Eastern artistic self-expression. 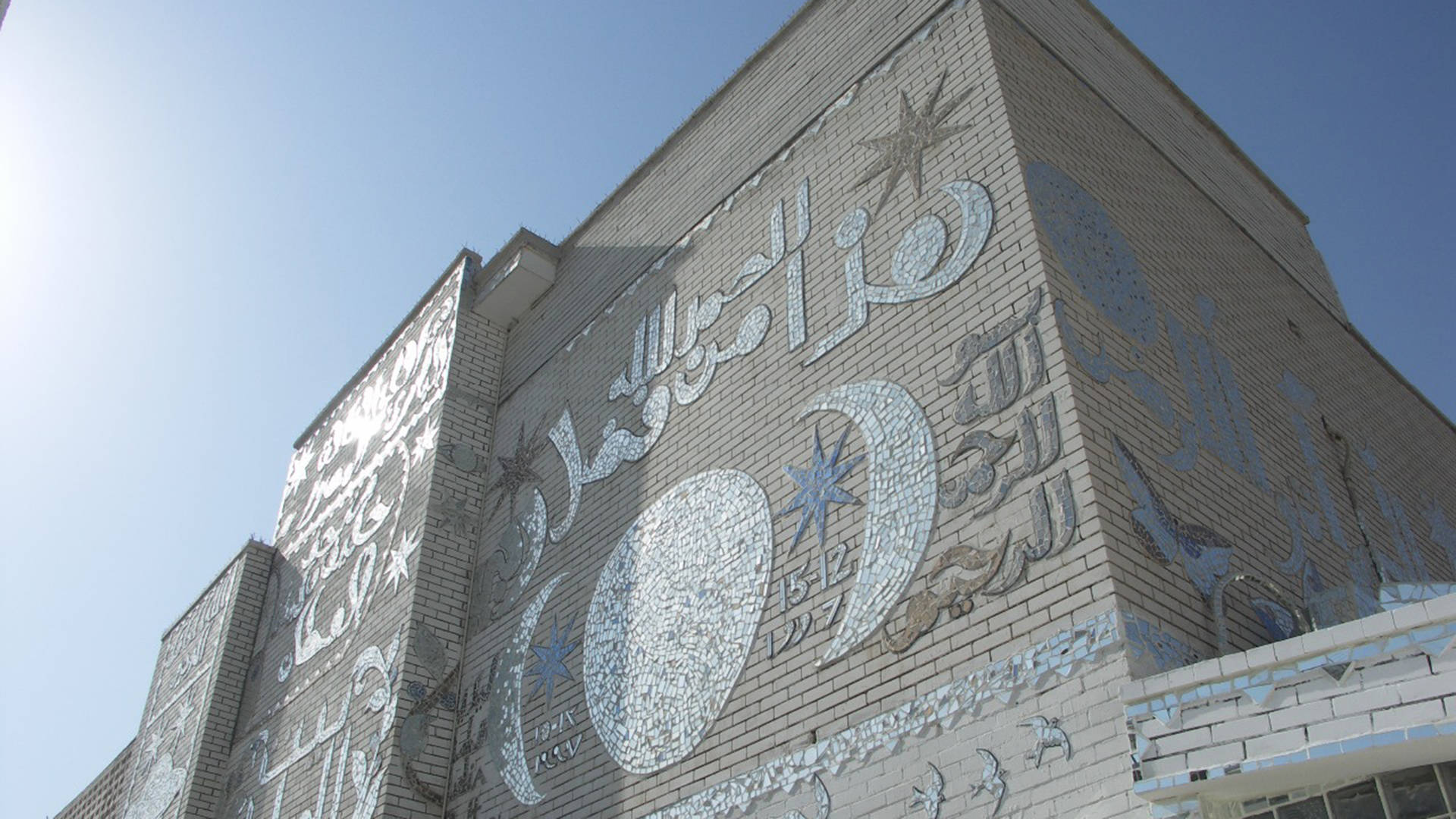 Kuwait City’s House of Mirrors is a dreamscape that resembles the interior of a kaleidoscope. Mirror house is the brainchild of Lidia Qattan, an Italian artist with a long history in Kuwait and a long-standing member of the Kuwait Formative Art Society, and her late husband, Khalifa Qattan, a contender for Kuwait’s most famous artist, as well as the creator of Circlism. A modern-day Cappella Palatina, everything in the House of Mirrors is covered head-to-toe in glimmering mosaic, including almost every piece of furniture (even the bathrooms). Each room on the ground floor carries a different theme from “Planet Earth” to “Knowledge,” described by the vivid palettes and abstract shapes all rendered in mosaic. On the upper floor reside the personal galleries of Khalifa and Lidia Qattan, with exhibitions ranging in theme from the Iraqi Invasion to “The Art of Recycling.”