A roundup of Kuwait's most interesting and iconic architecture

Kuwait has one of the most captivating skylines in the Gulf – the result of an architectural identity that focuses on purpose and style in equal parts. Many of the country’s standout landmarks embody a wonderfully modern-meets-historic style, whether it’s the Bedouin imprint of the National Assembly, the extravagance of the Grand Mosque or the art-in-action mosaic masterpiece of the residential Mirror House.

Perhaps the most iconic of Kuwait’s famous architectural landmarks is the six clusters of water towers you can find dotted all around the city. Five of the groups are mushroom shaped and feature a classically retro blue-and-white striped design. The sixth cluster – known collectively as the Kuwait Towers – has a futuristic look and feel, where two blue-and-green speckled spheres stand tall on slender needle-like bases. One of the three towers is open to the public, and on site there is a beautiful restaurant and indoor garden to visit. Be sure to experience the best 360-degree views of the city from the rotating viewing platform. 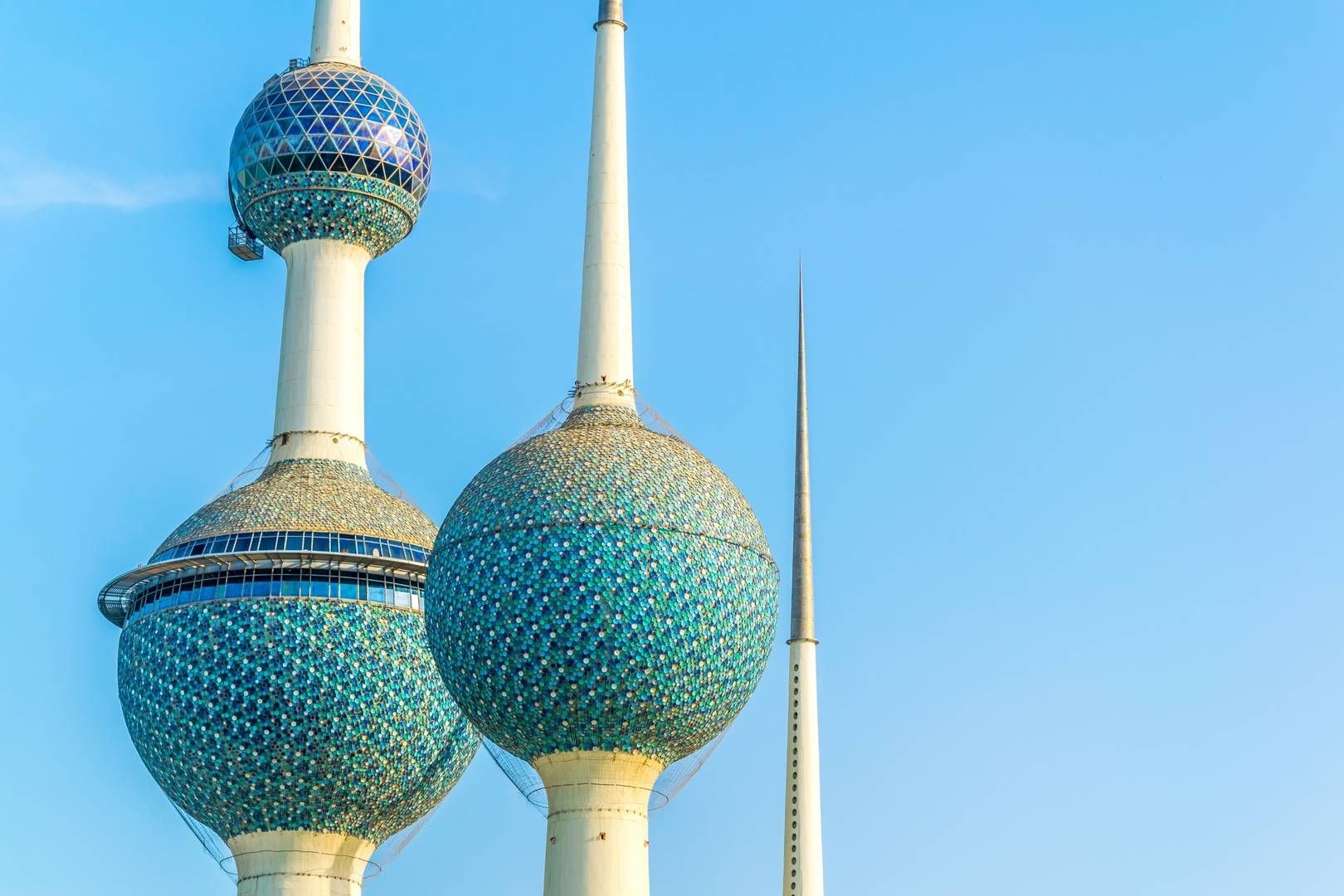 Italian-born Lidia Al-Qattan’s private residence in the Qadisiya district is a gloriously eccentric study of mirrored design and décor. This one-of-a-kind masterpiece is a personal project that took 40 years to complete. The house showcases nearly 70 tonnes of tiny mirror pieces that cover every wall, stretch of floor and piece of furniture both inside and out. Tours of this mirrored mosaic house are conducted by the artist herself and the thematic styles of the rooms are all her own unique designs. Once upstairs, you can view a gallery of her personal art collection.

An exceptional example of traditional Islamic design, the Grand Mosque is the largest, and most beautiful, of the city’s 1000-plus mosques. This striking structure opened in 1986 and has made landmark status thanks to its elaborate details. While following a traditional style, the most opulent blue and gold-studded interiors feature Moroccan mosaics, Italian marble and hand-carved teak wooden doors from India. At its heart, the gold-plated central minaret is the highest in Kuwait, standing tall at an impressive 74 metres. 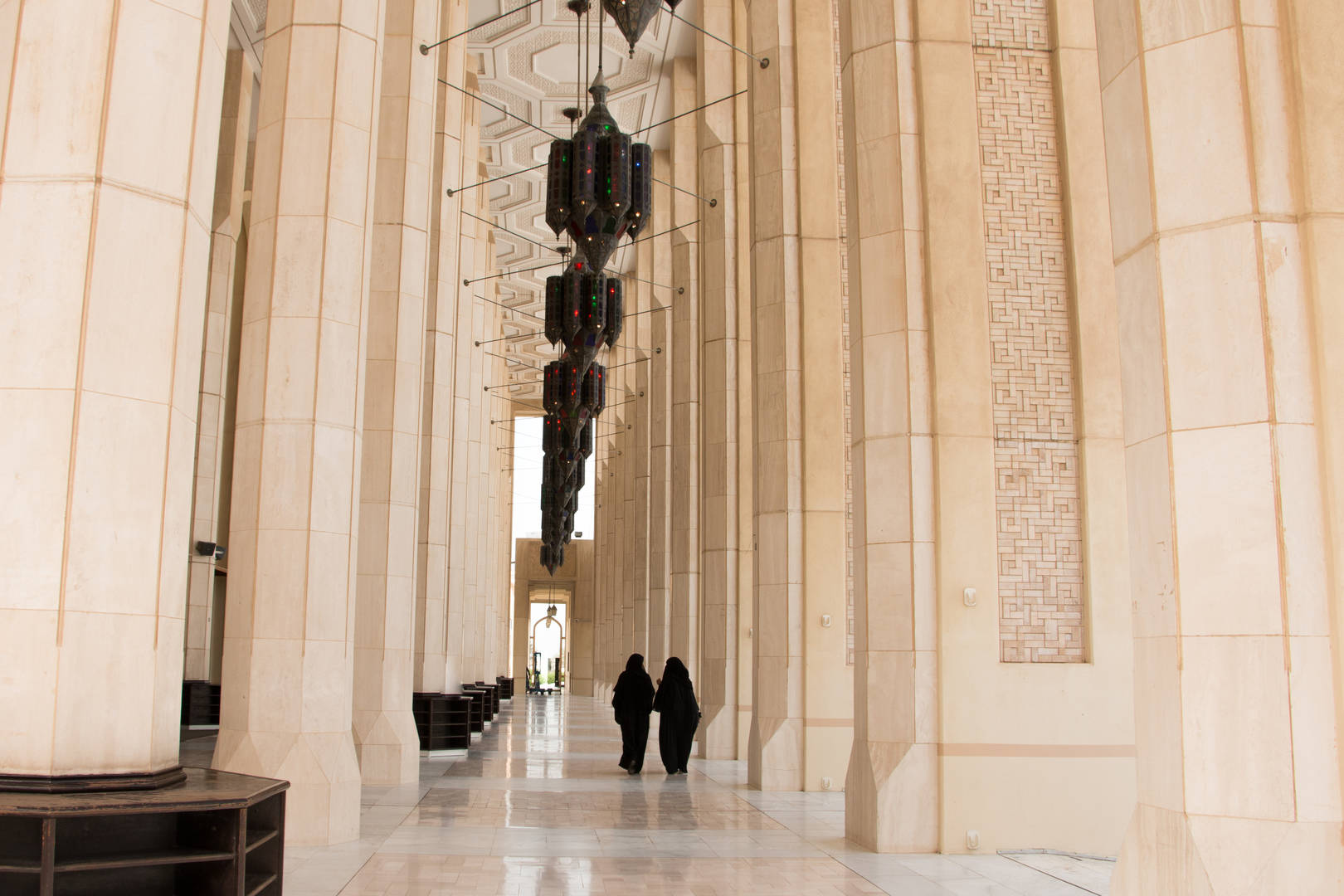 The official seat of the Parliament of Kuwait is the innovative creation of Danish architect Jørn Utzon – perhaps more famously known as the visionary behind the design of Sydney’s iconic Opera House. The National Assembly building in Kuwait has an inviting and forward-thinking style, with plenty of curves, a public colonnade and a concrete sail-shaped roof that appears deceptively weightless and billowing in the wind. While not open to the public, you can glimpse the government rooms and hallways clustered around little courtyards with a layout inspired by the designs of an old Arabian bazaar. 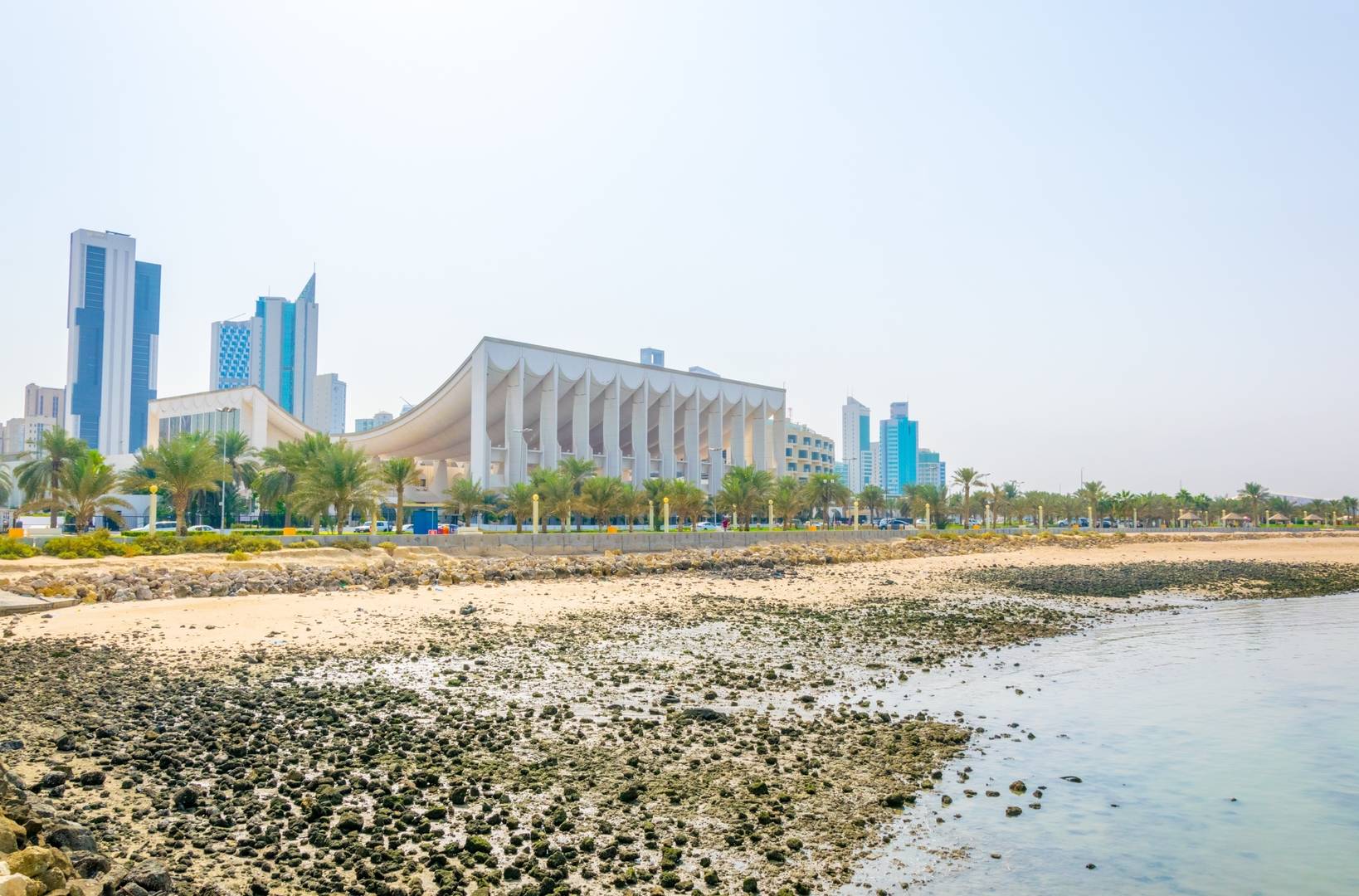 Just along the street from the National Assembly is Kuwait’s old-meets-modern National Museum. French architect Michael Écochard has taken inspiration from the aesthetic of a traditional Arab mudhouse and reflected this in his design, with the museum’s five buildings strategically arranged around a central courtyard. Exhibitions exploring Kuwait’s past life and history have taken centre stage here since 1983; the museum was damaged during the Gulf War but has since been restored back to public viewing with a national planetarium, heritage wing and a collection of ancient artefacts found on Failika Island.

Set aside time for a culture-fuelled day trip; all of these design-focused highlights are within easy reach of the Jumeirah Messilah Beach Hotel & Spa.