Activity
Best of Both: Mallorca and London
Activity
Island hopping off the Mallorcan coast
Dining
Mallorca’s most unusual vineyards
Activity
The perfect mini-moon in Capri
Wanderlust
Where to honeymoon in style with Jumeirah Hotels and Resorts

In Mallorca, the Tramuntana Mountains make for a mighty backdrop to the island’s quiet coast paths while, on Capri’s rugged cliffs, you are in the ideal location for dramatic sunrise and sunset views. All of these walks are easy to access from Jumeirah Port Soller Hotel and Spa or Capri Palace Jumeirah, where restaurants and award-winning spas await at the end of your explorations.

Wander past waterside attractions on the Via dei Fortini

Surrounded by Capri’s rolling countryside and fragrant citrus trees, Capri Palace Jumeirah is just a 10-minute drive from Punta Carena in the south and the famous Blue Grotto in the west. Connecting these two picturesque destinations is the four-mile Via dei Fortini or Path of the Little Forts – a route that passes a series of historic fortifications that were originally built to defend Anacapri from the Saracens and later occupied by British and French forces in the early 1800s. Taking a boat trip into the Blue Grotto makes for an excellent way to end your walk, but there are also several opportunities to stop for a swim at one of the secluded little beaches dotted along the way.

Step back in time as you climb the Phoenician Steps or La Scala Fenicia, which were once the only way the local women of Anacapri could access the freshwater at Truglio spring. Start at Marina Grande, close to Palazzo A Mare and a 10-minute drive from the hotel, and tackle the 921 stone steps that were chiselled into the sides of the cliffs centuries ago. You’ll be rewarded with stunning views of the sparkling water and, if you are feeling particularly active, there’s the opportunity to continue your climb by ascending Monte Solaro. As the highest point on Capri, you’ll need to allow between one and one-and-a-half hours for the hike, or there is the option to take the chairlift. Whatever you decide, you’ll enjoy a 360-degree view of the island. 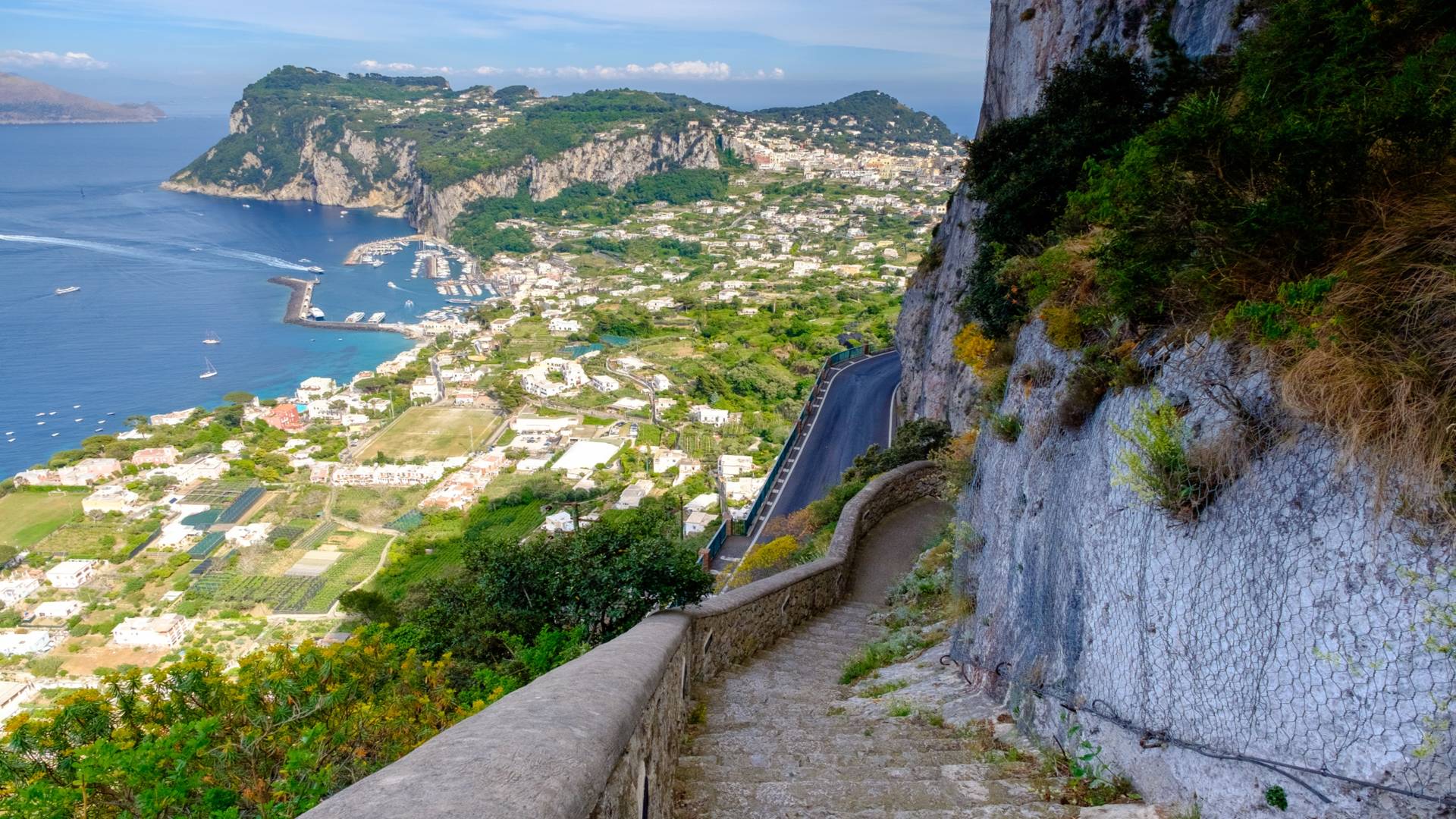 The Camí dels Pintors from Deià to Llucalcari

Known as the Painter’s Way, thanks to the creative inspiration it's provided to many local artists over the years, this scenic walk starts at Cala Deià, which is a 30-minute drive from Jumeirah Port Soller Hotel and Spa. Hugging this picturesque stretch of coastline, the path winds beneath towering pines and passes a string of secluded bays that are the perfect place to stop for a swim. In fact, the water is so crystal-clear here, Llucalcari is a popular place to go snorkelling. If you are feeling energetic, the route is part of Mallorca’s long distance hiking trail GR 221, which you can follow all the way back to Jumeirah Port Soller Hotel and Spa. 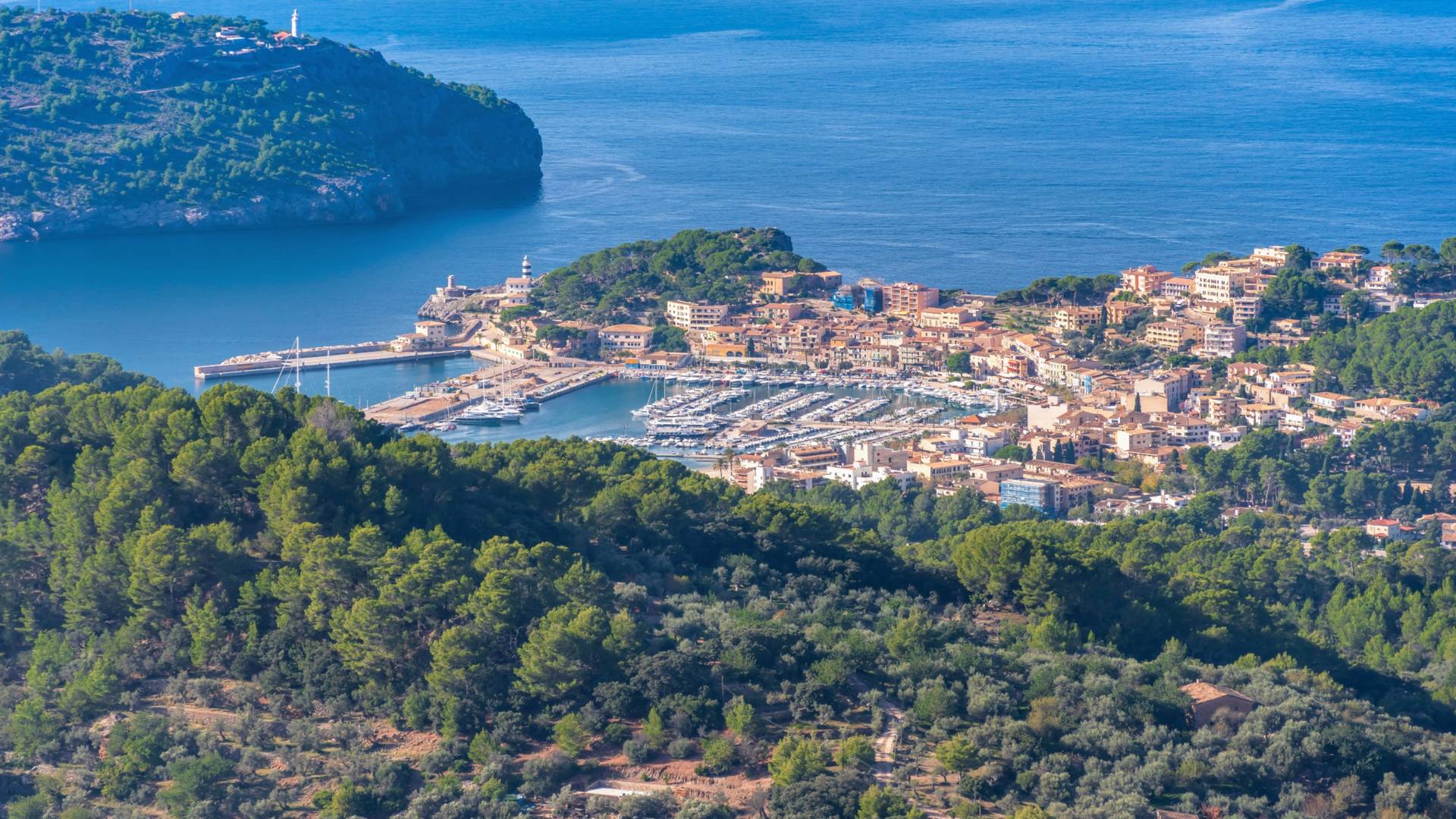 Cala Romantica to Cala Varques: a clifftop walk from cove to cove

On the eastern side of the island – a one-and-a-half-hour drive from Jumeirah Port Soller Hotel and Spa – this easy coastal hike begins at the pretty beach resort of Cala Romantica. As you make your way south, gaze out to sea in order to spot a number of rugged rock formations – such as the picturesque archway at Cova des Pont. Meanwhile, the area’s imposing cliffs give way to Cova de Coloms and Mallorca’s spectacular sea caves that can be explored with the help of an experienced guide. When you reach your final destination of Cala Varques, you’ll find a secluded beach that’s lapped by turquoise waters and makes for a refreshing post-hike dip. 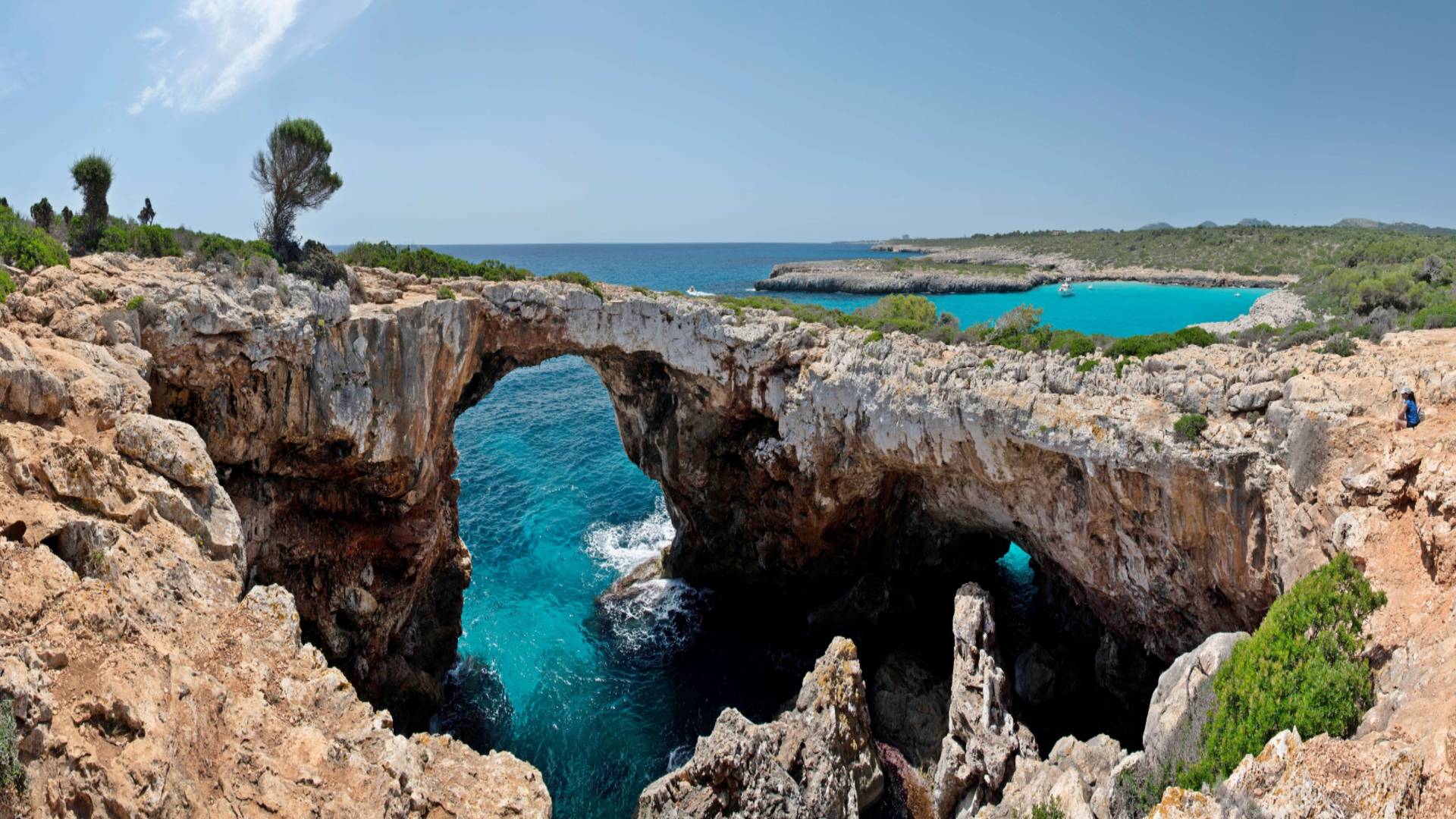 A sunset stroll from beneath Mallorca’s Tramuntana Mountains

Watch the sun descend towards the sea and work up an appetite for your evening meal with this romantic coastal walk from the striking Cap Gros lighthouse (a 15-minute drive) to the charming seafront village of Port de Sóller – where an aperitif at one of the bars along the palm-lined promenade awaits. Once you’ve admired the views from the headland and its historic white lighthouse, and with the shimmering waterfront as your constant companion, make your way east to Port de Sóller. The walk back to our property takes just under an hour and, on arrival, you can continue to keep the Mediterranean in sight with an unforgettable dinner overlooking the ocean at Cap Roig Brasserie. 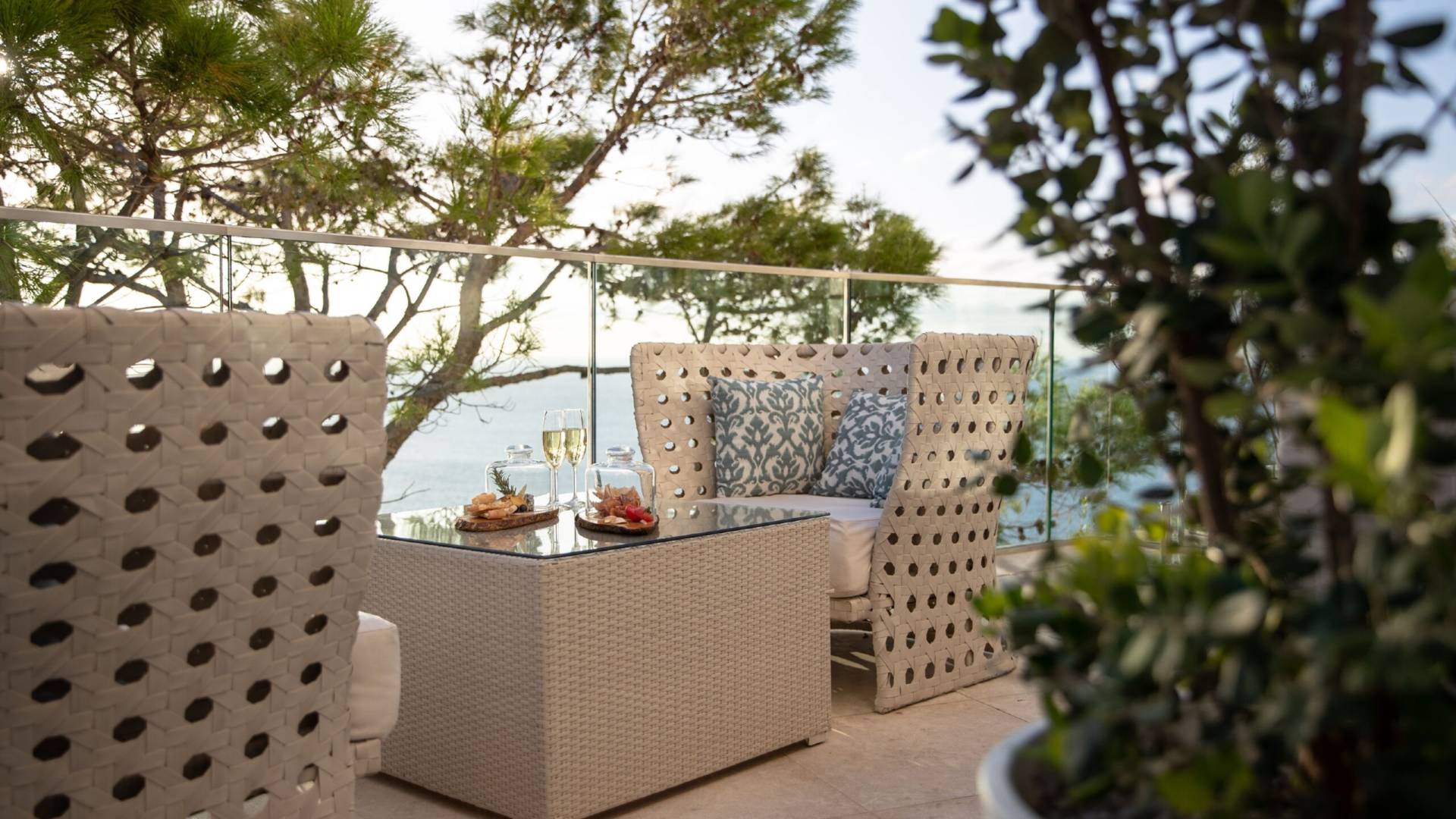 Immerse yourself in these idyllic destinations during a waterside walk at Capri Palace Jumeirah and Jumeirah Port Soller Hotel and Spa in Mallorca.