Enjoy fresh seafood on the island's most beautiful beaches

Activity
Best of Both: Mallorca and London
Wanderlust
Port de Sóller: Mallorca's enchanting orange groves
Activity
The Great Outdoors: a wellness guide to Capri
Wanderlust
Where to honeymoon in style with Jumeirah Hotels and Resorts
Travel Guides
The A to Z of Bali

A jewel in the clear blue waters of the Mediterranean, Capri has been attracting visitors for millennia. Caesar Augustus became the first Roman Emperor to discover the island’s charms and liked it so much that he built temples and villas here. Capri’s soaring limestone cliffs, beautiful rocky coves and secluded bays are worth discovering, from Bagni Tiberio, where you can swim alongside Roman ruins, to Il Riccio, home to a chic restaurant specialising in heavenly seafood.

Perched on the cliffs of Capri Palace Jumeirah, on the northern shore of the island, Il Riccio Restaurant and Beach Club sits just above the electric waters of the famous Blue Grotto, and can be accessed by a stone staircase that zigzags down to the water. Its clifftop restaurant features raw and beautifully cooked seafood delicacies paired with a carefully curated selection of local beverages. Resident chef Salvatore Elefante’s culinary adventures culminate in the Plateau Royal, which celebrates the island’s seafood, freshly caught and served raw. Specialities include spaghetti alla chitarra with sea urchins and lobster with tomatoes, rocket salad and marinated spring onions.

The Blue Grotto, or Grotta Azzurra, is a fascinating sea cave that was rediscovered in the nineteenth century and is one of Capri’s most famous natural landmarks. Visitors are taken in a rowing boat through the low, narrow opening through which an ethereal blue light slips in and magically reflects on the water inside. There is also a wonderful little rocky beach here, where you can bask in the warm sun taking in the incredible view, before cooling off in the clear water. 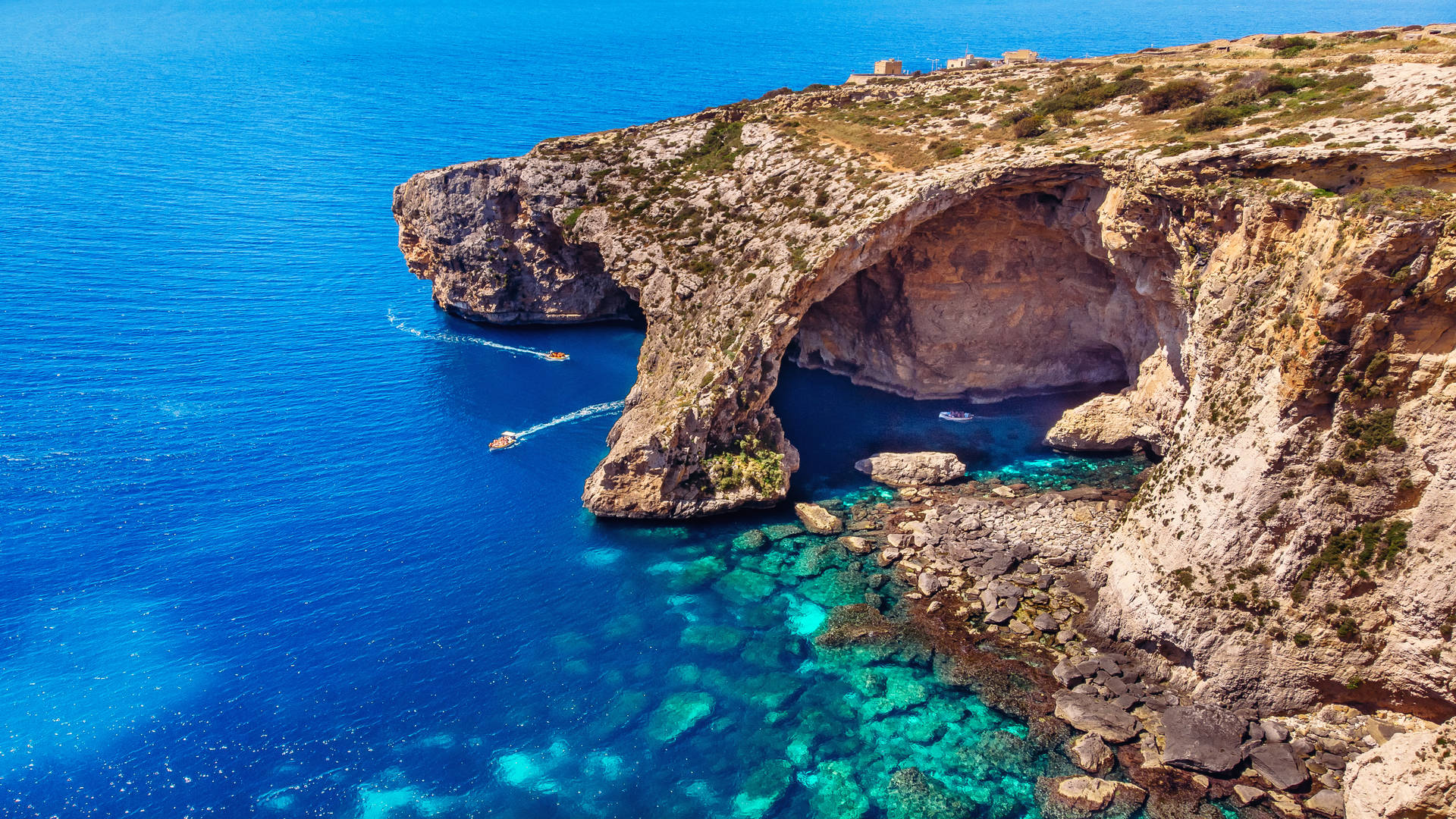 Marina Piccola, located on the southern side of the island, is known for its impressive views of the Faraglioni (giant sea stacks) opposite. The bay is split into two by the ‘Scoglio delle Sirene’ or Siren’s Rock. According to legend, this is where the sirens of Greek myth attempted to seduce Odysseus with their music. To one side is the beach of Marina di Mulo and to the other Marina di Pennauro, both conveniently sheltered from the wind by a soaring wall of rock and lined with elegant cabanas. Take your pick from one of the splendid fish and seafood restaurants lining the beach overlooking the turquoise waters. 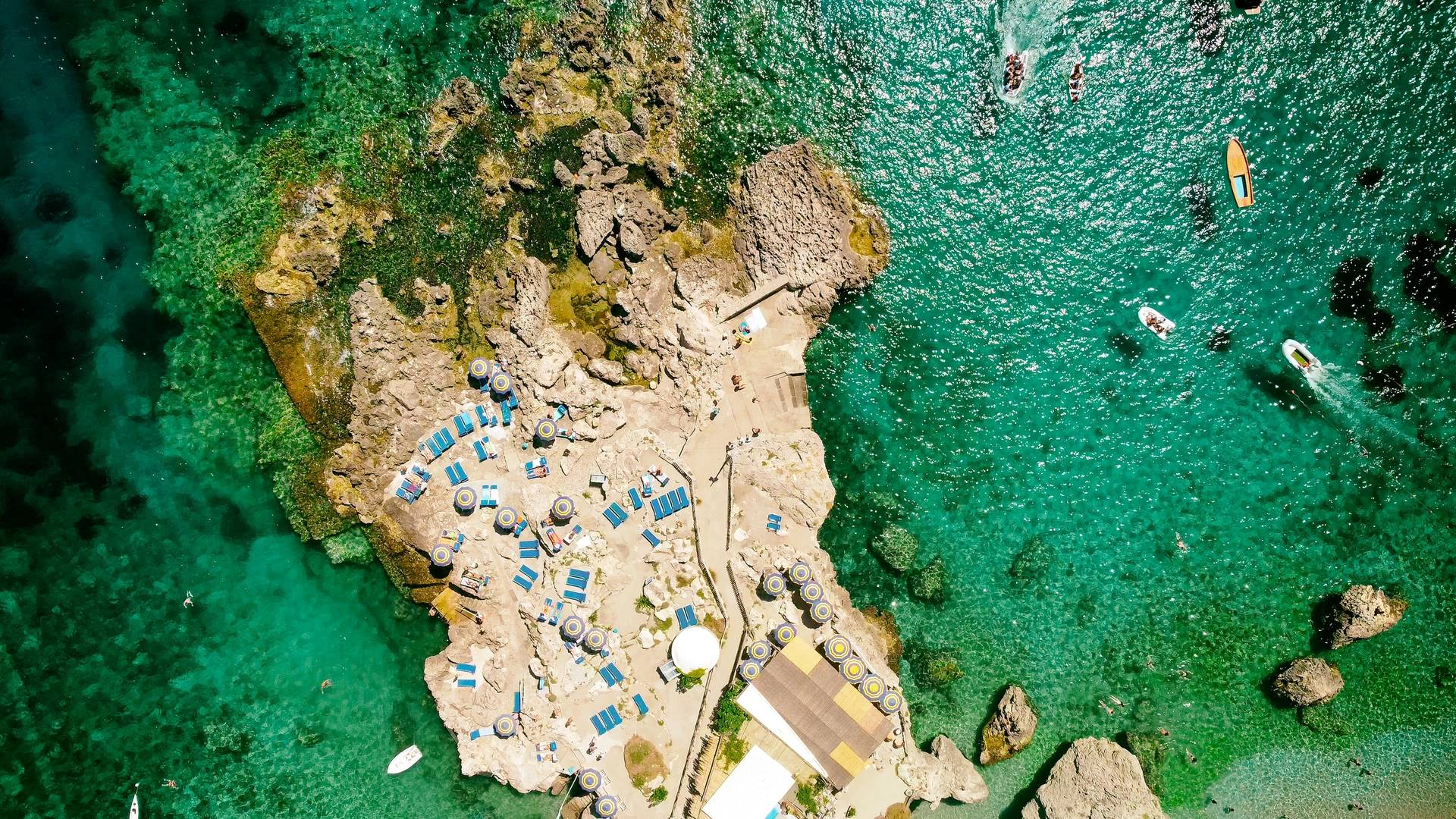 It is no wonder that Emperor Tiberius fell in love with this picturesque cove two thousand years ago and built a villa here, Palazzo a Mare, the remains of which are located among the coastal rocks overlooking the bay. To access the beach, you can take a gozzo shuttle boat from Marina Grande, but it can also be reached by foot via Via Palazzo a Mare. Once there you will find the Bagni Tiberio beach club with its restaurant on the water’s edge, featuring some of the island’s signature dishes, including spaghetti vongole, spaghetti alla Nerano with zucchini, and ravioli with black squid ink pasta stuffed with shrimp.

A postcard-perfect rocky bay with an imposing lighthouse, Lido del Faro is set on the southwestern point of the coastline and is accessed via a road winding through the dramatic countryside. The beach club was founded by local entrepreneur Ercole D’Esposito in 1970, while the Punta Carena lighthouse is one of Italy’s oldest lighthouses, dating back to 1867. The restaurant serves traditional dishes with a unique twist, from wholegrain linguine with squid, sea urchins, and zucchini purée to mezzi paccheri pasta with puréed green peppers and octopus ragù. 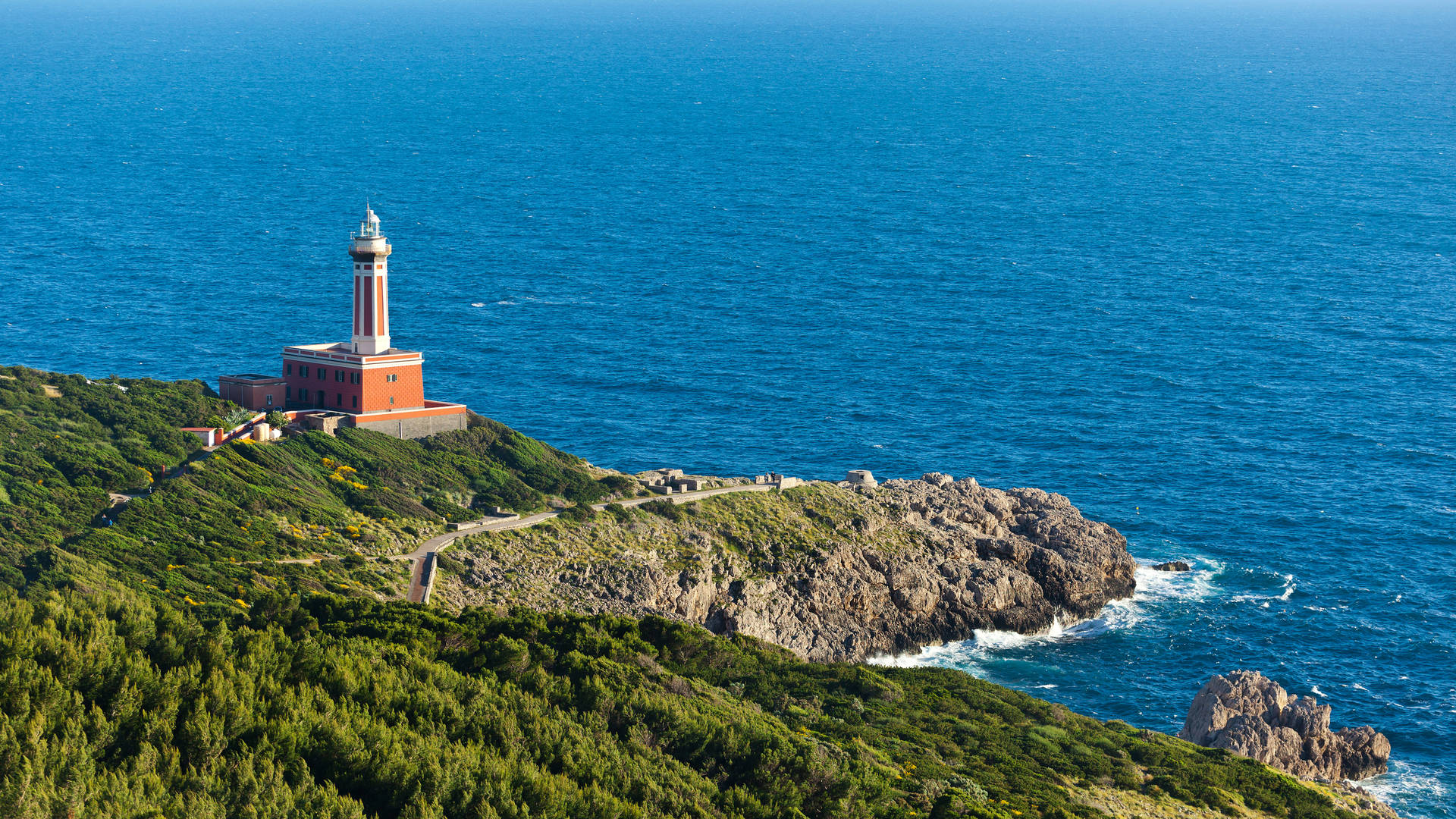 A narrow stretch of white pebbles, Torre Saracena looks out onto Capri’s majestic Faraglioni rocks and has a series of wooden platforms built over the pristine waters. Each are equipped with pergolas, perfect for lazing under during the hottest hours of the day. The beach’s American Bar features a selection of delicious light snacks, including Insalata Caprese and panini. There is also a splendid restaurant serving sautéed shrimp, cold octopus salad, and pasta e piselli.