From Mediterranean dishes by the sea at Sal to classic French plates at Al Muntaha on the 27th floor, Burj Al Arab’s acclaimed restaurants combine mesmerising flavours with vogueish interiors

Head Chef Paolo Mannis serves southern European cuisine at Sal. Marco fell in love with Tuscan cooking and took his repertoire around the globe from Paris to New York before bringing his experience to Sal, where he incorporates homemade pasta with seafood. Inspired by its terrace location, Sal is decked in white, beige and natural wood. Diners are treated to a breeze that trickles through the space and views of the Arabian Gulf, best seen at sunset. 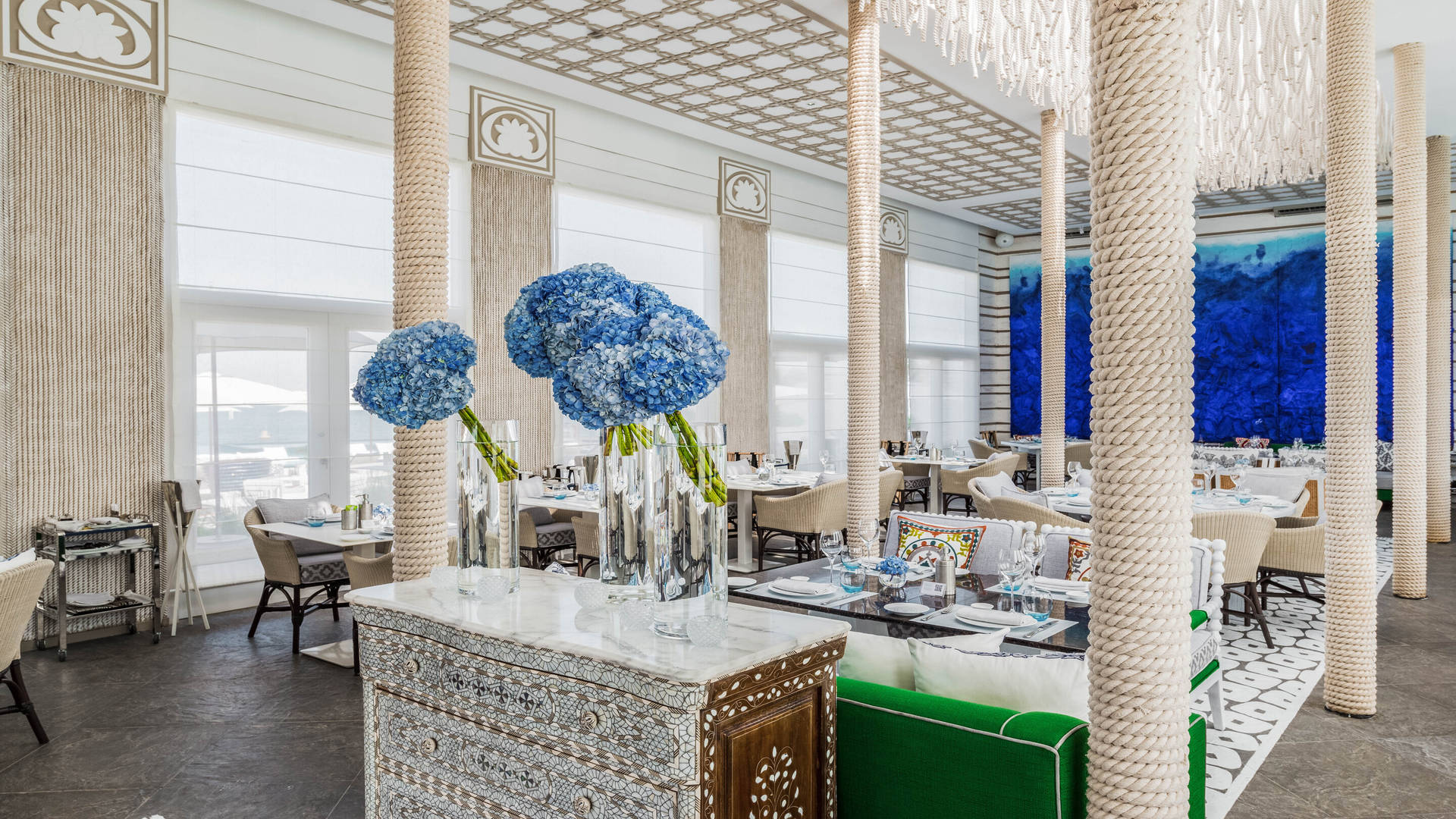 Set on our 27th floor, Al Muntaha’s floor-to-ceiling windows offer coastal views. Chef Saverio Sbaragli trained under the three Michelin star Chef Alain Ducasse, later working in Michelin star restaurants in Geneva and Paris before bringing his expertise to Al Muntaha. Saverio’s degustation menu features scallops, caviar and French and Italian dishes such as guinea fowl ravioli with Parmesan cream. Reserve a seat by the window to watch the lights of the city flicker on after dusk.

Everything at Ristorante L’ Olivo at Al Mahara reminds you of your proximity to the sea, from the floor-to-ceiling aquarium in its centre to the mother-of-pearl bar counter and hostess stand that resembles a gold shell. The light from the aquarium bounces off the mirrored ceiling, casting shimmering rays across the tables, which are set beneath a chandelier that resembles an octopus’s tentacles and another inspired by coins from shipwrecks. Executive chef Andrea Migliaccio – formerly at Jumeirah Capri Palace’s Michelin-starred restaurants L’Olivo and Il Riccio – is behind the seafood menu. 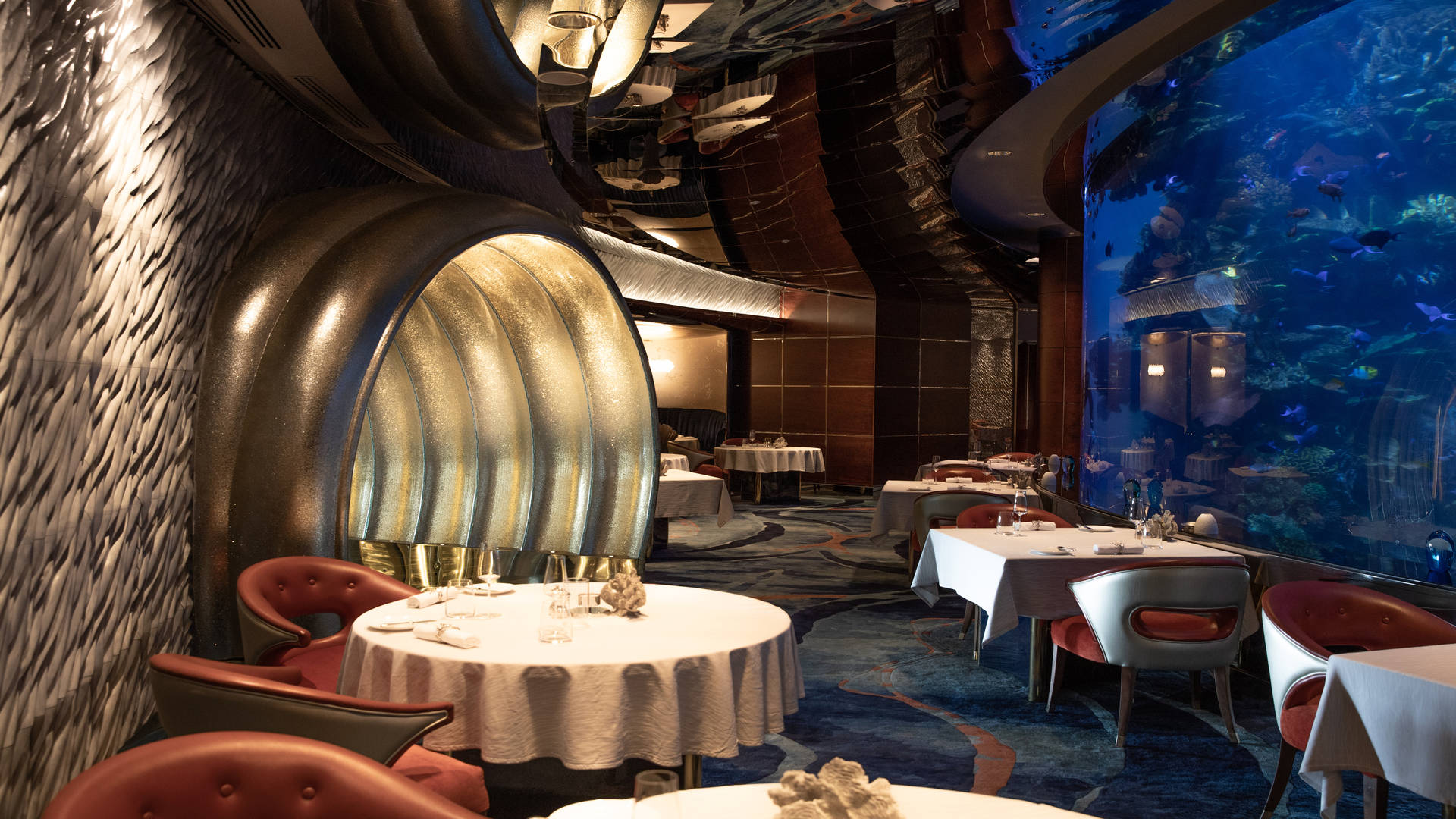 Located on the 27th floor, Gilt’s vibrant music sets the scene for a lively night out. Our world-recognised bartender Thibault Maequignon is behind our innovative menu, which features ingredients ranging from brown butter, bee pollen and smoked duck fat – and that’s just the drinks. Chef Saverio Sbaragli has designed the canapés.

Like Al Muntaha, Skyview Bar is perched 200 metres above sea level, on our 27th floor. As the sky turns saffron and Dubai’s high rises begin to sparkle, order timeless classics and mixed drinks with inventive ingredients. Whether you crave a creamy, minty mixed drink, a refreshing glass of cucumber, lychee or yuzu or a mouthful aged in oak barrels, you’ll find it.

Arabic for reception of the house, Sahn Eddar is Burj Al Arab’s lobby lounge. No doubt you’ve had Afternoon Tea before, but have you ever had it in Sahn Eddar? A Tea Sommelier will help you choose from an expansive menu as you nibble on crab and caviar blinis. Even the sandwiches are special, as our culinary team forgo the usual fillings such as egg mayonnaise in favour of unusual combinations such as chicken, green apple, celery, curry and saffron mayonnaise, or foie gras, mango and blueberry jam with star anise powder. Following warm scones with clotted cream, homemade red fruit jam and marmalade, you’ll also be served sweet bites as you enjoy views of the Gulf. For a more substantial meal, choose from Sahn Eddar’s international menu.

Set on the ground floor, Bab Al Yam’s floor-to-ceiling windows overlook a terrace which is bordered by palm trees, with the Gulf just beyond. The European menu features dishes such as bruschetta and pizza baked in a stone oven. 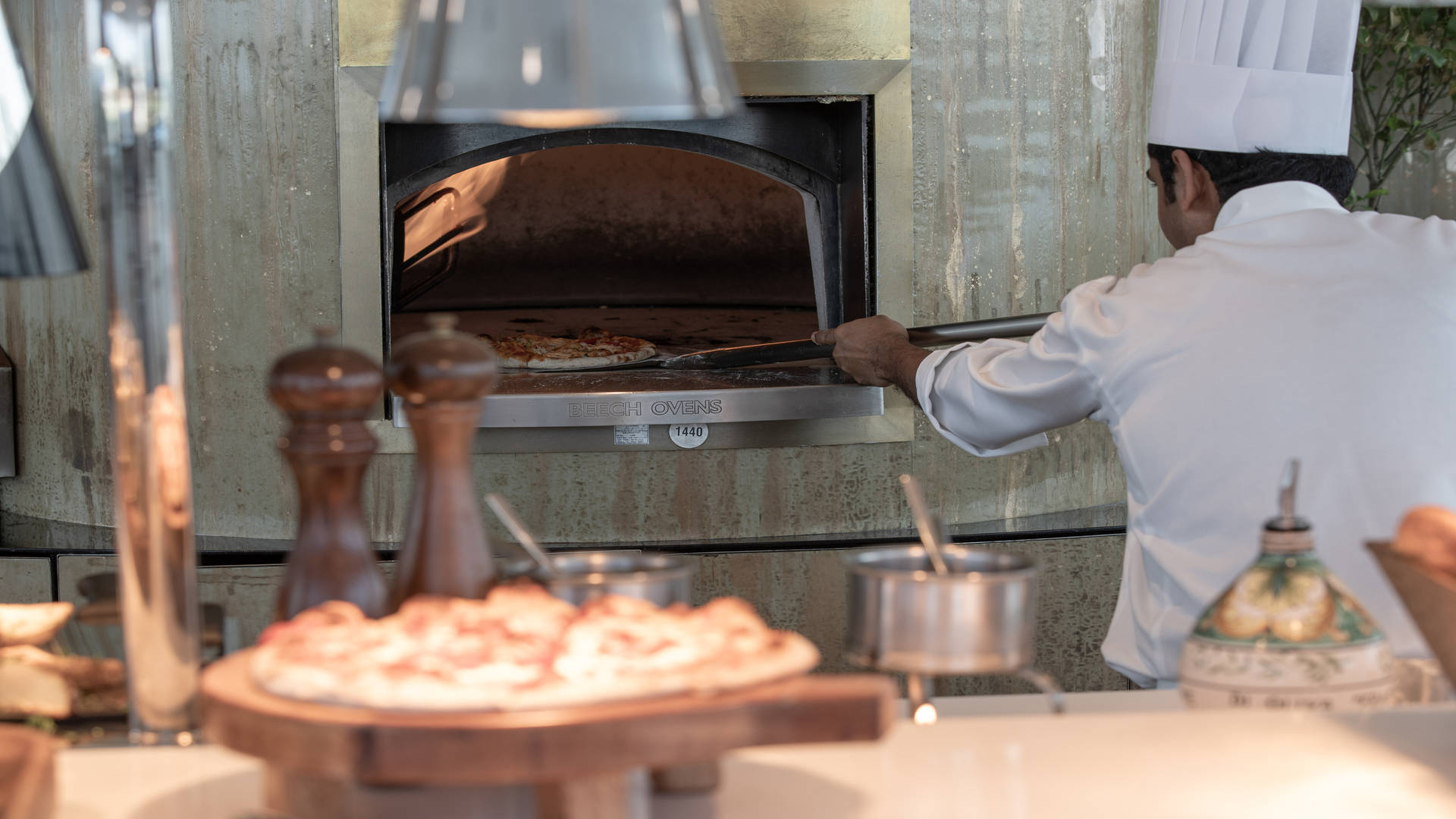 Enjoy an exclusive tour, Inside Burj Al Arab, to discover more about architectural design before experiencing the best of international dining.