WanderlustTake a virtual art tour around the world

From the Art Suite in Capri Palace Jumeirah, Italy – which honours three of the 20th century’s greatest artists – to the lobby of Jumeirah Port Soller Hotel & Spa in Mallorca, adorned with paintings by Sóller local Toni Garau, it’s time to get your culture fix in our hotels and residences around the world.

Dubai’s architectural landmark, the Burj Al Arab, commissioned the British abstract artist Louise Duggan to create nine works of art in golden tones to emulate the hotel’s aesthetic. Around 1,790sqm of 24 carat gold leaf was used to embellish Burj Al Arab’s interior and 10 million mosaic tiles in shades of azure and gold line the two pools at The Terrace. One of Duggan’s most impressive works can be found in the VIP lounge, a large canvas dripping with lines of yellow, red, blue, green and gold paint. Discover more about the latest artistic happenings at the city’s iconic hotel.

In 2016, Emirati artist Mattar Bin Lahej was commissioned to create evocative artwork to welcome guests to Jumeirah Al Naseem. When you check-in, you’ll see his beautiful canvas depicting two blue galloping horses, elegantly framed by the hotel’s metallic arches. You can also see Bin Lahej’s striking caravan of steel camels at the hotel entrance along with other paintings and sculptures dotted across the property. To discover more of his artworks, head to the Mattar Bin Lahej Gallery, just a short drive away from the hotel. 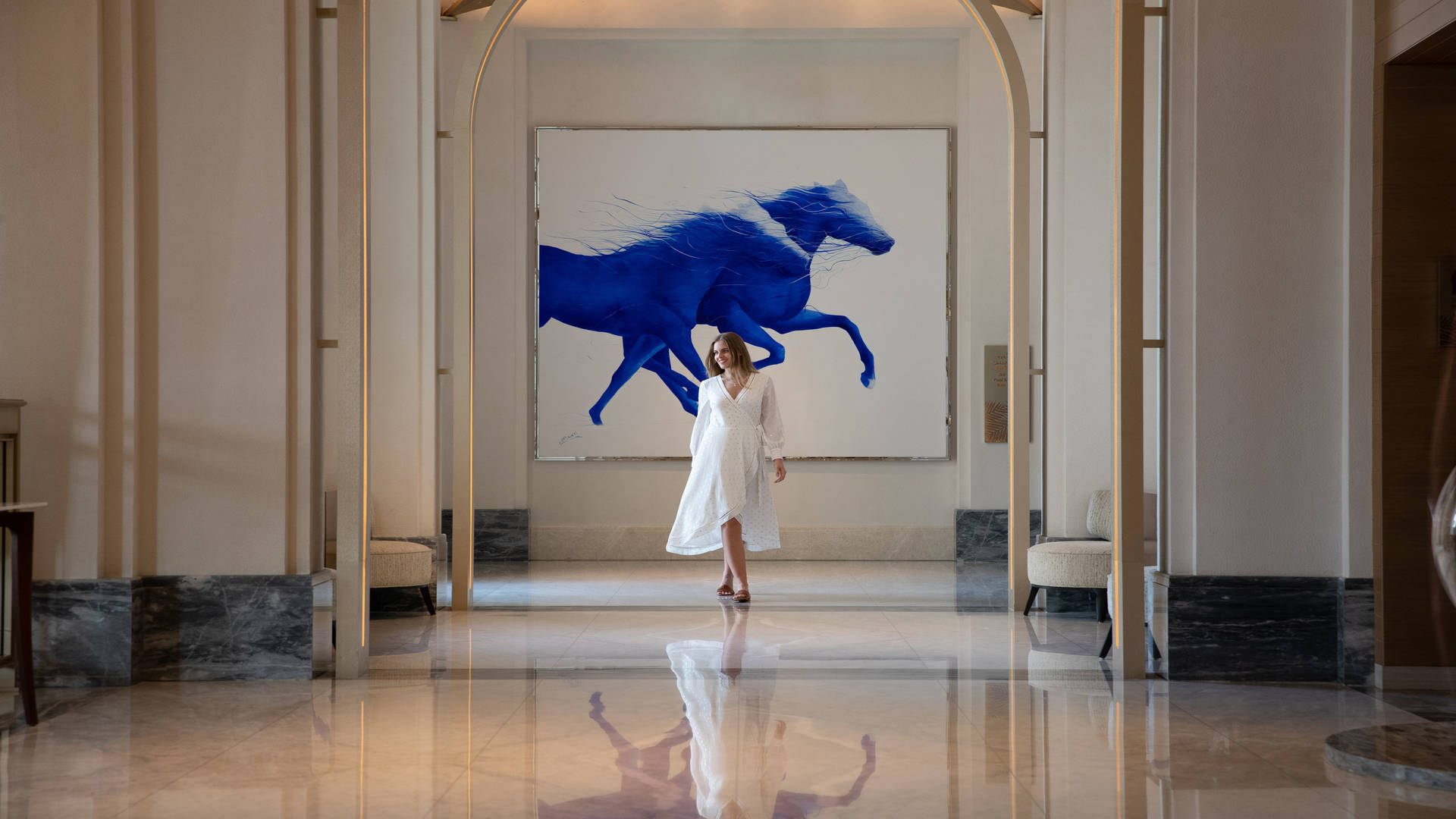 In an effort to nurture Dubai’s evolving artistic spirit, Jumeirah Creekside Hotel commissioned The Art Collection to ensure the hotel remains deeply connected to the region’s vibrant cultural heritage. The 482 works across the property are curated by Camelia Esmaili, founder of L’Atelier Camelia which brings together the best established and up-and-coming artists. Featuring paintings, sculptures, mixed media and video installations, works by 51 artists are creatively integrated into the hotel’s design. Jumeirah Creekside Hotel’s Artist Residency Programme launched in April 2021 to help further Dubai’s vision of establishing itself as the Middle East’s hub of contemporary art. It provides an inspirational setting for creative minds from all over the world to advance their skills through dedicated spaces, enhanced visibility and endorsement. The residency gives artists an opportunity to exhibit their works alongside other outstanding talent from the region. 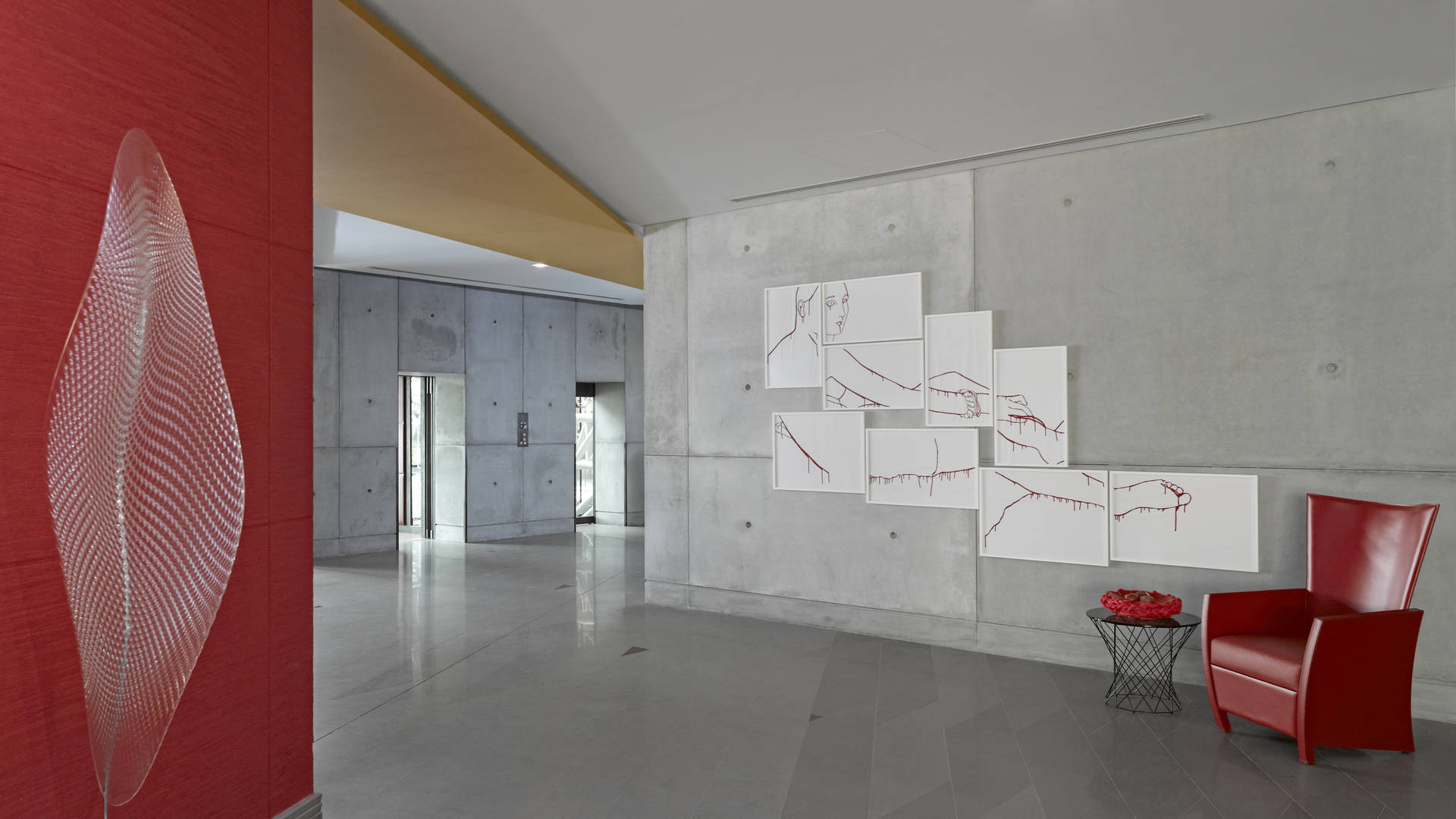 Step inside a world inspired by the Ottoman empire at Jumeirah Zabeel Saray. Featuring fascinating works by over 45 Turkish artists, the property will transport you to the golden age of opulence and elegance. Sleek marble floors are met with handcrafted murals and elegant chandeliers, with over 100 valuable artworks waiting to be admired. Over a period of 9 months, the renowned Turkish artist, Ismail Acar along with a group of 22 art students created these artworks which feature Ottoman architecture and other design features of the era such as the beautiful kaftan, a piece of clothing adored by the Sultan.

A stay at Jumeirah at Saadiyat Island Resort is filled with artistic surprises. On arrival, you will be greeted by a hand-blown Bohemian crystal chandelier in the lobby, weighing an impressive 2,000kg and created to honour the opal and azure shades of the sea. The resort’s lighting, artworks, textiles and landscaping are inspired by the graceful movements of the Arabian Gulf and the island’s breath-taking panoramic views. The property’s interiors are curated to harmoniously blend in with the mangroves, turtles and dolphins of the region, allowing guests to truly reconnect with themselves and with nature. 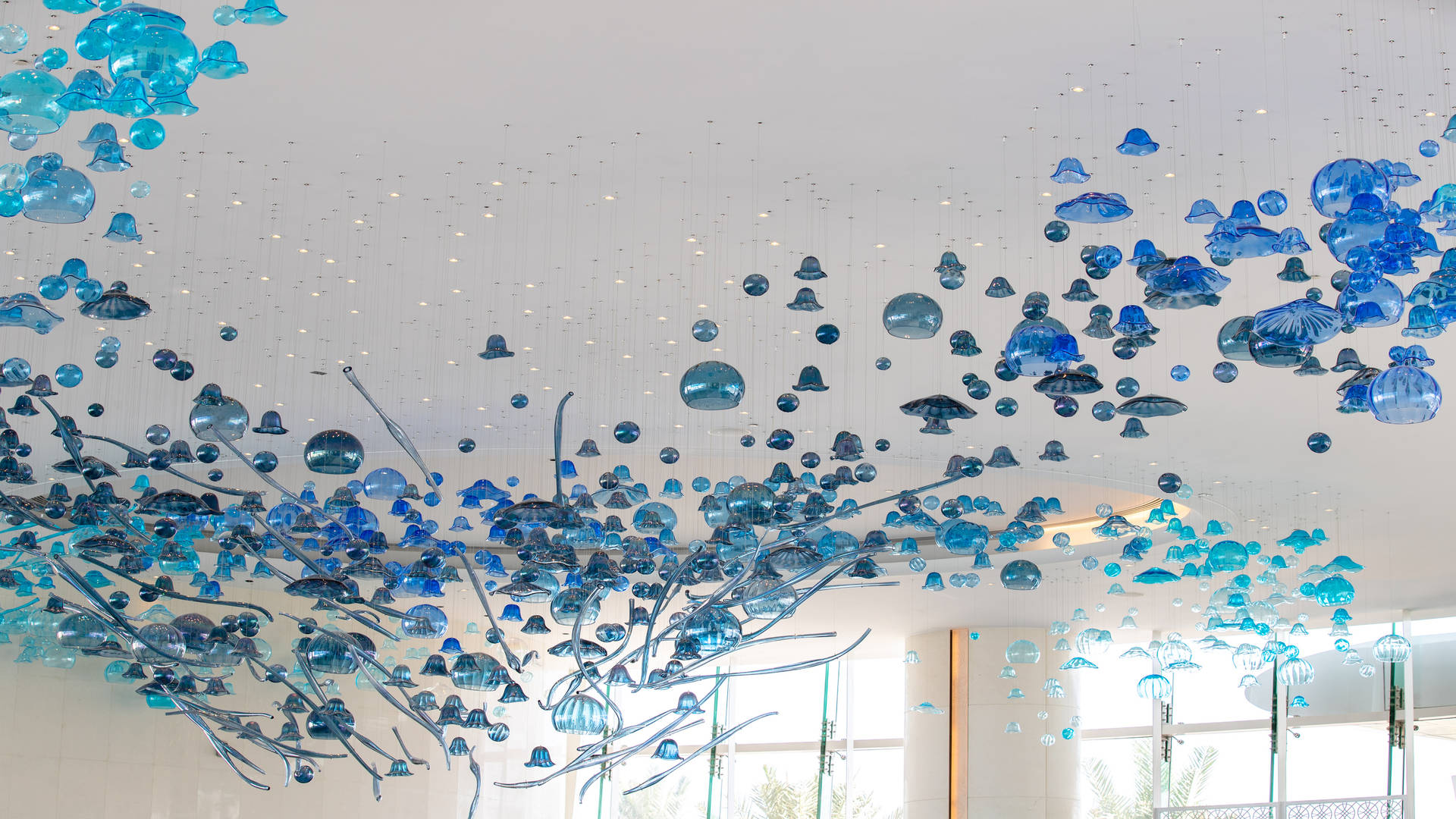 Capri Palace Jumeirah enjoys panoramic views of the Gulf of Naples and an impressive collection of modern art. The walls of the Art Suite are lined with works honouring three of the 20th century’s greatest artists – Wassily Kandinsky, Piet Mondrian and Joan Miró. There are also other remarkable pieces of art throughout the hotel that belong to the hotel’s The White Museum, including a helmet sculpture by Mimmo Paladino next to the hotel’s main entrance from the Castel dell’Ovo fort in Naples and a Giorgio De Chirico painting near the reception desk, as well as mosaics by Velasco Vitali lining the swimming pool. 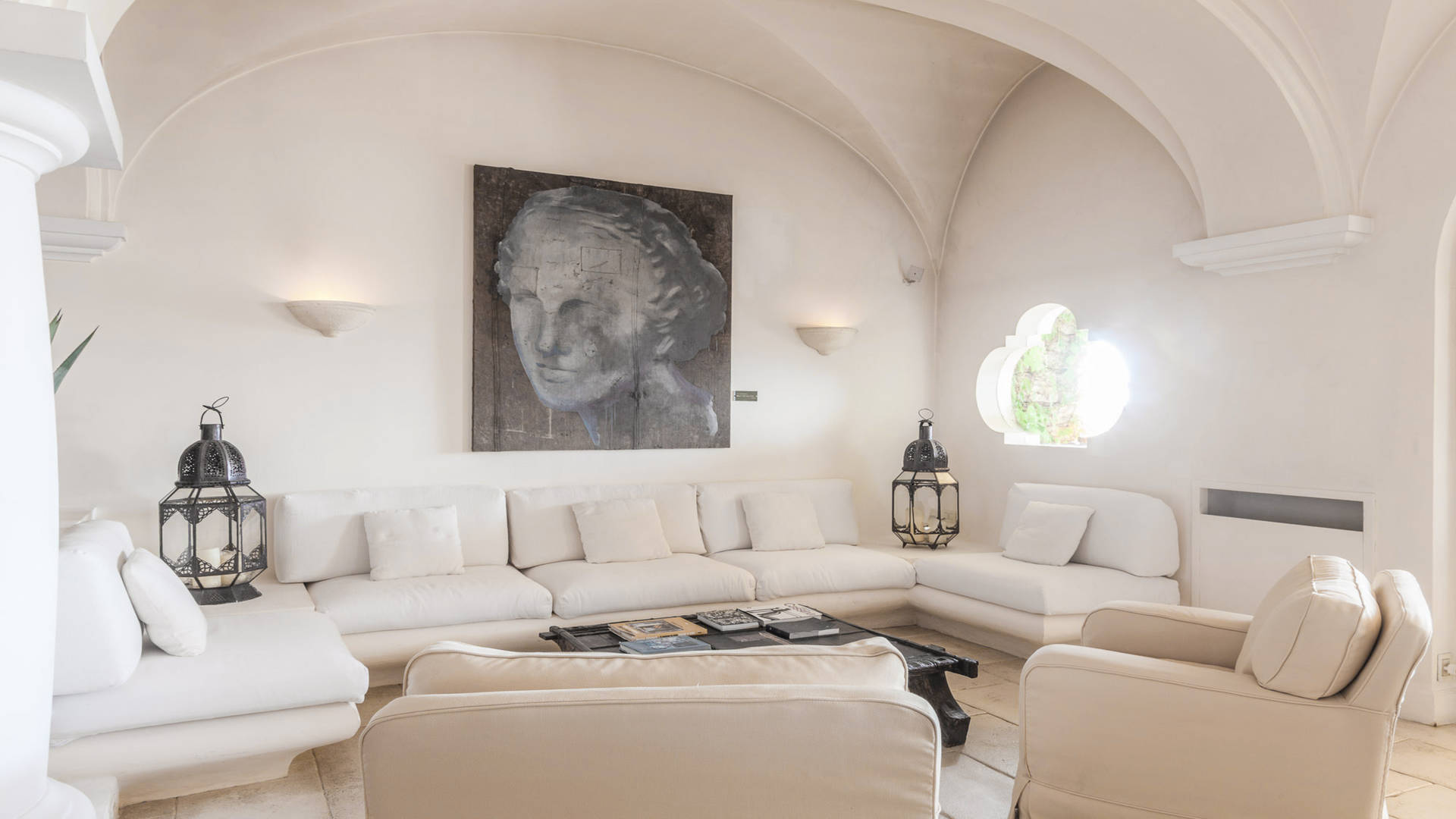 Escape to our clifftop retreat Jumeirah Port Soller Hotel & Spa perched high above the port, on the edge of the Serra de Tramuntana, and you’ll discover 400 site-specific works by 17 artists from the neighbouring Balearic Islands. Mountain-facing rooms display art depicting the ocean and sea-facing rooms feature work that illustrates the mountains. The hotel has also partnered with Drew Aaron’s Gallery Red in Palma to fill the lobby with paintings by the Swiss artist Evelyne Brader-Frank and the Sóller artist and graphic designer Toni Garau. 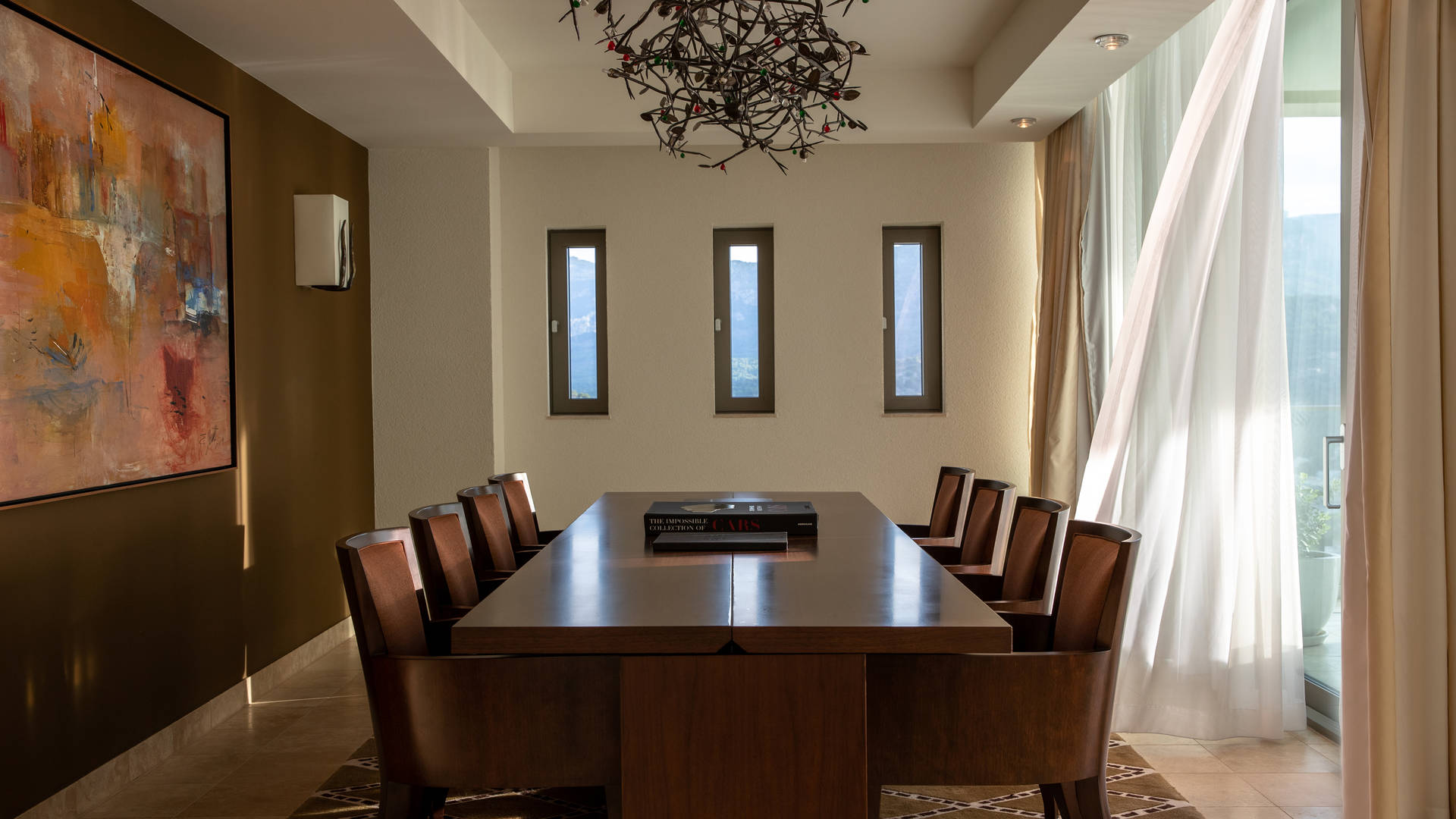 Discover captivating works of art right at your fingertips when you stay at Jumeirah’s Hotels and Resorts.