DiningMeet some of the world’s most renowned chefs

The masterminds behind our exceptional restaurants tell us their story and creative inspirations. Discover how they create their signature dishes and bring flavours from all over the world to Madinat Jumeirah.

Born in Pompeii, near Naples, Roberto Rispoli began working at a family fish restaurant when he was 15. He honed his culinary skills in Michelin-starred restaurants under the tutelage of Alain Ducasse in Tuscany, then later in Paris. Rispoli now serves Greek dishes such as sea bass drizzled in Greek honey and citrus, and ktipiti – a feta and yoghurt dip with red and green peppers and pine nuts – at Jumeirah Mina A’Salam’s beachside restaurant Shimmers. 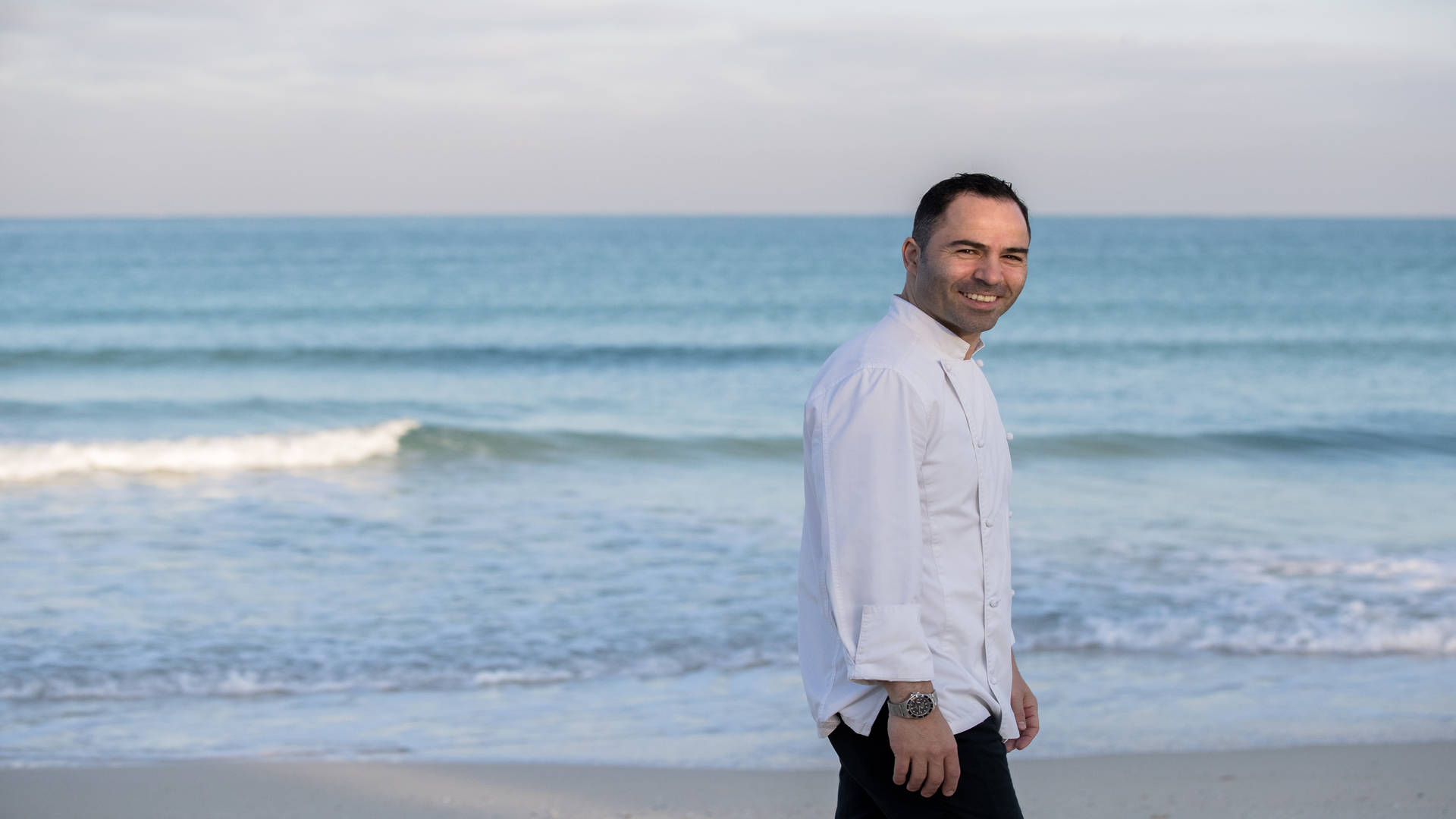 Celia Stoecklin started her career with a two-year apprenticeship at The 7th Continent, a Michelin-starred restaurant in eastern France. Stoecklin later took on a role at the three Michelin-starred Guy Savoy in Paris, which was voted the world’s best restaurant – again – by La Liste guide in 2022. In 2021, Stoecklin was nominated as one of the Middle East’s 30 best chefs under 30. She now creates innovative seasonal dishes and has played a key role in designing French Riviera’s menu.

Having worked with the Michelin-starred French chef Joël Robuchon for more than a decade, Kim Joinié-Maurin brought a wealth of experience to Madinat Jumeirah. He grew up in France where he was exposed to different cultures, so he was drawn to Dubai’s multiculturalism. At Jumeirah Al Qasr’s French Riviera, Joinié-Maurin transports guests to the south of France with a menu that includes truffle pizza and caramelised onion tart with Parmesan ice cream. 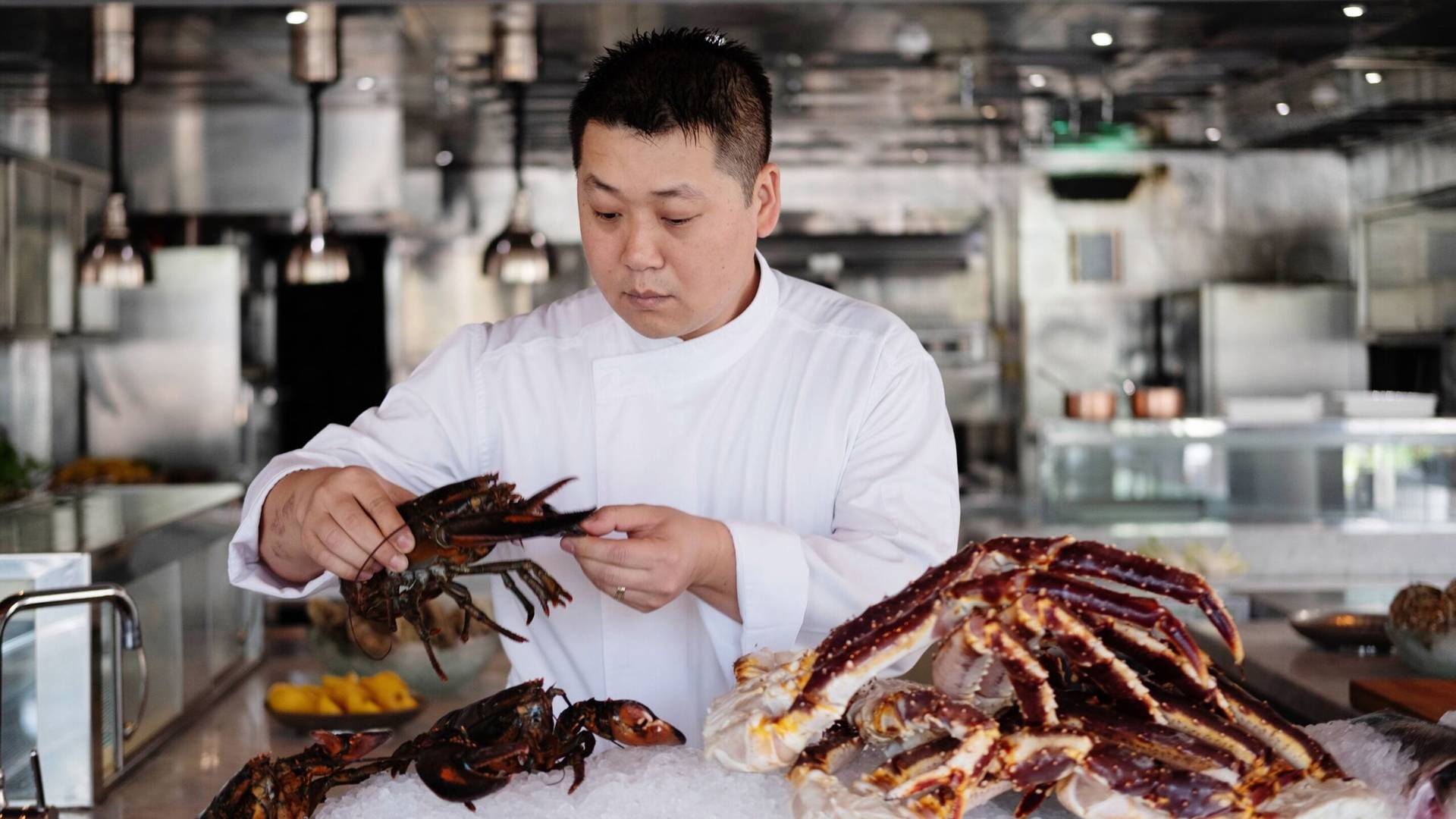 Born in Sarnico in the Italian region of Lombardy, Marco Acquaroli has worked in five-star hotels and Michelin-starred restaurants across Europe, Africa and the Middle East. Now at Jumeirah Al Naseem’s Mediterranean seafood restaurant, Rockfish, Acquaroli serves dishes such as veal chop Milanese and tortelli pasta stuffed with ricotta cheese.

Cristian Goya’s grandparents sailed from Japan to Argentina with no belongings and Goya was sent to Japan every summer, so he’s influenced by both countries. As a child, Goya was responsible for cooking for his family, and has fond memories of family barbecues. He has worked in renowned restaurants and hotels in Los Angeles, Paris and Geneva. Jumeirah Al Naseem’s Kayto serves Japanese-Peruvian fusion dishes inspired by Goya’s background such as Wagyu beef tacos and grilled octopus in an Anticucho garlic sauce with corn foam. 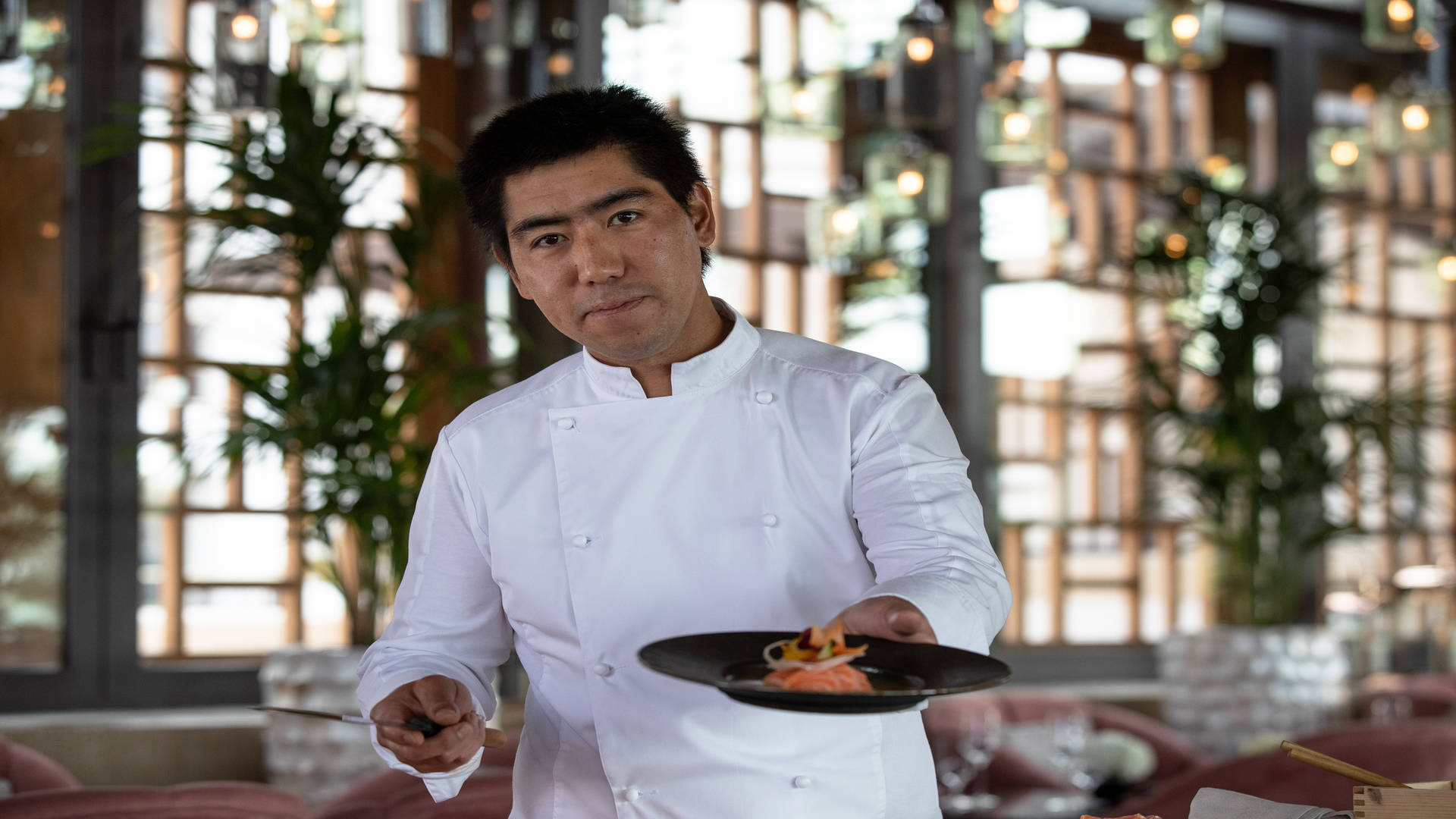 Remy Marquignon started his career as a demi chef de partie in a Michelin restaurant in a five-star hotel before going on to work for other Michelin-starred restaurants in Paris. Marquignon now serves dishes such as roasted langoustines with lemon mustard at Jumeirah Al Naseem.

Julien Jacob was born and raised in Pierrelatte, a picturesque town in southeastern France, and kick-started his career at Philippe Rigollot Pâtisserie in Annecy, clinching the prestigious title of Meilleur Ouvrier de France – One of the Best Apprentices in France – a competition that attracts 6,000 entrants a year. He later worked at the pâtisserie Christophe Roussel, where he managed 20 pastry chefs. He is now a pastry chef at Jumeirah Al Naseem.

Born in Palazzolo sull’Oglio in the Lombardy region in northern Italy, Alberto Ghilardi ventured into the culinary world in 2012. Ghilardi completed a one-month internship at Dispensa Franciacorta in northern Italy with Vittorio Fusari before landing a job at Giancarlo Perbellini’s two Michelin-starred restaurant Casa Perbellini. He later worked with Michelin-starred chefs Federico Belluco for four years. Ghilardi moved to Dubai in 2021 and is known for his innovative use of the region’s ingredients as a sous chef at Rockfish.


Our award-winning chefs will ensure you experience inventive ingredients and unfamiliar cooking techniques when you dine at Madinat Jumeirah.