Discover the sociable little dishes that are perfect for sharing

Dining
A new vision for gastronomy at Jumeirah
dining
Are these the four best restaurants in Dubai?
Dining
Culinary adventures for food lovers
Dining
Dine around the world in Dubai
Dining
A life in gastronomy

Mezze, or meze, first hit the history books around the time of the Ottoman Empire, but unlike the former super-dynasty, these little finger food dishes have stayed around for good. Fast-forward to today, and tiny sharing plates are popping up all over the world; while traditional mezze is a staple in the Balkans, the Middle East and the Arabian Peninsula, different countries and cuisines have invented their own mezze variations, from tapas in Spain to the antipasti sharing platters popular in Italy.

Food and flavour lie at the heart of mezze dining, but it’s the experience of a table socialising over little plates of food that’s so integral to this universally loved dining culture. There are plenty of staples that pop up on a traditional Middle Eastern mezze menu. Small sharing starters at many restaurants will typically include classics like hummus, Batata Harra – the fiery chilli potato bites that literally translate to spicy potatoes – and the signature aubergine appetiser, Baba Ghanoush. As mezze can be quite heavy on the meat, any veggies keen to have a taste of the local culture should try the vegetarian version of ‘Warak Enab’ – rice and tomato-stuffed vine leaves. There’s also the popular Middle Eastern salad, fattoush, which tends to crowd-please with its delicious mix of vegetables, herbs and toasted bread. 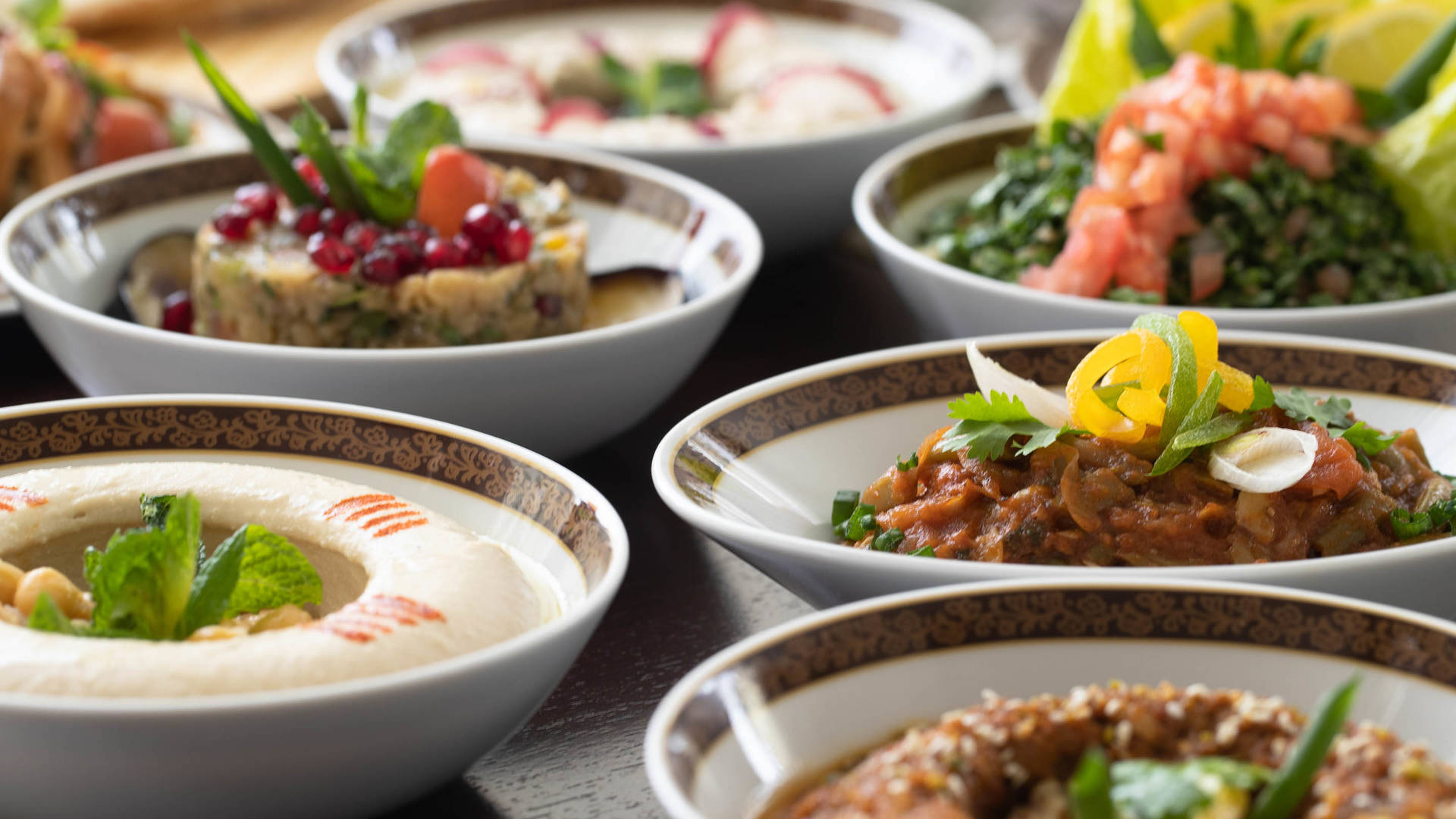 You’ll find lots of Middle Eastern mezze classics in most of our hotels’ Lebanese and Arabian restaurants. In Dubai, Al Iwan at Burj Al Arab promises Arabesque mezze with a difference, while across at Jumeirah Zabeel Saray’s Al Nafoorah, the focus is on high-end Lebanese mezze in a beautifully ornate dining setting. You can expect all the perfectly prepared traditional signatures, as well as delicious little appetisers that come with a Jumeirah twist. It’s not just our Dubai hotels that serve up a mezze menu. In Kuwait, Arabian-focused Arabesque at Jumeirah Messilah Beach Hotel & Spa promises a mezze dining experience of tradition and innovation. Head over to Frankfurt and the Jumeirah Frankfurt’s El Rayyan Lebanese restaurant serves up authentic cuisine with a side order of live belly dancing. 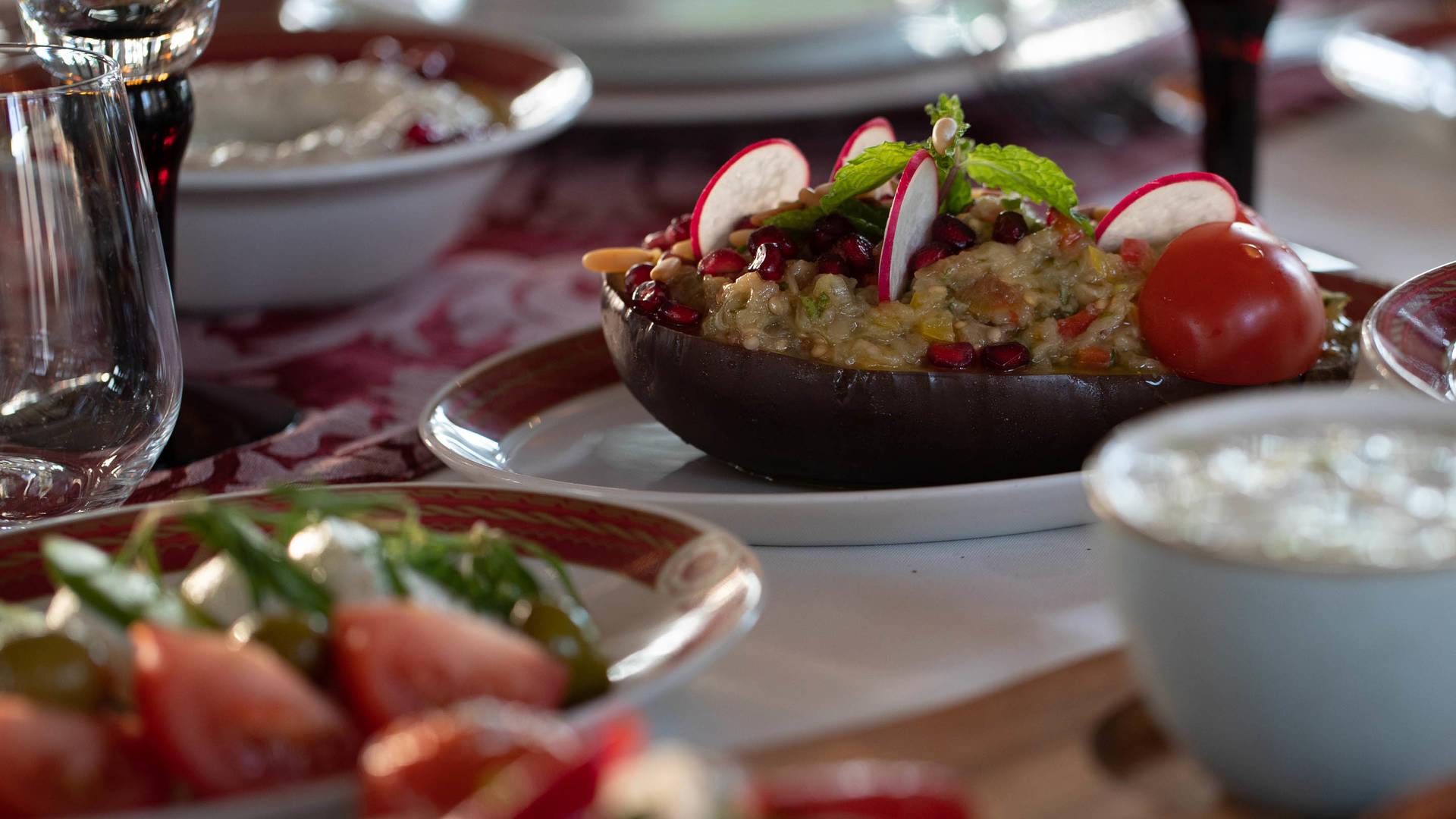 For something a little different, have a taste of the little mezze dishes on the menu at Summersalt. Our beach club at Jumeriah Al Naseem has revamped these small plate appetisers and delivered fusion-focussed mezze that goes beyond the traditional staples of a Middle Eastern mezze. Explore a tasty selection of little hot and cold plates like the Spanish octopus and fried siracha-dressed aubergine or the dressed Dungeness crab salad and little Italian-influenced truffle pizzettas. 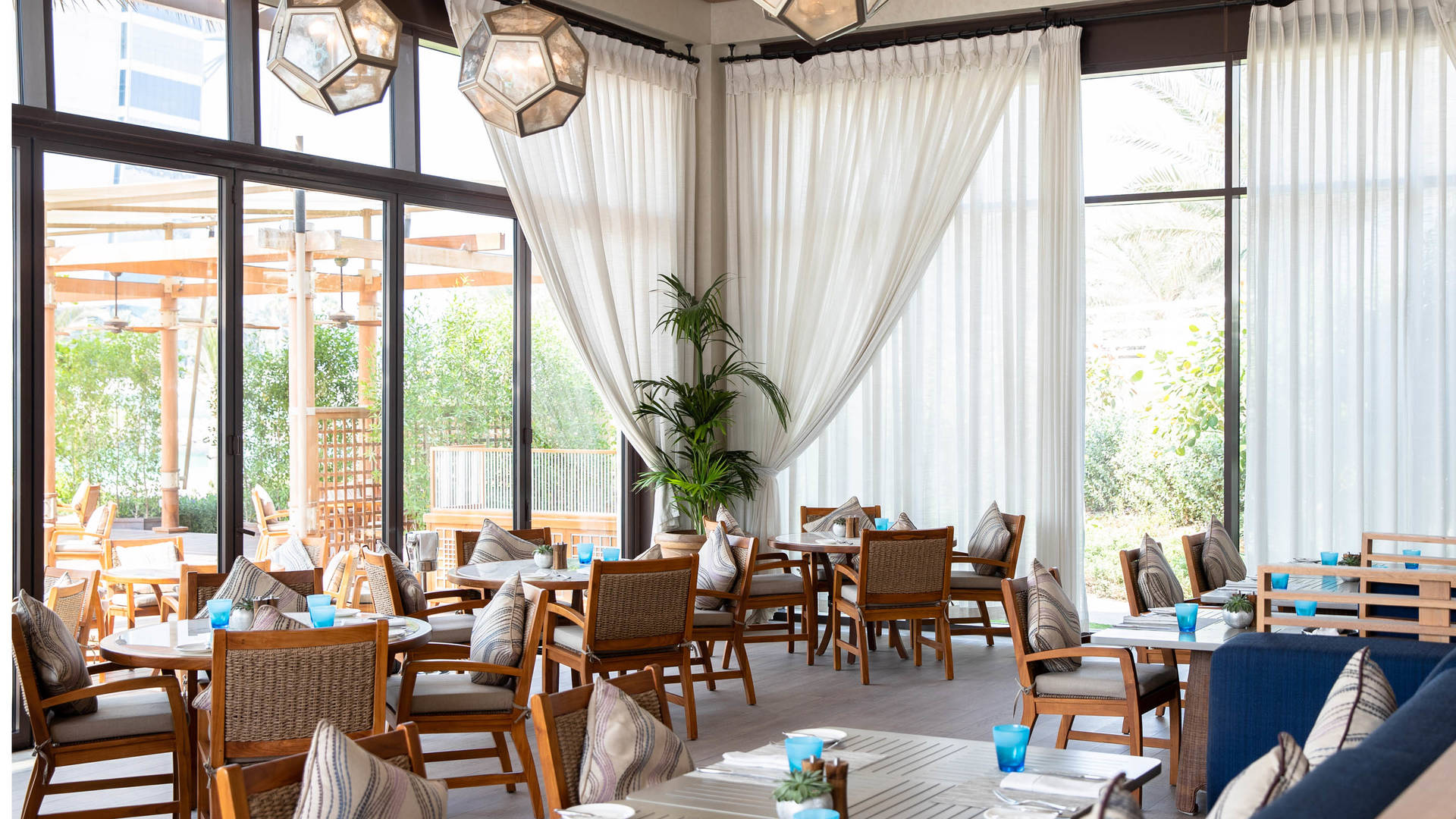