DININGSpotlight on the chefs at Jumeirah Zabeel Saray

Meet the chefs behind our extraordinary dining experiences 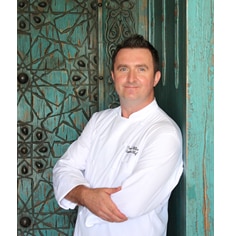 Chef Daniel Hillier is a culinary connoisseur with an impressive experience of more than 25 years in kitchens in London and Dubai. A British national, Daniel started his culinary journey in the UK, gaining early experience in eclectic independents before moving on to the more prominent spots. He has since made a name in the Michelin starred restaurants of fashionable London neighbourhoods like Covent Garden, Mayfair and Belgravia.

A curator of delightful culinary concepts for food aficionados, he has remixed menu designs with the likes of Simon Shaw, the Galvin Brothers, Anthony Dmitri and Thomas Keller. Daniel was the Head of Development for the world-famous retail destination, Harrods, before making his way to Dubai where he has served as the Executive Chef for Jumeirah Beach Hotel and Wild Wadi Waterpark™. Here, he has successfully managed diverse food concepts as well as assisting with new hotel openings. 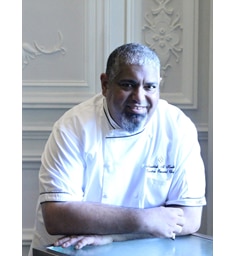 Musabbeh’s colourful culinary career started after a seven-year service in the United Arab Emirates Army. He joined the Jumeirah Group in 2006, working at Jumeirah Beach Hotel for three years and, before he joined Jumeirah Zabeel Saray in 2011, Musabbeh was known for his Ramadan cooking shows on Kuwaiti Channel Al Rai TV and Sharjah TV. He still presents various TV shows and cooking demonstrations across the region including UAE culinary programmes for Jumeirah in the USA.