From grottos and wonderlands, to alpine ski slopes and free-flowing feasts – spending the festive season in glorious Dubai is the ultimate seasonal break

It’s a getaway that glitters with more sand than snow – but this glamorous city on the edge of a desert is still a worthy contender for any festive escape. Ringing in the most wonderful time of year with some serious dazzle and style, Dubai reinvigorates those age-old traditions with a little bit of sparkle, extravagance and sun-soaked festive cheer.

A different kind of white Christmas

You’re not going to stumble across a magical alpine forest – and it’s very unlikely you’ll hear sleigh bells in the snow – but take a brilliant blue sky with a small scattering of cotton wool clouds and suddenly the lack of traditional backdrop seems very insignificant. Instead of a snow-studded whiteout, it’s all about the dazzlingly white sand of Dubai’s beaches. With tan-inducing temperatures averaging 26 degrees in December, there’ll be plenty of heavenly winter rays to soak up. You might be celebrating the holidays in the desert, but this is still a city which dresses up in all its Christmas finery. From giant 20-foot Christmas trees to Bavarian-inspired festive markets, there’s a wonderful smattering of North Pole delights scattered throughout the city. Dubai’s Festival City Mall becomes a wonderfully wintery setting in December, with artisan stalls, a Santa’s grotto and even a tree lighting ceremony each evening. If you’re looking for a proper winter wonderland, head to the German-style Christmas market at Madinat Jumeirah. Combining Dubai’s gorgeous winter weather with the best of Europe’s Christmas traditions, you can decorate your own gingerbread house, take a ride on the North Pole train, or simply let loose in the giant snowball fight zone.

If you’re missing the idea of a white Christmas, schedule in a session at Ski Dubai. Home to the first indoor ski area in the Middle East, this wintery snow park brings plenty of festive fun to the table, and it’s all part of the Mall of the Emirates, for a little gift shopping afterwards. Expect real snow and at least five slopes to explore, alongside giant zorbing balls, Après Ski-style fondue, indoor ice caves and even a colony of resident King Penguins. 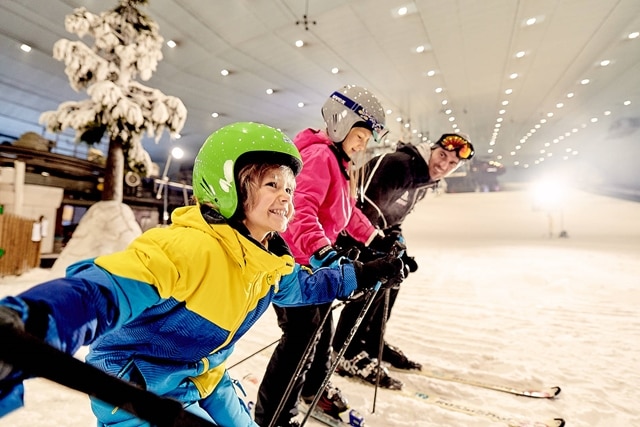 The best of the festive feasts

It’s a city that’s known for its love of all things indulgent, so expect lots – and we mean lots – when it comes to those decadent festive feasts. Whichever Jumeirah property you’ve chosen, you can expect style and elegance in abundance – there’ll be festive entertainment and plenty of free-flowing celebratory bubbles alongside traditional holiday dishes, seasonal twists and sweet treats. Once you’re feeling the festive fatigues start to come on, simply head to the pool and work off all those excess calories. 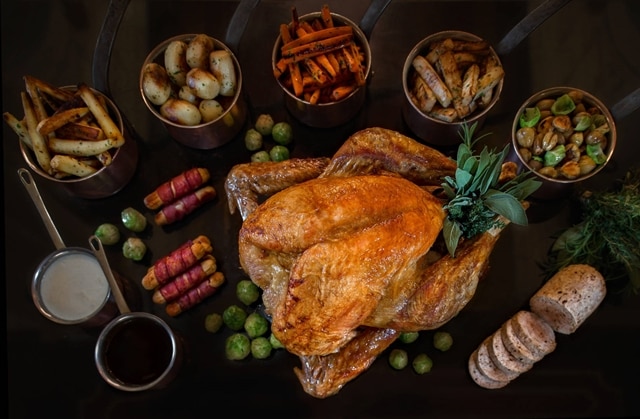 Firework festivities at New Year are really at their best in Dubai – with a stand-out skyline and incomparable ocean views, it’s one of our favourite spots to ring in the new year. Plenty of firework displays take over the city’s skies as the clock hits twelve. Head along to the Dubai Fountain’s waterfront to see the Burj Khalifa explode into colour or celebrate the New Year in with style beside the illuminated sail of Burj Al Arab. 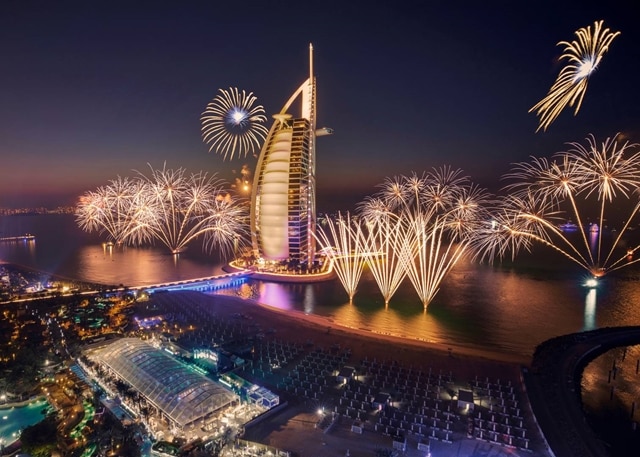 Spend the festive season this year in one the Jumeirah properties in Dubai, from the waterfront Jumeirah Beach Hotel to the elegance of Burj Al Arab it’s going to be unforgettable.