Activity A traveller's guide to coffee and tea around the world

The much-loved afternoon tea tradition was invented by the seventh Duchess of Bedford, Anna Maria Russell, in around 1840, and by the Victorian era, it became heavily ingrained in British culture. Coffee, meanwhile, used to be used to aid religious rituals but became a worldwide commodity in the 1800s. A cup of tea or coffee is full of history and offers a moment of respite, especially when enjoyed amid Jumeirah’s dream-like interiors.

Herbal tea has so many health benefits and has been used for millennia, with one of the most popular blends being green tea. High in antioxidants, it helps burn body fat, might stunt the growth of some cancers and improves cholesterol levels. Chamomile tea is also extraordinarily healthy, as it can provide relief for insomnia and helps prevent complications from diabetes. When staying at The Carlton Tower Jumeirah, guests can choose from a wide selection of herbal teas at The Chinoiserie, including Gyokuro Kansai, which is a green Japanese tea composed of fine, emerald-green buds.

Black tea originates from China, and was discovered in the 17th century. It comes from the camellia sinensis plant and is enjoyed around the world as a less-caffeinated alternative to black coffee. Among its health benefits are that it promotes healthy gut bacteria, reduces blood pressure and is high in antioxidants. Enjoy a cup of black tea at Sultan’s Lounge at Jumeirah Zabeel Saray, paired with the most delicious Middle Eastern delicacies created by award-winning master pâtissier George Anachorlis.

Serving Arabic coffee is a key part of Arabic culture and a ceremonial act of generosity. It is traditionally made by lightly roasting coffee beans in a shallow pan over an open fire, before being pounded in a copper mortar. Al Samar Lounge in Jumeirah Mina A’Salam’s lobby in Dubai is the perfect setting to savour an Arabic coffee alongside freshly baked brioches, while listening to soothing live music. You also have a selection of freshly brewed coffee to choose from at Sultan’s Lounge at Jumeirah Zabeel Saray, from flavoured Turkish coffee with cardamom, chocolate and cinnamon to gold cappuccino or espresso macchiato. 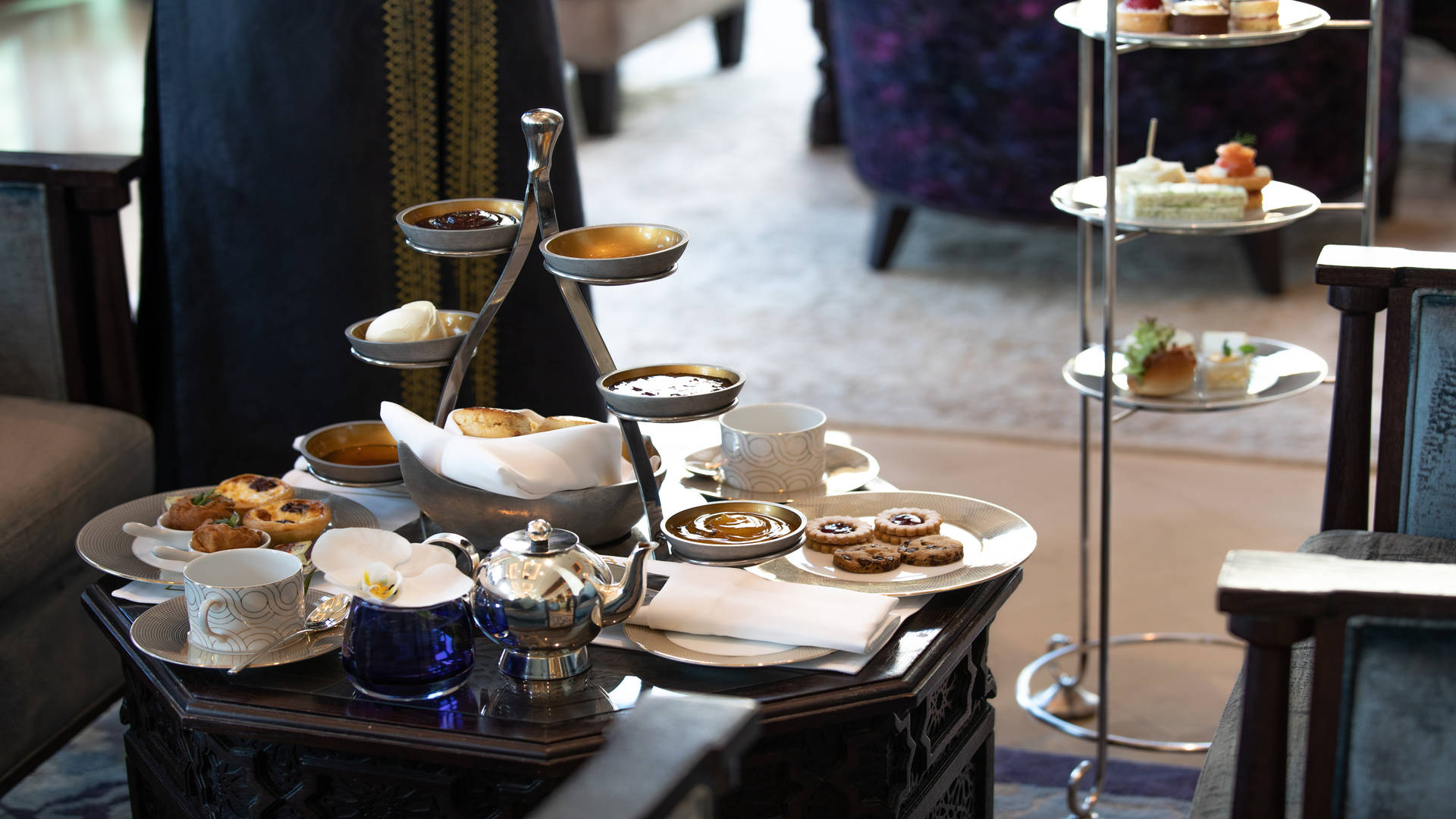 The purest distillation of the coffee bean, an ‘espresso’ is made by forcing hot water over coffee grounds to create a deeply concentrated coffee. It was invented in Italy, with entrepreneur Angelo Moriondo of Turin having been granted a patent in 1884 for new steam machinery (known as the first espresso machine). After a day exploring the beautiful island of Capri, order a ‘caffè’ or espresso at Bar degli Artisti at Capri Palace Jumeirah. Enjoy this Italian ritual as a pick-me-up during the afternoon or after a meal.


Savour the most exquisite tea and coffee when you stay at Jumeirah’s hotels and residences.