You can book the world’s most luxurious facial…

This exclusive 24-carat gold chain mail facial, in association with Margy’s Monte Carlo is priced at AED 25,000 ($6,800) and available at the award-winning Talise Ottoman Spa. Oh and it also includes an Arabian gold Hammam, a rose bliss and argan oil massage followed by a luxurious skin softening milk and bath. If this doesn’t leave you feeling positively radiant, nothing will.

The spa is the largest in the Middle East

It’s approximately 8,200 square metres, located over two levels, with three separate areas –  one for women, one for men and one for couples located on the VIP floor (M Level). There are 42 treatment rooms, three hammams, two indoor sea water pools, and four outdoor Asian inspired cabanas.

Known as the Iklik Hammam, it includes treatment suites for couples, saunas, whirlpools, showers, changing areas, majlis, Jacuzzis, steam baths and relaxation lounges. Fit for a Sultan, this is the ultimate spa within a spa.

The Nazar Boncugu, or ‘evil eye bead’ is a symbol and charm prevalent in Turkish culture and one that has a subtle presence at Jumeirah Zabeel Saray. Historically, the blue glass bead was worn by people to protect them from evil looks, it is also said to deflect negative energy. All guests are welcomed with the Nazar above the hotel’s main entrance, as a symbol of hospitality and hotel’s Ottoman heritage.

The lobby is extremely impressive

Did you know it was used for the filming of Tom Cruise’s Mission: Impossible Ghost Protocol? Prior to the hotel’s opening in January 2011, the hotel hosted 450 crew and a cast of 250 for three days of filming and was the location for the impressive “black tie” scene. 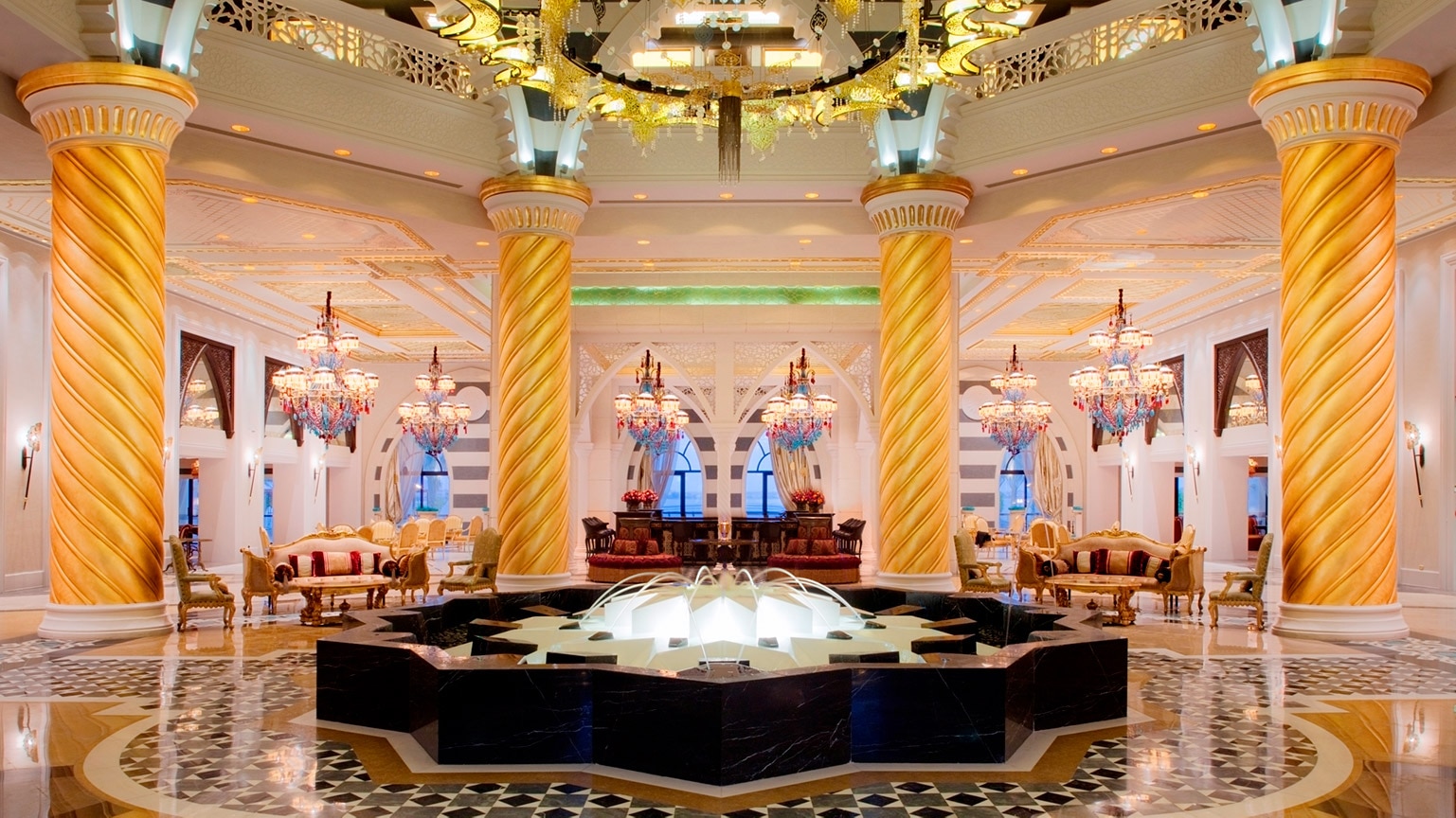 The striking main chandelier suspended over the fountain is one of 165 fittings that illuminate the interiors of the hotel. Each one is a reproduction of pieces that adorn the Dolmabahçe and Topkapi palaces in Istanbul.

This was crafted by Turkish tradesmen and sourced from Afyon and Kutahya, two mountainous cities in Turkey. 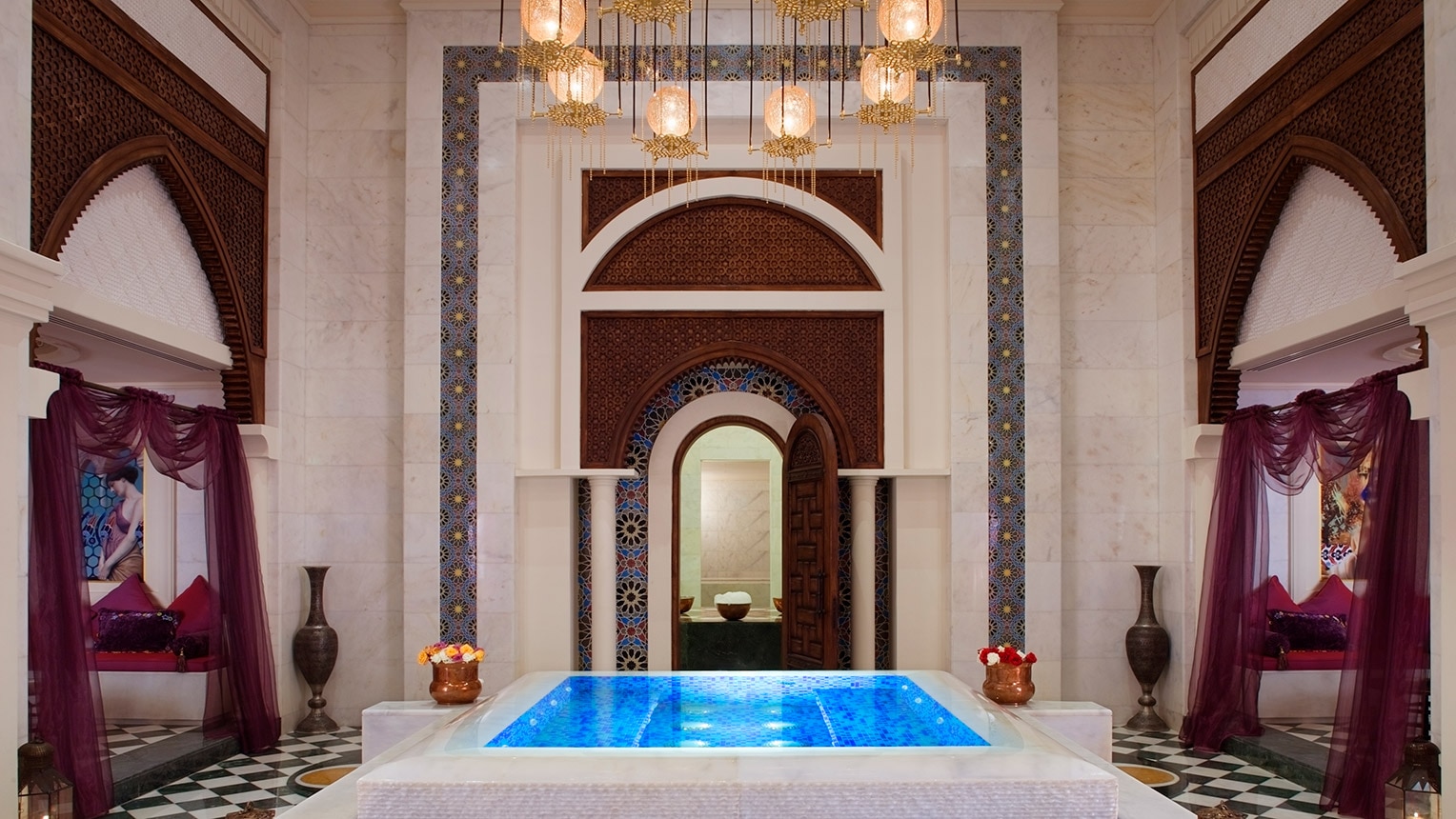 The main corridor is 200 metres long

And houses nine restaurants including British, Lebanese, Turkish, Indian and Mediterranean cuisine – so you can eat like a king.