Wanderlust
Romantic retreats: couples’ activities in Bali
Activity
Best snorkelling spots in Bali to see incredible marine life
Travel Guides
The A to Z of Bali
Wanderlust
Bali’s most atmospheric temples
Activity
Bucket list holidays to book in 2022
Wellness
How Jumeirah can help you achieve your fitness goals
An elegant haven that’s based on a tranquil Javanese-Hindu water palace, the eye-catching indoor-meets-outdoor architecture at Jumeirah Bali – from the spacious villas to the tranquil pools – draws on the design aesthetic of ancient Indonesia’s Majapahit Empire.


A monument to the mighty Majapahit Empire

Much of Bali's fascinating history revolves around the rise of the Majapahit Empire – a long-established Hindu dynasty from the neighbouring island of Java, which expanded to the island following the marriage of a Javanese princess to a Balinese King in 1342.

The kingdom's architectural style was characterised by elegant pavilions that were used for bathing and socialising, terraced gardens and exquisite water pools. All of which would have been surrounded by grand city walls designed to protect the ruling elite. Much of these attractive structures remain today, in fact, Bali is sometimes referred to as a ‘living museum of this golden era’, and Jumeirah Bali takes inspiration from this style. 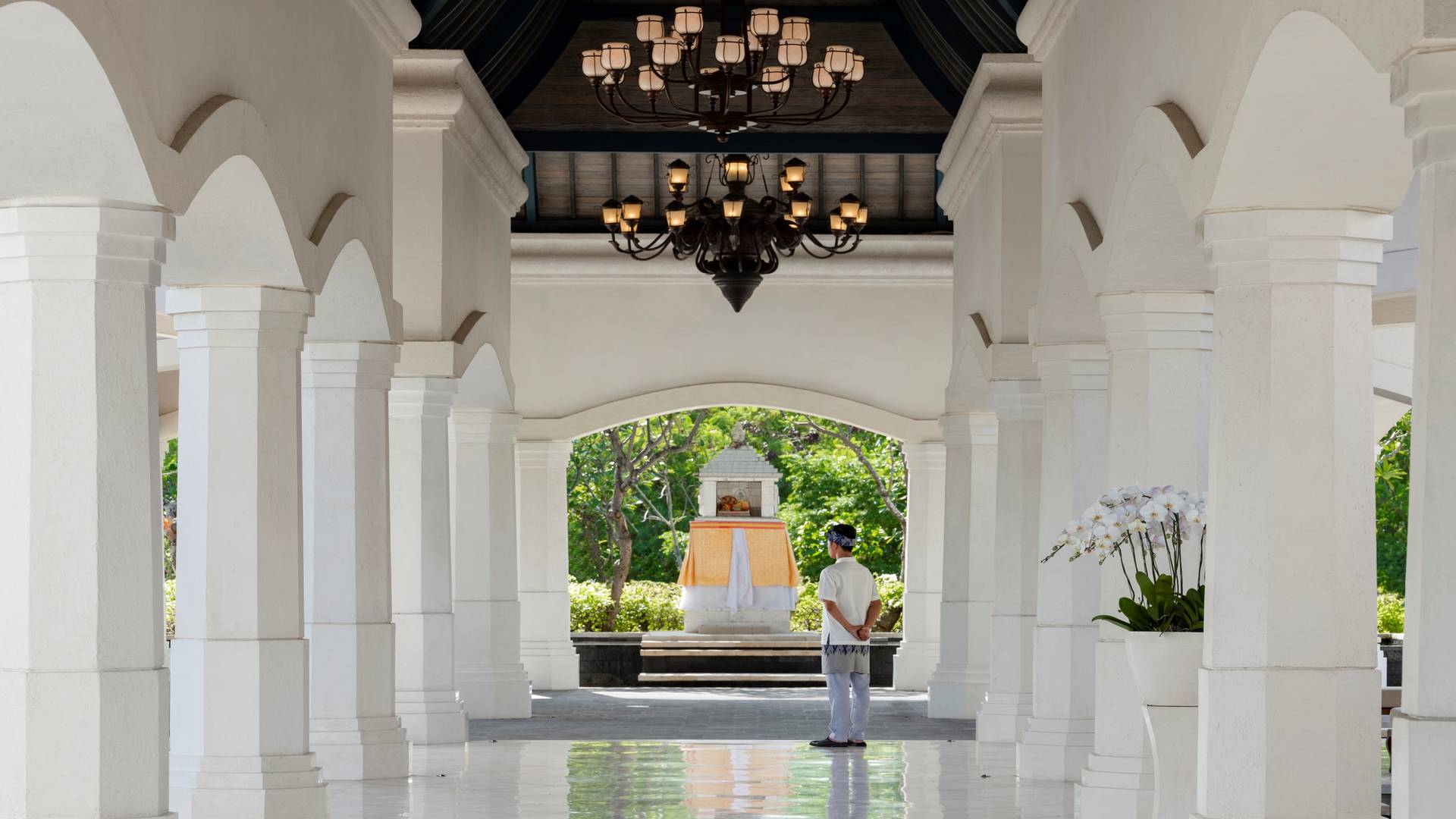 A celebration of culture

Incorporating traditional architectural elements of the Majapahit Empire, Jumeirah Bali has been designed to reflect a traditional Javanese-Hindu water palace. The result is a sumptuous sanctuary featuring three swimming pools, the largest of which represents Kolam Segaran, the legendary reservoir of Majapahit. From here, guests are invited to take in the views of Dreamland Beach and the Indian Ocean – from the turquoise waters that lap the white sands during the day to the fire-orange and purple sunset vistas that illuminate the sky as the sun sinks below the horizon.

Thanks to this focus on water features, guests of Jumeirah Bali’s 123 villas are never more than a few metres away from a stream or fountain, which are a design tribute to the traditional royal purification pavilions of the Majapahit Empire. Similarly, villas are flooded with natural light and each features a private pool and outdoor living area with an open pavilion so guests always feel connected to the property’s tropical surroundings, from the flower-filled gardens to the colourful fish pools.

Throughout the resort, local building materials, stone structures and intricate carvings inspire a sense of timeless elegance, where traditional architecture is combined with elevated comfort. The centrepiece of Jumeirah Bali is the Trowulan area which features spacious courtyards surrounded by columns and grand stone staircases, and the four-bedroom Royal Water Palace. Meanwhile, expansive Garden Villas overlook the classical replica ruins of the Majapahit Empire. 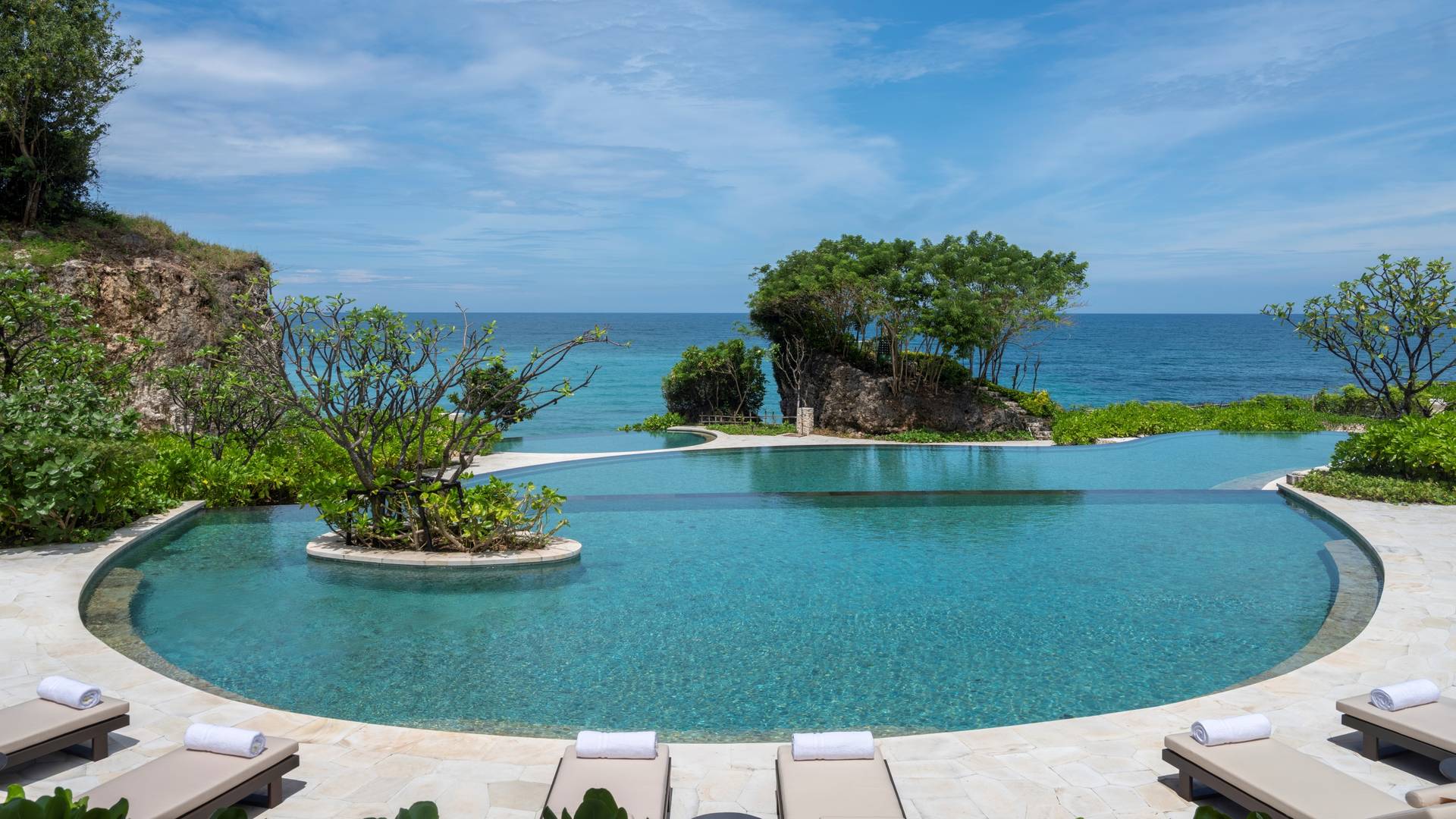 Relax amid an atmospheric retreat

Situated in the beach area of Uluwatu – amid the pristine Pecatu region – Jumeirah Bali offers a sanctuary of tranquillity and relaxation, and its wellness offer is steeped in the traditions of the Majapahit Empire.

The signature Talise Spa is a 1,705-square-metre heaven of tranquillity with five private treatment rooms, steam and sauna facilities, while a lavishly decorated Turkish hammam pays homage to the Arabian influence that the Majapahit Empire experienced towards the end of its reign. As a result, it’s possible to experience Turkey’s world-famous bath-house culture within the lush surrounds of this island paradise.

When it comes to relaxing treatments, holistic facials, healing and energising massages, cleansing scrubs and stress-release therapies are based on ancient Balinese techniques and traditional herbal preparations. Days begin and end with sunrise and sunset meditation sessions led by Jumeirah Bali’s resident master yogi, and there’s also the opportunity to experience a traditional water purification ritual. Believed to clear negative sensations and prepare body and mind for the day ahead, the Blessings of Bali ceremony is the perfect way to immerse yourself in the culture and traditions of this fascinating island. 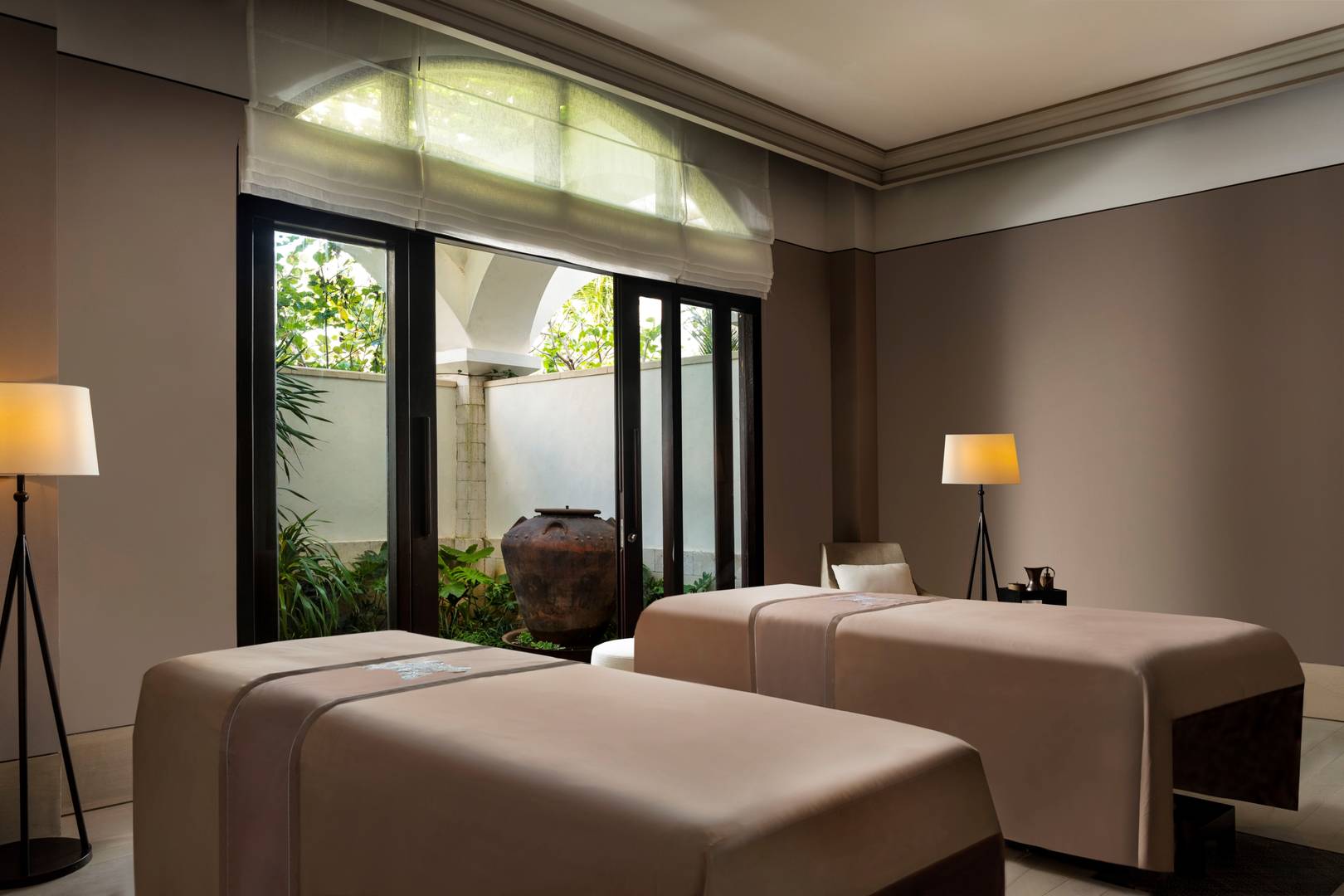 Soak up the serenity of Bali’s beautiful coastline from one of our stunning private villas, set within Jumeirah Bali.