Abu DhabiIn search of the humpback dolphin In Abu Dhabi

Spot these rare and majestic sea creatures in their natural habitat

Think of the Abu Dhabi coastline and your mind will probably conjure up images of high-rise skylines and opulent maritime developments. But what about the marine life? Hidden in the Arabian Gulf is one of the world’s most playful and intelligent creatures – the humpback dolphin. A recent study conducted by the Environment Agency — Abu Dhabi (EAD) found that over 700 humpback dolphins live close to the coast of Abu Dhabi, making it the largest known population in the world. 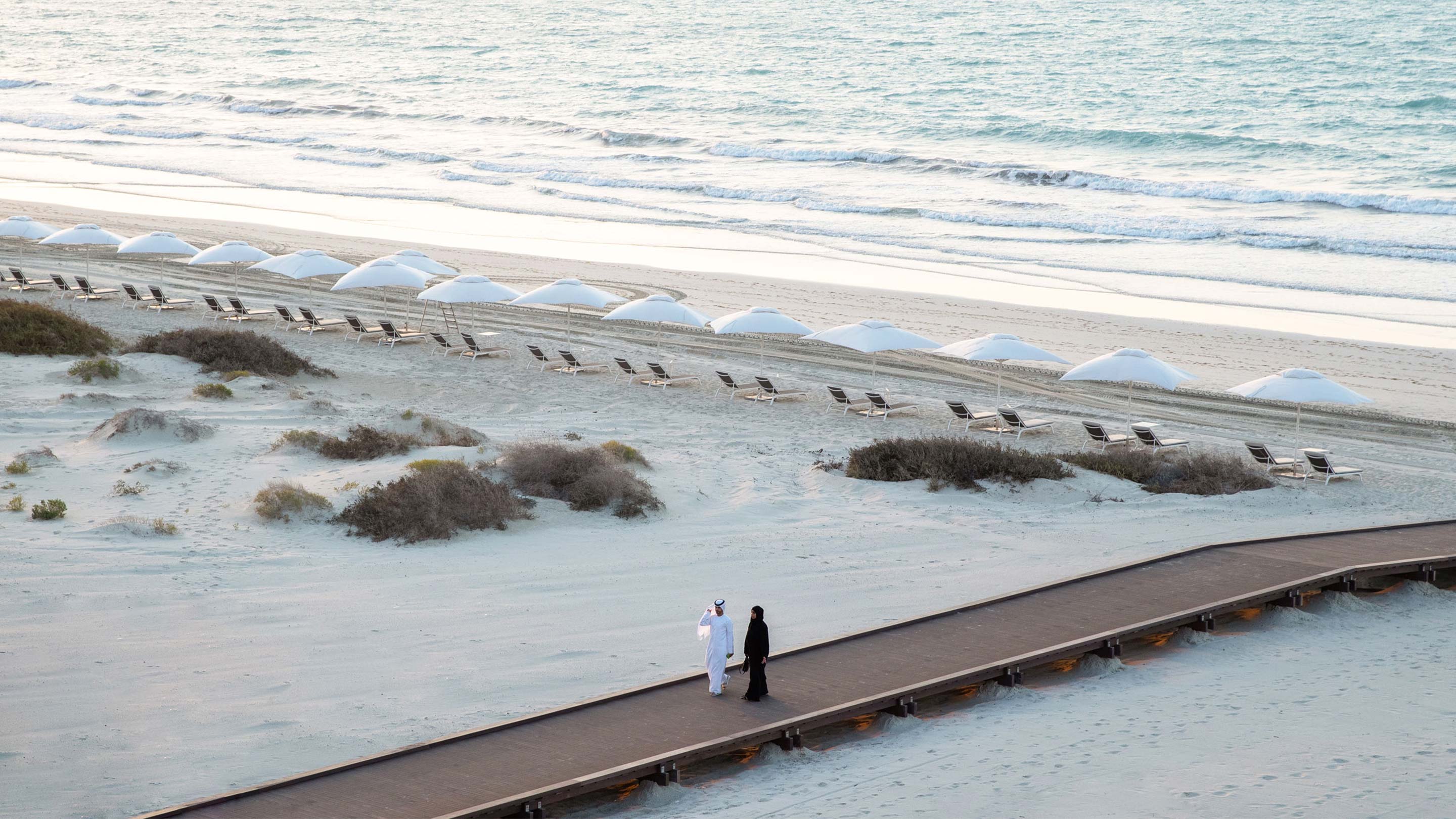 Humpback dolphins are apex predators that hunt and live together in small social groups. Growing to around two metres in length and weighing over 100kg, they cut through the coastal waves with their sleek, dark-grey bodies and signature spouts. Recognisable by their elongated, hump-shaped dorsal fins, Humpbacks prefer shallower waters, staying within three kilometres of the shore and at depths of no greater than 25m. This means they can be easily spotted off the coast of Abu Dhabi. 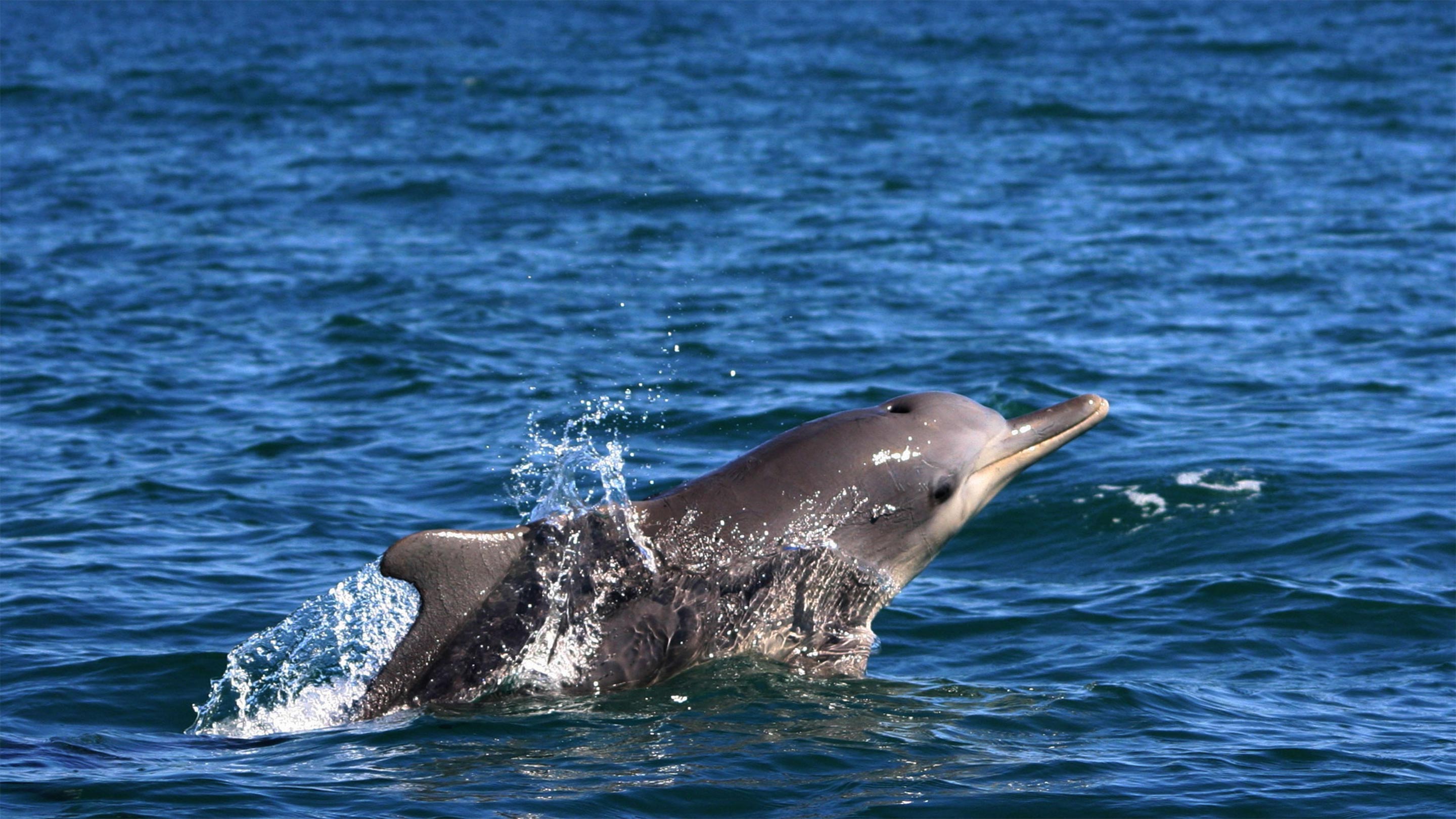 Up close and personal

The EAD’s study took place from 2014 to 2015 and during this time researchers spent 55 days over a period of five months collecting data. The dolphins were spotted on 32 of the 55 days spent at sea, or 58 percent of the time, and the scientists observed 54 independent groups, ranging in size from one to 24 individuals. As both locals and tourists will attest, sightings are frequent thanks to the dolphins’ natural habitat being close to land, and the visibility through the shallow, crystal-clear waters of The Gulf. 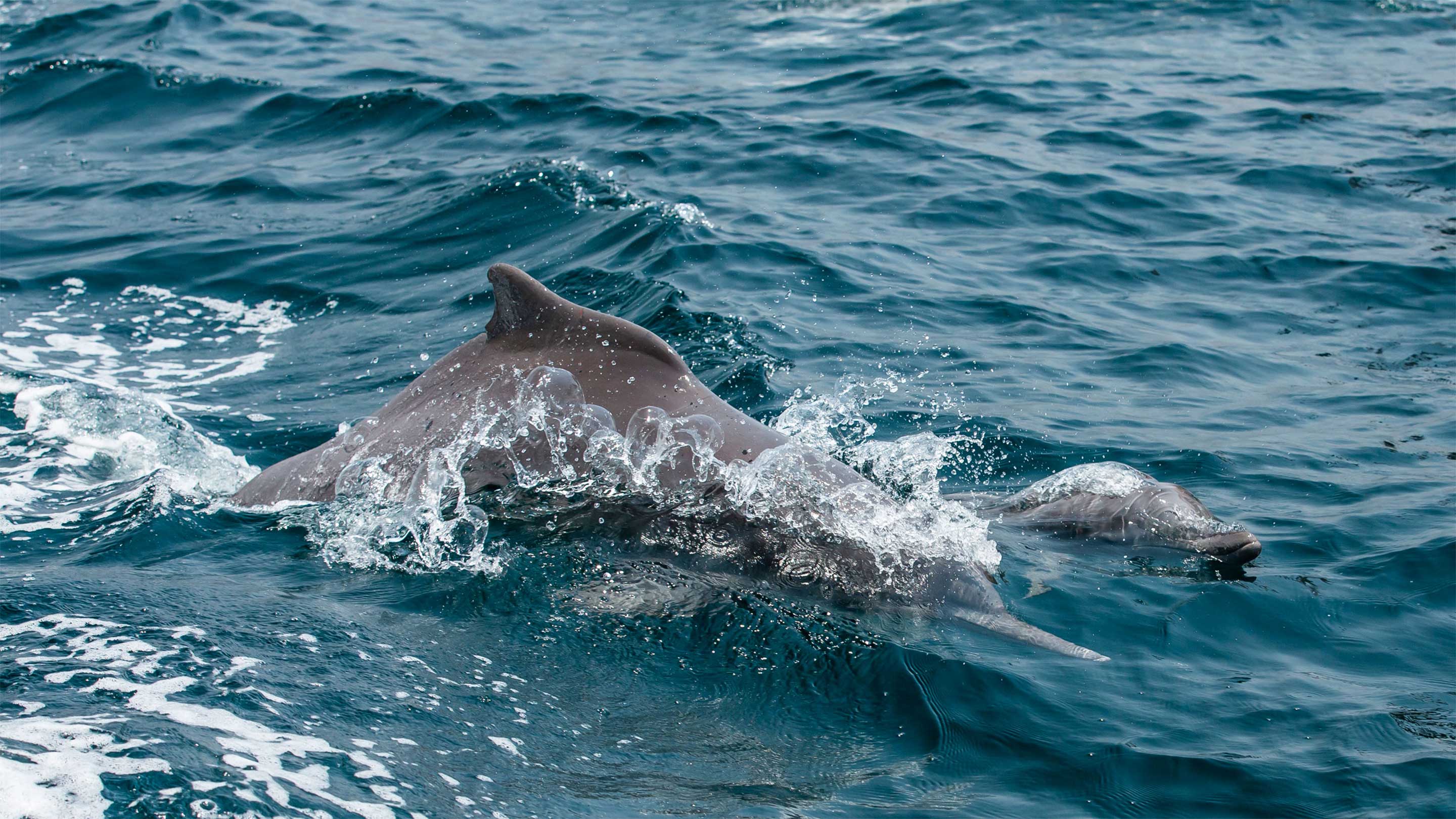 A perfect starting point to see these majestic creatures is Jumeirah at Saadiyat Island Resort, situated on a natural 400m white sand beach. Taking an eco-tour through the nearby Saadiyat mangroves is also an option, as the humpbacks are often seen hunting in the wetland forests that border the sea.