Glittering shorelines and rugged desert aren’t the only natural wonders that the UAE has to offer. The Emirati capital, Abu Dhabi, is surrounded by 110sqkm of mangrove forests; dense wetlands that are home to a wealth of wildlife, including fish, turtles and more than 50 species of bird – including flamingos. Our guide to Abu Dhabi’s mangroves tells you all you need to know, whether you’re paddling along the waterways on a kayak or chartering a boat.

Where are the mangroves?

The Mangrove National Park encompasses a large portion of Abu Dhabi’s eastern coast. Further south is the Eastern Mangrove Lagoon National Park, a protected 8km coastal stretch of forest skirting Abu Dhabi’s airport. There is also a series of mangrove-forested islands that spill out into the Arabian Gulf. 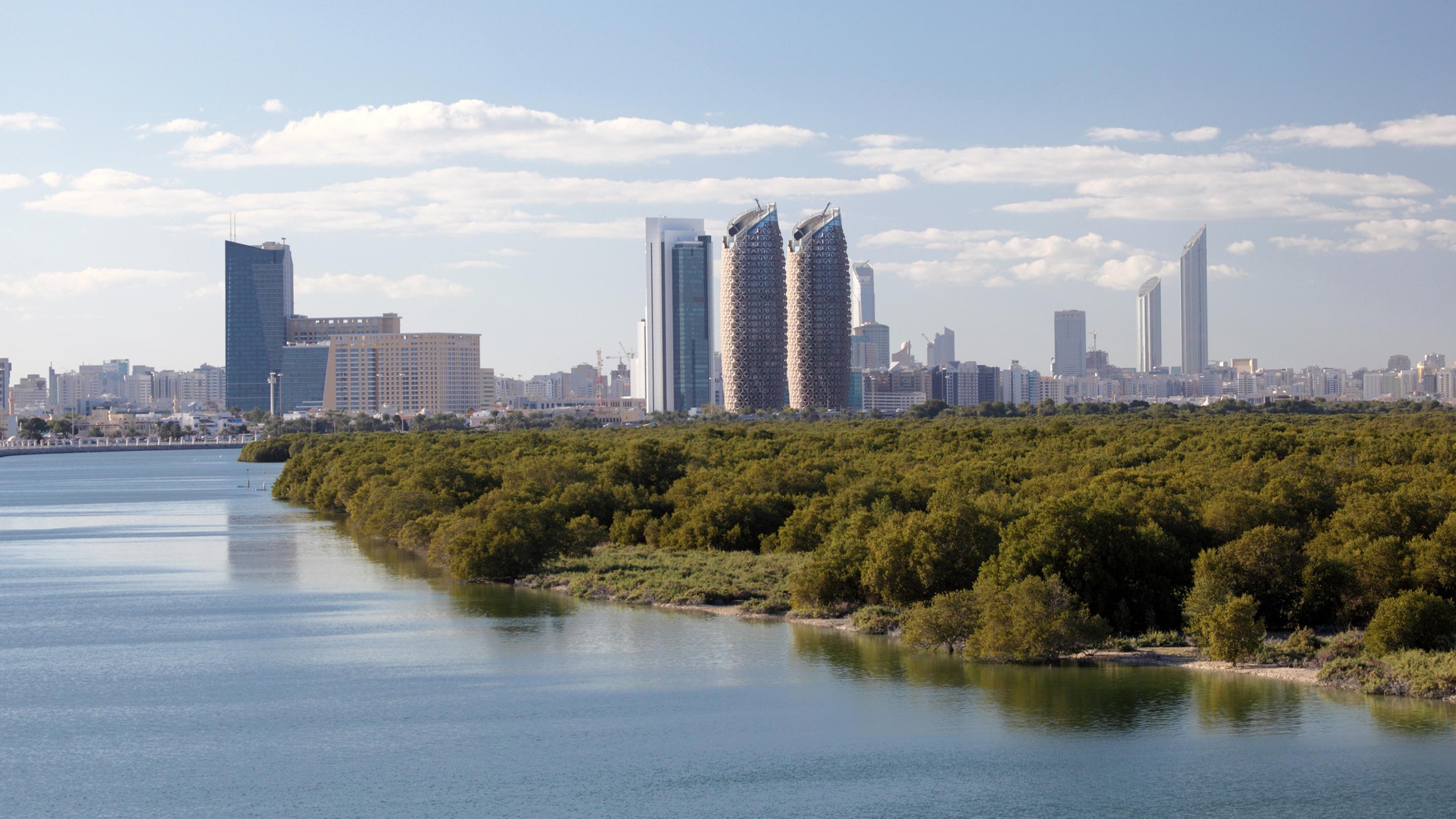 The densely tangled roots and sandy tidal flats that characterise Abu Dhabi’s mangroves are worlds away from the sleek high-rise architecture that dominates the city. To explore these wetlands, your best bet is to negotiate a canoe through the mangroves’ natural tunnels. Duck below branches and roots and look out for humpback dolphins, nesting birds and the occasional manatee. 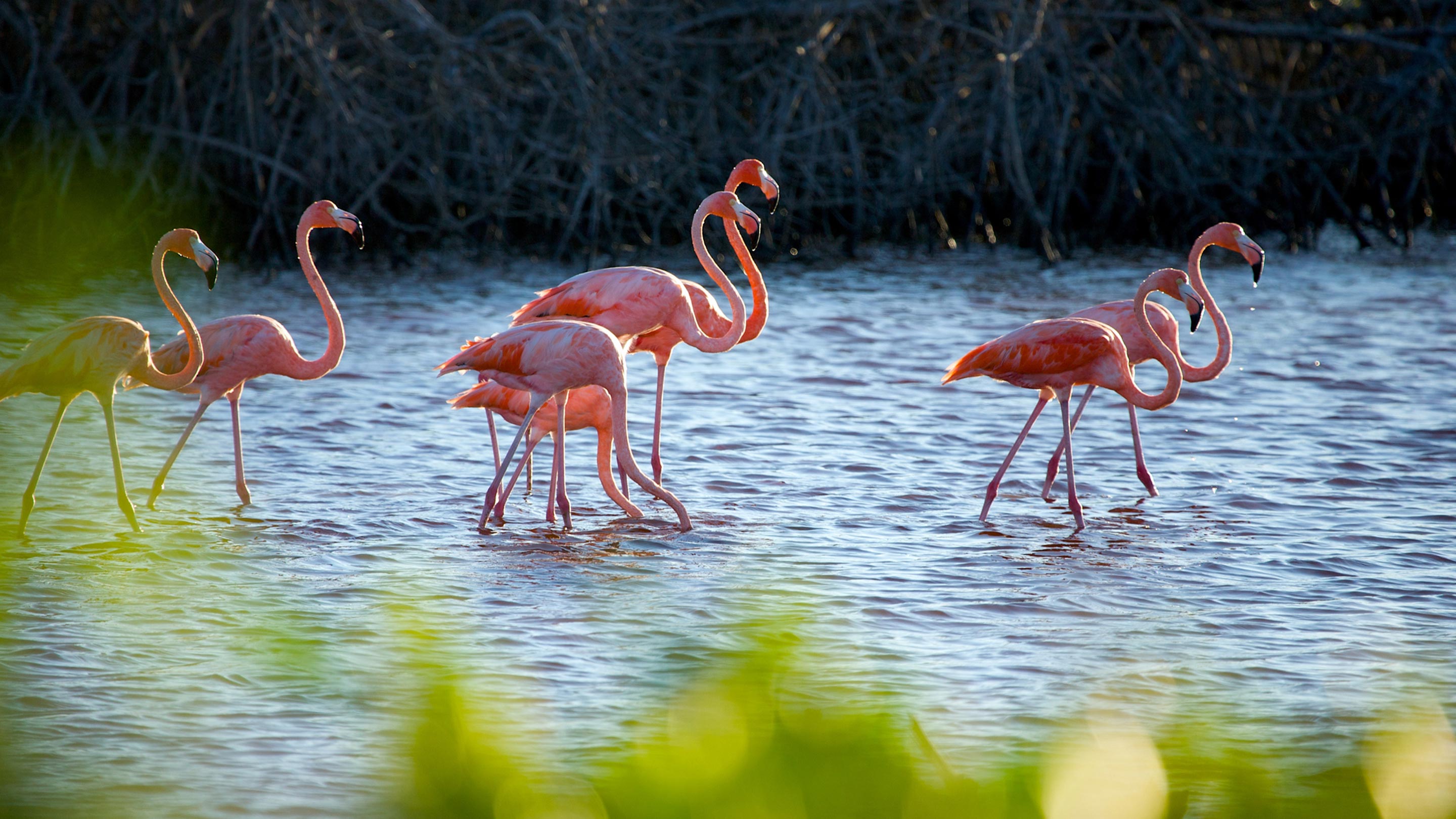 How to discover Abu Dhabi’s mangroves

There are numerous tour operators in Abu Dhabi waiting to show you around. One option is to follow the experts through the waterways on canoes or kayaks. Paddle boarding is also popular and is great for improving core strength. If that sounds like too much exertion, hop on a private boat tour to take you deep into the mangroves. Packages can also include guided walks and private sunset dinners. 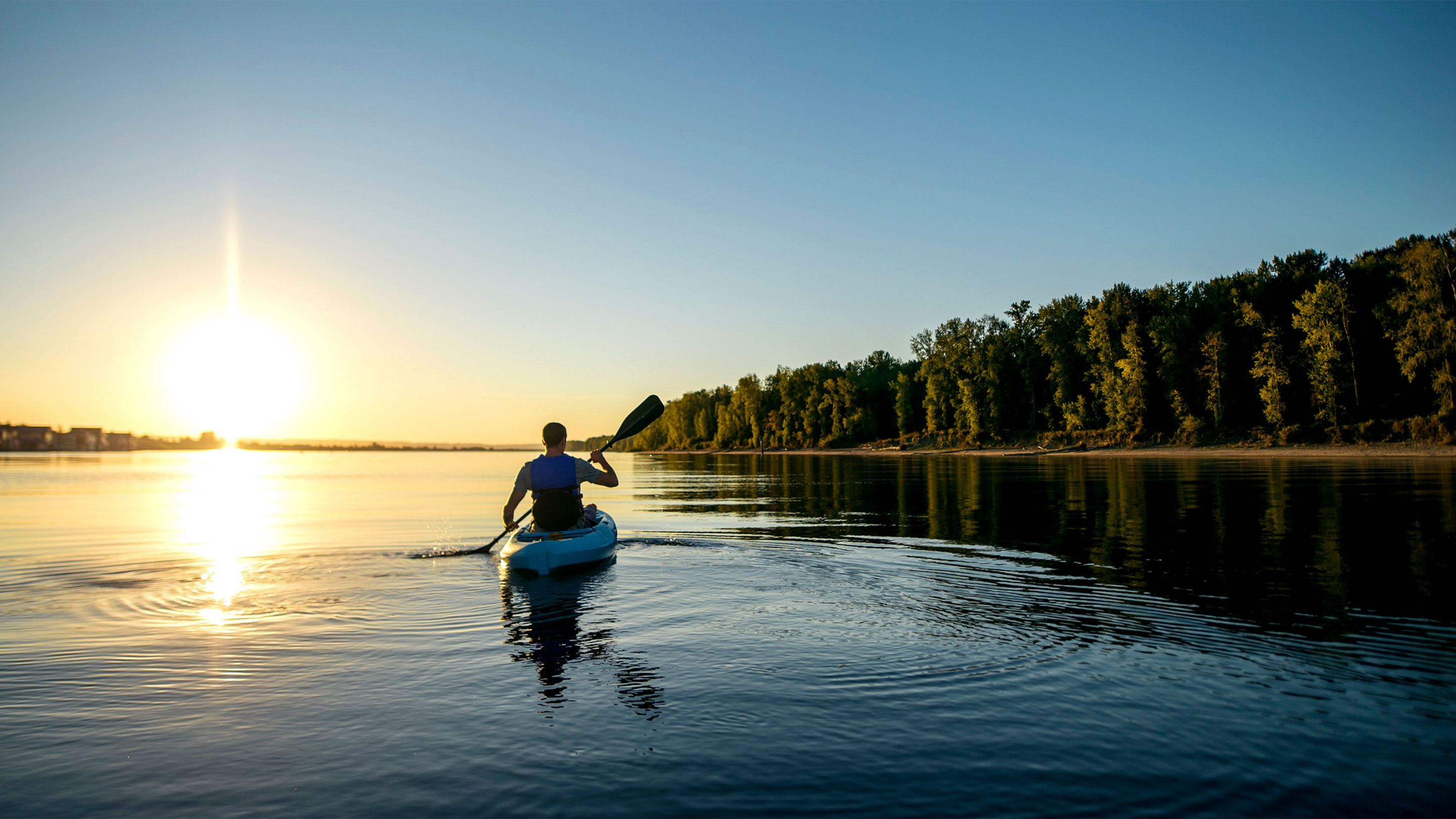 Due to shifting tides and sea currents, some areas of the mangroves are only accessible at certain times of the day. Because of this, it is recommended that you only enter them with a knowledgeable guide.

Abu Dhabi’s desert climate promises clear blue skies and temperatures averaging 30°C and above between April and November. For this reason, during these months it is best to venture into the steamy, sparsely shaded mangroves first thing in the morning or late in the afternoon. In the winter, the region’s climate is far milder enabling more flexible access.