Wanderlust7 incredible adventures to have outside Shanghai

Shanghai is a wonder of the modern world. Its skyline is filled with skyscrapers, its streets glow with the bustle of night markets, and the whole city is alive with the stories of 20 million inhabitants. But sometimes it's good to get away from the pace of the city and, just a short distance from Shanghai, you'll find enchanting water towns, ancient cities, serene lakes and rippling forests of bamboo. Here are our favourite seven adventures to have outside of Shanghai.

About an hour west of Shanghai lies the water town of Zhujiajiao. Dating back more than 1,700 years, the city has been heralded as the Venice of the east, with lantern-lit wooden boats floating down ancient canals lined with classical Chinese buildings. Throughout the city, you'll see bridges dating back to the Ming and Qing dynasties — most famous is the astonishing Fangsheng Bridge, as much the heart and soul of Zhujiajiao as the Rialto is of Venice. 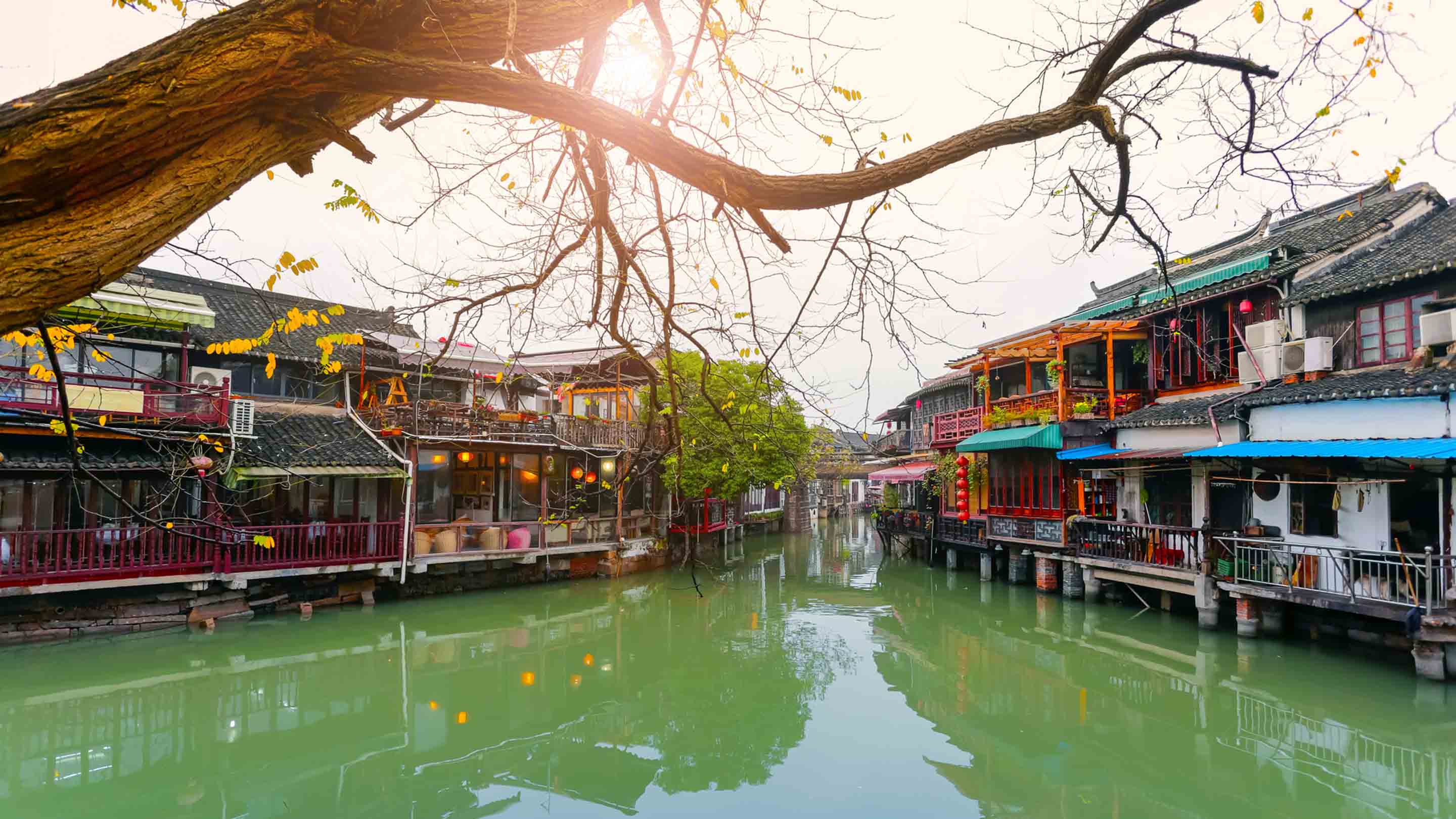 Shanghai’s largest freshwater lake lies slightly further west than Zhujiajiao. Owing its name to the nearby Dianshan mountain, the lake is the source of Shanghai’s Huangpu river. Surrounded by meadows and with clear waters lapping its shores, it's truly stunning. What’s more, the lake is the local capital for watersports, with a dedicated section devoted to windsurfing, sailing, kite-surfing and more.

Another nearby water town is Suzhou (visited by Marco Polo during his travels alongside Kublai Khan). Suzhou exudes all the water town charm of Zhujiajiao, along with beautiful Chinese gardens. The largest of these is, UNESCO World Heritage Site, Humble Administrator’s Garden. Resembling a celestial palace from Chinese mythology, it has been replicated for centuries — most famously, New York’s Met building a replica. 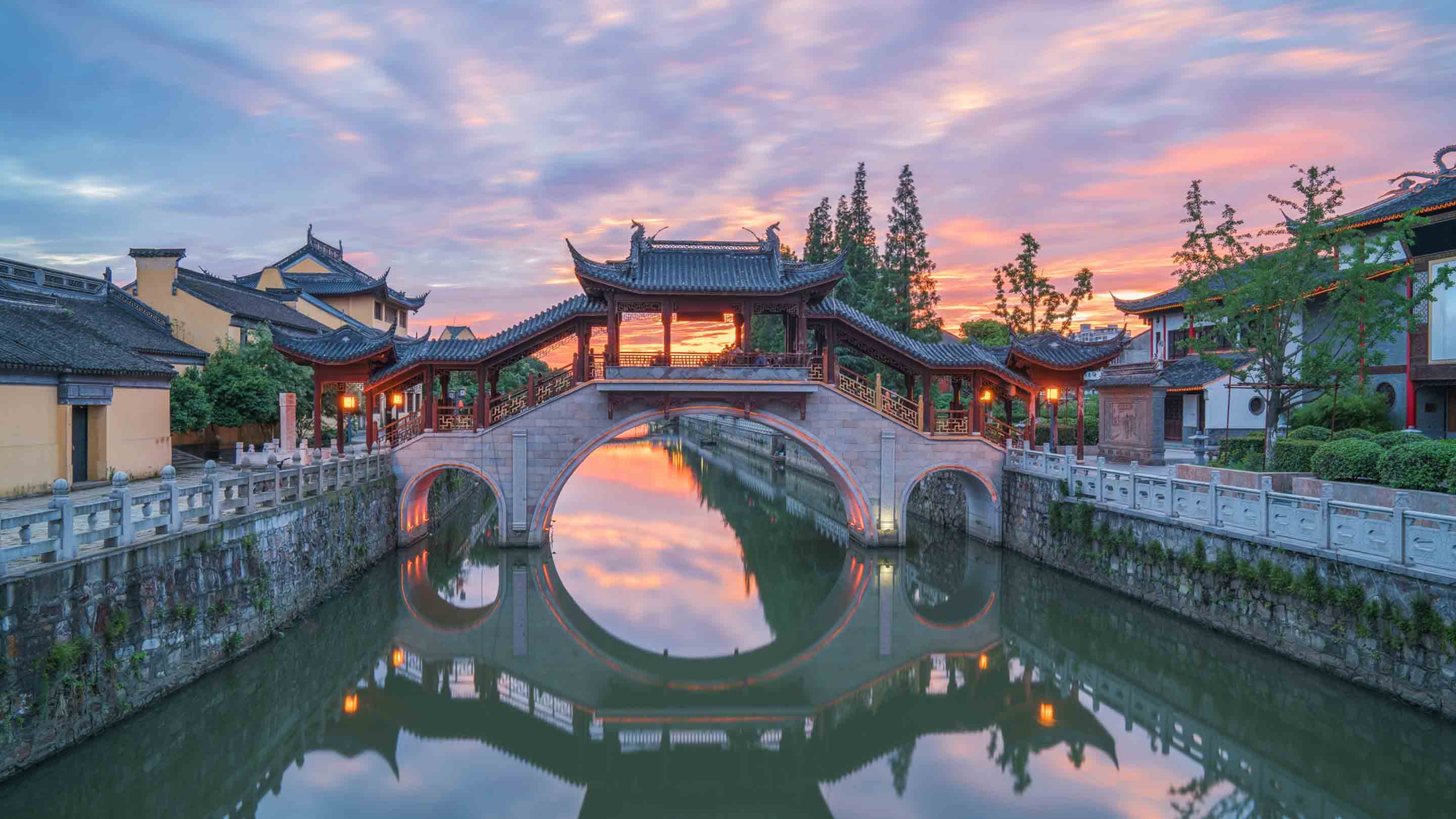 About four hours from Shanghai, Linhai might seem a long journey, but it's a hidden gem well worth the effort. The city is surrounded by low-set Song Dynasty walls that resemble the majesty and legend of the Great Wall near Beijing. When you look out over the ramparts, you'll see the full splendour of Linhai’s green valley and, in the misty distance, rolling, rising hills add yet another atmospheric layer to the landscape.

The island of Putuoshan is also about four hours from Shanghai. The Buddhist capital is both fascinating and surreal, with temples chime poignantly as orange-clad monks perform moving rituals under the warm glow of sunlight. The gabled roofs, stone bridges, and cherry blossoms of Puji temple are a reminder of the island’s cultural and historical significance. 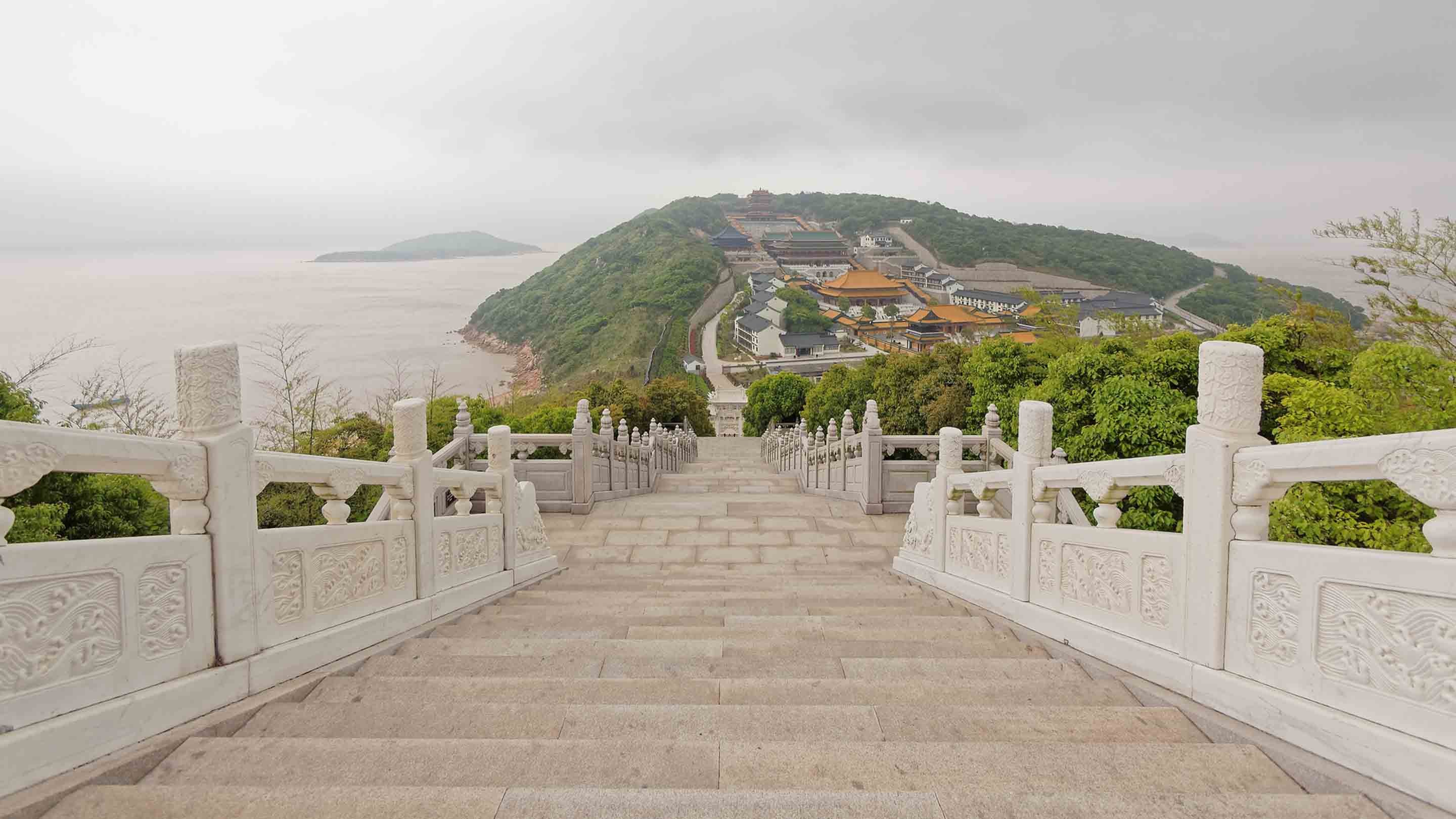 The third water town not to be missed is Wuzhen, often called 'the museum without walls'. Of all the water towns inhabiting Shanghai’s scenic canal streams, this might be the most historic. Alongside ancient waterways and classical architecture, the town is home to dozens of museums that document everything from traditional bed making, to the extinct custom of foot binding.

Two and a half hours from Shanghai are the magical bamboo mountain forests, known as Moganshan. From the very top, the view overlooks miles of untouched bamboo forests that inspired the masterful ink paintings of traditional calligraphers. Meanwhile, the trails that criss-cross the bamboo fields offer a beautiful challenge for beginner and experienced hikers alike.

Perfect as a base to explore the countryside surrounding Shanghai, Jumeirah Himalayas Hotel is in the centre of town, close to Shanghai’s principal train stations.