“Perfect tranquility reigns" wrote the poet and long-time Mallorcan resident, Robert Graves, about his adopted island. The evergreen destination is blessed with a mild climate and an abundant landscape, still largely unspoilt by its popularity. Those with an adventurous spirit (and a head for heights) can explore deeper into this Mediterranean idyll by cycling along some exhilarating routes close to Jumeirah Port Soller Hotel & Spa.

Those who brave the Col de Soller ascent, with its 50 hairpin bends and vertiginous views of tumbling olive groves, are rewarded with the discovery of the eden-like Jardins d’Alfabia. A restful stop-over on the four-hour ride to Deia, the classical Moorish gardens set around a gothic manor house, are enchanting and mentioned in literature from the island’s Arab era. Sit under the ‘garballon’ palm trees, unique to Mallorca, and drink freshly-squeezed orange juice, before getting back in the saddle.

Ride back into 16th-century Mallorcan life at the unusually-named village of Orient, which feels as remote (and atmospheric) as its namesake. Reached by the winding Coll d’Honor, lined with olive trees and bleached stone walls, it is well worth a visit - don’t miss the 18th-century St Jordi Church. An unforgettable descent into Soller is the climax of the spectacular Col de Soller. Set deep in a lush valley of orange trees, the town has a faded grandeur, look out for the influences from those who fled the French Revolution and settled here to trade in oranges and olives. Enjoy a much-deserved delicious orange and basil ice cream in the main square of Plaza de la Constitución. For a more restful return, take the charming vintage tram back to the port. 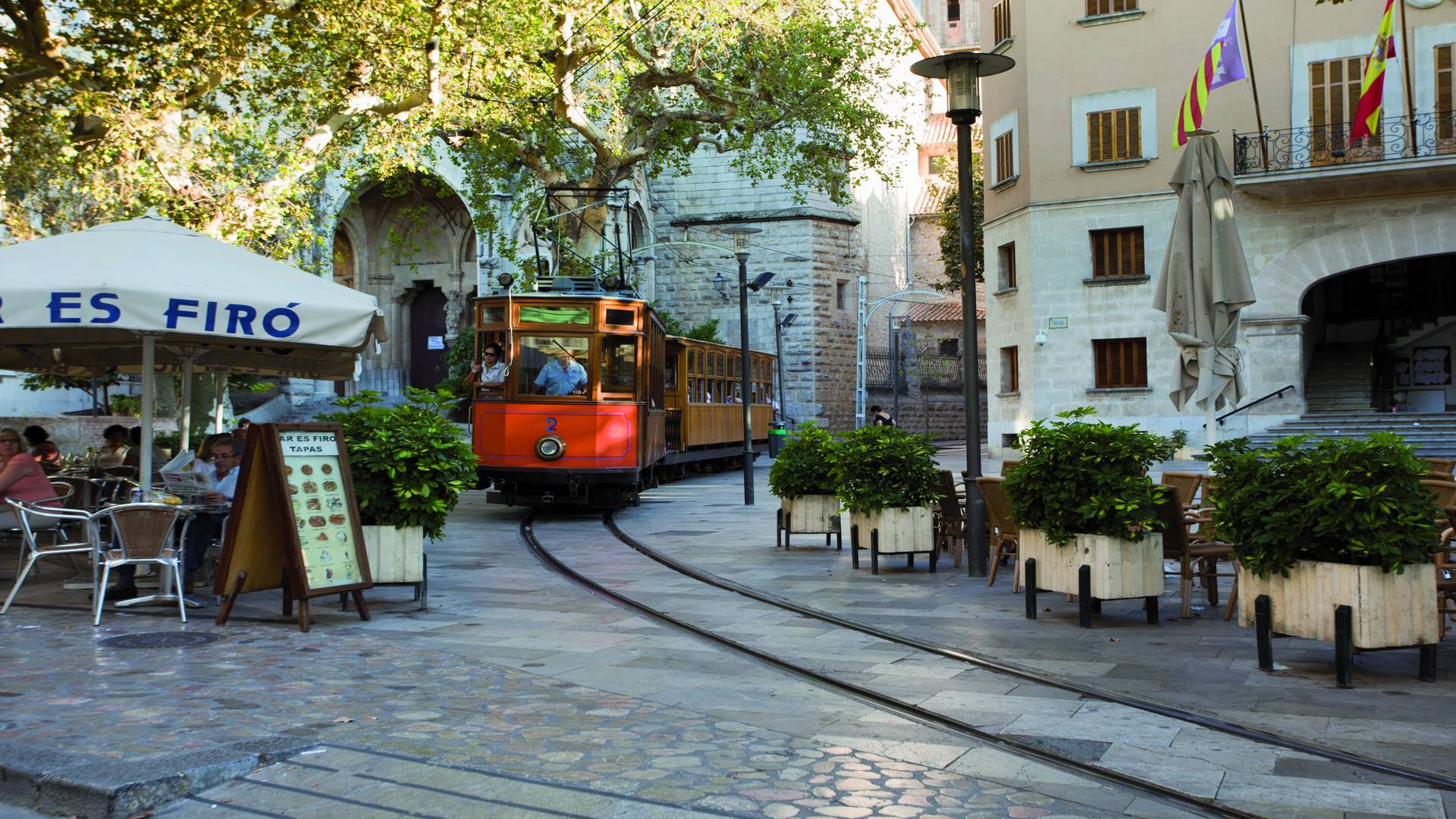 Discover the wild northern edge of the Tramuntana mountains on the 70 km Port Pollenca and Sa Batalla Circle route which is fairly relaxed with 900m of climbing. A great route for those adjusting to mountain cycling, one of the highlights is the ascent to Coll de sa Batalla where the reward is local cheeses drizzled in olive oil and strong coffee taken against the sounds of tinkling goat bells and a pine-scented breeze. Complete the loop by descending the Coll de Femenia, with its heartstopping views of craggy peaks and arrive at the honey-stoned Pollenca, an authentic rural town with a rich history thanks to the Knights Templar, whose shadowy presence can still be felt in the lavish churches and monasteries. Before leaving, sit among the cypress trees and have ice-cream from the small cafe in El Calvari run by a Swedish-Spanish couple.

One for the experienced, Sa Calobra, where Sir Bradley Wiggins cut his teeth for his Tour de France victory, is the island’s most challenging climb. As the ascent grows, it transforms into a brooding lunar landscape with arching limestone cliffs plunging into the azure waters below. It is a three hour course from Port de Soller, sailing past Mallorca’s highest peak, Puig Major, and taking 26 hairpin bends. You will dine out on this experience for weeks after returning home. Refuel with parma ham and local bread beside a natural mountain pool at Restaurant Es Guix in Escorca, located before the start of the main ascent. 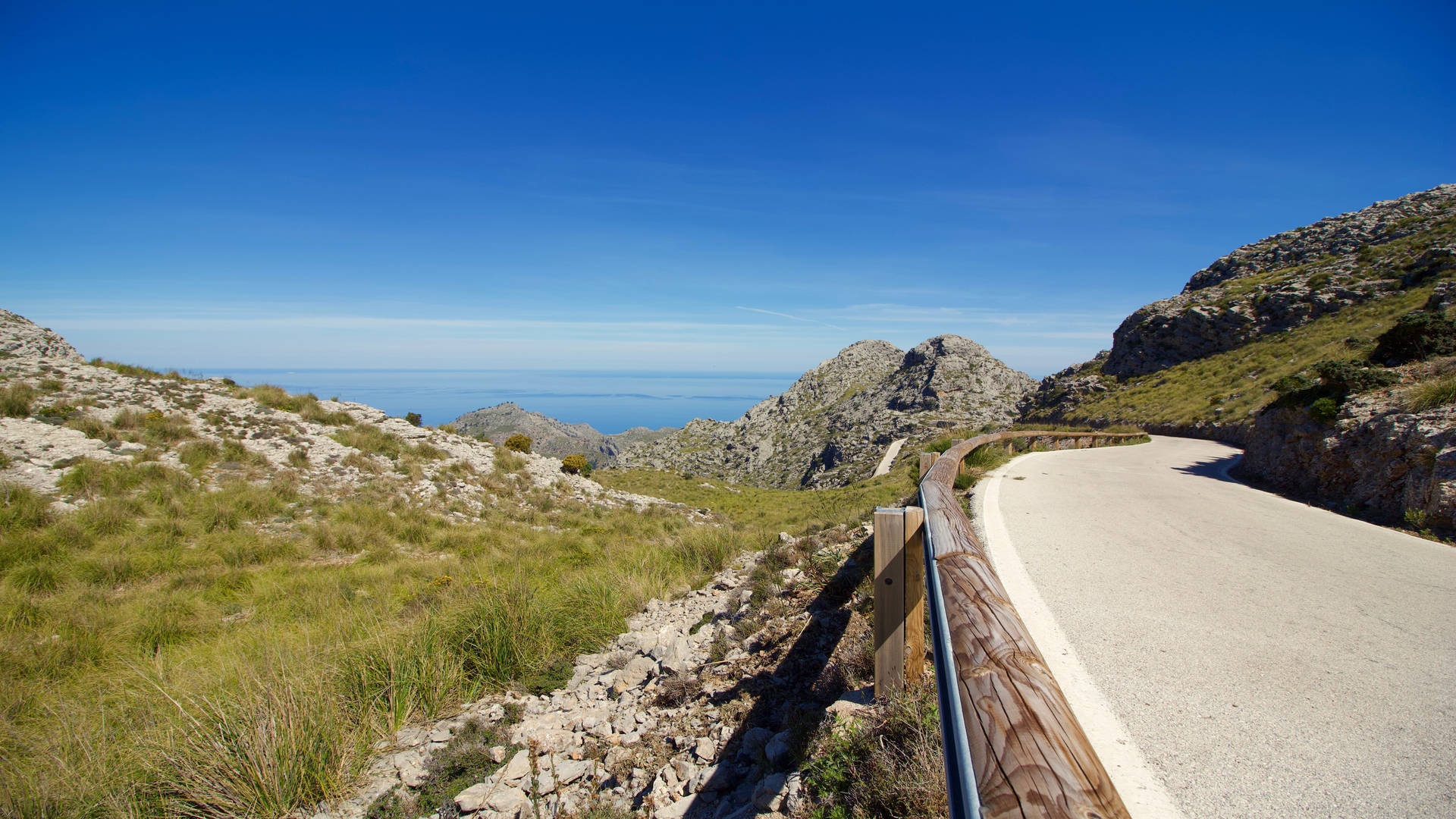 Mallorca’s renowned cycle routes are within easy reach of Jumeirah Port Soller Hotel & Spa and waiting to be discovered. Although bikers are seen on the roads all year, the high season for cycling is from February to May, while September and October are also popular months.